Home » Fashion » I loved my newborn but mourned her sister’s death: The ‘bittersweet’ emotional turmoil one mum battled after her twins were born prematurely at 24 weeks – but only one survived

I loved my newborn but mourned her sister’s death: The ‘bittersweet’ emotional turmoil one mum battled after her twins were born prematurely at 24 weeks – but only one survived

But there was heartbreak in store for the couple as baby Esme didn't survive – but did give her twin, Isla, the time she needed to absorb life-saving drugs. Here Ashley, a teacher, shares their emotional story – and reveals why Christmas will be a bittersweet affair… 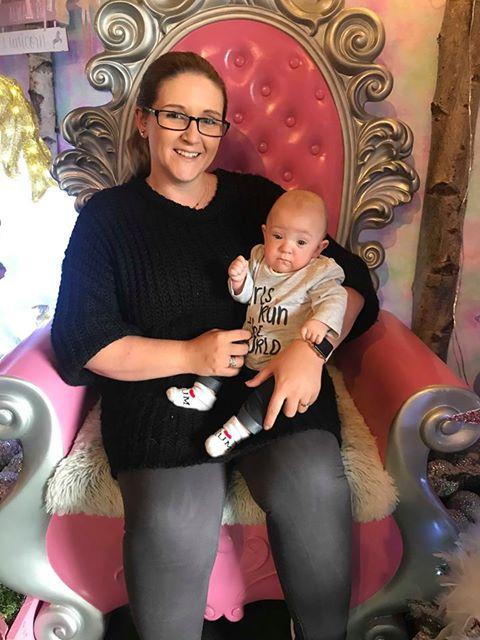 I THINK I always knew one of my girls wasn’t going to make it.

I’d told myself that at 24 weeks into my pregnancy I could relax. Then low and behold, at 24 weeks to the day I went into premature labour. Now I can’t help but blame myself.

My husband Mitchell, 32, and I got married in 2016, having been together five years but had already started trying for a baby two years before that.

We began our IVF journey just after our wedding, having got the go ahead literally as I changed names. 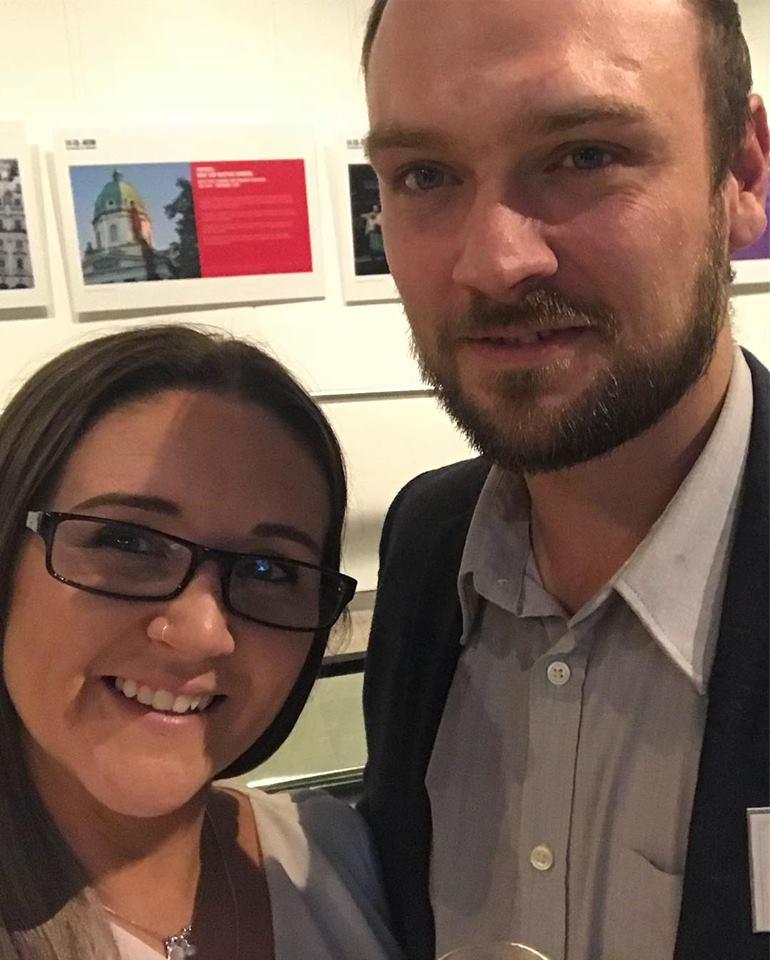 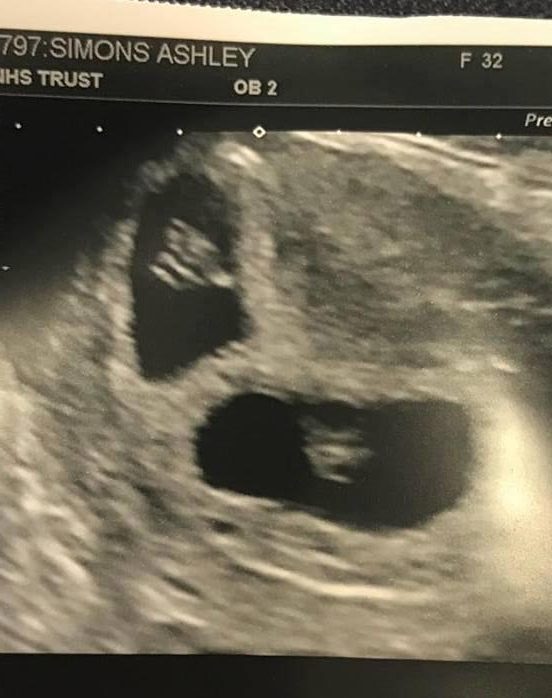 We had three rounds on the NHS; the first try I miscarried, then the second try embryos didn’t defrost and the third time it didn’t implant.

We had our funding removed, so we went to Prague for our final trial, which cost around £5,000. We treated it like a honeymoon as I got to spend a month out there and Mitchell joined me for two weeks.

We had two embryos transferred and they both took. We were so excited – and relieved – to be parents to twins but very nervous after what happened before with the miscarriages.

We were very open with our journey; our friends and family knew about the IVF and I had bleeding from the start.

The day before I went into labour had been a typical Friday – all was fine with the babies and all my friends at work had commented on how high my bump was. 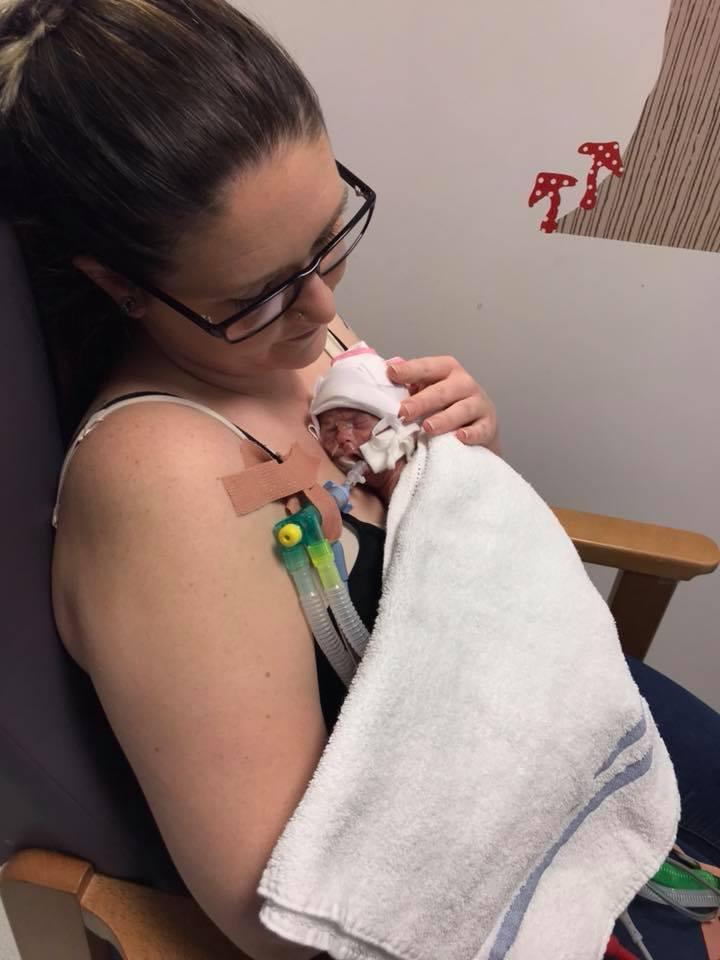 At around 3am on the Saturday morning I woke needing the loo – and when I got to the bathroom my membranes came out intact. That’s when I knew something was seriously wrong.

We were blue-lighted to hospital where doctors tried to stop the labour by pushing the membrane back in. At that point they didn’t know that Esme had come out the back of my waters and pushed the membranes out.

They pumped me full of magnesium sulphate to try to halt the labour and gave me a steroid injection to improve the twins’ lung capacity and hopefully save their lives.

But I was already fully dilated so they decided I needed to deliver that day.

The neonatal team prepared us for the worst. Deep down I knew I was going to lose a baby, but both girls had strong heartbeats up until the last moment so I wasn’t sure whether to trust my instincts.

Despite their best efforts, Esme Sârka Simons was stillborn at 7.16pm on January 20, weighing just 670g. She was the most beautiful and perfect little girl I had ever seen. 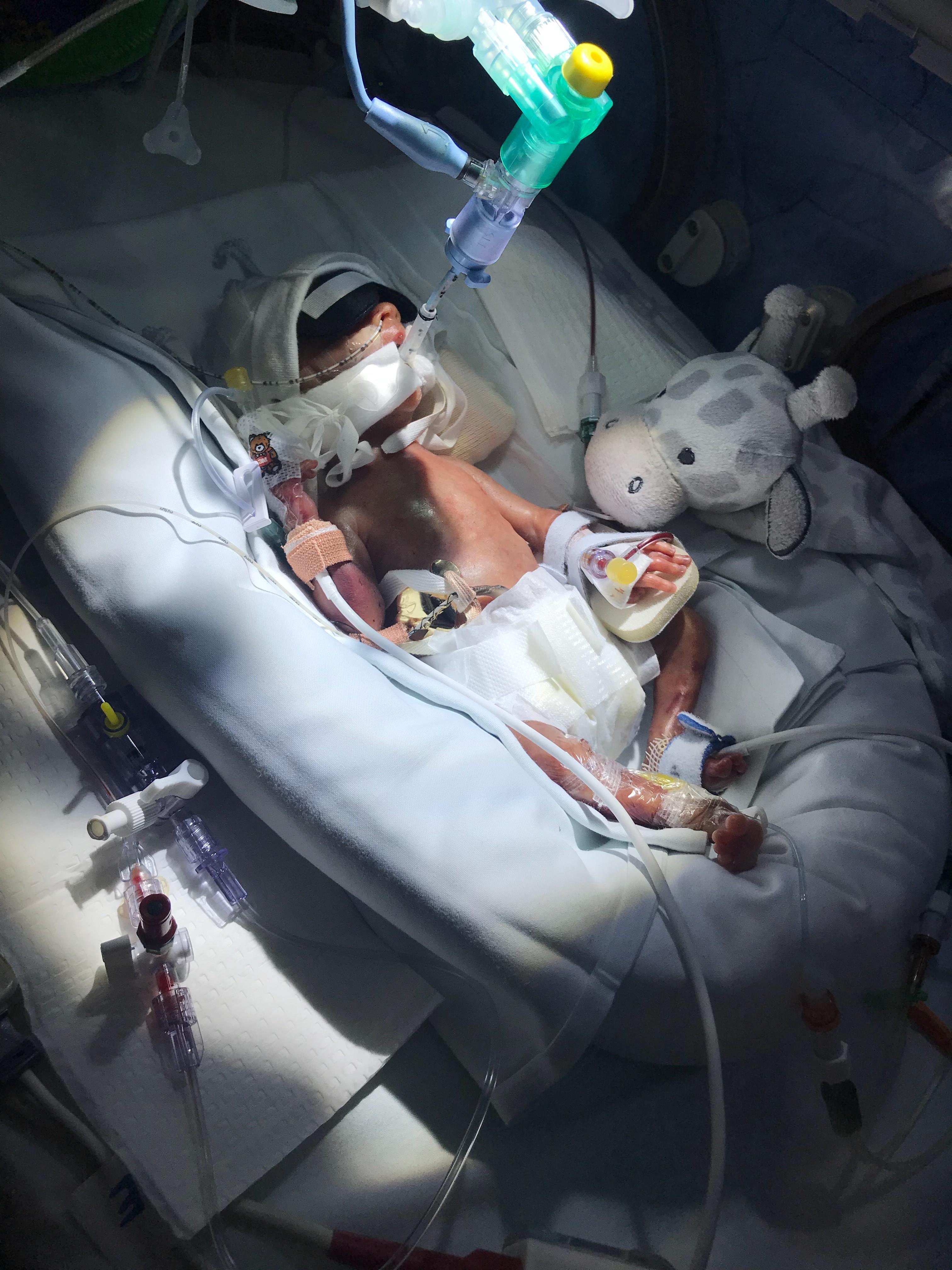 I was told she squeaked and kicked the midwife as she came out – that was when I knew that she was my fighter.

Esme was cleaned up, footprints were taken and we spent the night in the bereavement suite with her. It was a weird feeling – we felt torn having to leave Isla while we stayed with Esme but I wanted to have that one night with her because I knew I wouldn’t get that again.

I held my daughter and told her how proud I was of her for fighting to survive and for helping her sister to live.

Esme saved her sister’s life the night she was born. She planted herself in the birth canal before I got to the hospital and I was given the drugs, which gave Isla time to absorb what had been administered.

Isla was quickly transferred to the Royal London Hospital for lifesaving treatment, which is where she would spend the next five months growing stronger. Before Mitchell and I went to join her, I held Esme in my arms for the last time. 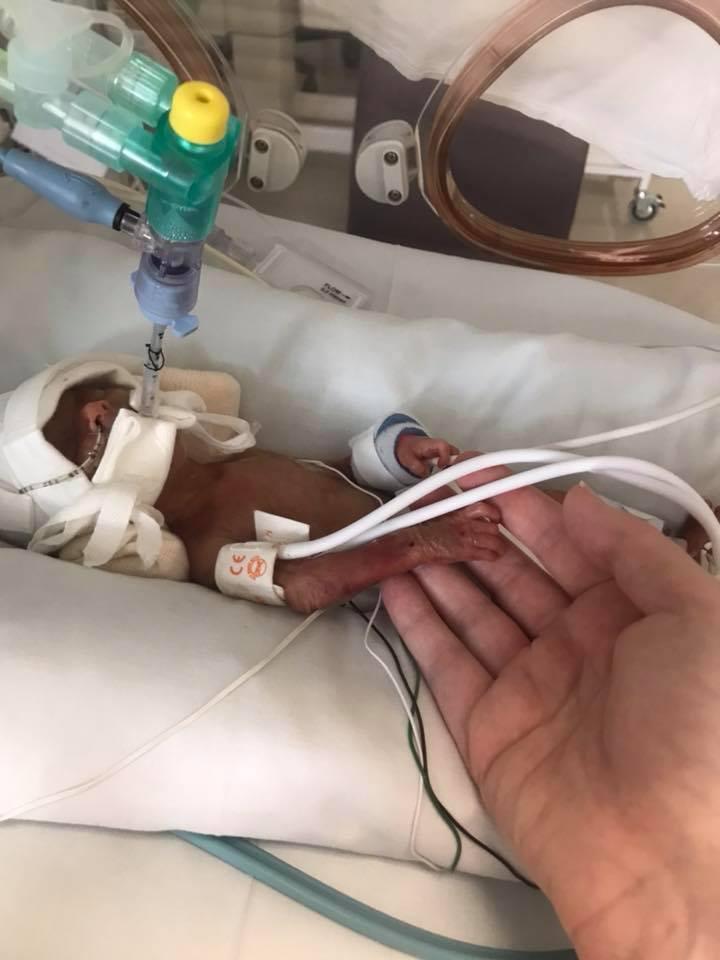 As I looked out of the window, with my firstborn child in my arms, it started to snow and I began to sing Do You Want to Build a Snowman? from the film Frozen to my daughter. I was heartbroken, but it was such a beautiful moment.

The Sick Children’s Trust charity provided us with a room at Stevenson House, their home-from-home accommodation a few minutes’ walk from where Isla was being treated.

Having already lost Esme and with Isla hovering between life and death, it was such a relief for Mitchell and I to be able to stay nearby.

It was a difficult five months. It’s amazing how tiring it is sitting in a hospital staring at an incubator.

I was really lucky as my mum and one of my best friends planned Esme’s funeral exactly how I would have wanted it. It was perfect. I felt guilty that I didn’t help but they knew how much I needed to be with Isla. 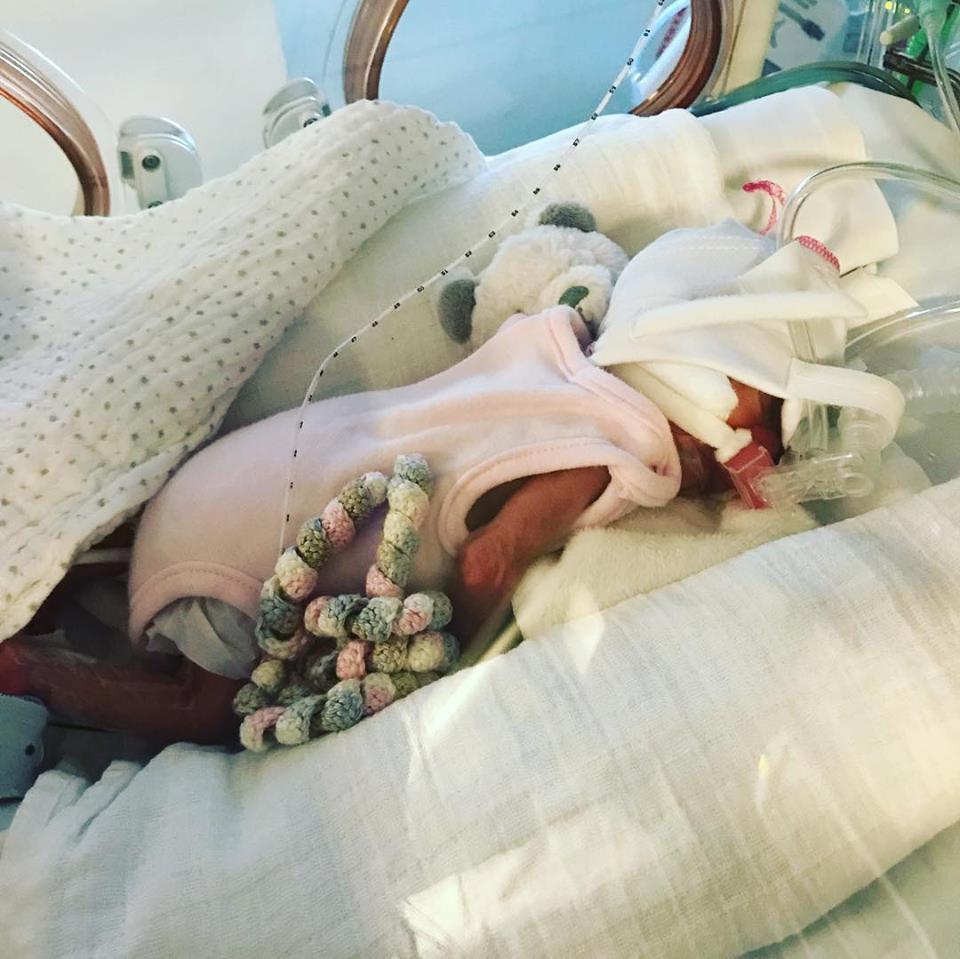 Mitchell coped worse than me. He’s not a talker; he tends to bottle things up and doesn’t cope well until it hits a boiling point, where he gets very emotional and introverted.

I’ve started counselling – Mitchell doesn’t want to do that – and we’re both on medication. He’s not up for talking just yet.

We also gave up our room at Stevenson House, which gave us some normality as we could spend time with our family and our animals. 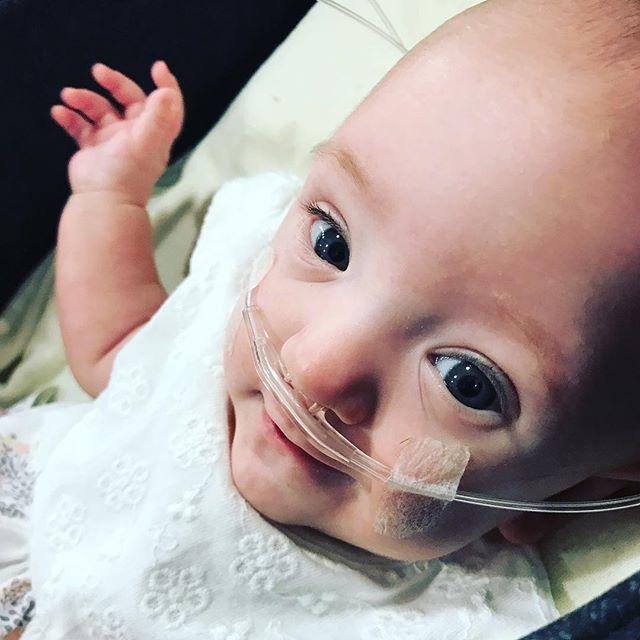 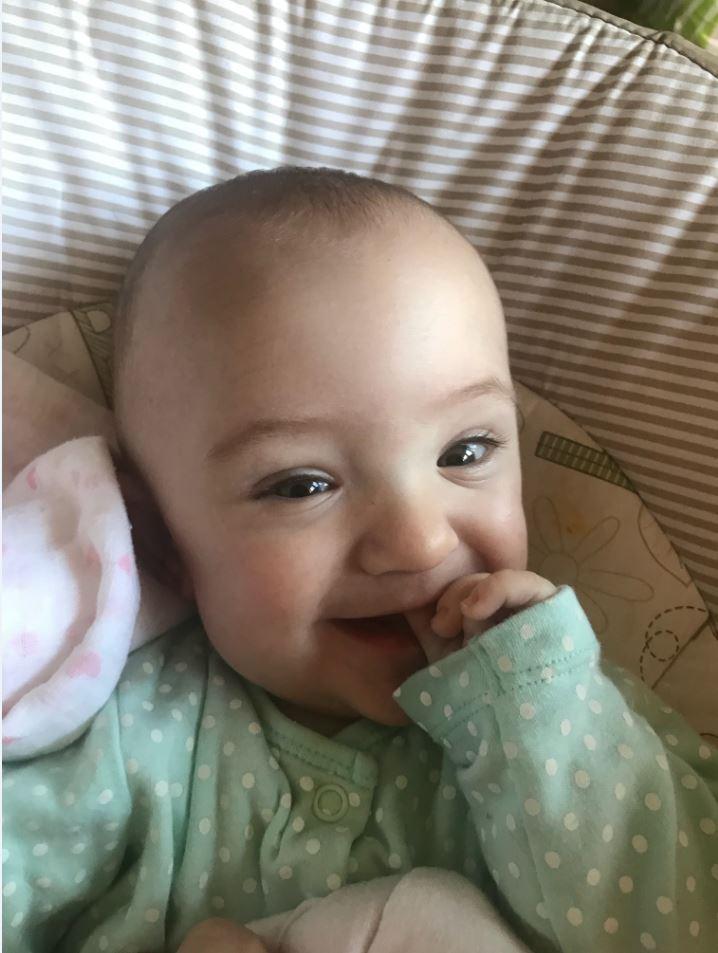 The day they told us Isla could come home we were absolutely terrified. You get so used to the machines and the beeping and seeing the monitors with her oxygen levels and heartrate – how would I know she’s ok without all this?

We didn’t sleep that night – we just stared at her, checked she was breathing, that I’d turned the oxygen on and that she didn’t pull it out in the night.

Isla came off the oxygen after two months, which surprised the doctors, and now she’s doing everything that her corrected age suggests. You wouldn’t think she was premature – she looks like a normal five month old baby. 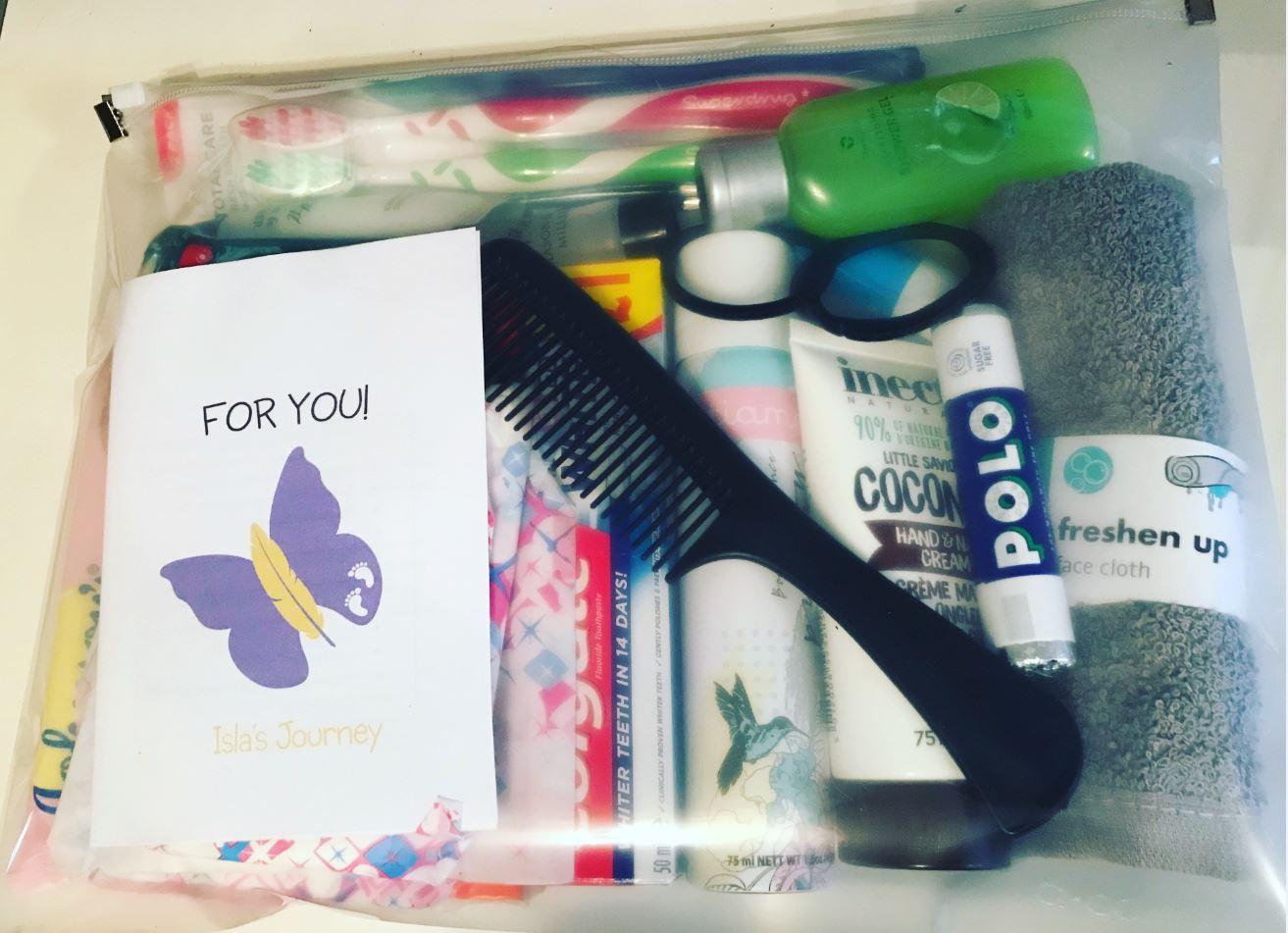 We’re going to go back to Prague, probably around their first birthday, to scatter Esme’s ashes. There’s a nature reserve there called Divoká Šárka, which is where her middle name comes from.

I’d already chosen their names before they were born, and when I looked them up afterwards I discovered Sarka means worrier and protector, while Lenka – which is Isla’s middle name – means fighter and survivor. I couldn’t believe it, I’d just heard the names and liked them – the incredible coincidence gave me goosebumps.

I’m excited for Isla’s first Christmas but at the same time when I’m walking around shops I feel like I should be buying two lots of presents and Christmas dinners. 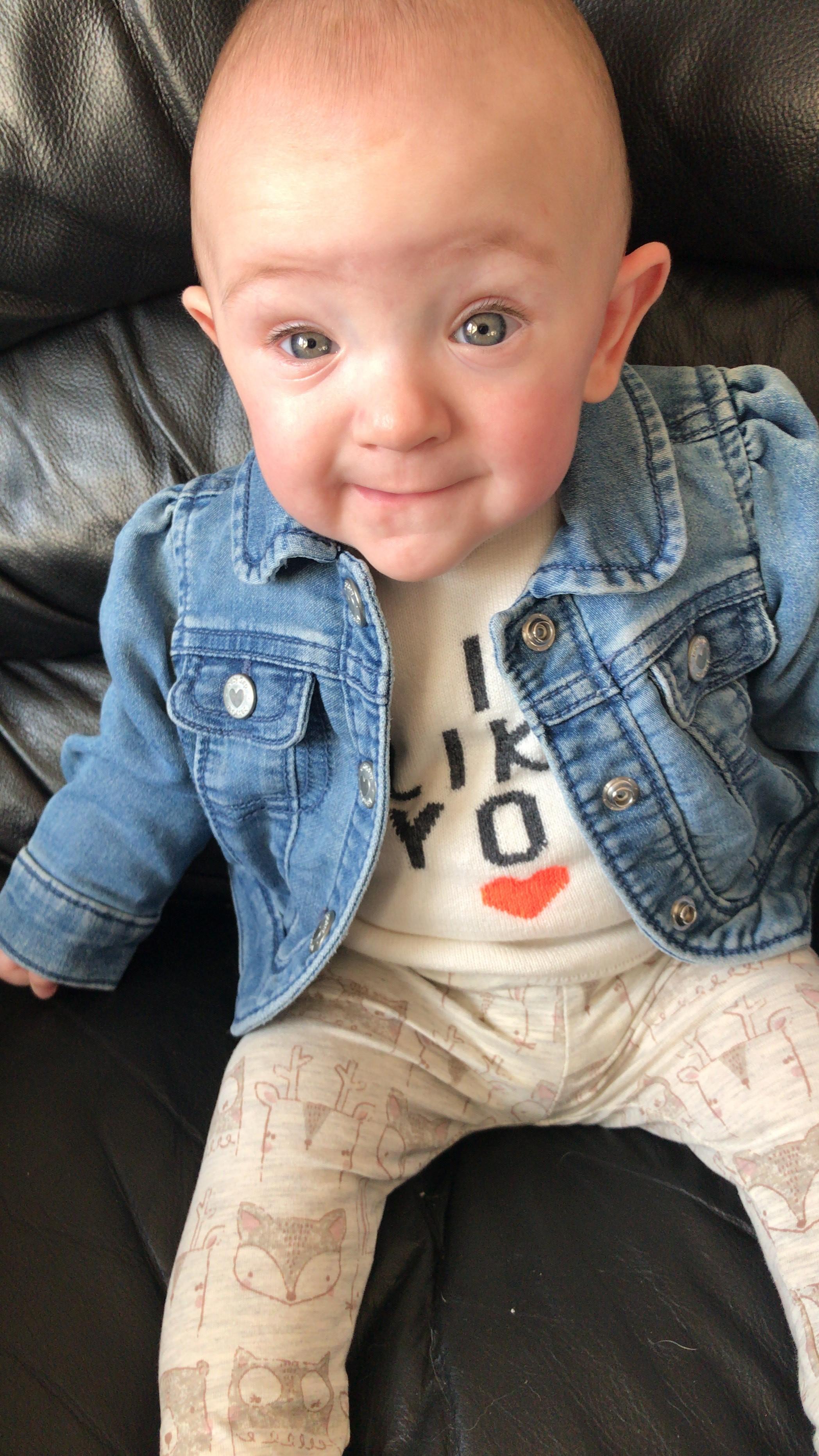 A full term pregnancy is considered anything from 37 weeks on, but eight out of every 100 babies are born prematurely.

A premature birth is anything before the 37th week, and preterm babies will often need special care and support as they are not yet fully developed.

There are three categories to preterm babies: those born under 28 weeks are extremely preterm; between 28 to 32 weeks is very preterm; and anything from 32 to 37 week is moderate to late preterm.

World Prematurity Day is a global movement to raise awareness of premature birth and the devastating impact it can have on families.

Approximately 15 million babies are born preterm each year, accounting for about one in 10 of all babies born worldwide.

World Prematurity Day is an opportunity to raise awareness of premature birth and for organisations to come together and work with partners around the world to prevent it.

Last Christmas I was pregnant with twins, and this year I’ve just got the one, so it’s bittersweet. We will celebrate for both of them and make sure it’s special for her.

We have channelled our grief and energy into helping others and set up a Facebook page and website page, called Isla’s Journey, to comfort and support parents of premature babies. We have also created various care packages to help parents with children in hospitals so that their focus can be on their babies and not the little things they need.

To read more about the family's journey, visit the Isla's Journey website. 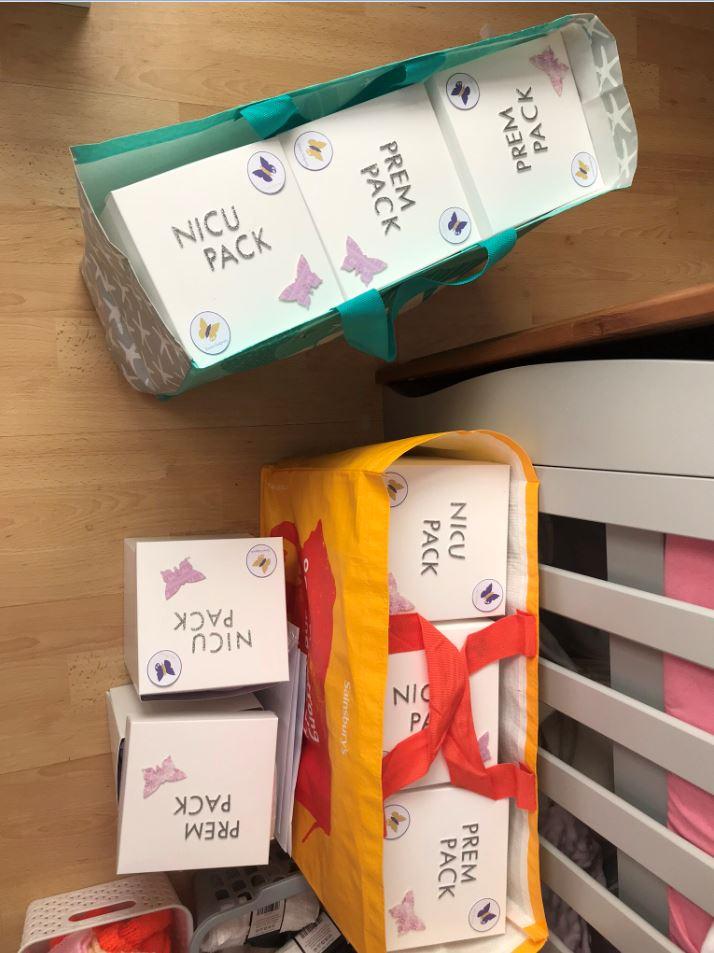 The Sick Children’s Trust provides free, high-quality ‘Home from Home’ accommodation to families with seriously ill children in hospital in the UK.

It costs the charity £30 to support a family for one night.

The Sick Children’s Trust is working to a future where every family with a seriously ill child in hospital will be able to stay together, just minutes from their child’s bed during their treatment. To find out more please visit: www.sickchildrenstrust.org.