Mum-of-three Kim has never been scared of flashing her cleavage for the cameras and on Sunday evening the 38-year-old attended the Hollywood Beauty Awards wearing an eye-popping 1998 vintage gown designed by Thierry Mugler. With rumoured 34D assets, Kim strategically strapped her chest into the black, floor-length dress and said she was "really feeling the look".

Less than 48-hours after wearing the show-stopping outfit, fast fashion giants such as Fashion Nova were already selling a version and fans were searching high and low to get the look.

But away from the team of A-list stylists and a whole ton of tip-tape can a 'real' woman pull off Kim’s look? 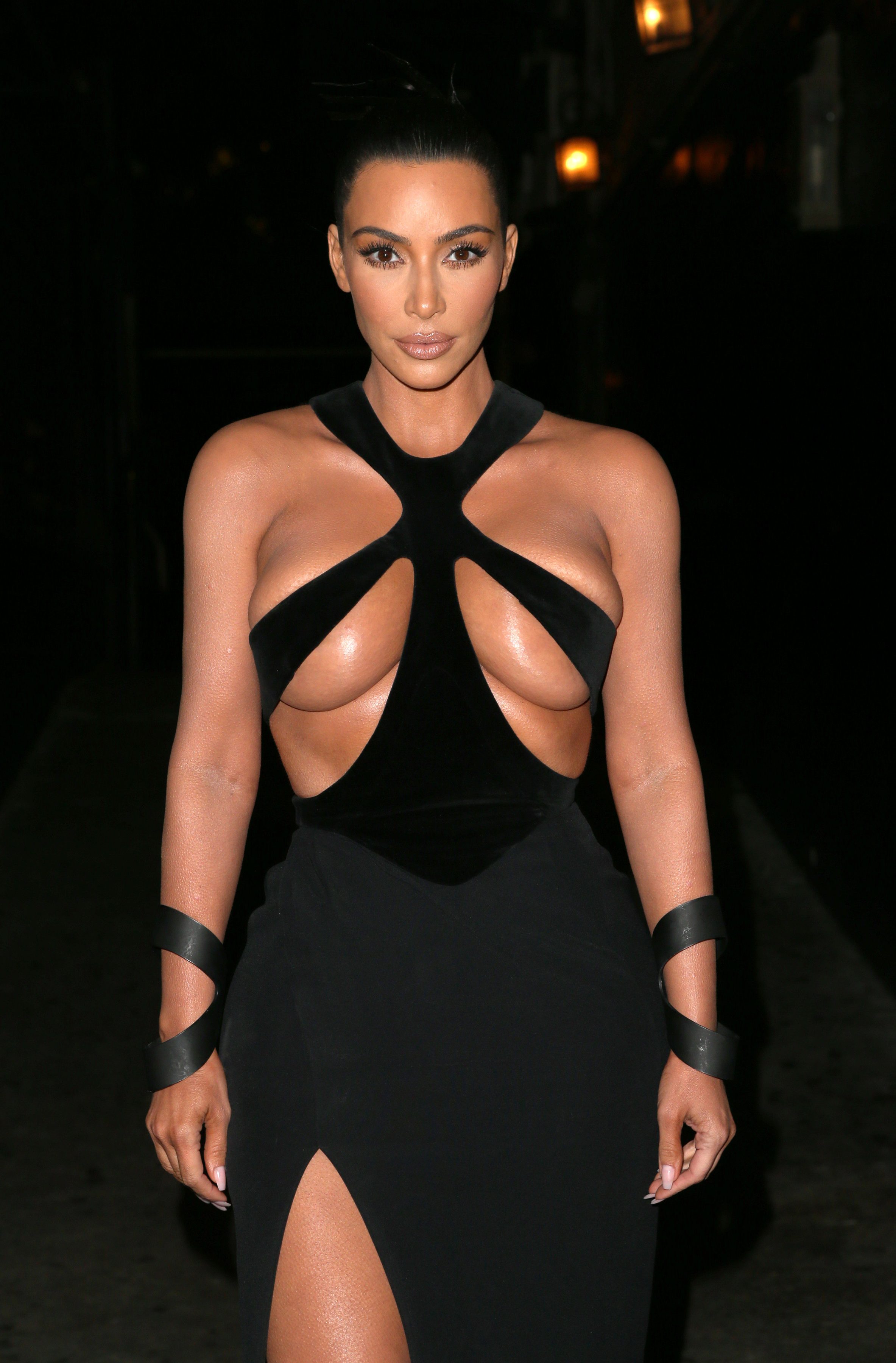 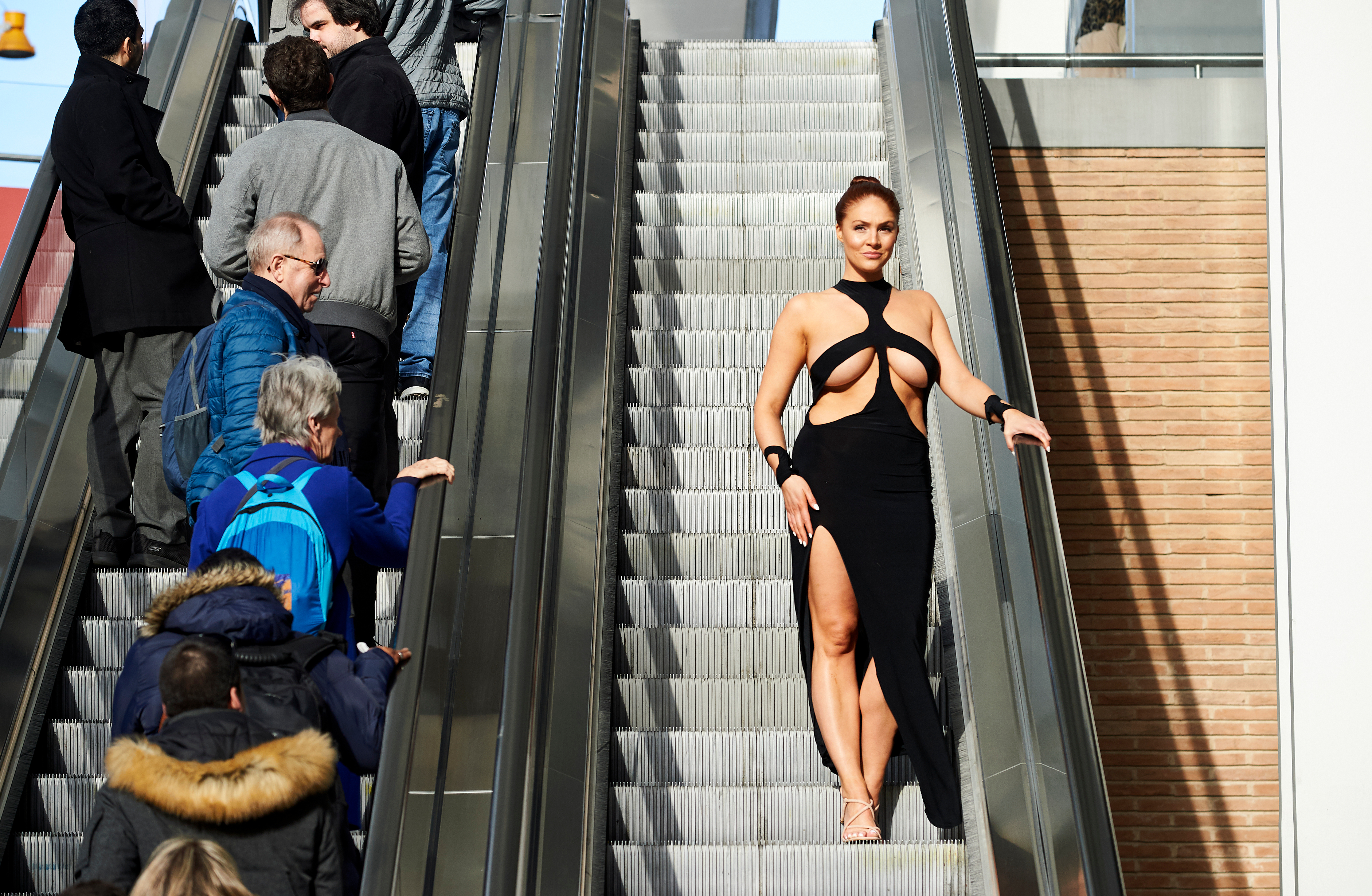 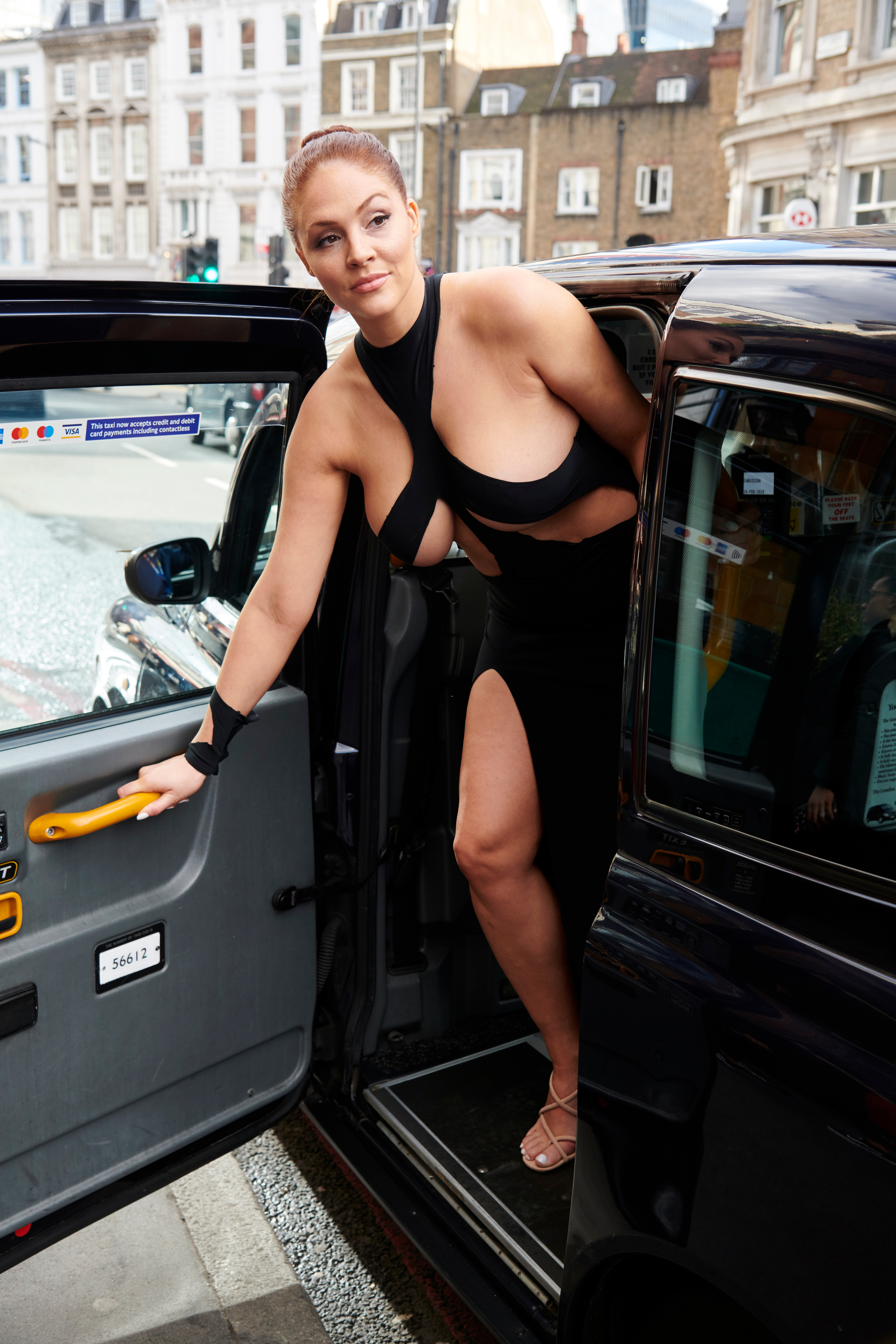 “I was quite taken aback when I saw Kim’s latest outfit – she’s brave, I’ll give her that.

“I have natural 32F boobs and love Kim’s fashion sense but normally I’d NEVER go out with them displayed like this. It’s the equivalent of going out in a tiny bikini.

"There’s absolutely no support so something as simple as walking down the street was tricky.

"I was scared to laugh, cough or get the hiccups for fear of a nip-slip and running for a bus was an absolute no-no too.” 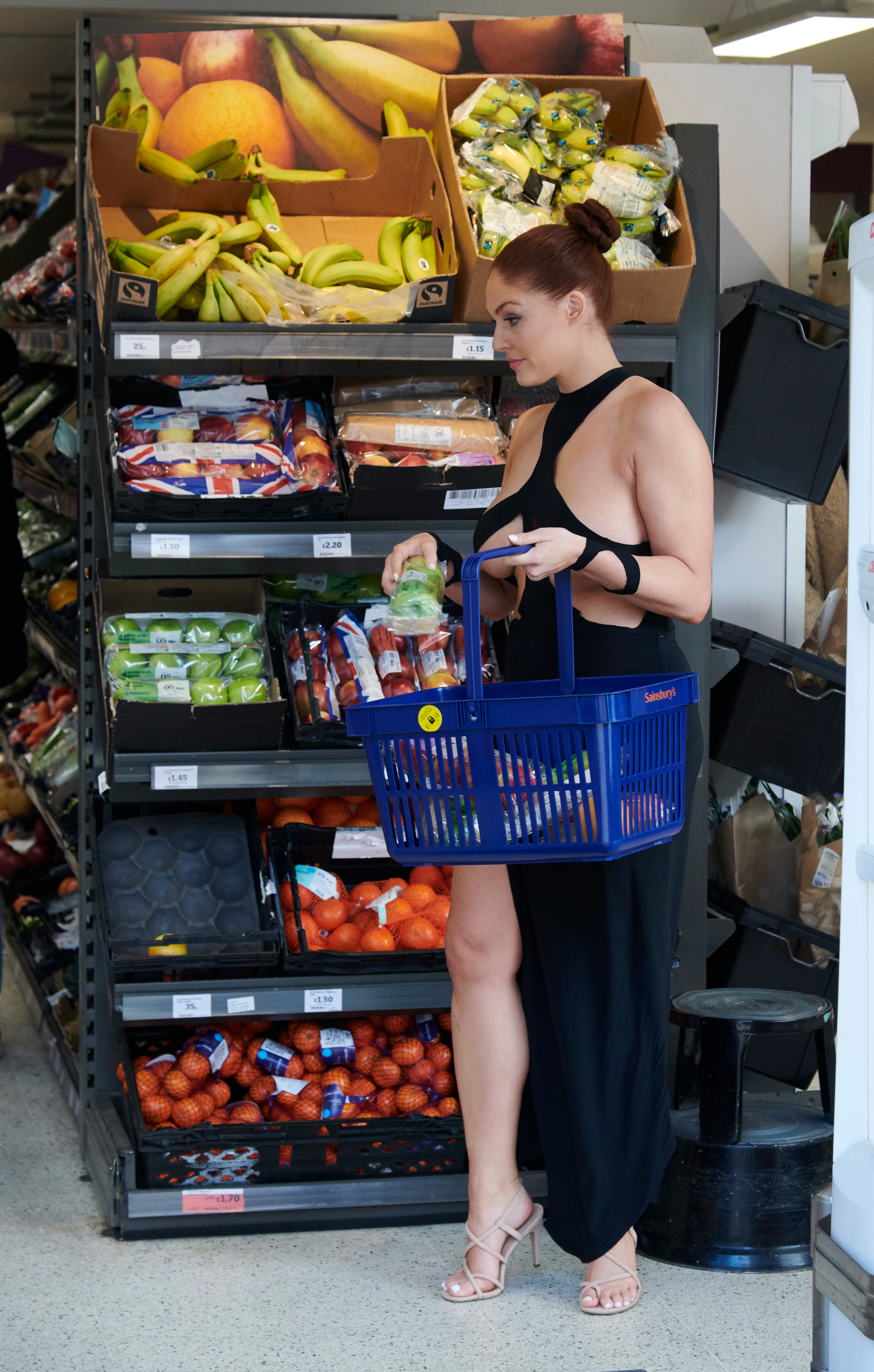 While one man tried to avert his son’s eyes as Stephanie went about her day, another tripped over his own feet trying to get a better look. “I thought I’d seen it all but, wow,” Jeff Bloomfield, 44, from New York, said.

“She must be freezing but she looks amazing in Kim’s dress and could get away in anything,” Charlotte James, 52, from London, added.

Stephanie, on the other hand, isn’t so sure it’s a look she’ll go clubbing in.

“There’s no way you could go out and dance in this, everyone would get an eyeful. I might get a free drink but it is worth it? I’m not convinced.

“On a night out I tend to cover my boobs up – I get my legs out instead, mainly because I’ve never liked my boobs,” Stephanie adds. “If I go out showing them off it gets me the wrong sort of attention but we all know Kim loves the attention, so that’s totally up to her.

“While her outfit has received mixed reviews and isn’t something I’d splash my cash on, I still think she looks amazing. I don’t have kids but if my body still looked like hers after two pregnancies I’d probably wear this but it’s totally impractical for everyday life. 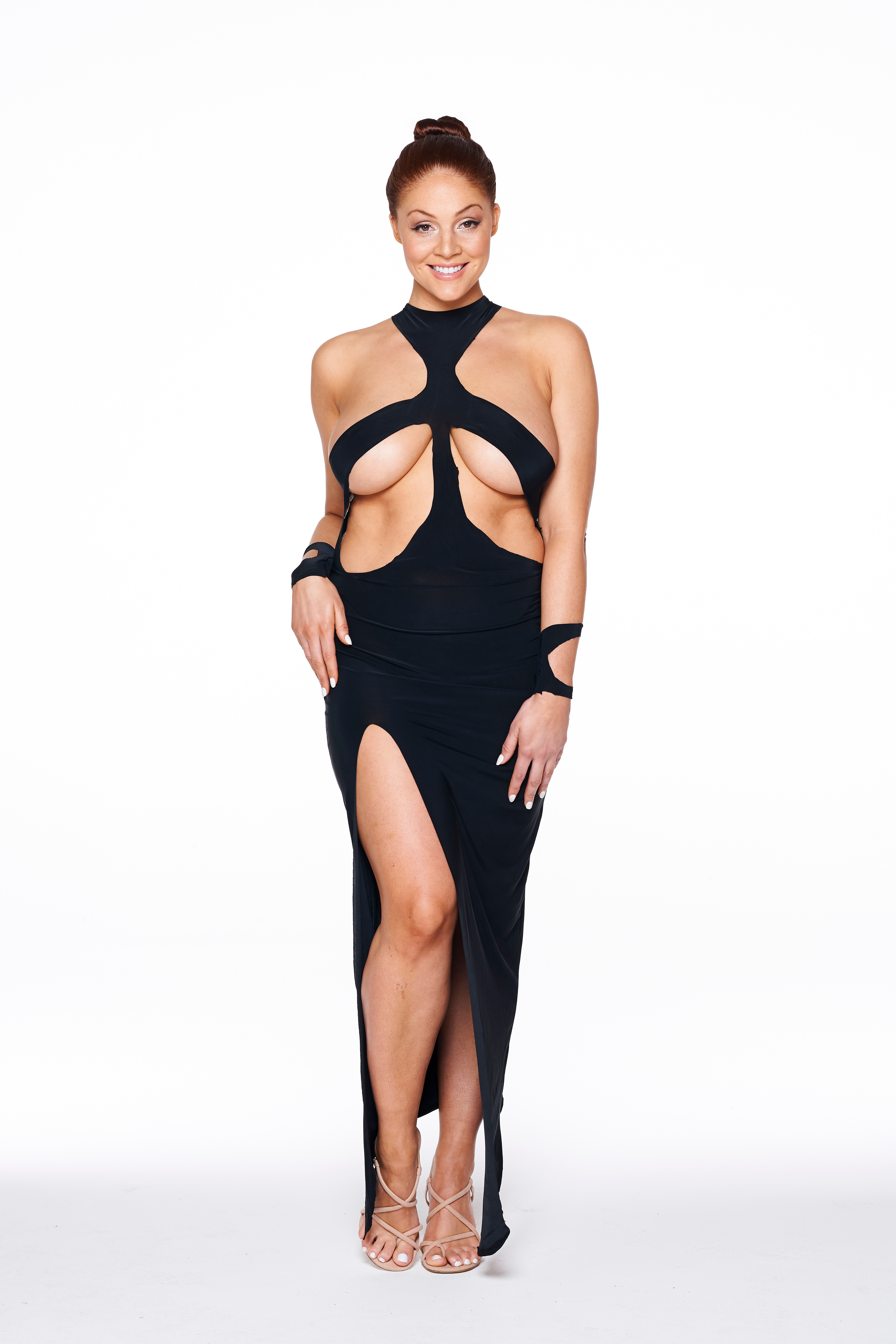 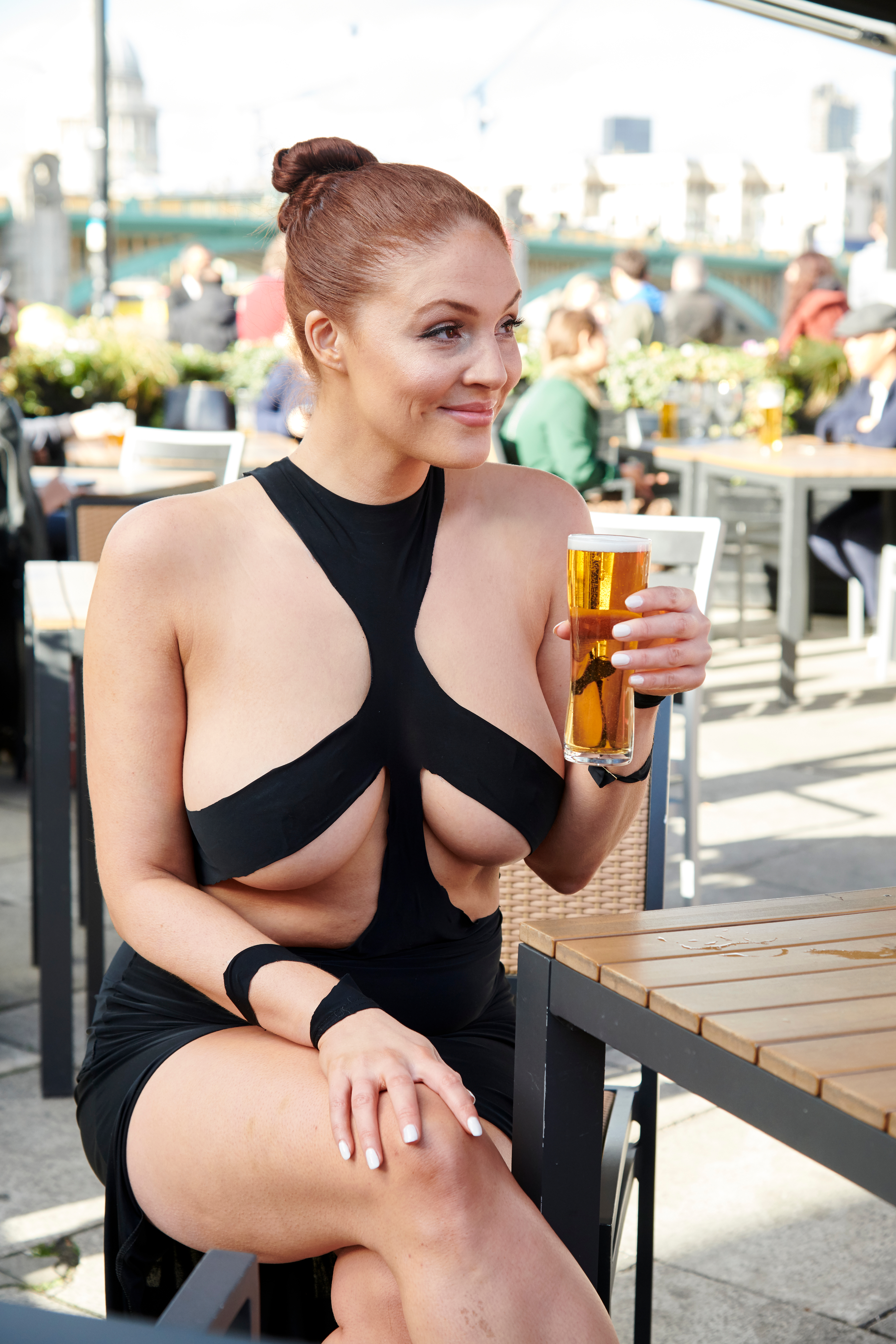 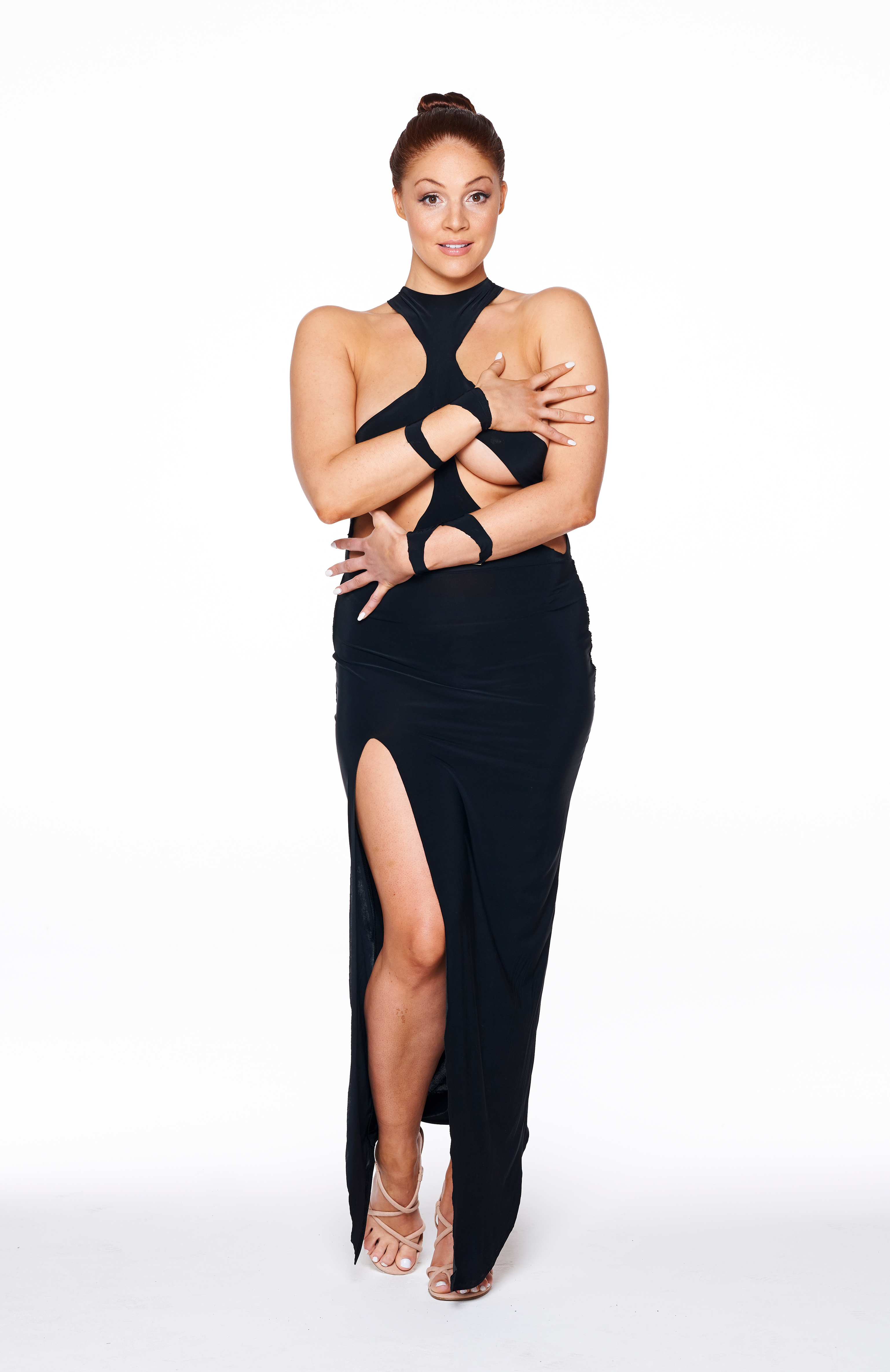 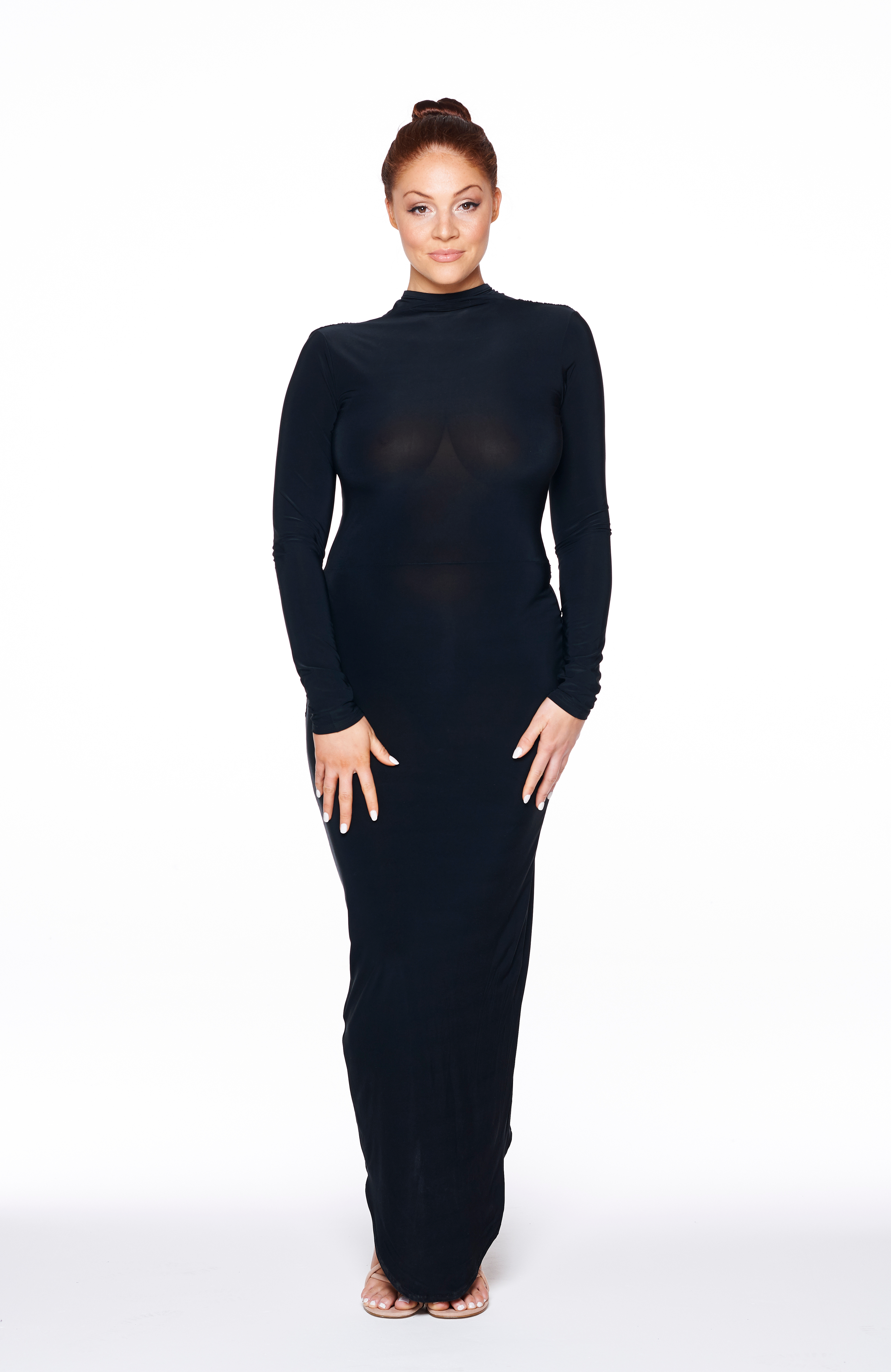 “When I started going about my daily business people just stared, but I kept telling myself ‘they’re just boobs’ and that I’m entitled to wear what I want.

“It was only 12 degrees so I got cold quickly too, and that left even less to the imagination!

“First, I headed to the supermarket to grab some fruit and nearly everyone did a double take at my melons as I picked apples.

“It was embarrassing – why Kim would put herself in this position in the first place baffles me. The reaction I got from women was much the same – stares, gasps, double takes – but they knew it was the ‘Kim Kardashian’ dress and said, ‘Wow, you look amazing,’ which made me feel a bit more comfortable.”

Despite Kim’s vintage designer gown being worth thousands, Stephanie’s dress was made from a £20 high street custom cut by a Fabulous stylist.

“There’s so much tape strapped to my body right now,” Stephanie adds, “It’s definitely not the most comfortable outfit and for me it takes the ‘underboob’ trend too far, so while I love her I think I’ll leave these daring looks to Kim!”