Home » Fashion » I paid £65 for a birthday cake for my dad – I'm stunned by how bad it is, people reckon it looks like a school project 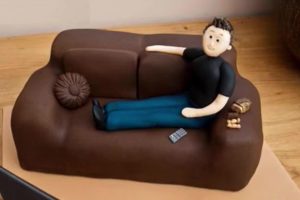 NOT trying to boast or anything but we'd give our cakes a 10/10 on the flavour front.

But as for their presentation, they almost always look like they've fallen off the back of a lorry – and that's putting it kindly. 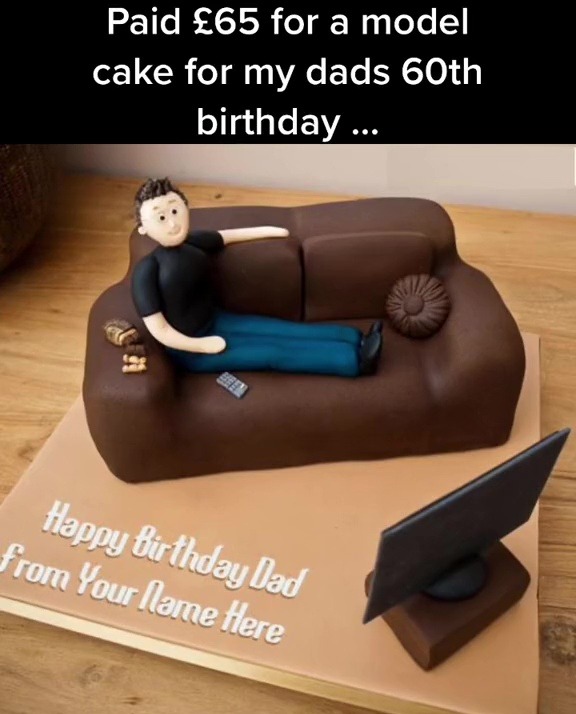 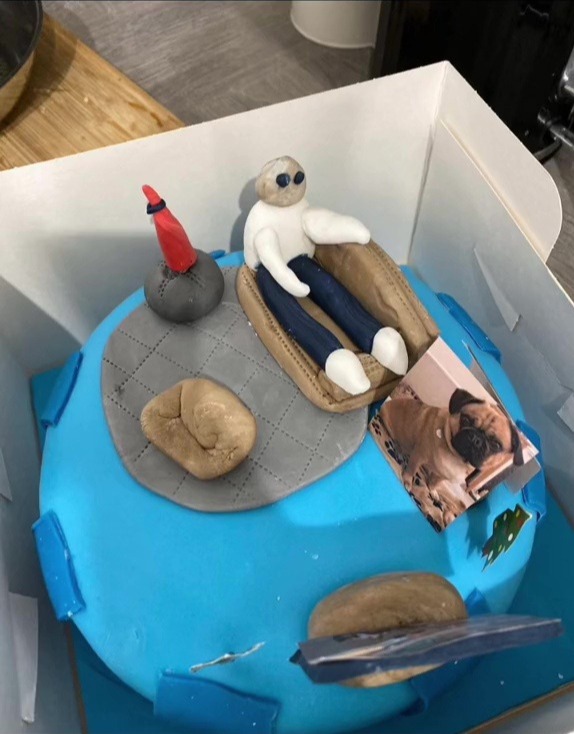 So whenever there's a special family occasion, we're happy to fork out a bit extra for a cake that looks as good as it tastes.

One person who knows a little something about this is TikToker Holly.

Earlier this month, the devoted daughter paid a local baker £65 to create a bespoke cake for her dad's 60th.

Before handing over her cash, Holly sent over some inspiration images of what she pictured the cake looking like – which all had fondant icing figurines.

But while Holly was hoping that the figurine would at least bear some resemblance to her dear dad, she was left fuming over what turned up on the day.

Harry slammed as ‘beyond appalling’ for ‘hurting’ Queen amid security row

Not only had he been reduced to a stick figure, his "bottle of red wine" looked more like a traffic cone than anything else.

And instead of trying to replicate the family dog, the baker just chucked on a picture instead.

She fumed: "Honestly had no words. She printed the picture of my dog I sent for inspo…"

The clip has racked up over 18,900 "likes" and stunned viewers compared it to something a child would produce.

One replied: "Let’s normalise telling a customer you can’t do something…"

"Omg I literally had to pause the video to get a good look," another added. "That is shocking!!!"

A third wrote: "It looks like a school project."

Meanwhile, a fourth said: "so her kids did this right.???"

In response to a viewer who said £65 was "cheap for a custom cake", Holly said: "Really? You’d be happy with that? Lol I didn’t have a budget that’s what she told me it cost I had no idea what it should be." 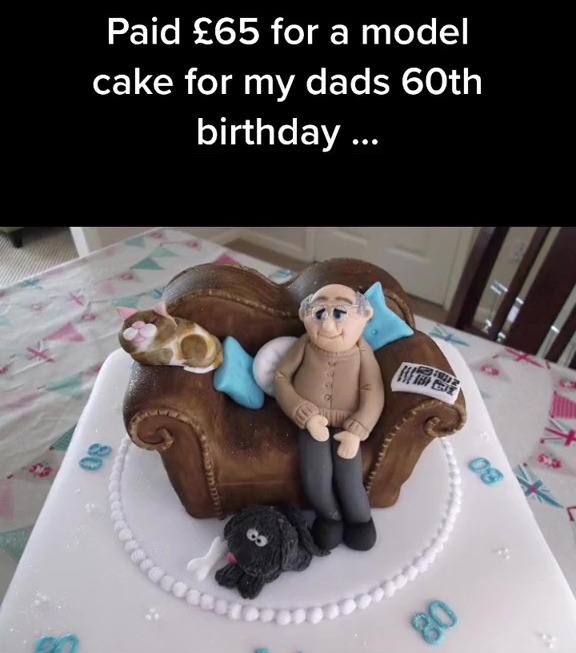 For more food fails, this chef revealed you’ve been cooking your jacket potato all wrong… the right way gets crispy skin with no effort.

And this man was utterly ripped off when he paid £11 for beans on toast – what he was given was NOT what he expected.

Plus this woman ordered a cupcake tower & loved the ‘chocolate sponges’ when they turned up… then she realised what was really going on.