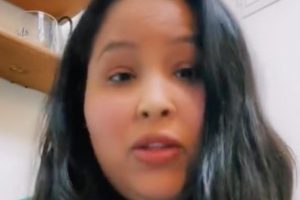 A CUSTOMER got dress-coded at a restaurant, only to realize that there were other people wearing the same outfits allowed to stay.

Analize (@analizethcastle),a digital content creator, shared the experience in a video with her TikTok followers. 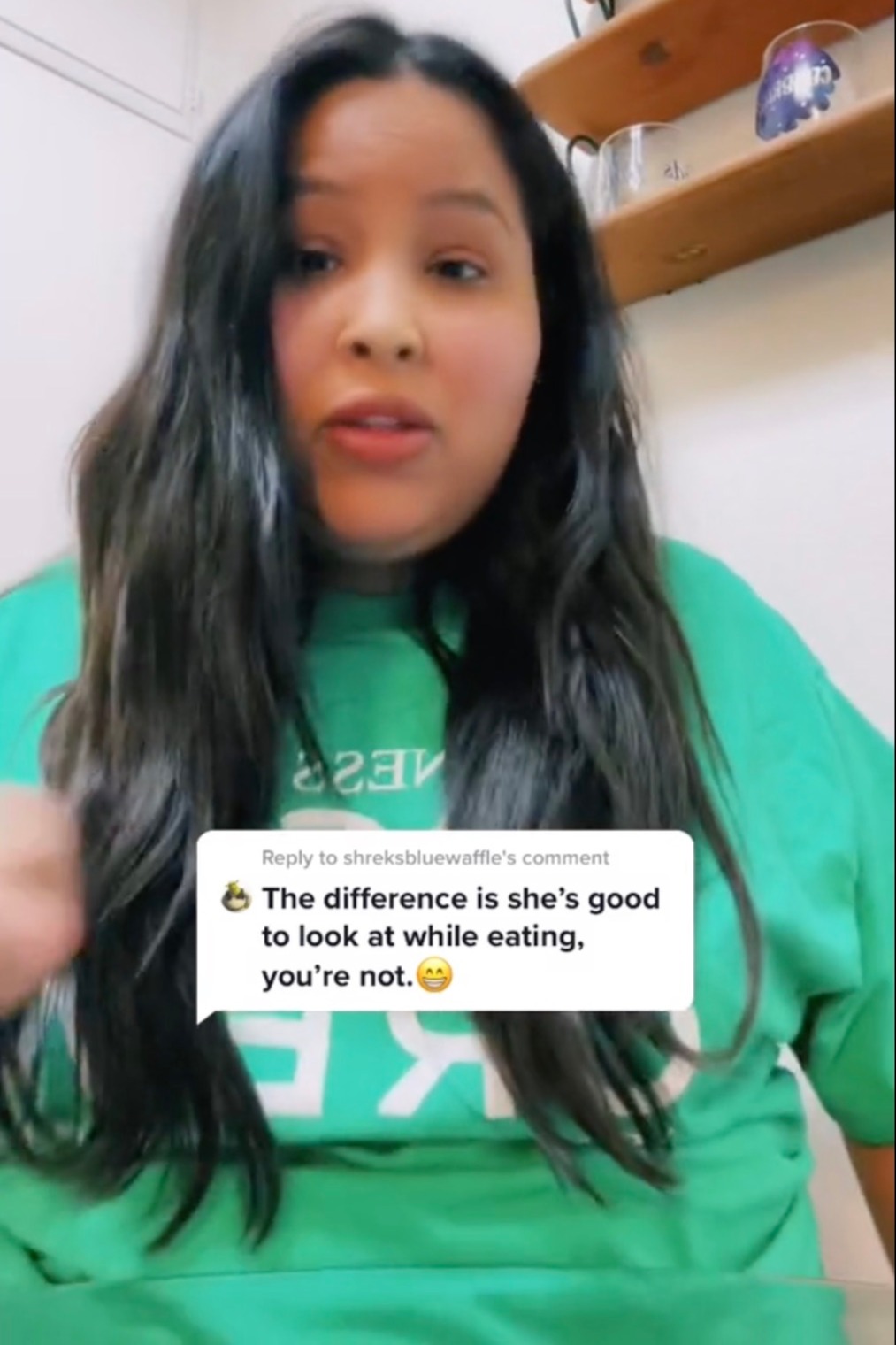 She felt the restaurant kicked out her solely because they didn't like her body.

"So I was not allowed inside the dining room of a restaurant because I was not following 'dress code,'" she explained.

Taking a look inside the dining room, however, she noticed there were other customers dressed similarly to her.

"Excuse me, that person in there is wearing a similar outfit as me," she said.

She panned down to her own outfit, a pair of jeans and a cropped tank top, similar to the other customer's jeans and cropped shirt.

A troll had taken to the comments to body shame her: "The difference is, she's good to look at while eating, you're not," they said.

She responded to them in a follow-up video.

She thanked viewers for their overwhelming support of her initial video and then responded to the negative comment.

"You're telling me you go to a restaurant to look at people, and watch them while they eat?" she asked.

"It's a little creepy… but maybe you do that because you're lonely.

"But too bad, because I'm gonna show it off because I'm a confident plus-sized woman," she finished.

"I'm gonna do whatever the eff I wanna do because I can so if you don't want to look at it, then don't stare and don't look, mind your business and eat your food."

People took to the comments to shower her with praise.

"Yes girl you are so pretty don't ever mind what people say," said one commenter.

Others backed her up by writing reviews on the restaurant's page.

"To the reviews we go…" said another. 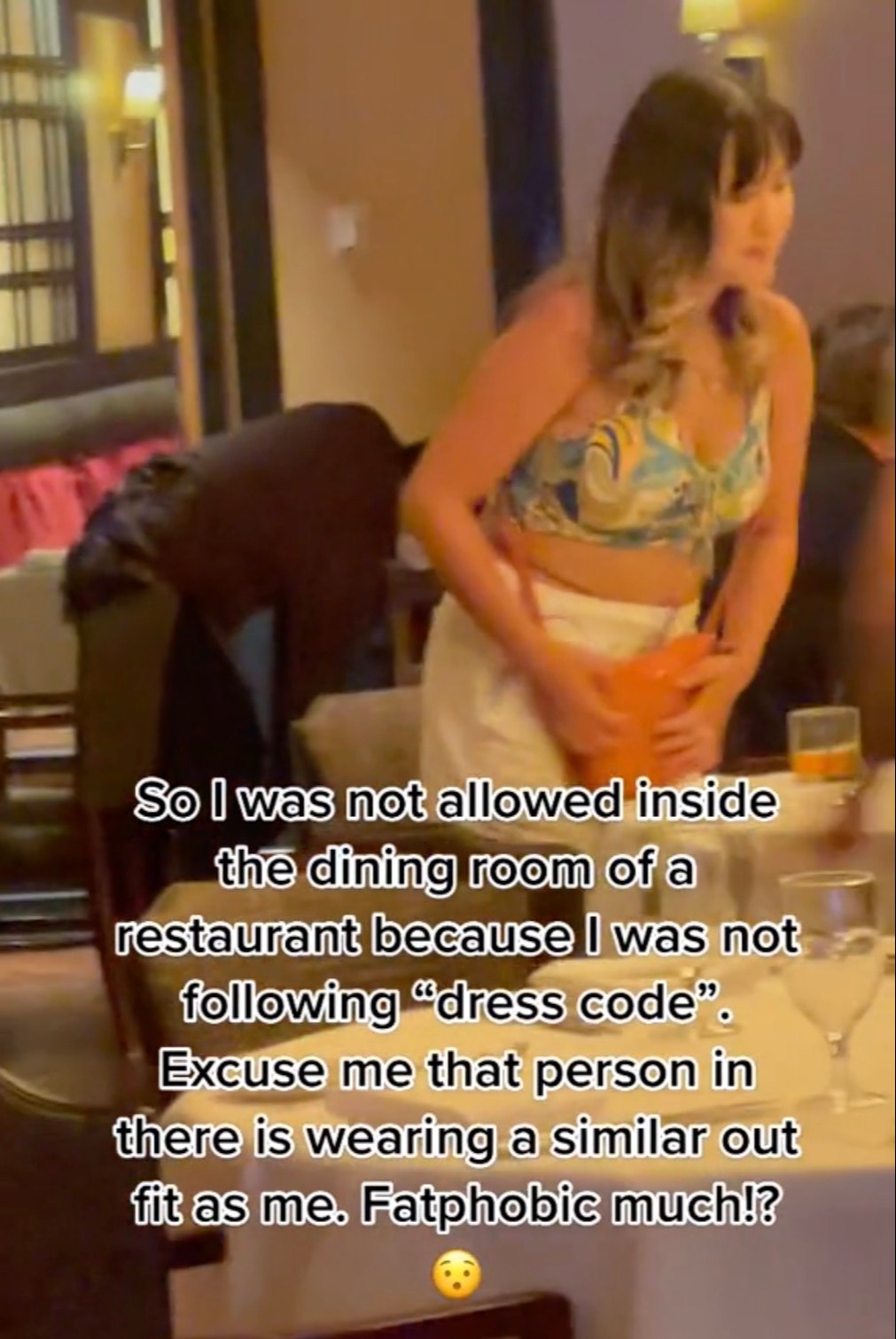 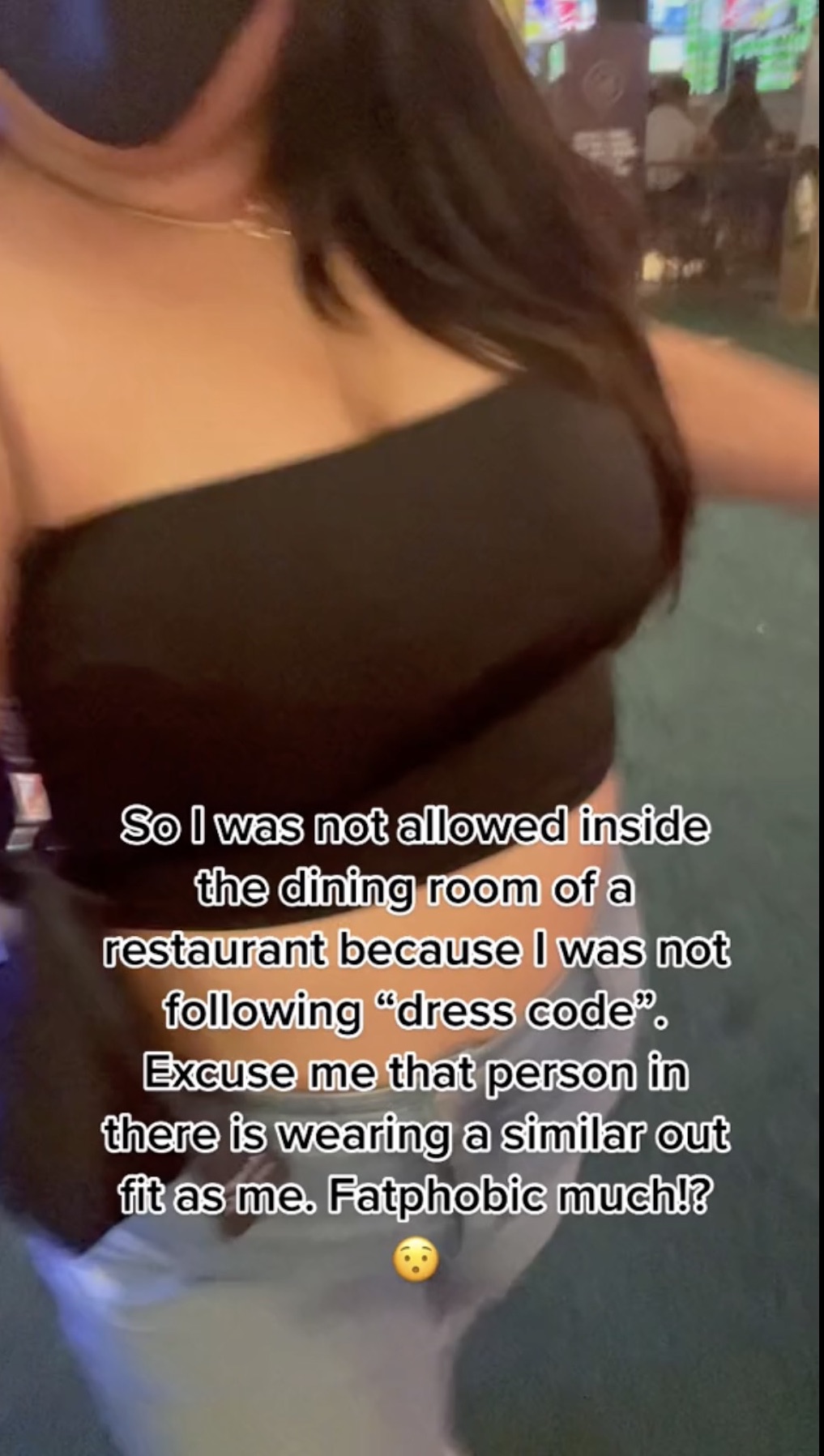