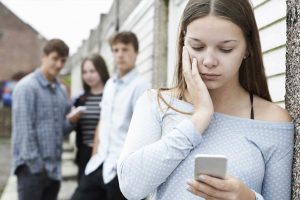 IT'S every parent's worst nightmare to find out that their little angel is actually the school bully – but how do you actually deal with it?

On the one hand, you can sit them down and explain why bullying is wrong or go down a different route by grounding them for the foreseeable future. 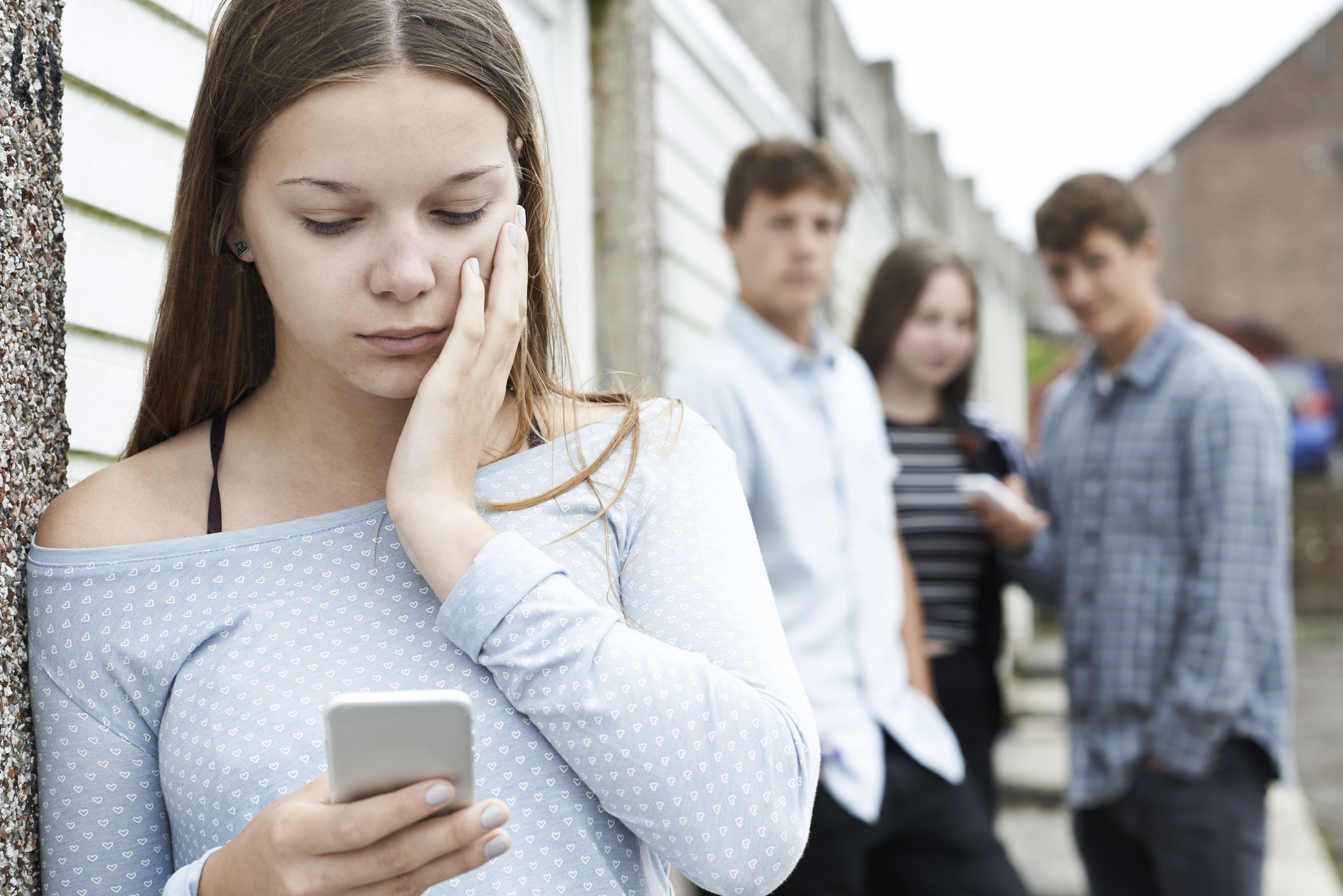 That said, one furious parent took matters to all new extremes when she tricked her son into believing one of his victims had been hospitalised as a result of his cruel taunting.

Sharing her experience on Reddit, an anonymous American mother explained how her teenage son "has a bad habit of starting online fights" with his peers.

She wrote: "It was mostly playful until one person took it a step too far and it just became vulgar."

Despite her best efforts to control her sons' online behaviour, the mum has been aware for quite some time of her son "'roasting' girl's photos without permission" – which involves "calling them a name or comparing them to something or someone he deems undesirable."

He let it slip that he didn't think he could stop taunting her because it made him cool with his friends. They apparently hailed him as the 'roast master'.

However, her son's behaviour only got worse when a new girl started at his school earlier this year.

She wrote: "He and a handful of his classmates began to taunt her pretty badly. It came to my attention he was still harassing her in school."

At first, the mum tried her best to reason with him.

"On the way home, I told him my own bullying experience and the very real risk that she could so something horrible to herself if he and those people kept at it," she said.

" He let it slip that he didn't think he could stop taunting her because it made him cool with his friends. They apparently hailed him as the 'roast master', just a cringey name for a bully."

It was at this point that the mum decided to take drastic action and hatched a plan to scare her son into leaving the girl alone.

She wrote: "At breakfast on Saturday, I sat him down very seriously and told him the girl he had 'roasted' had been hospitalised and the cops think it was intentional. 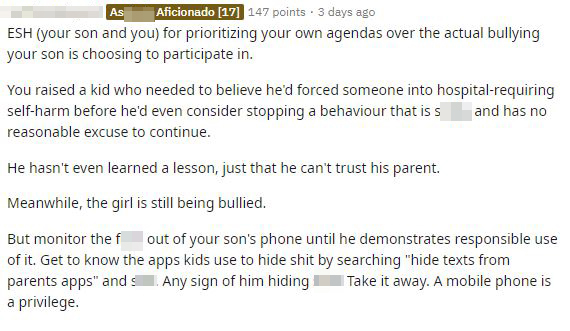 "He was pretty quick to tear up and say that he was sorry. I told him he shouldn't have taunted her the way he did and I asked him about how she must have felt to do something like that."

An hour later, the mum informed him that she'd made the story up and that the girl was actually fine.

"He had a pretty mixed reaction," she said. "Mad at me of course but relieved that he hadn't contributed to a classmate hurting themselves.

"When he got back to school he told his friends to lay off and explained what had happened. While I do believe she still gets some grief from students, it wasn't nearly as bad."

However, not everyone was so impressed with the mum's unconventional approach.

One user replied : "You raised a kid who needed to believe he'd forced someone into hospital-requiring self-harm before he'd even consider stopping.He hasn't learned a lesson, just that he can't trust a parent."

ADELE OF A MESS

Jumping to the mum's defence, another added: "You lied, broke trust and there probably ought to be some pretty serious therapy involved for a while, but you gave your son the wake up call he needed."

In more parenting news, this mum imposed a total tech ban on her "screen-dependent" kids and raved about the amazing result.

And Amazon has been forced to pull a T-shirt reasing "Daddy's little sl*t" after backlash from parents.

Plus mums have been praised for the genius tip of putting £1 shower caps over her pram wheels to stop mud getting on her carpets.