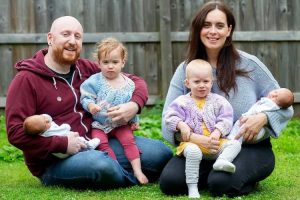 WHEN Hannah Marshall casually swiped right on the Bumble dating app, she had few expectations other than a good time.

Little did she know that a casual date would lead to the birth of FOUR children – two sets of twins – in a matter of just 17 months. 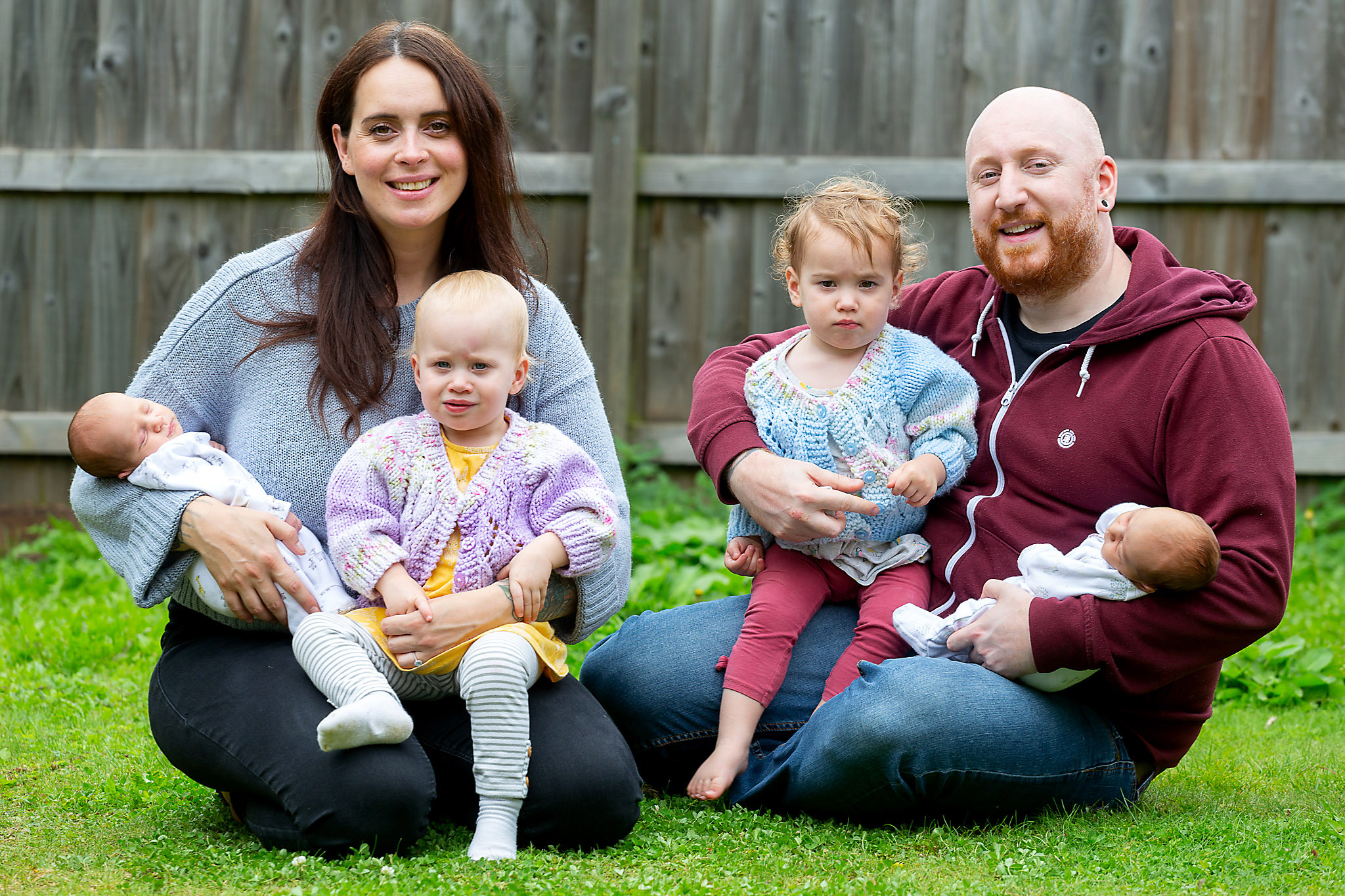 The astonished first-time mother told The Mirror, "I was looking for a date – I never knew I'd find my soulmate!"

Hannah, 35, had just left a long-term relationship when she encountered Rowan on Bumble – and with his shaven head, cheeky chappie image and fiery red beard, he was "just my type".

In another twist of fate, indicating the pairing was meant to be, the two even share the same surname, despite not being married!

After a "chilled" first date playing pool, they became an item and before long, she was expecting.

The pregnancy was totally against the odds, as Hannah had previously suffered a 'molar pregnancy' – a very rare condition where an egg fails to fertilise correctly – ten years earlier.

As the condition can cause tumours, she'd had "aggressive" chemotherapy to treat it and as a result, believed she was unlikely ever to carry a child again – so she wasn't always careful about having protected sex.

An incredulous Hannah was "shocked" when, after feeling unwell at a music festival, a test came back positive.

“The sonographer ran the scanner over my stomach and said she could see two heartbeats," she recalled.

“I was in complete shock, I couldn’t take it in – but there they were, the two little heartbeats pumping away on the screen."

“Rowan couldn’t believe it either. We’d only met a few months before on Bumble and here I was, already pregnant.”

The sonographer was shocked – but, by now, Hannah wasn't.

“She said to me that it was the first time she had seen twins on a scan but I told her it wasn’t mine and I’d already given birth to one set,” she recalled, "and she thought I was joking with her!"

Twin girls Iris and Esme arrived in February last year and – despite no history of twins in either of their families – Hannah quickly discovered another pregnancy, with a second set.

The couple then welcomed Zoey and Finn at the end of July, who were born healthy at the Royal Exeter Hospital in Devon.

Despite stunned family members thinking she was crazy, Hannah "wouldn't change" her new life "for the world".

"“I honestly thought I would never be able to get pregnant naturally, and yet I’d fallen pregnant with two sets of twins in just 12 months!” she shared.

“When I swiped right on Bumble, I was looking for a few dates – I never expected I would find my soulmate and two sets of twins." 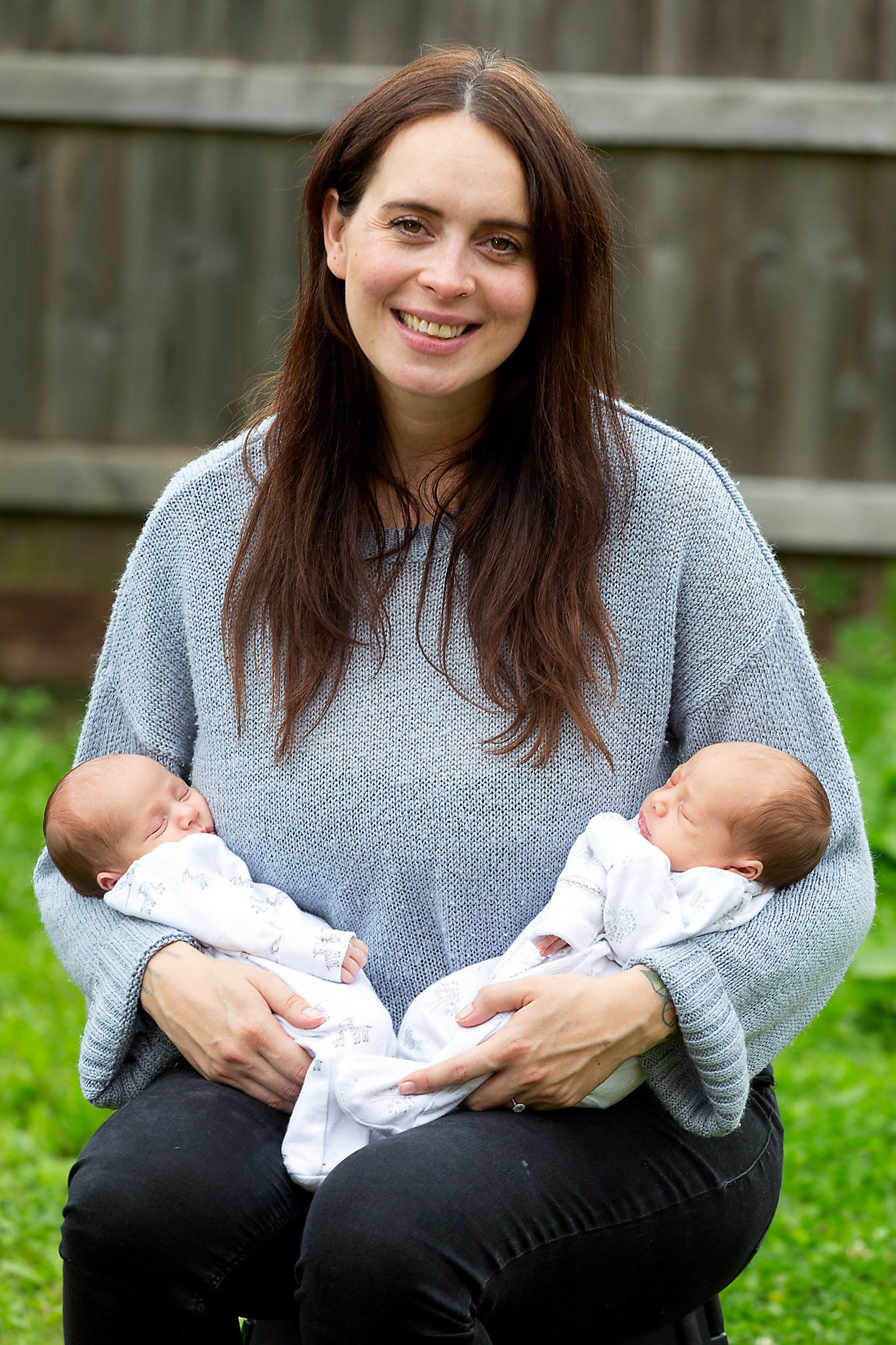 In other pregnancy news, one mum who was allergic to pain relief meds braved giving birth to an 11lb baby without any.

In another case of synchronicity, one woman's midwife had seen it all before when she gave birth – as he was her ex-boyfriend!

Plus a mum of of 16 answers everything you've ever wanted to know about having an extra-large family.