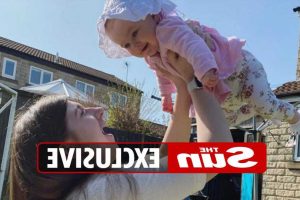 COMPLETING her essay for her A-Level child development paper in June last year, then-17-year-old Izzy Wendell decided to to take a break by posting a video to TikTok.

Wearing a blue tee with a flared waist and jeans, Izzy danced about before suddenly lifting her top to reveal – much to people’s surprise – she was heavily pregnant. 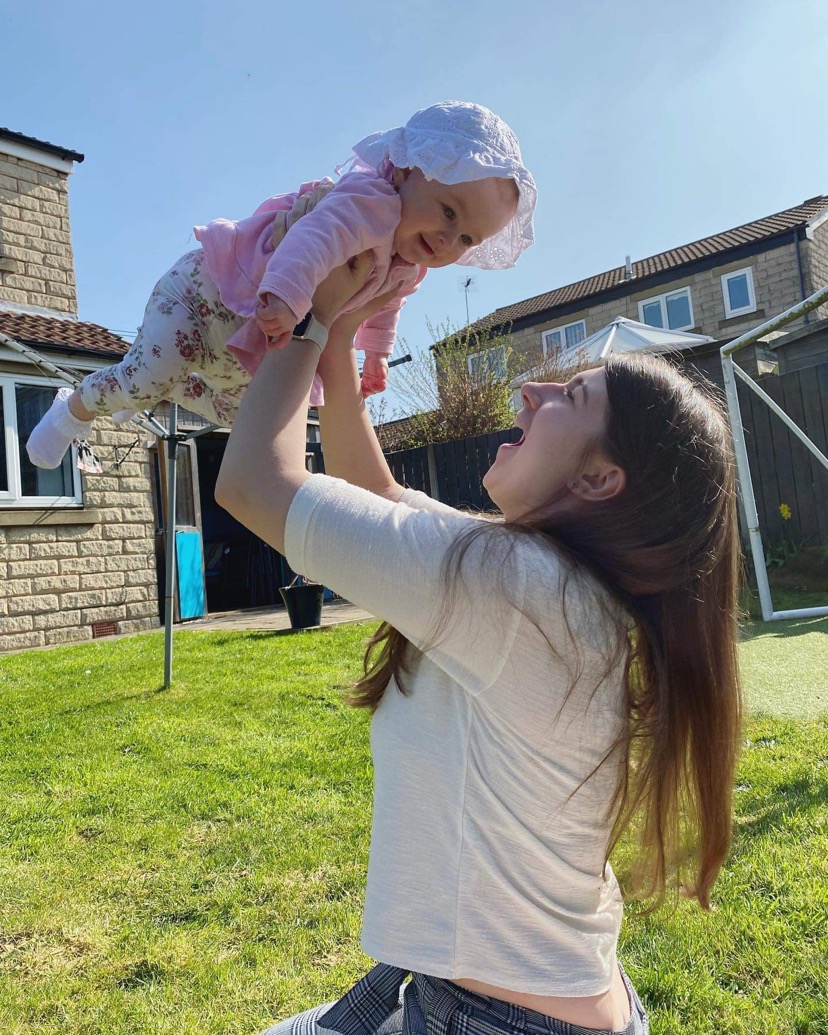 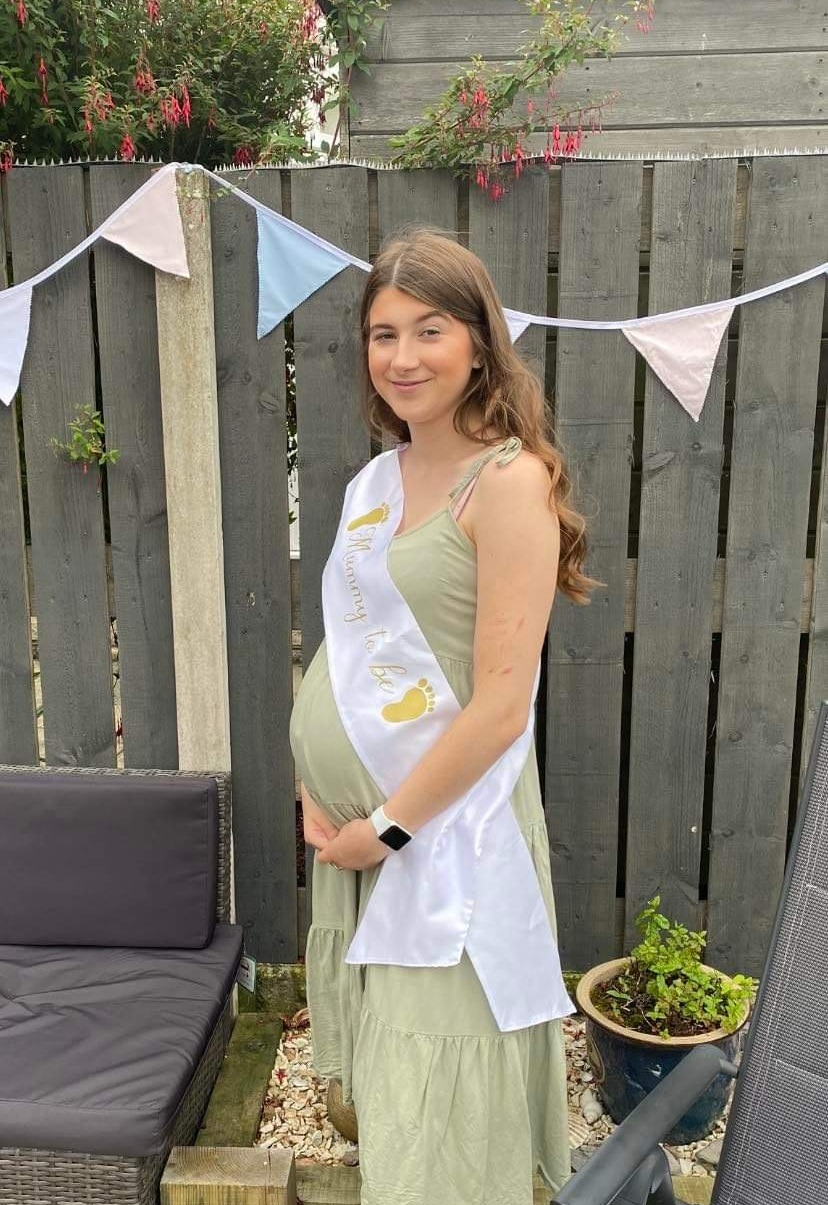 and hashtagged it with the terms ‘teen pregnancy’ and ‘young mum’.

What she didn't expect was for the pregnancy to divide social media like it did. 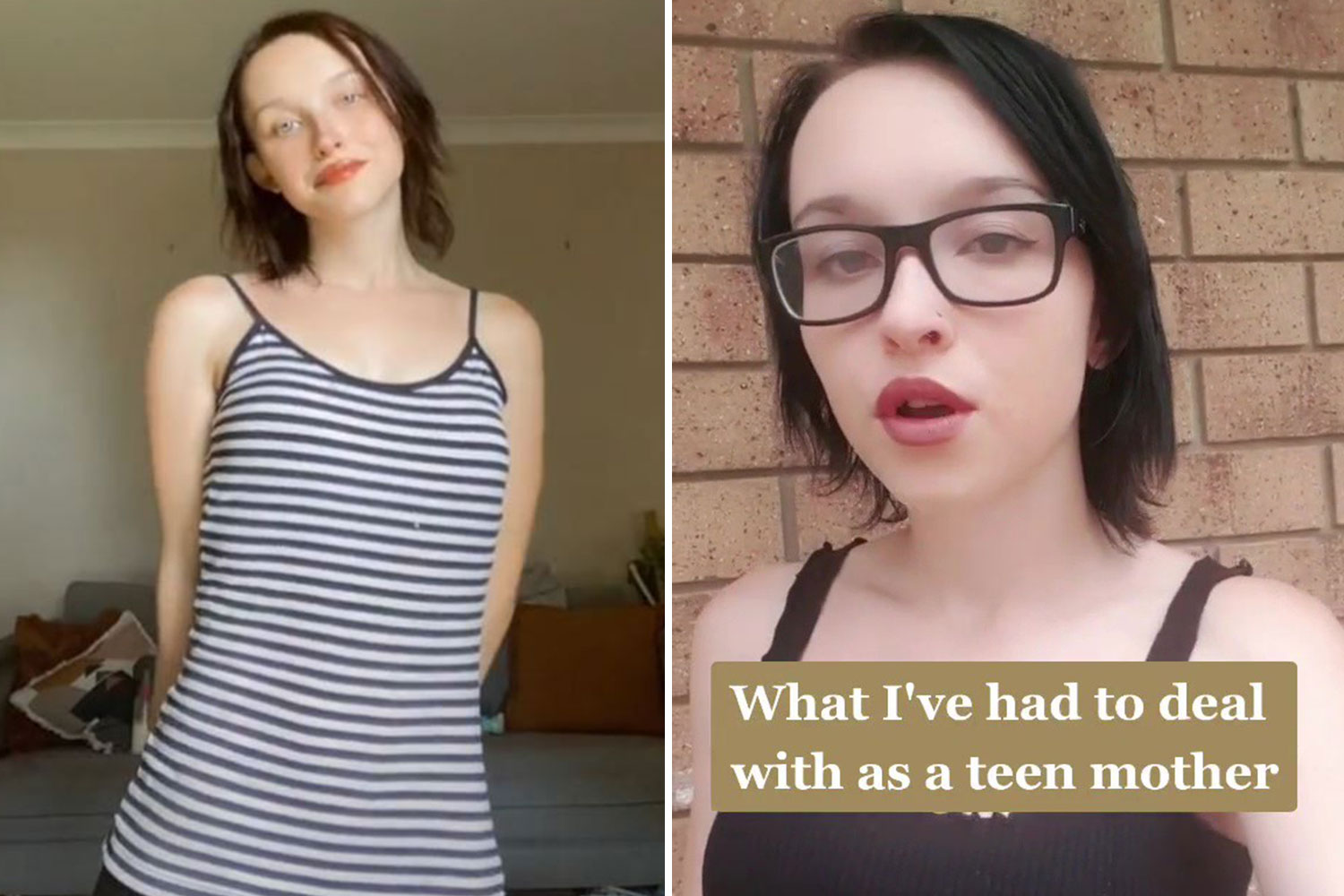 But the messages were far from positive.

“Child with child,” wrote one person.

“Why’s she acting like it’s a good thing that she’s a young mum?” commented another.

“Bet you don't know who even the father is lol,” said a third.

3 major bonuses YOU get for Queen’s Platinum Jubilee weekend 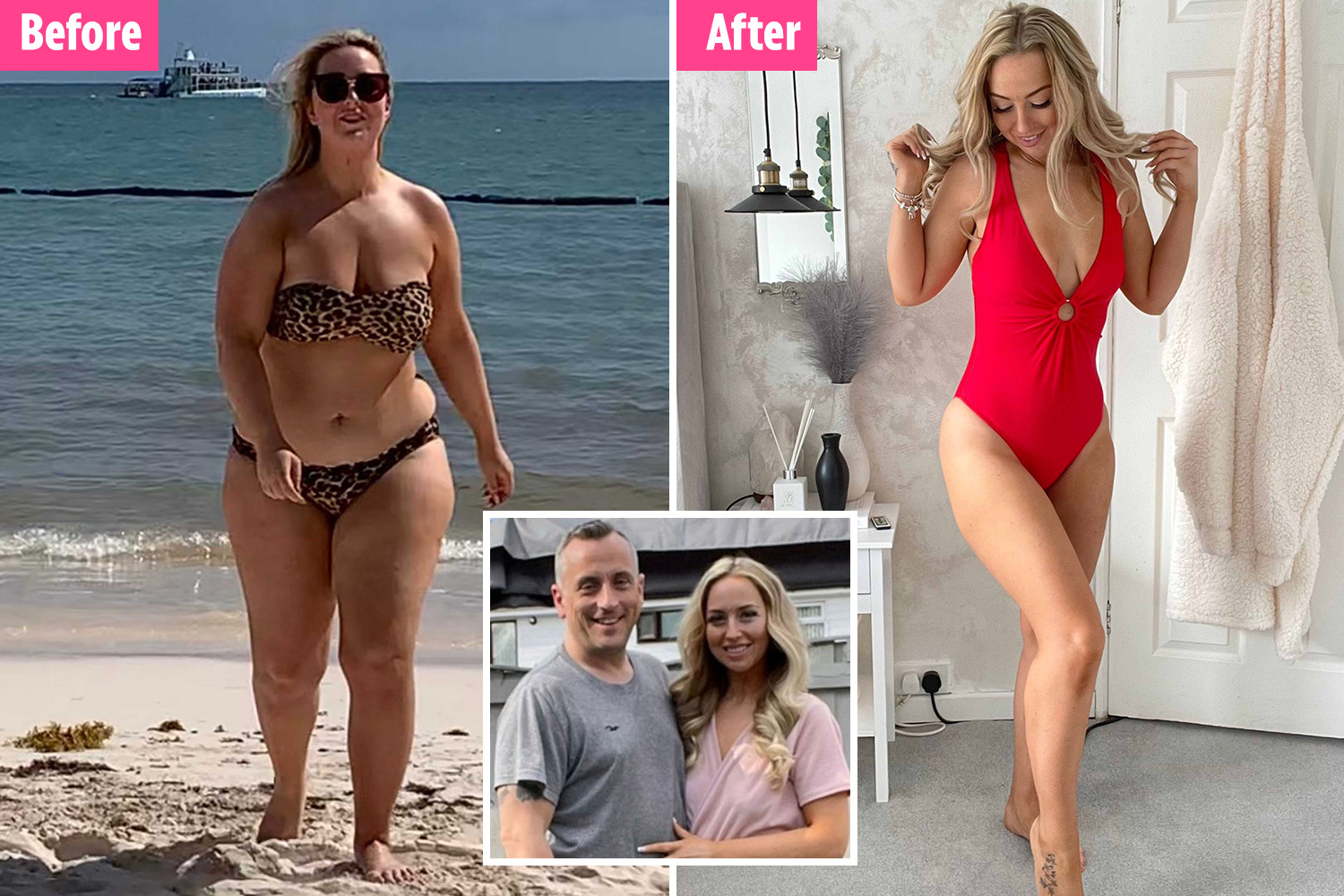 “So much wrong with having a kid at 17… you defo didn't think it through,” added another person.

“Well congratulations. I hope you can afford having a baby,” wrote someone else.

For Izzy, from York, North Yorkshire, the comments came as a bitter blow.

The baby was an accident – but a happy one.

“We had been using condoms but one failed,” she said. “Now I would always suggest people use two forms of contraception like the pill and a condom. I even made a  humorous TikTok using my experience to educate.

“But I knew I couldn’t have an abortion so I put my immediate plans to go to university to one side and decided to have a baby.”

“I was shocked by the number of views,” she told Fabulous. “But what really shocked me and made me realise I needed to educate people about teen mothers was the vicious trolling I received. The messages of hate really hurt me.

“So many people asked if the child was planned, others said ‘RIP’ and one person said I was having my baby just to waste the taxpayers’ money.”

"It’s 2022 and teen pregnancies should not be a taboo subject or looked down on."

Izzy, now 18, said she could have deleted the post or negative messages but vowed instead to take a stand.

“I pinned the post so it's one of the first videos people see,” she said. “I also took time to answer some of the attackers’ questions.

“It worked and I had people supporting my post and thousands of private messages from  teen mums like me saying I was so brave to stand up to the bullies.

“I refuse to be condemned for having a baby at 17. No woman should be made to feel guilty about her pregnancy no matter what age. It takes guts to have a baby.

“I laugh at the trolls now because they assume people care about what they say. They are uneducated and standing up to them has made me a better person.

“It’s 2022 and teen pregnancies should not be a taboo subject or looked down on. So I decided to face my critics and keep posting and show my daughter and I living our best life.

“I know from my messages my posts help so many teen mums and I am breaking the normal so-called taboos people have about teen mums. People should be ashamed of themselves.

Izzy was studying A-Levels and working part-time with a charity for children with special education needs when she discovered she was pregnant in January 2021.

She said: “I’d been with my boyfriend and it was a shock.

“We hadn't planned to have a baby so early but when I found out I knew our daughter was going to be the most amazing addition to our lives.”

Izzy found out she was pregnant after  her period was extremely late and was stunned and then excited. “I told my parents and they reacted, who were shocked but incredibly supportive and loving.,” she said.

“My pregnancy was relatively easy except for morning sickness which lasted the entire nine months but I got through it knowing my baby would be the reward.”

“I had a few funny looks in shops but I ignored them.”

“I shared all about what it was like being pregnant – the good, the bad and the ugly,” she said. “I wanted people to know about morning sickness and stretch marks.

“I was trolled for this and for posting teen breastfeeding pictures but it is normal.

“Other people have attacked me for using cloth nappies but it’s cheaper and good for the environment.

"If we’re out I flush my daughter's poo away, put the dirty nappy in a plastic bag and pop it in the baby bag or my handbag and every two days I wash the cotton nappies and dry them in the sun."

Izzy also shares her cost-saving tips for weaning and makes all her own baby food.

“I batch cook and freeze my daughter’s meals,” she said. “I refuse to pay £1.50 for a pouch of mashed carrot when I can make one myself for 7p and know exactly what's in it.”

Izzy, who will complete her A-levels and hopes to attend university, lives at home with her parents and her partner works part-time and is completing his studies.

“I don't rely on state or benefit handouts,” she said. “My family has been incredibly supportive and understands how I use humour with controversy to educate about teen motherhood.

“Being a mother is the most amazing experience and I won't take handouts. I laugh at the trolls and their sad lives  and so should everyone else. It's 2022 and times need to change.” 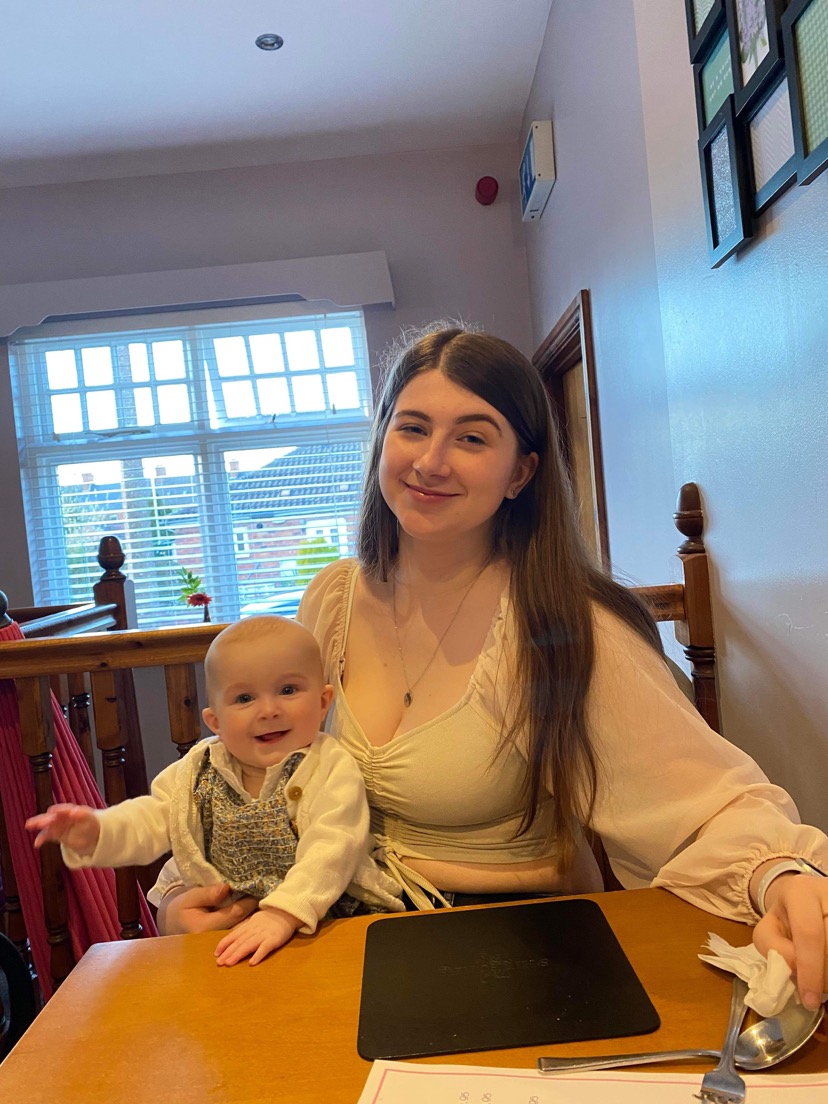 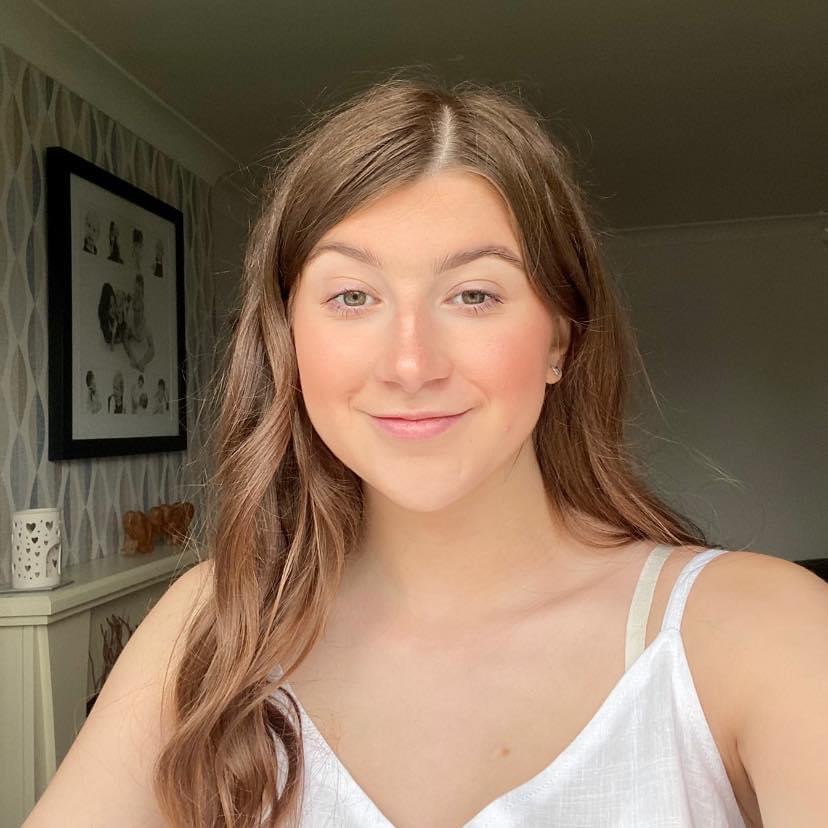