THE Dominos uniform top has went through quite the evolution over the years.

An OG Domino's worker has shared how her shirts have evolved over the years while working at the pizza chain – and people think the shirts suit her. 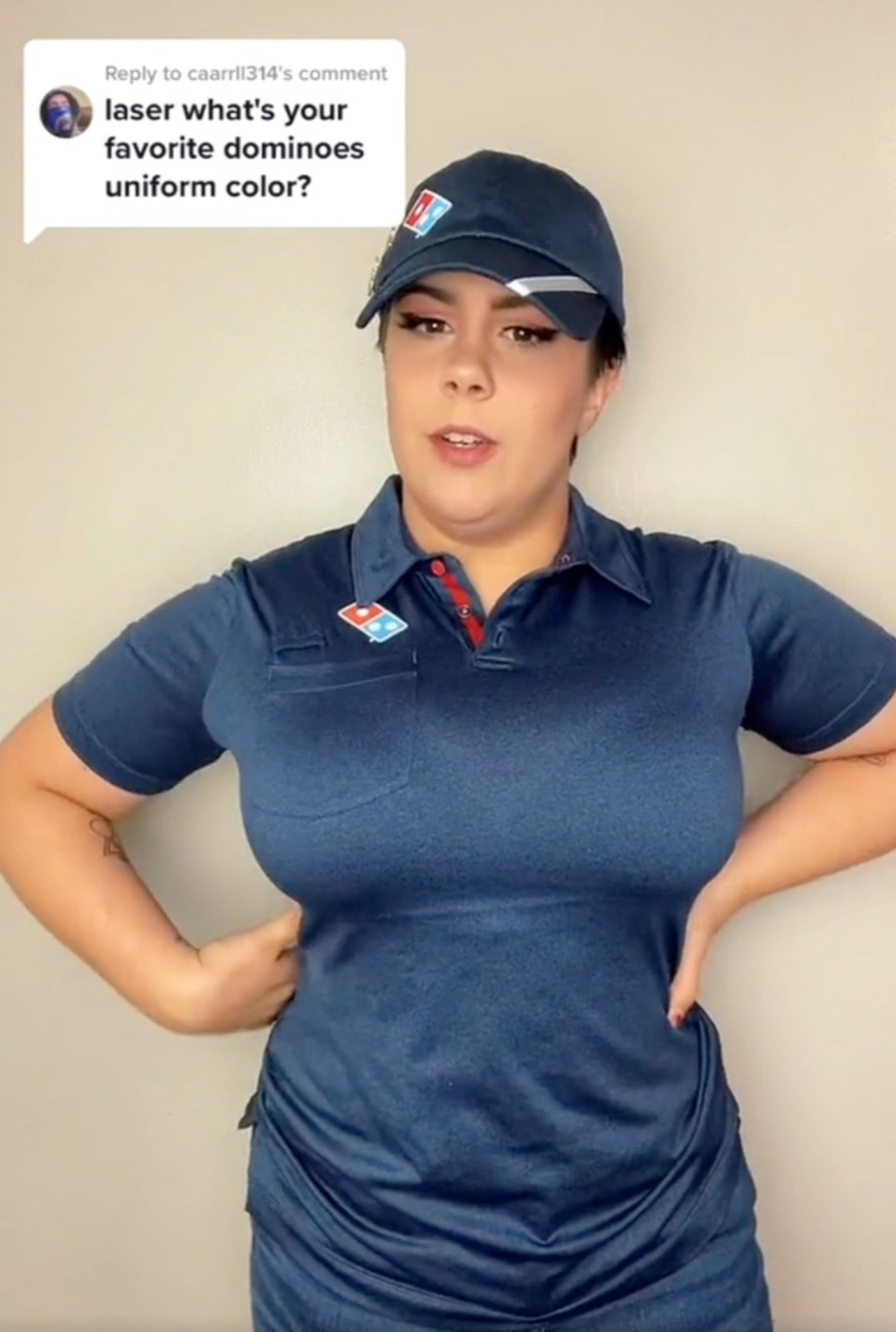 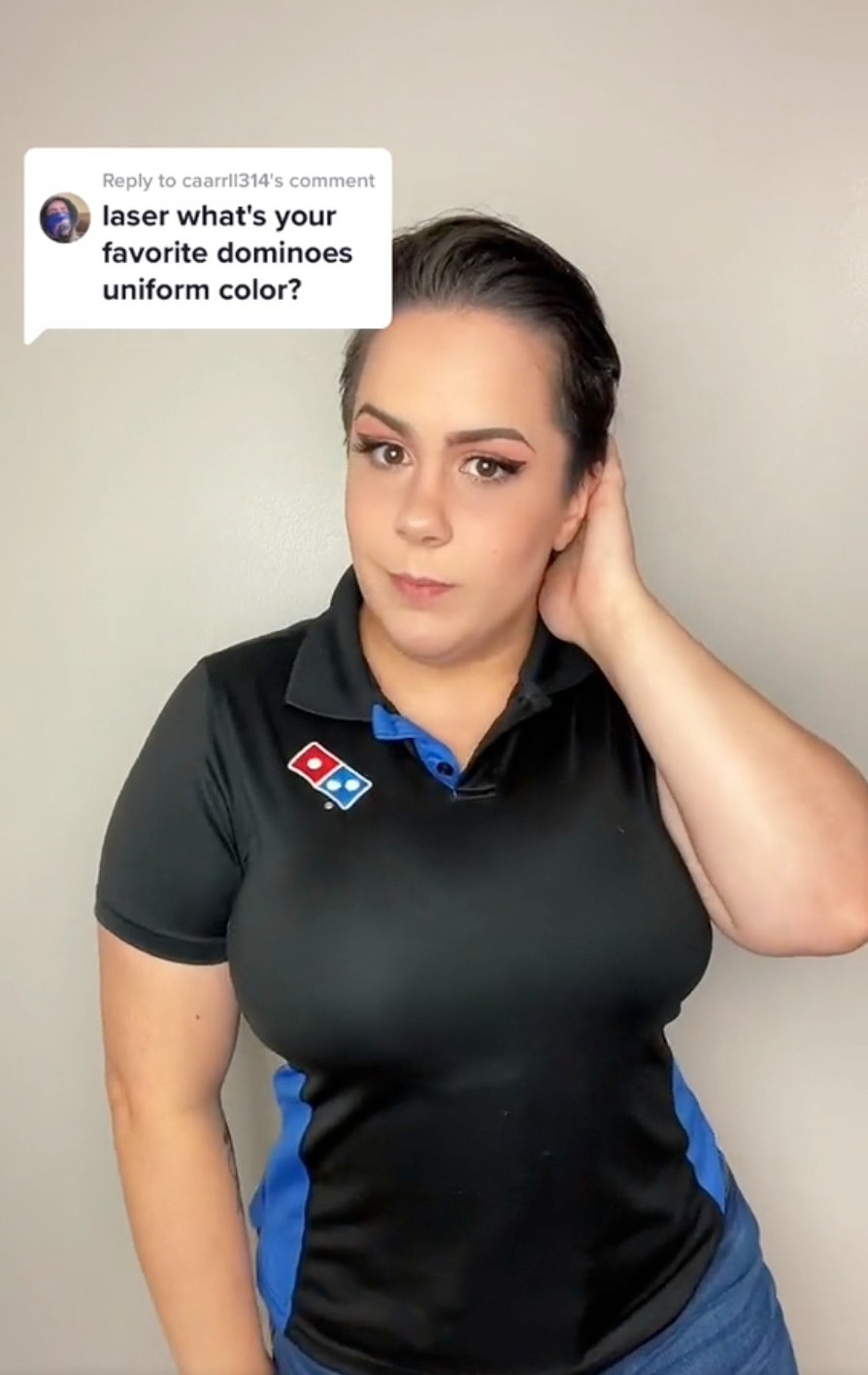 In a video, she responded to someone's comment that said: "What's your favorite Dominos uniform color?"

"I think we should take a poll. What is y'alls favorite?" Maze asked her followers.

First, she modeled the most current version of the uniform top she owned.

"We've got the brand new blue, grey," she said. She sported a blue top with the Dominos logo along with a matching cap.

She couldn't find the matching cap for the next top in the line-up, an old black one with blue panels on the sides.

For the very last top she tried on, the oldest one of the bunch, Maze asked viewers "do you like to keep it old school?"

A majority of the top was white, with red and blue blocking at the top.

While the other two tops featured minimalistic versions of the Dominos logo, the last shirt had a logo that was a bit more intricate, incorporating the words "Domino's Pizza" on it.

OH NO THEY DIDN’T

Love Island Paige: 'I’ve quit booze as I’ve been struggling and not in a good place'

People took to the comments to share their responses as to which top was their favorite, and while most people went with the white old-school top, some stressed that they liked the look of Maze in all the tops.

"They all look good on you," one person complimented.

"You look great either way," a second added. 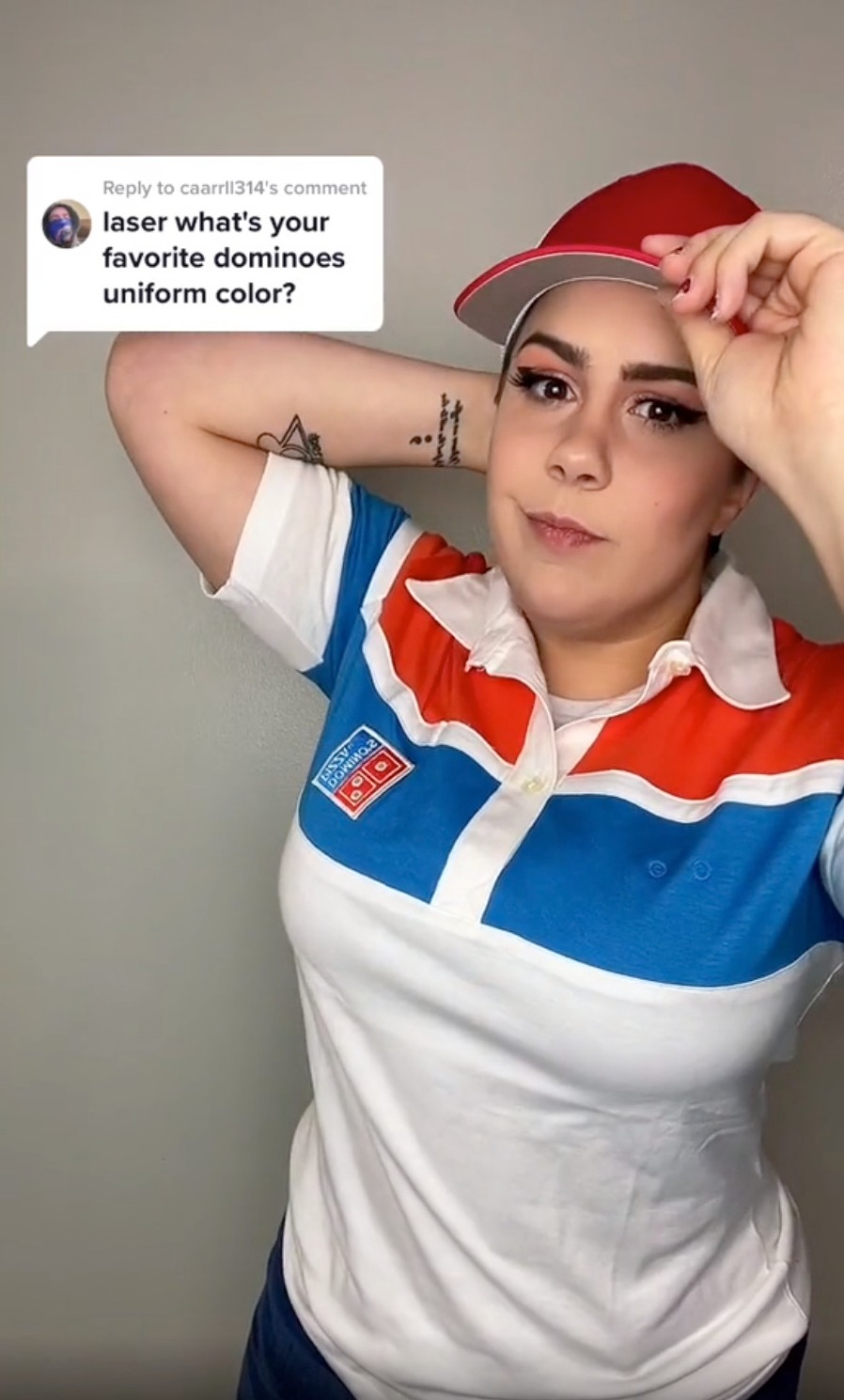