Neither did she imagine that within a few years she'd have moved into their family home with their seven-year-old son who'd call her 'auntie'. 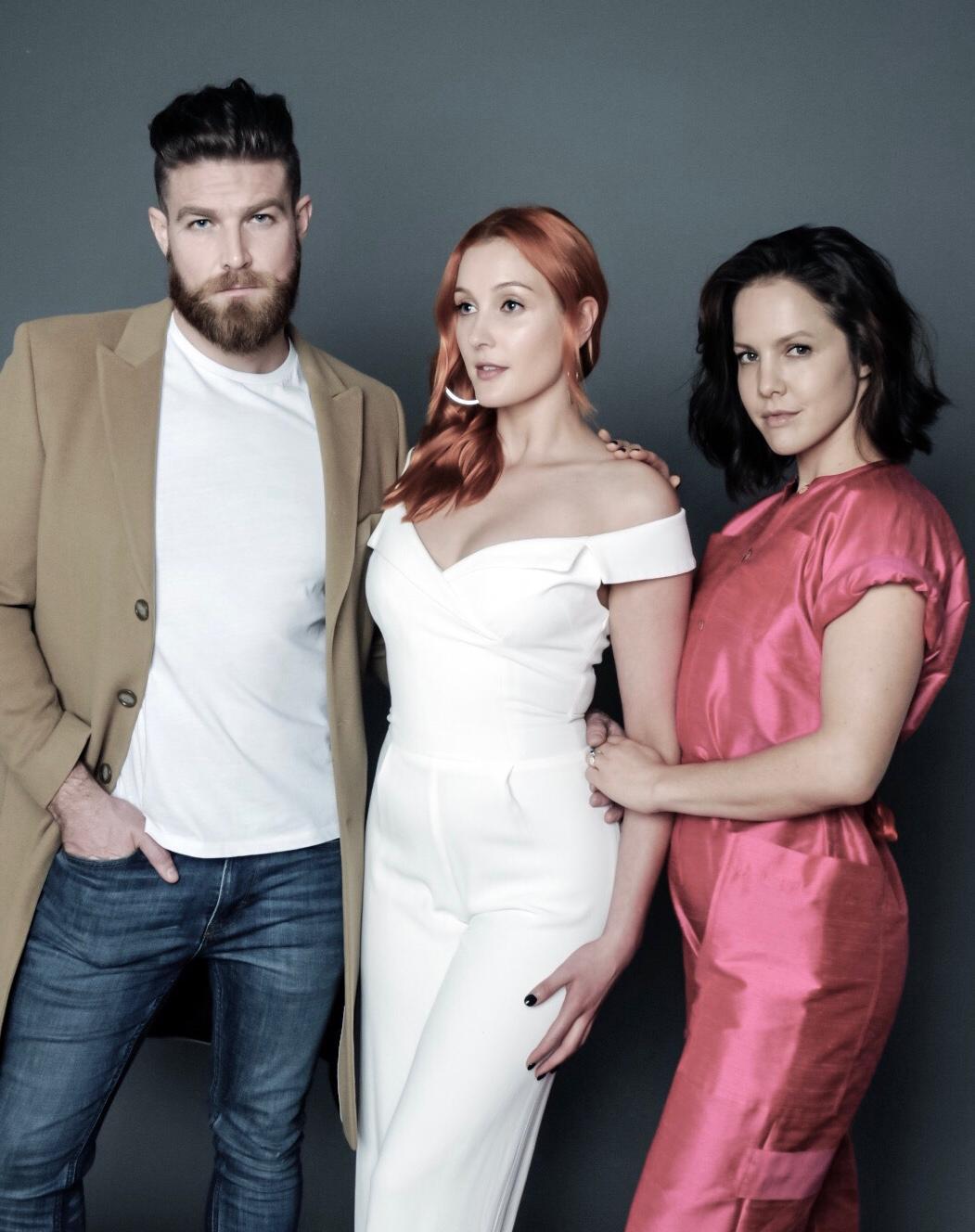 Events manager Cathy and Thomas Keen have been married for five years but have an open relationship, which began before they decided to tie the knot.

They have sex with other partners and previously had a four-way relationship with another couple before inviting Nicole to join them in their throuple.

“Thomas and I admitted to each other early on in our relationship that we both found other people attractive, despite being so in love,” says Cathy.

So when 39-year-old Cathy met Nicole Everett at work, things quickly became intimate, and Nicole became the couple's girlfriend, moving in to their London home to form a throuple. 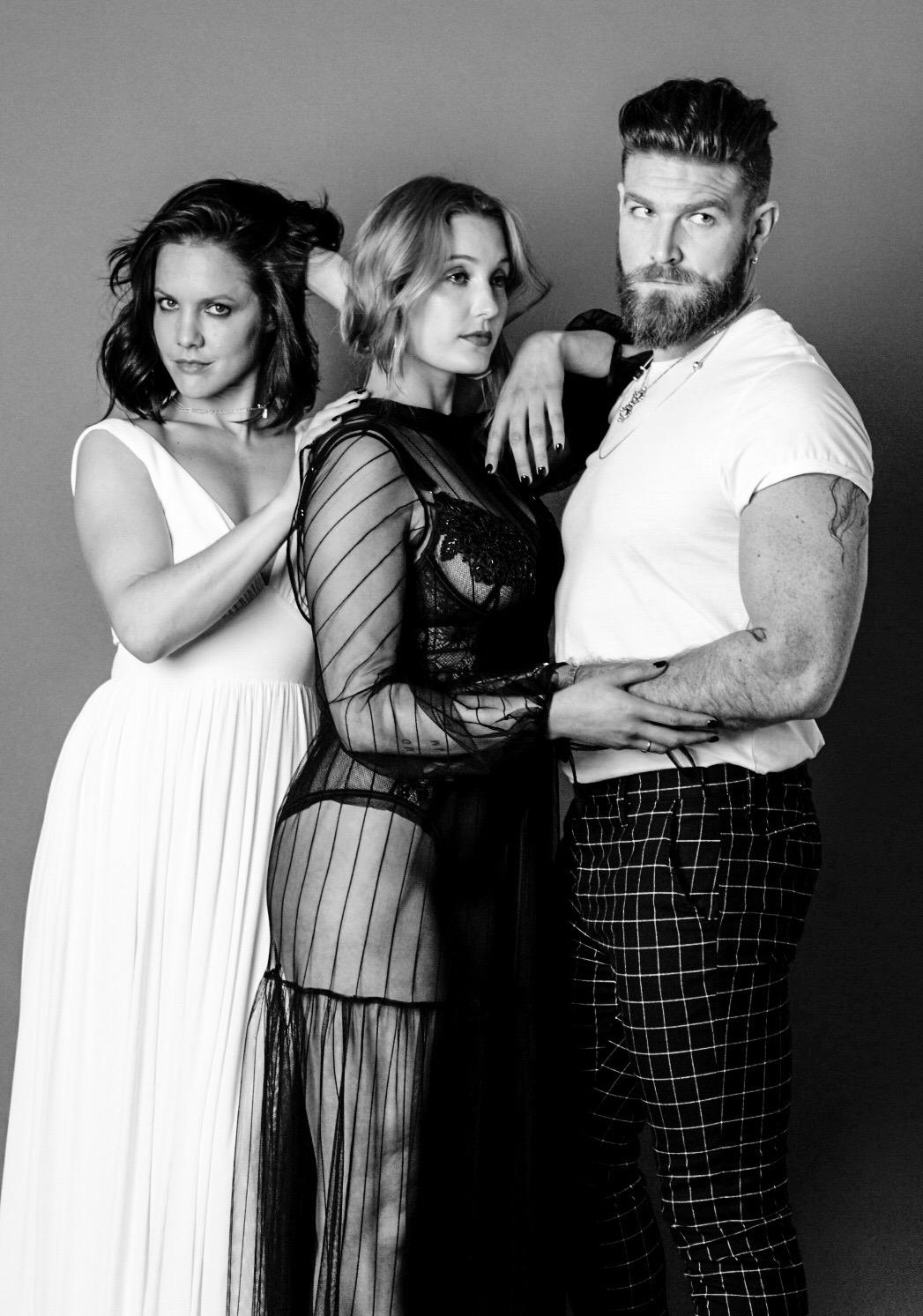 "I'm the unicorn," Nicole explains. "Which is a word people often use to describe a third person joining an already existing couple."

"Open or polyamorous relationships can be healthy," Cathy adds.

"Thomas and I first thought monogamy was the only way until we discovered this – but now we're just fluid in our sexuality."

But how does it work?

Here, Nicole and her two lovers reveal what keeps their unconventional relationship ticking.

'We have sex as a three'

"When Nicole and I first met we just really got on," Cathy says.

"We both work for Feeld, an app for open-minded couples and singles, and she knew that I was in an open relationship and I knew that she dated couples.

"So when I introduced Nicole to my husband Thomas, at a work event, I knew there could be something there as the chemistry between us was electric." 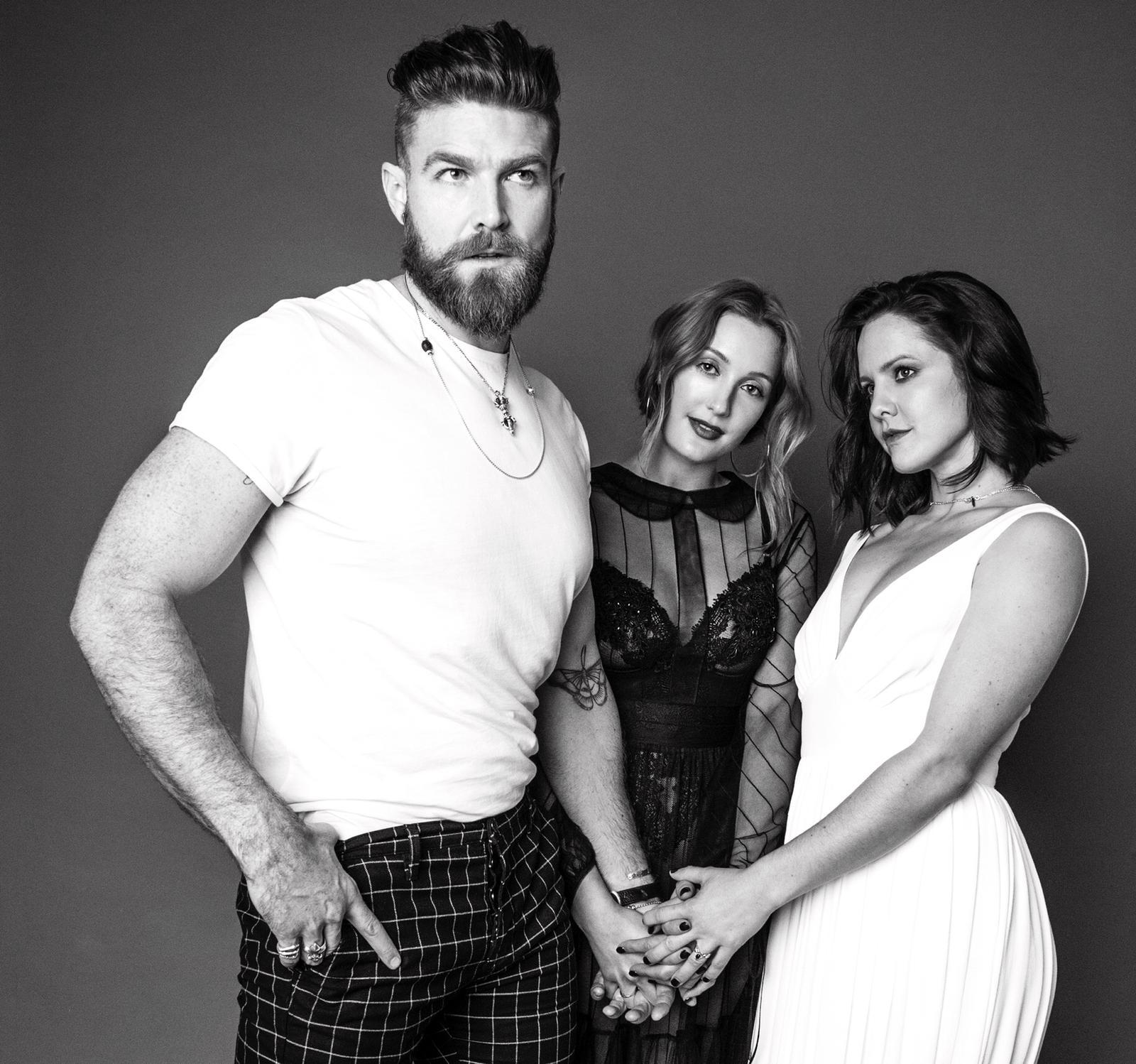 Thomas adds: "There was instantly something between Nicole and I, right from our first date it just seemed so fluid. There were no awkward questions, she just got it."

"I asked Nicole out just days after meeting her and we were having sex almost immediately."

“They were at it like rabbits,” says Cathy. “But because Nicole's sexually fluid and we are too, there were automatically fewer barriers to overcome between the three of us.”

"Now we tend to have sex as a throuple or Thomas will have sex with either me or Nicole," Cathy adds, "So far Nicole and I haven't had sex without him."

Nicole, from Australia, says she is happy to be the third person in the relationship, aware of her place having been invited to join the already-married couple.

She says: "I came into this as the third person or unicorn and there's no jealousy surrounding that.

"But Cathy and Thomas have a solid grounding of marriage that I could never break, and I wouldn't want to." 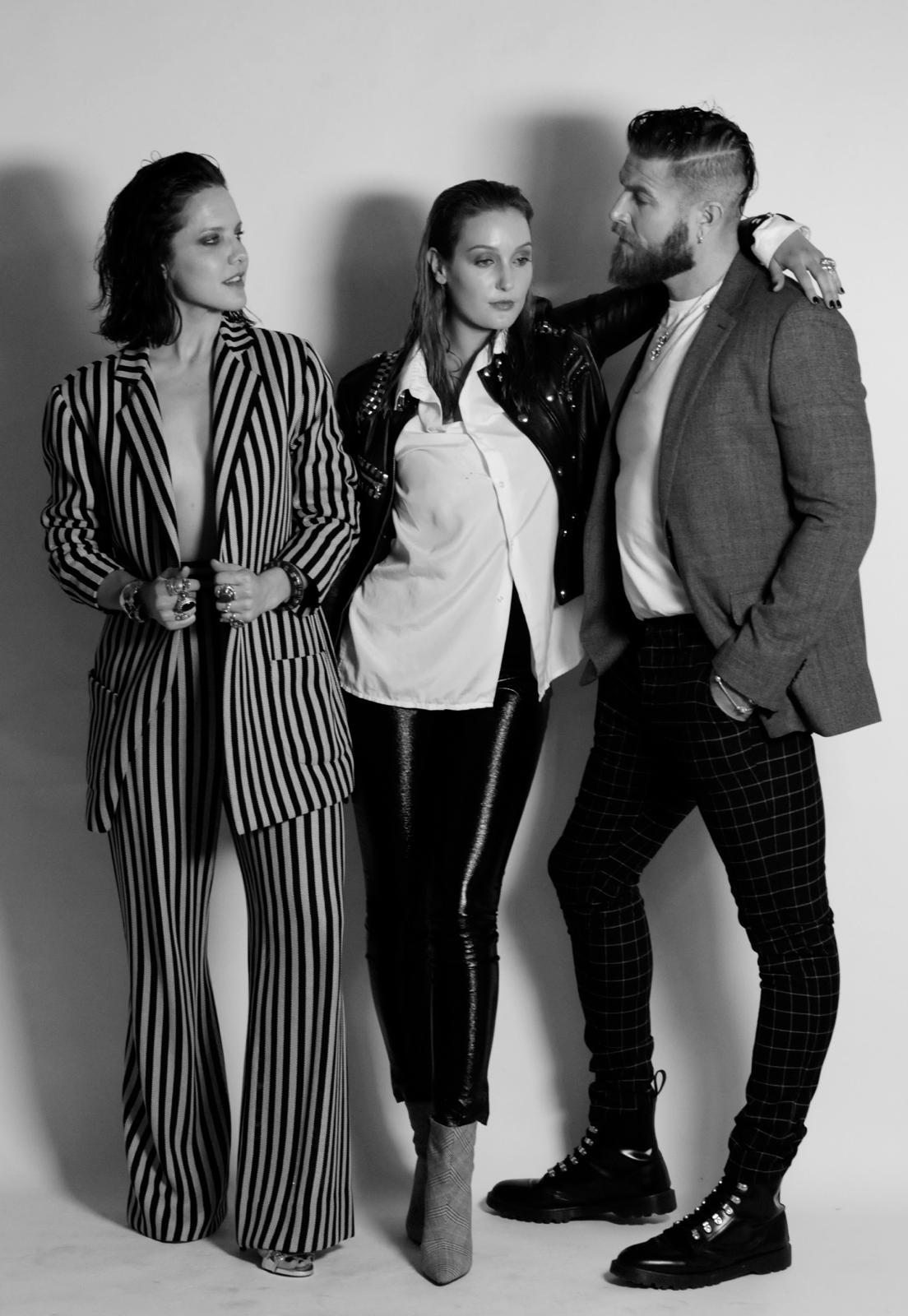 'If one of us has unprotected sex we'll check STI checks'

The throuple still date other people, but together they have agreed that other than Nicole, nobody else can be invited to join their long-term relationship unless they are all equally interested.

They now go out clubbing together at the weekends and sometimes go home and sleep with other people, but Cathy says they are ultimately committed to each other, 'just like any other couple'.

"When we go out together, we tend to all go our separate ways then meet up afterwards to swap stories but we're careful with our health," she says.

"If one of us has unprotected sex with a new partner will we get our STI checks done, very rarely has this been the case though."

They say that living life as a throuple came easily to them.

"When Thomas and I first formed a relationship he and I would see each other once a week and I'd stay at home with him and Cathy on the weekend," Nicole explains.

"That happened more and more – so we started to spend a lot of time together as a three. That's when our relationship began to change completely and morphed into a loving, three-way relationship. 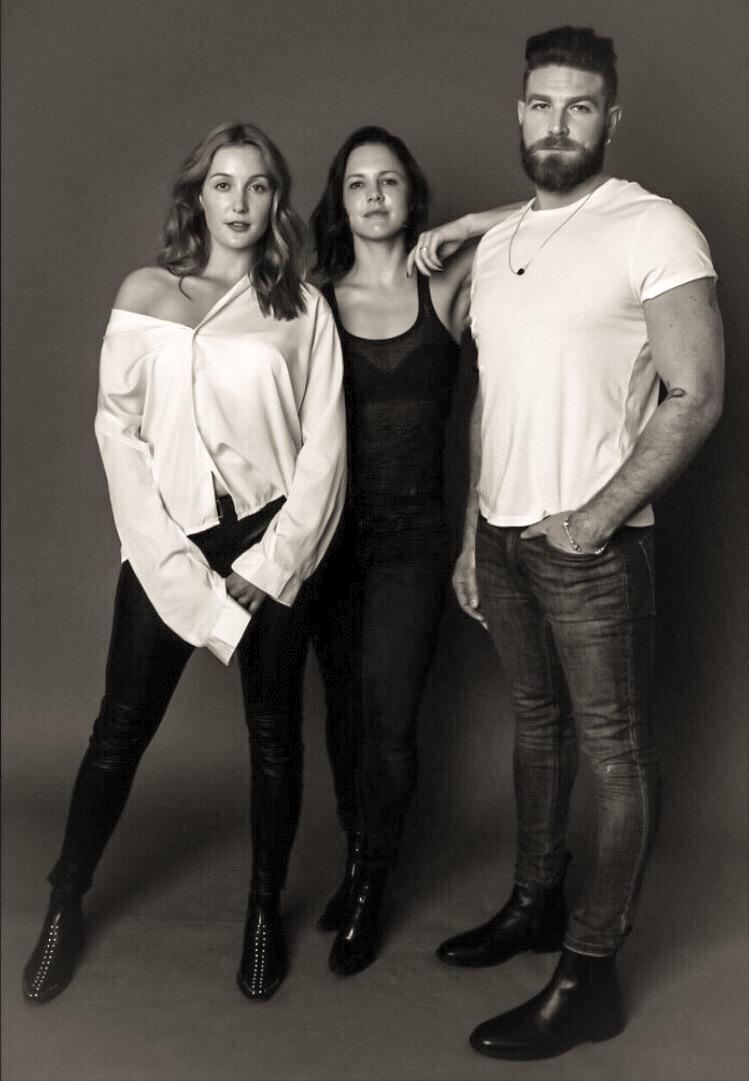 'We hate sharing a bed as a three'

The trio appeared on TV last summer as part of MTV's True Love or True Lies, a reality dating show in which the throuple were told they'd be competing against other couples to be the best.

"We were the only poly relationship there," says Cathy. "It was a lot of fun and we learned lots about each other there."

After coming home from the experience, Cathy asked Nicole if she would like to move in to the family home, which is also shared by the couple's seven-year-old son.

At home the trio might all have sex together, but sleeping is another matter entirely. “Obviously sex and sleeping are very different. We all hate sharing a bed as a three. We all starfish so we all chop and change” says Cathy.

'One day she will fly the nest'

Despite their throuple set-up, Cathy and Thomas say they are totally committed and in love with each other – and know that even with Nicole or others involved, nothing will change that.

Thomas says: "Cathy and I have so much history – we're married and have a son together. We know that Nicole may want those things too, so I think that one day she may fly the nest."

In the meantime, Nicole is there to stay – with the 27-year-old even becoming part of the family for Cathy and Thomas' son, who called her 'auntie'.

Cathy adds: "We did explain in age-appropriate language what she is to us – but he's always been different with her, he knew that she was special. Maybe he could feel that we love her."

And Thomas believes that their unconventional family format is for the best, noting that being honest has been the best thing for the three of them.

"Instead of cheating and hiding things we've just been brutally honest, and that means we have a happier and larger family as a result – and our son has both of his parents," he says.

"And happiness doesn't come in one standard format," Cathy concludes. "As long as there is respect and everyone feels valued, that's all that matters."

Cathy Keen is the Community & Events Manager for Feeld; a dating platform for open minded couples and singles.