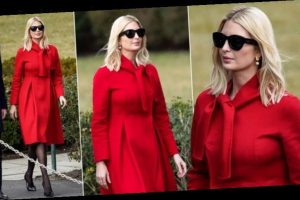 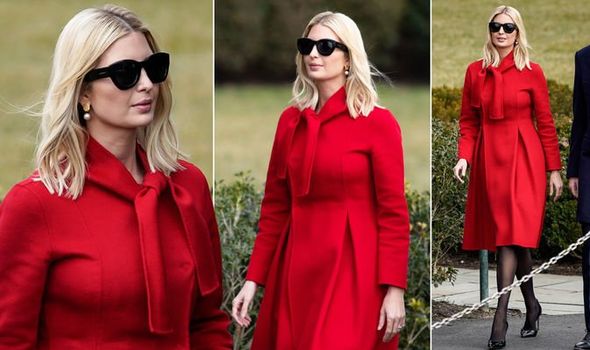 Ivanka Trump watched on as Donald Trump signed the USMCA at the White House yesterday. The former model is the daughter and one of the senior political advisors of the US President. She stood out wearing a red fit and flare coat dress that she was first spotted in last year.

Ivanka arrived to the signing with her husband, Jared Kushner, who is also a senior political advisor to the President.

Sharing pictures on Instagram, she wrote: “With today’s signing of USMCA, we leave behind the failed policies of the past and have a new trade deal.

“The largest in history, that will benefit our nation’s great farmers, ranchers and workers! #PromiseKept.” 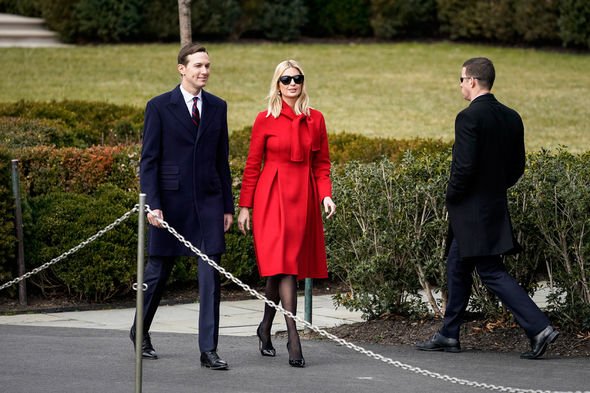 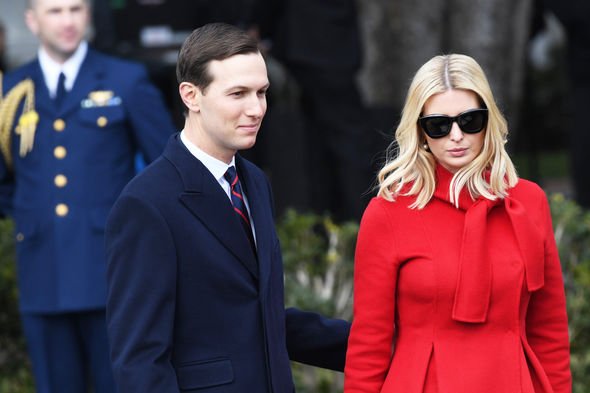 The red coat had long sleeves and a fit and flare design and Ivanka chose to keep it buttoned up to the top.

It had a full skirt with loose pleats and cut off just above her knees.

Ivanka stayed covered up from the cold winter weather by wearing a thin matching scarf.

The mum-of-three wore a pair of thick black tights and had on black leather patent shoes.

She added to the eye-catching look by sporting a pair of oversized black sunglasses.

Although she will usually keep her jewellery to a minimum, Ivanka wore a classy pair of cream drop pearl earrings.

She was also spotted wearing her 5.22 carat, D Flawless, cushion cut diamond ring, which is thought to be worth about £400,000.

Although she has been married for 10 years, Ivanka will rarely wear the jewel, Tobias Kormind, managing director of 77Diamonds.com explained. 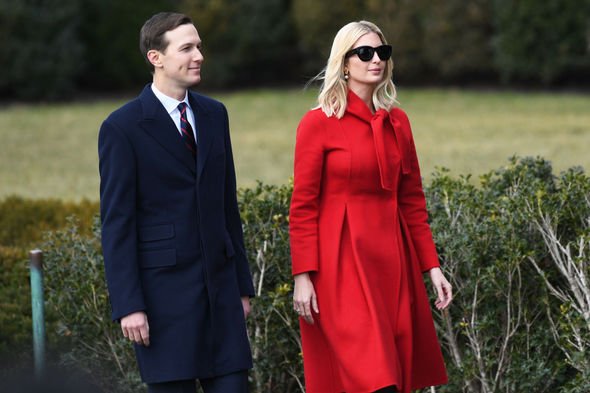 He told Express.co.uk: “Ivanka Trump’s engagement ring, which she received when she became engaged to Jared Kushner, has been conspicuous in its absence even for formal occasions all these years.

“In recent years, Ivanka may feel in international political environments it sends out the wrong message to wear large ostentatious pieces of jewellery which can be inappropriate when she is tackling socially sensitive issues such as women’s rights and inequality.”

Stepping out to the White House yesterday, Ivanka wore her long blonde bob styled into a loose curl.

Her husband, Jared, opted for a long navy coat and a navy and red striped tie. 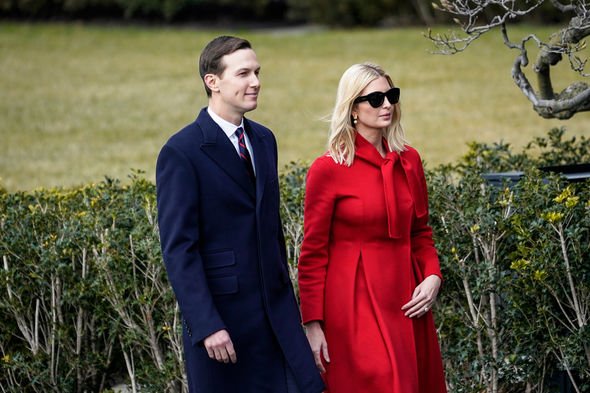 The royal first wore the red jacket in October as she visited her local synagogue with her family.

At the time, she opted to leave her legs bare and styled it with a pair of black high heel shoes.

The former model had paired it with a polka dot midi dress that could be seen underneath the coat.

END_OF_DOCUMENT_TOKEN_TO_BE_REPLACED

END_OF_DOCUMENT_TOKEN_TO_BE_REPLACED
We and our partners use cookies on this site to improve our service, perform analytics, personalize advertising, measure advertising performance, and remember website preferences.Ok