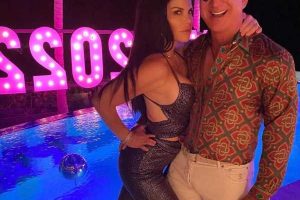 Bezos may have amassed an inhumane fortune, but even he can’t shake the all-too-human urge to dress to impress for his high school reunion. 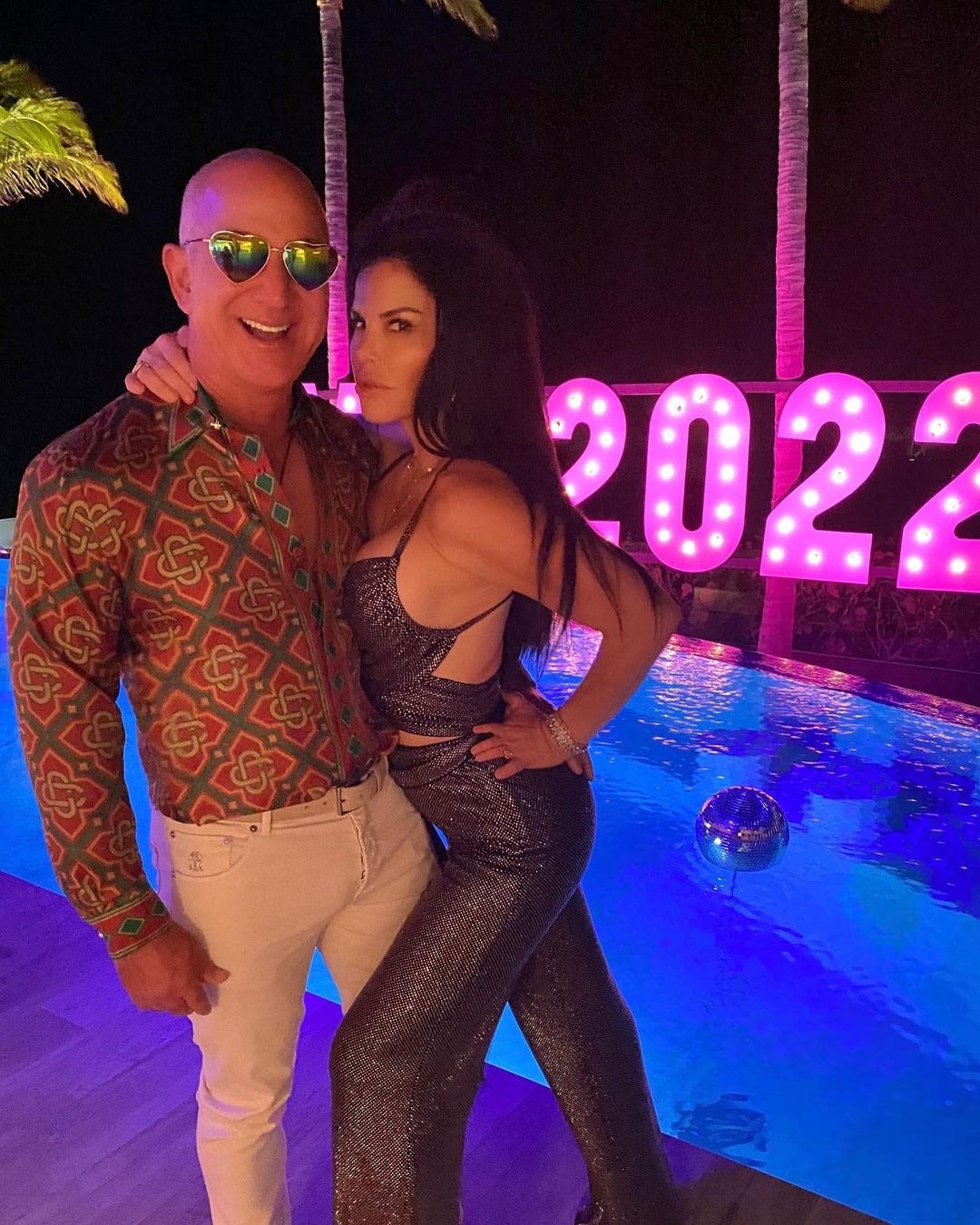 World’s richest man Jeff Bezos had quite the year in 2021: he stepped down as CEO of Amazon, went to space, and was increasingly public with his girlfriend of three years, Lauren Sánchez (even if that led to an awkward run-in with Leonardo DiCaprio). On cue, Bezos’s New Year’s Eve style punctuated the fact that he’s entered a new phase in his charmed life. The tight-fitting print silk shirt, crisp white jeans, and (uh?) heart-shaped gradient-lens sunglasses have easily become the most-discussed fit of the first week of 2022 after he shared a photo of his look on Instagram. It was quite the style evolution for a man whose closet full of khakis and ill-fitting blazers was once indistinguishable from that of the manager of a Chevrolet dealership. As one viral tweet put it, “Jeff Bezos inches closer to becoming Pitbull.”

But it’s likely no mistake that Bezos is now gravitating toward the same fashionable urges as everyone’s favorite party rapper. Jeff, you see, is something of a Mr. 305 himself. He was partially raised in Miami, and graduated from Miami Palmetto Senior High School (which also counts Camila Cabello and the late street brawler Kimbo Slice as alumni) in 1982, right in the middle of a phase in Miami history that would soon inspire both Scarface and Miami Vice.

In other words, the man made the biggest fortune in modern history, and now he’s going to spend it while looking like the coolest guys from his high school.

Isn’t it a bit understandable? As much as many of us like to pretend we transcend our upbringing and hometowns, our personal style can often betray how hard it is to let go of the influences from our youth.

Northeastern WASPs will always have a special place in their hearts for a nicely cut Brooks Brothers blazer or an L.L. Bean Boat and Tote. Many a Texan will never quite shake the innate urge for a nice pair of jeans, cowboy boots, and a Stetson. What is a Southern California girl without beachy waves and the perfect pairing of statement sunglasses and a slouchy bag slung on their arm? Conversely, as much as there is a cottage industry on the internet explaining how to get “French girl style,” it is somehow incredibly hard to master if you yourself are not a French girl. Style may not literally be in our blood, but it’s hard to shake the idea that it finds its roots in our origins.

In Miami, there exists a house style that is maximal in its color, print, and embellishment—and often minimal in its proportions and overall coverage.

Bezos’s NYE shirt is from the French brand Casablanca. Their clothing always tends to have a bit of “life of seaside luxury” flair—although this particular shirt was originally designed to hang loose (it’s for sale, by the way, on Farfetch for $1,274). In true South Florida style, Bezos either decided to opt for the smallest size he could fit in, or had it tailored to accentuate his hard-won biceps. The white jeans? Well, they’re from everyone’s favorite coded luxury brand Brunello Cucinelli (a wardrobe backbone of both Mark Zuckerberg and Succession’s Roy family). However, they’re still tight white jeans—and thus, perfect for a night out at Blue Martini in Mary Brickell Village. (To borrow a favorite throwaway 30 Rock line delivered by Jenna Maroney’s Floridian mother Verna: “Wear something nice, like white jeans and a Dan Marino jersey”). While the shades seem like a bit of novelty fun, would they not seem out of place in 1980s Miami?

And as a fellow Floridian, I get it. Seventy-five percent of my wardrobe may be black, yet there’s always a part of me that sits down to view the most over-the-top Versace men’s collection and think, even for just a second, “…For me??” Lets not even talk about the few highly questionable impulse buys I make each year, consisting of items I would never wear in New York, but figure I’ll save for some theoretical vacation. I can’t help it, and neither can Bezos, apparently.

Will Bezos continue to dress like he’s just left his courtside seats at a Miami Heat game and is on his way to the VIP section at LIV? Many of his public appearances tend to be more business-oriented or formal, though paparazzi have caught him out and about on his yacht in the past few years wearing a collection of brightly colored swimsuits and half unbuttoned linen shirts. We have to imagine there’s an entire side of his closet the public never gets to see. If he continues to appear dressed less like a man who made his money on a combination of books and tech and more like a guy who owns a shadowy Coral Gables-based importing company, we wouldn’t be surprised.