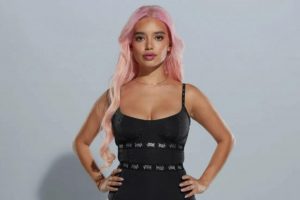 KATE Hudson has sent the internet into meltdown after the latest item from her sportswear range got everyone talking.

Fabletics, which is co-founded by the 43-year-old Hollywood actress, is currently selling a pair of gym leggings like no other. 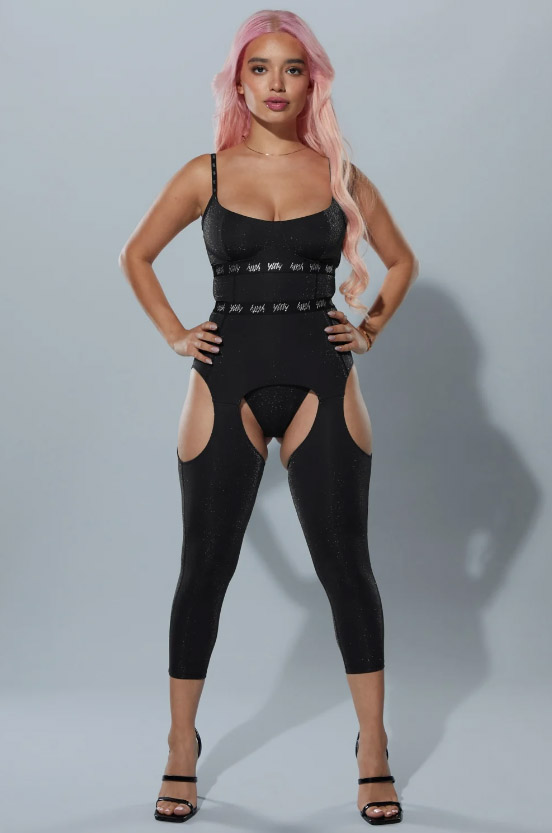 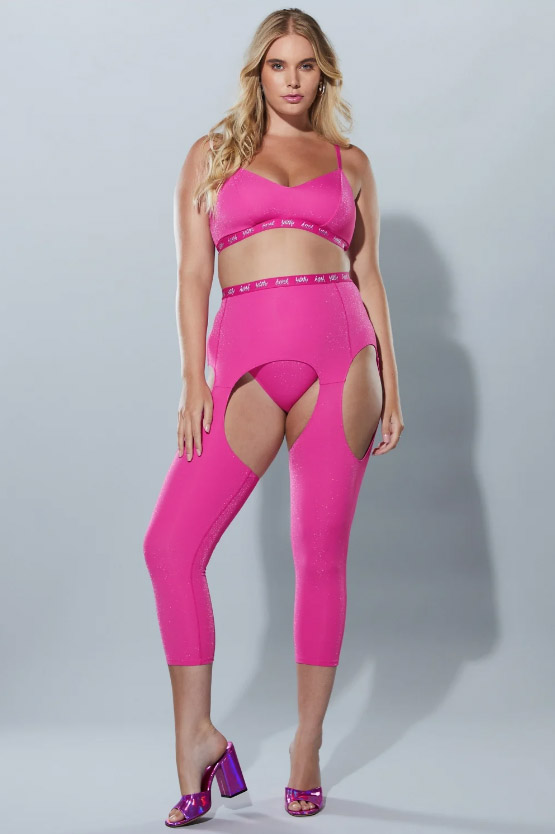 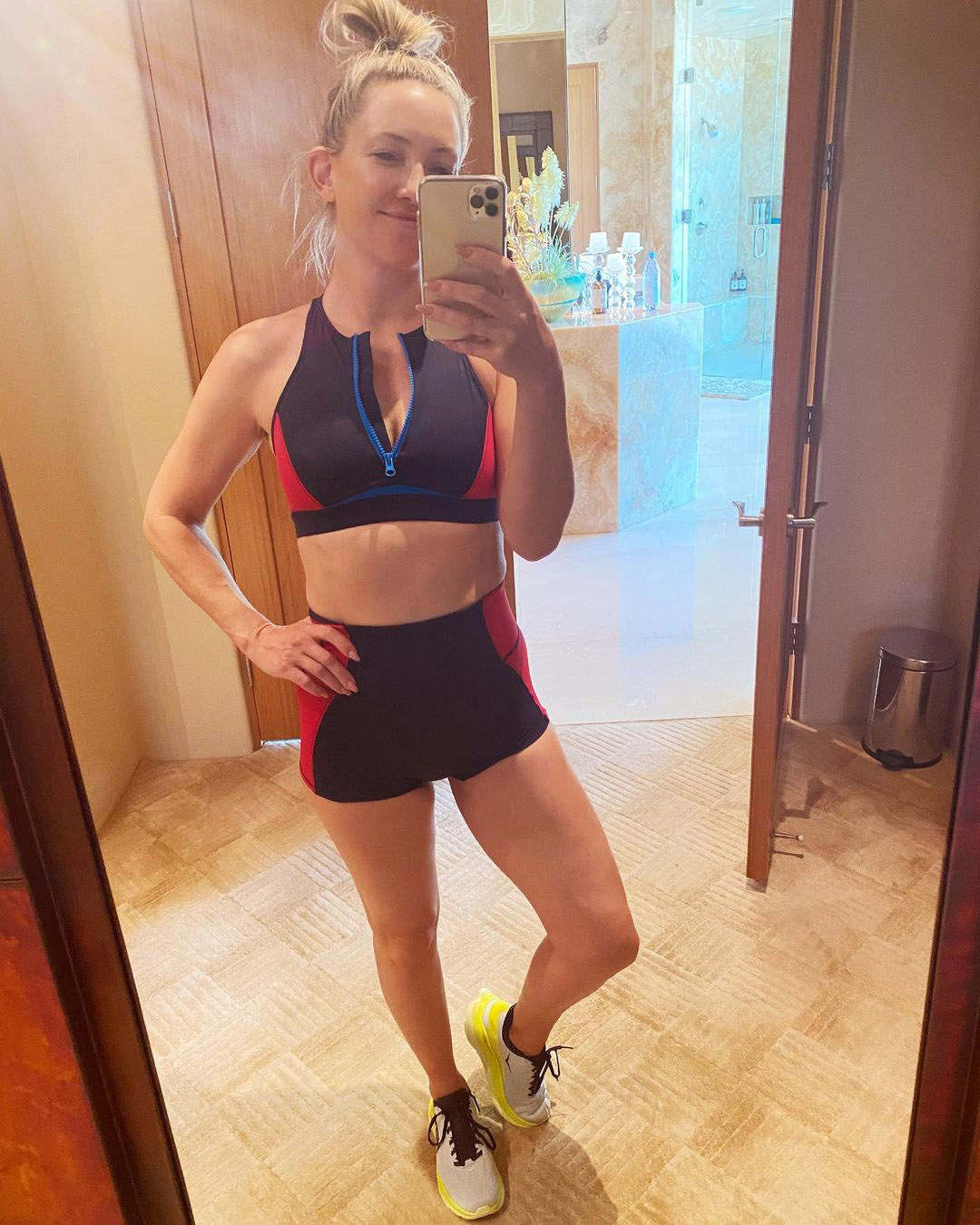 That’s because the bizarre design is covered in holes and features thigh, crotch and bum cutouts which, when worn, show a gym goer's underwear.

The gym outfit – called the Spotlight Shaping Ass Out Capri – comes in two different colours, black and pink, which both have large pieces of material missing.

But the holes don’t mean the leggings come cheap, as the item of fitness clothing was originally on sale for a whopping £84.

However, prices have since been slashed in the sale and the unique leggings now retail at £16, with the brand saying it’s time to “gear up for gym season”.

US star Kate’s company has released images which show the bright pink leggings in all their glory, with the model’s matching pink bra standing out from underneath.

In another picture taken from the back, it’s also clear that she’s wearing a pink thong.

What’s more, the snaps also show the leggings teamed with high heels rather than trainers.

And as soon as social media users spotted the promotional pictures online, they had plenty to say – and even more questions.

People couldn’t help but comment on the unique – and rather impractical – design, with some even mocking it altogether.

Author Lucy Vine said: “I can't believe these are so reduced!

“I'm going to look so great on the treadmill.”

Meanwhile, gym-goer Lynsey James joined in the debate, as she commented: “I think I might buy these myself.

“I want to look stylish on my walks around the village.”

Lesley Williams also wanted to have her say on the truly unique gym outfit.

She sarcastically said: “I can't think why they are reduced to clear.”

Martin Gardner added: “I have many questions.”

While Helen McCusker started the questions off, as she wrote: “Did they go thread bare on the rowing machine?,”

News presenter Louisa Pilbeam was equally confused, as she said: “Is this outfit for real?” 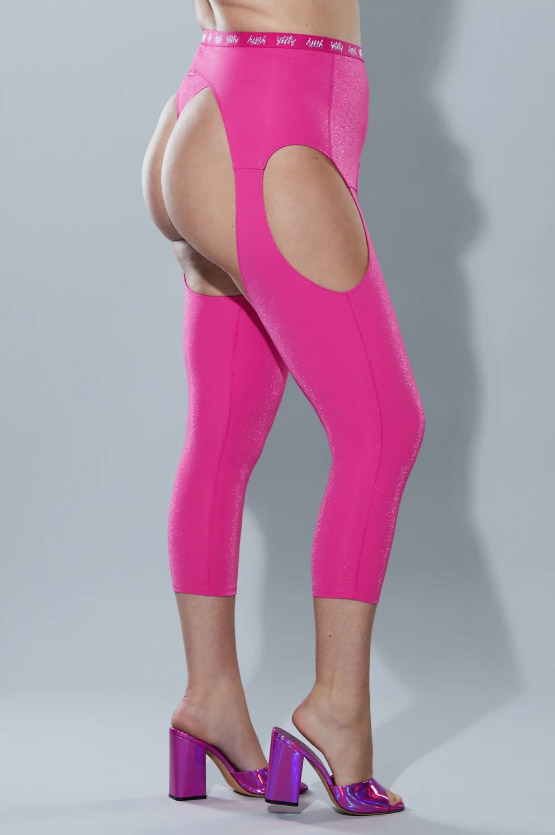