KATE Middleton has hinted that she will showcase her piano skills tonight as she posted a sneak peek for the Together at Christmas carol concert.

The Duchess of Cambridge – wearing a red dress and with her signature bouncy brunette hair – sat and poised herself ready to play the piano ahead of the concert at Westminster Abbey. 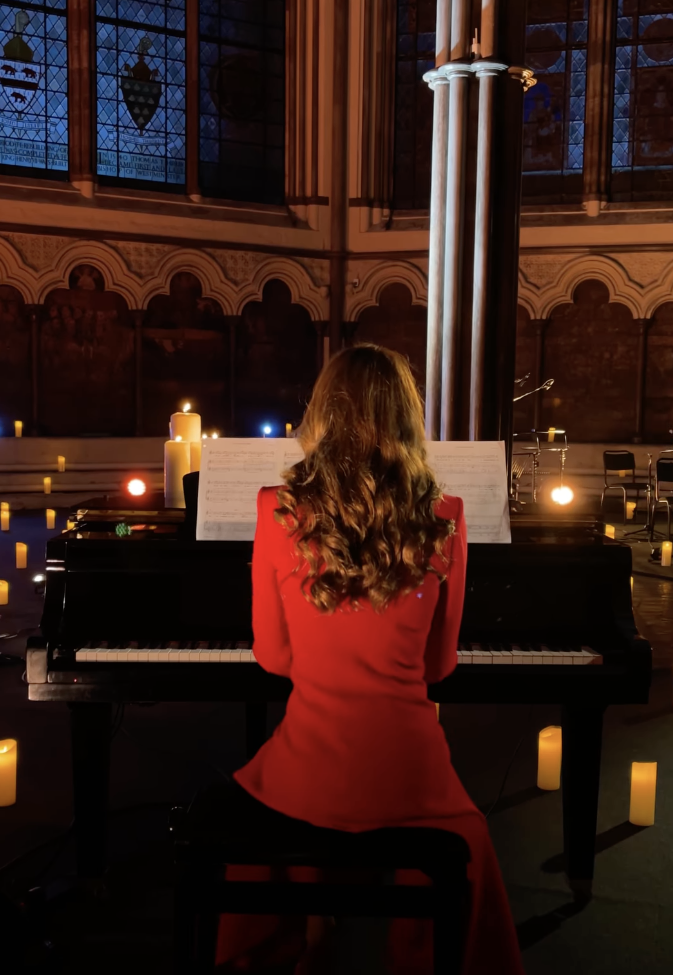 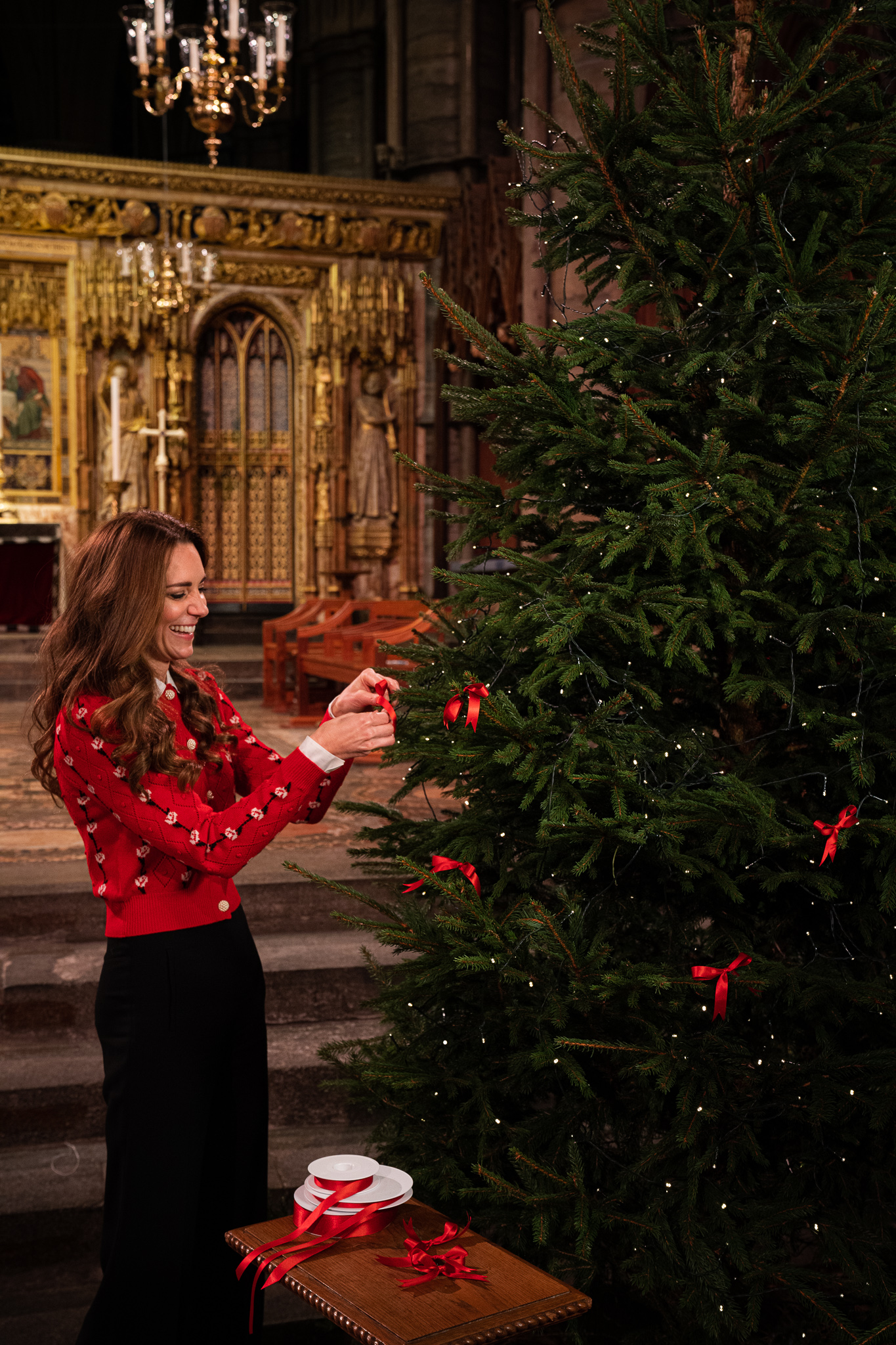 In the short clip, the Duchess gracefully walks in and sit by the piano in the Abbey – which is illuminated by candlelight.

She positions herself as if to start playing the keys and reading off the music sheet ahead of the festive concert.

And her talents on the piano may be showcased tonight – with the Duchess allegedly expected to play one of the Christmas carols herself.

Kate, 39, also teased the televised carol concert yesterday as she was pictured tying bows to a Christmas tree.

She will host the event with hubby William among the 1,200-strong audience.

Royal Carols: Together At Christmas, which will air on December 24 at 7.30pm on ITV, will also include a whole host of festive performances, readings and carols introduced by The Duchess of Cambridge.

Responding to the piano tease, royal editor Chris Ship said: "Looks like somebody is going to be performing in the ‘Together at Christmas’ carol concert tonight."

The service was filmed on December 8, and Kate was seen wowing in a festive Catherine Walker coat with large bow detail, a red dress, and the Queen Mother's sapphire fringe earrings loaned to her by the Queen.

In a clip released by ITV on December 17, Kate looked radiant in red as she says: “I am so excited to be hosting Together At Christmas here at Westminster Abbey.”

The short promotional teaser, voiced by actor James McAvoy, shows a host of A-list stars performing for the royal service.

The Together At Christmas concert reflects on the challenges of the pandemic and will pay tribute to the people and organisations who have supported communities through the Covid-19 crisis.

In a moving message, the Duchess told the programme the pandemic showed the "importance of simply being together" – as she described the "heart-wrenching isolation from those we hold most dear".

Kate said: "We have lost loved ones, seen our frontline workers placed under immeasurable pressure, and we have experienced heart-wrenching isolation from those we hold most dear.

"Alongside this, we have seen how communities have come together to support those most in need.

"And through our separation from others, we have been reminded just how powerful human connection is to us all.

"Just how much we need one another. And how loving and feeling a sense of belonging to one another can provide comfort in tough times.

"The importance of simply being together."

Kate also wrote: "Christmas is a time when we can reflect on the past, listen to one another, focus on the relationships that nurture us and build our resilience, so we can look forward to a brighter shared future."

Meanwhile, William, Kate and their kids will spend Christmas day in Norfolk with the Middleton family away from the Queen, it is understood.

The Cambridges won't be joining Her Majesty, Prince Charles and Camilla at Windsor for the 95-year-old Monarch's first Christmas without her "strength and stay" Prince Philip.

The Queen was forced to scrap her traditional trip to Sandringham, Norfolk, this month as the UK battles rapidly rising cases of the Omicron Covid variant.

The Prince of Wales and the Duchess of Cornwall will join her in Windsor.

Kate, William, George, Charlotte and Louis will not be going with them, instead opting to spend Christmas with Kate's family.

Anne, 71, will not have Christmas Day with her mother either as her husband Sir Timothy Laurence has tested positive for Covid.

It's understood retired Royal Navy vice admiral Sir Timothy, 66, and the Princess Royal are isolating at the Gatcombe Park Estate in Gloucestershire.

But Her Majesty will be surrounded by her family – with Charles and Camilla joining her for dinner.

A spokesman said: “The Prince of Wales and The Duchess of Cornwall will be with Her Majesty The Queen on Christmas Day.”

Royal expert Angela Levin says the Queen will be "disappointed" that Anne will not be able to join the festive gathering.

She tweeted: "The Queen will be disappointed not to see Princess Anne at Windsor because he husband Sir Timothy has tested positive for Covid.

"Anne is very dutiful and the offspring most like the late Prince Philip. Same sense of humour, same attitude. Hopefully he will recover soon." 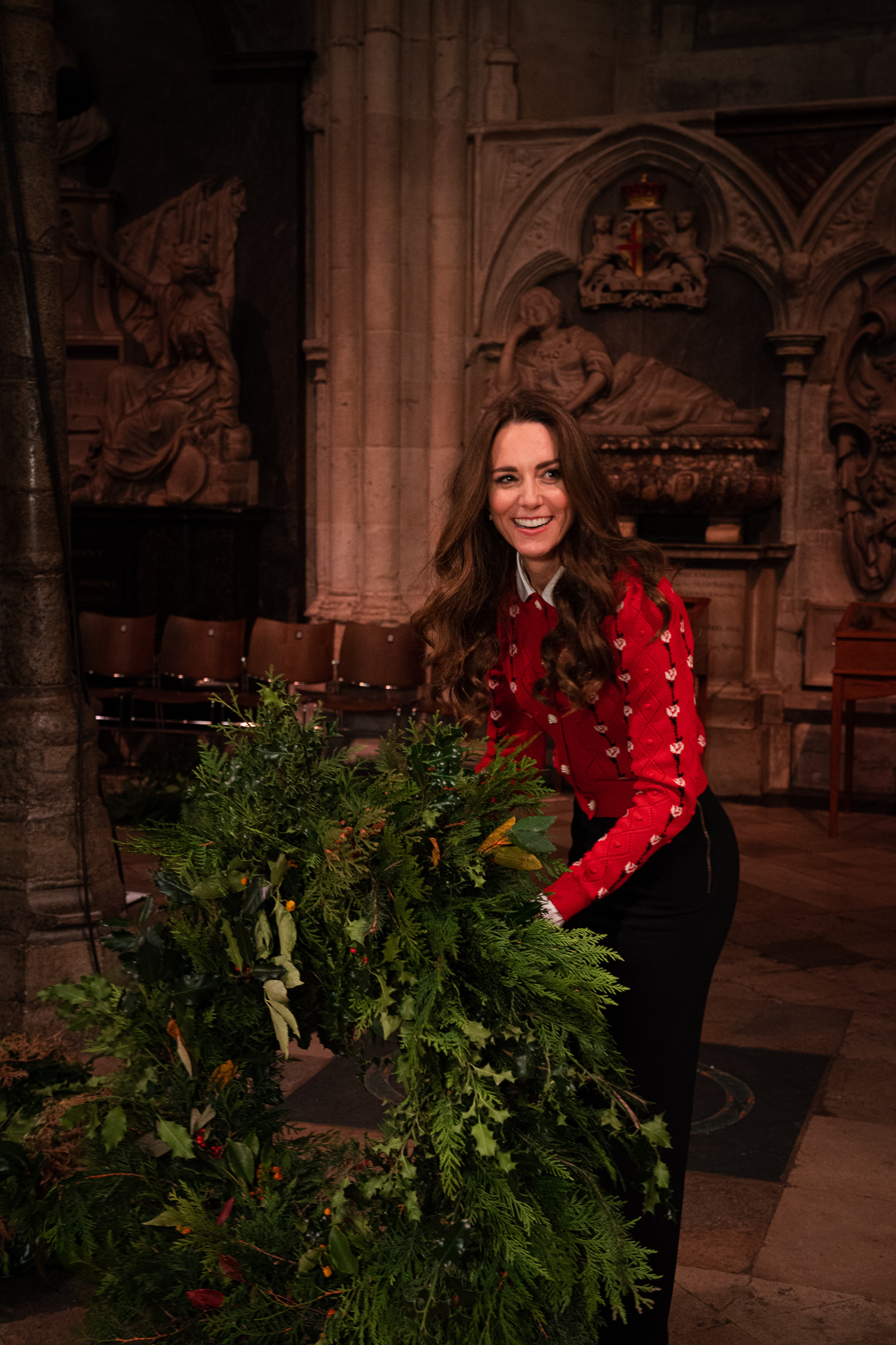 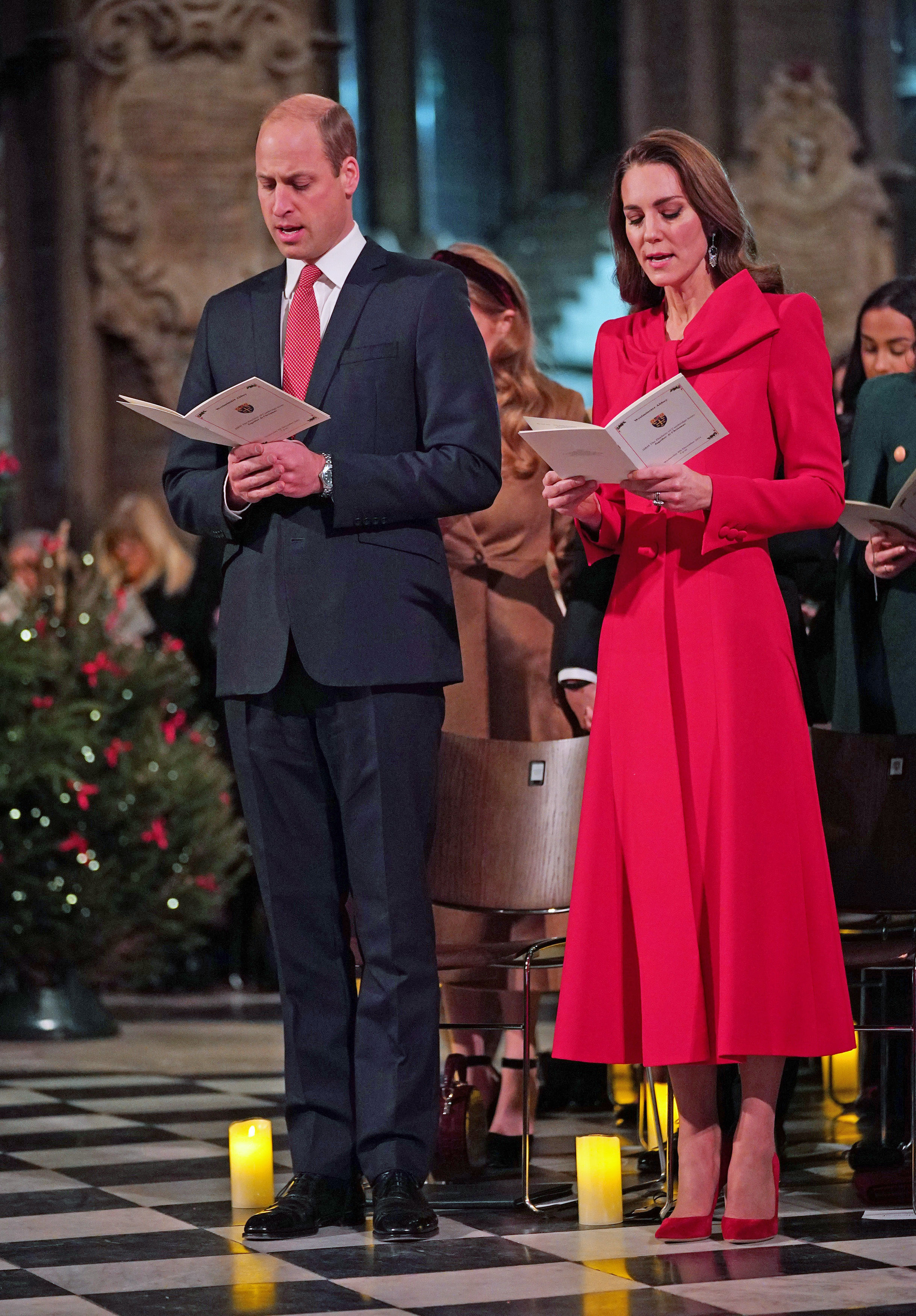