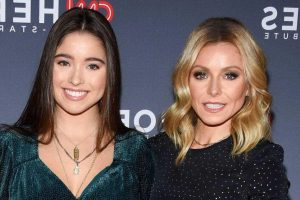 Kelly Ripa is being given a run for her money in the style stakes by her daughter, Lola.

The Live star and husband, Mark Consuelos‘ middle child is becoming more prominent on social media in the wake of the release of her debut hit.

Lola wowed her Instagram followers with a sun-soaked photo on Saturday as she celebrated her musical career.

WATCH: Kelly Ripa and David Muir’s friendship – everything we know

Wearing a pretty, white, off-the-shoulder top, the 21-year-old was snapped leaning over the camera as she looked directly at the lens through oversized sunglasses.

The sun poured down on her and she looked every inch the superstar already.
Lola’s song, called Paranoia Silverlining has proved to be a huge hit since its release earlier this week and both Kelly and Mark are incredibly proud of her.

MORE: Why Kelly Ripa has more than one reason to celebrate during her time off Live

The 21-year-old celebrated her milestone birthday earlier in the year, and is currently studying music at New York University. 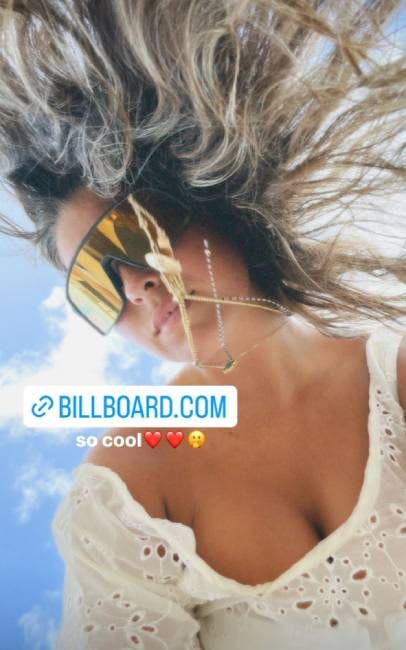 The family are incredibly close and Lola’s older brother Michael, 25, shared his pride for his sister on social media shortly after her song dropped too.

“My sister made a frigging amazing song. Check it out on Spotify NOW,” he wrote.

It’s an exciting year for Lola, as she’s set to move to Europe in September for a study abroad year at college.

Kelly recently revealed that she wasn’t around on her 21st birthday as she was checking out apartments, but that they were going to celebrate when she returned to New York.

Kelly and Mark are also parents to Joaquin, 19, who is studying in Michigan.

The famous couple are eager for their children to carve their own careers and future and not to live off of them.

Kelly recently spoke about the importance of them getting jobs and paying their own bills when she said: “I didn’t grow up privileged and neither did @instasuelos. We work and we expect our kids to as well.”

While Kelly and Mark still live in their plush Upper Eastside townhouse in New York, none of their offspring reside with them anymore.