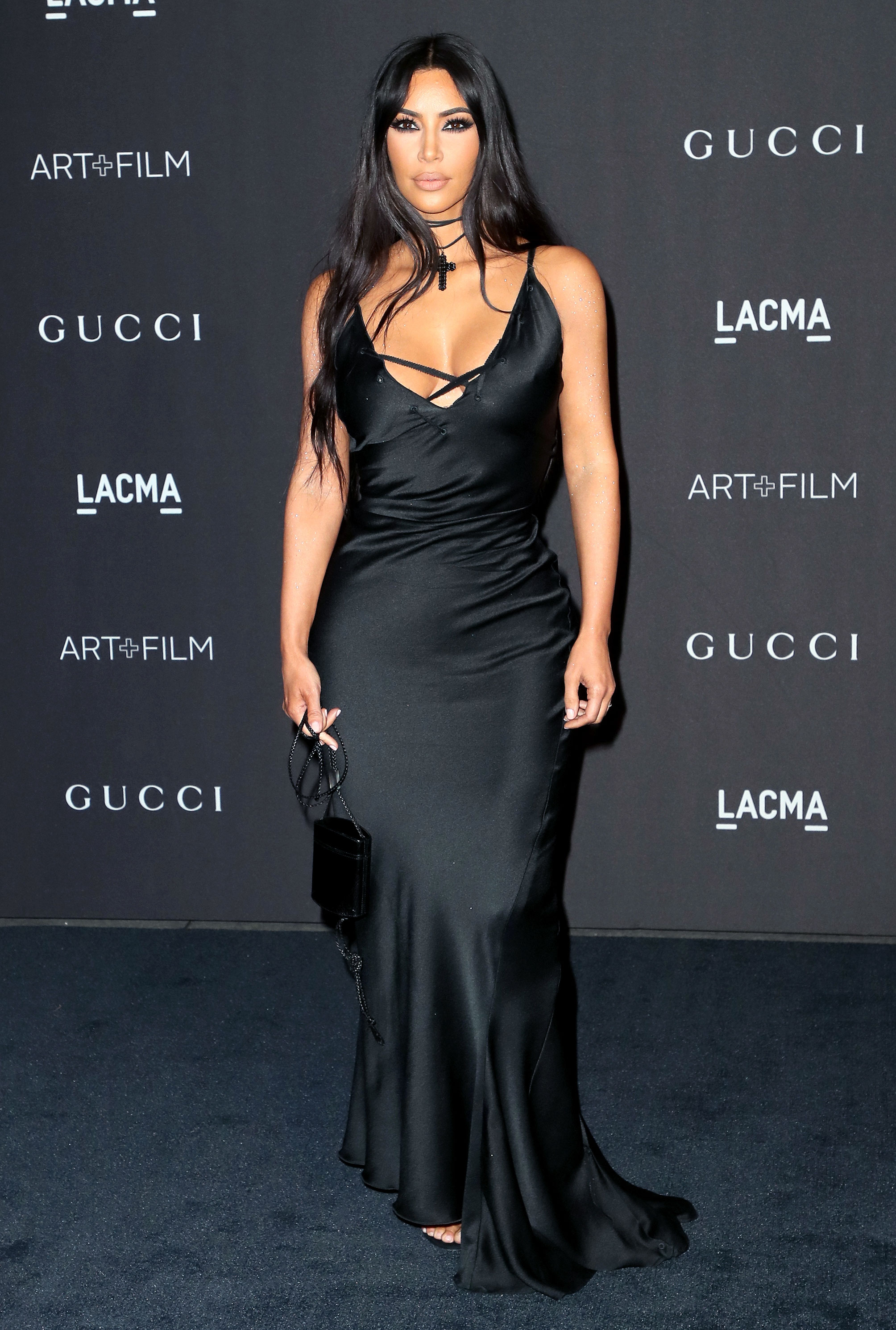 Guys, it may be the tail end of 2018, but 2008 Kim Kardashian is back. Well, her makeup is. Who could forget that the Keeping Up With the Kardashian’s star was seldom seen in her early days of fame without her signature blacked smokey eye. A decade later, the beauty entrepreneur is still glam, but has pared down her look to sultry nudes — until she stepped out at the 2018 LACMA Art + Film Gala presented by Gucci in Los Angeles on Saturday, November 3, wearing a glam goth look with a seriously seductive makeup twist that referenced OG Kim K.

Kim’s makeup artist, Ariel Tejada, crafted a look that was one part old school, one part fresh and all parts chic. The focal point of the look was of course, Kim’s striking brown eyes which were enhanced with deep tones of eyeshadow, shaded to create a cat eye effect. Then, her glam guru upped the ante by rimming her waterline with inky liner, but with care to extend it out for a feline appearance. The difference in Kim’s face beat came down to a couple of things, namely her warm and bronzy blush and more subtle contouring. And the key to the whole thing staying modern was a warm, brown nude lipstick that has since become the KKW Beauty founder’s signature.

About Last Night: See the Best-Dressed Stars on the Red Carpet and Beyond

But the rest of her look was 2018 Kim K-level chic too. Her signature raven hair was worn smooth with slight bends (no mermaid waves in sight) and instead of rocking a bodycon minidress dress like she would have in her days of yore, the fashion icon picked a black vintage Tom Ford for Gucci slip dress that showed off her curves, while also referencing an ultra-glamorous Morticia Addams.

All she had to do was add a black chunky cross choker and you have yourself a high-fashion goth moment that is everything.

Cheers to the OG reality t.v. megastar bringing back some classic Kim K.