Home » Fashion » Like Mel Sykes, I was wooed by toyboy hunk in Venice – I quit my job & moved to Italy despite only meeting him 4 times

Like Mel Sykes, I was wooed by toyboy hunk in Venice – I quit my job & moved to Italy despite only meeting him 4 times 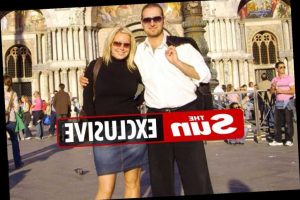 TELEVISION star Melanie Sykes, 50, was earlier this week spotted snogging her gondolier toyboy, 23, while on holiday in Venice.

The presenter flew back to Italy to see her beau following the sad death of her friend and former TV co-star Des O'Connor. 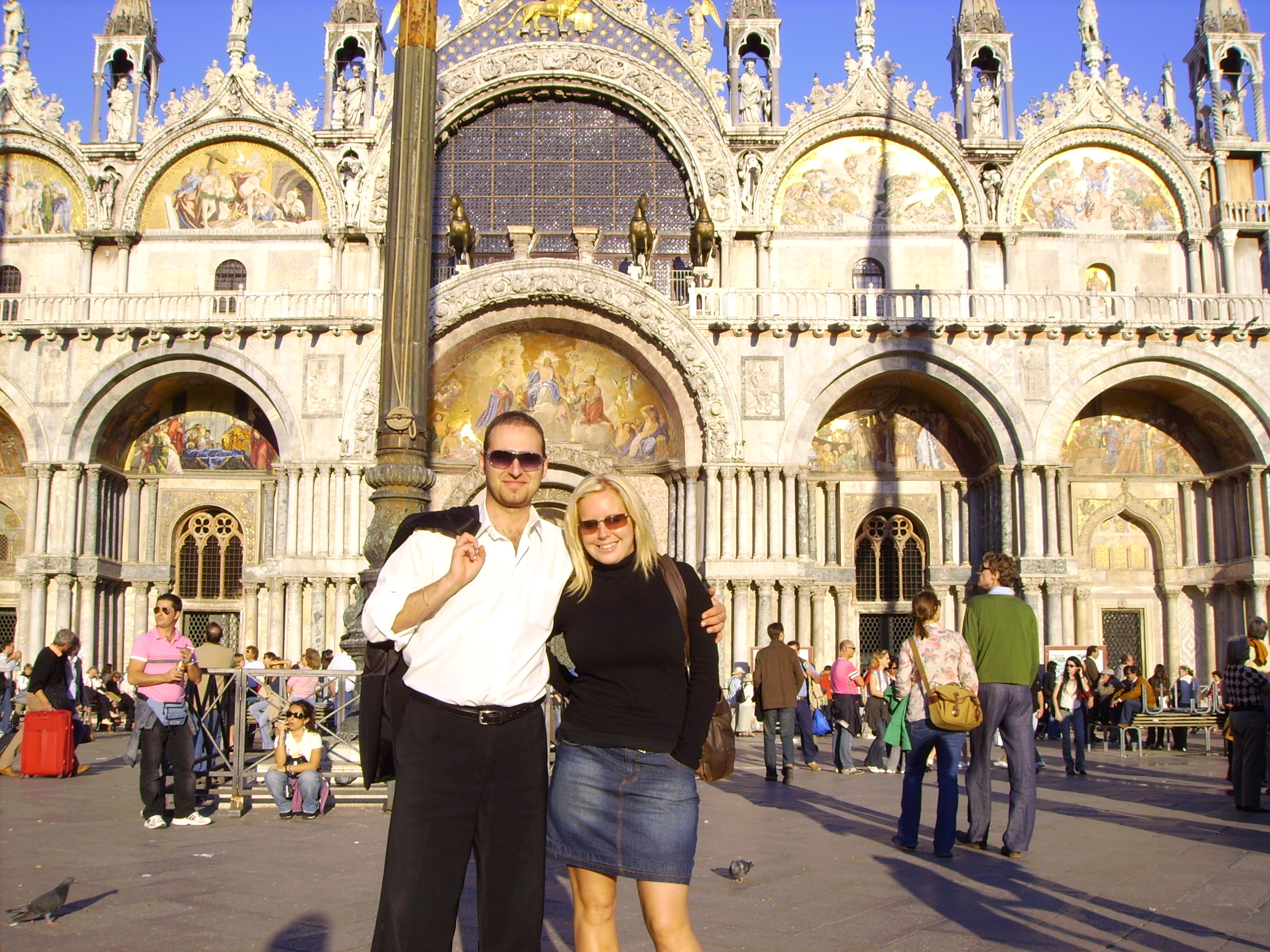 It comes a month after Melanie was snapped kissing Riccardo Simionato after jetting to Italy for a weekend away with a friend.

They were later seen laughing and hugging in Campo San Toma Square as they enjoyed a whirlwind romance.

One woman who understands exactly how Melanie feels is writer Julie Cook, 43, from Southampton, Hants., who was married, had a mortgage and was a high-flying deputy editor when she moved to Venice in 2005 after meeting a bloke just four times. 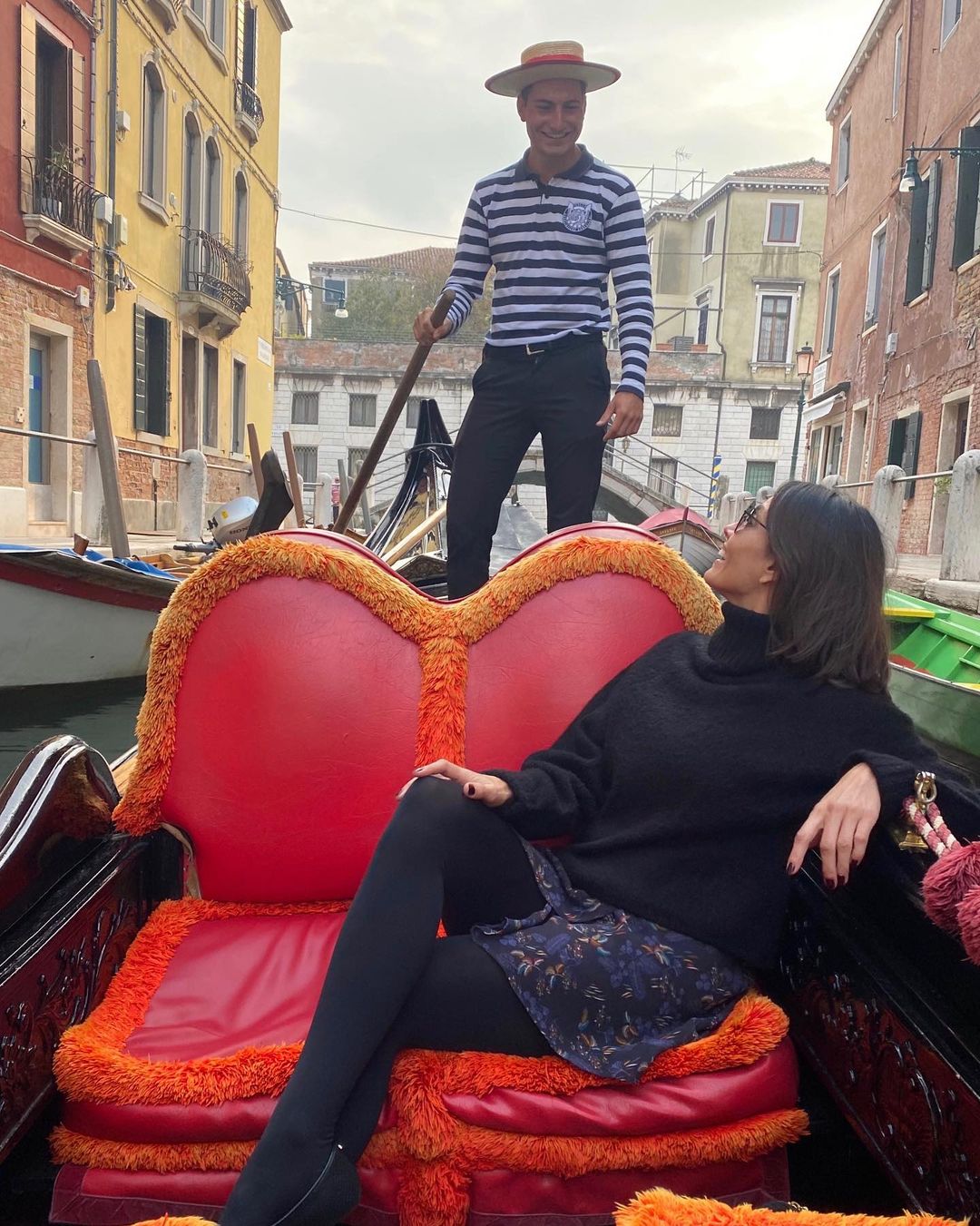 When I saw the pictures of Mel Sykes and her toyboy gondolier lover in Venice I didn’t utter shocked sighs like everyone else. I nodded in approval.

You see, I’ve been there, done that.

Mel looks happy, in love and glowing with her toyboy gondolier. Reports suggest she’s flown back to Venice to see him again.

I know the story all too well…Venice casts a love spell no one can resist.

Back in 2005 I was a high-flying deputy editor on a magazine and working in London. I was 27 but lived a sensible life. I had a mortgage and savings. 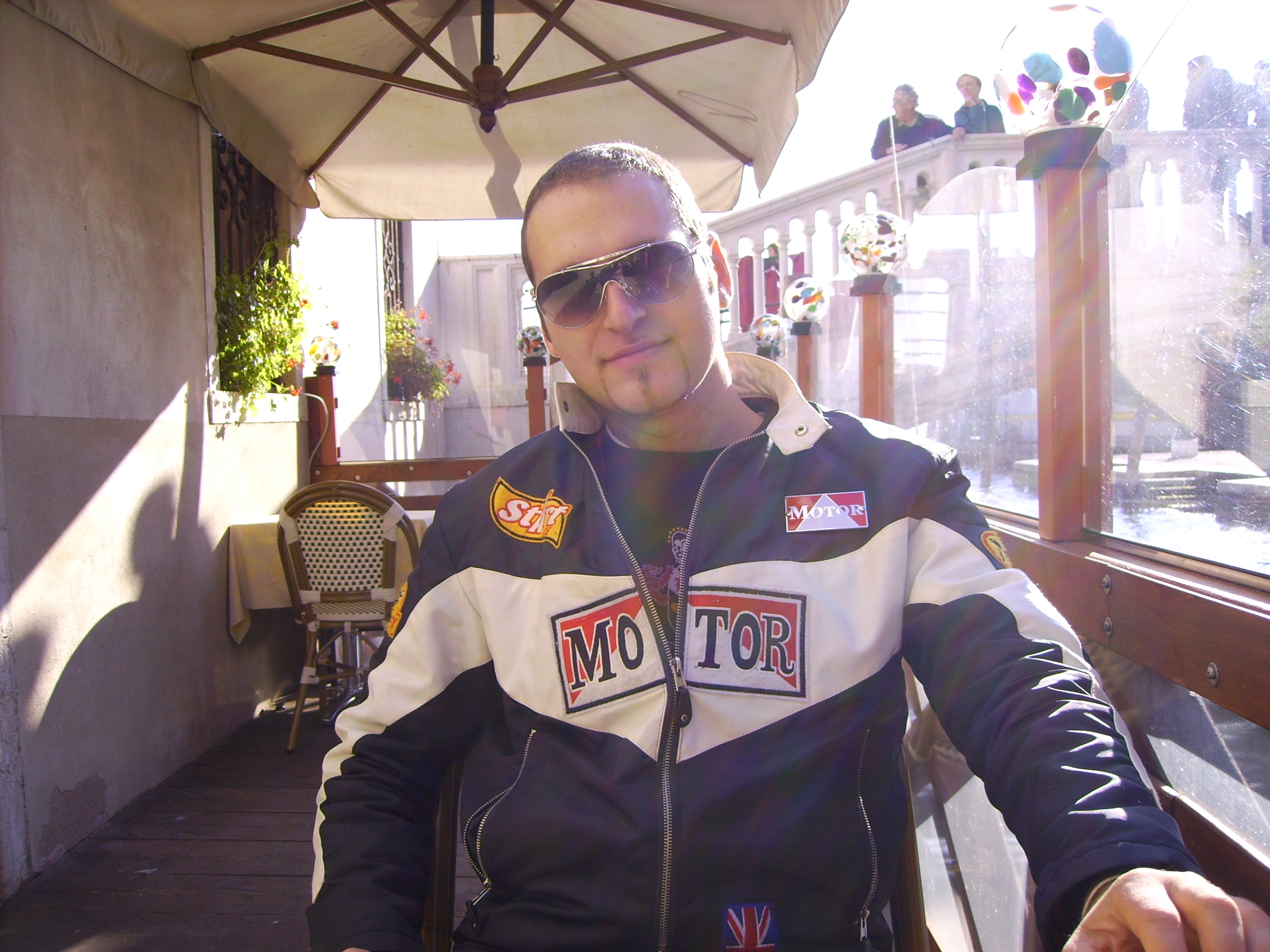 Then I went to Venice on a weekend break.

Dubbed the most romantic city in the world, I fell instantly for its maze of cobbled streets, sun-dappled canals and amazing food.

Then one night I stopped at the famous Caffe Florian in Saint Mark’s Square, famous for being the place Lord Byron and Casanova used to drink.

I caught eyes with the pianist playing on stage. As their set ended, he strode over to me in his tuxedo, the collar slightly open, a cigarette between his lips.

We made hurried, frenzied love. Afterwards, lying on the hotel bed I couldn’t believe what I’d done.

I did something I’d never have done at home.

‘Fancy a drink?’ I spluttered.

We wandered through Venice’s backstreets to a late-night bar. His name was

We chatted into the night. He was Romanian but had lived in Venice years and had Italian mannerisms and could speak the language fluently. He played every night on the stage in Saint Mark’s Square. He had a flirtatious twinkle in his eye. 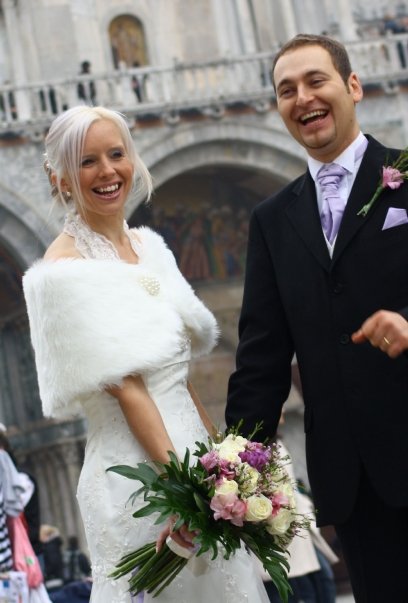 I was married but going through a separation.

I thought: I bet he does this with all the girls…

But, as he walked me back to my hotel and he snaked an arm round my waist I didn’t stop him. Back in ‘real life’ in London I’d have probably batted the hand way. Instead

I leaned in for a kiss.

Back in London at my desk I couldn’t stop thinking about him. I emailed him. He emailed back: ‘Come back to Venice.’

I’d never even had a one-night stand… what had come over me?

Days later I flew back.

I got myself a hotel and in horror looked at myself in the mirror. I didn’t know this man. He could be a psycho. But as I walked to meet him again in Saint Mark’s

Square, I felt a flicker of excitement.

We kissed again, with Saint Mark’s Square as our backdrop and electricity raced through me like a thunderbolt. As we wandered past gondolas bobbing on the canals, I blurted: ‘Let’s forget the drink and go back to my hotel.’

We were barely through the hotel door when I had my top off and his shirt undone.

We made hurried, frenzied love. Afterwards, lying on the hotel bed I couldn’t believe what I’d done. 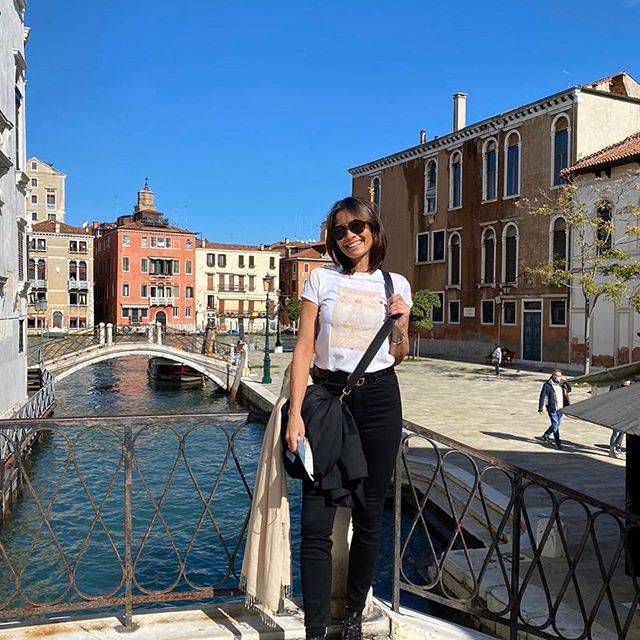 I’d never even had a one-night stand.

What had come over me?

Hilariously, the hotel had a very strict guest policy and a manager heard us through the paper-thin walls and hauled my pianist out into the corridor in his boxers to ask why he was there as I’d only booked a single room.

When he came back in, I giggled and fell into his arms again. As we made passionate love I realised I didn’t even know his surname. 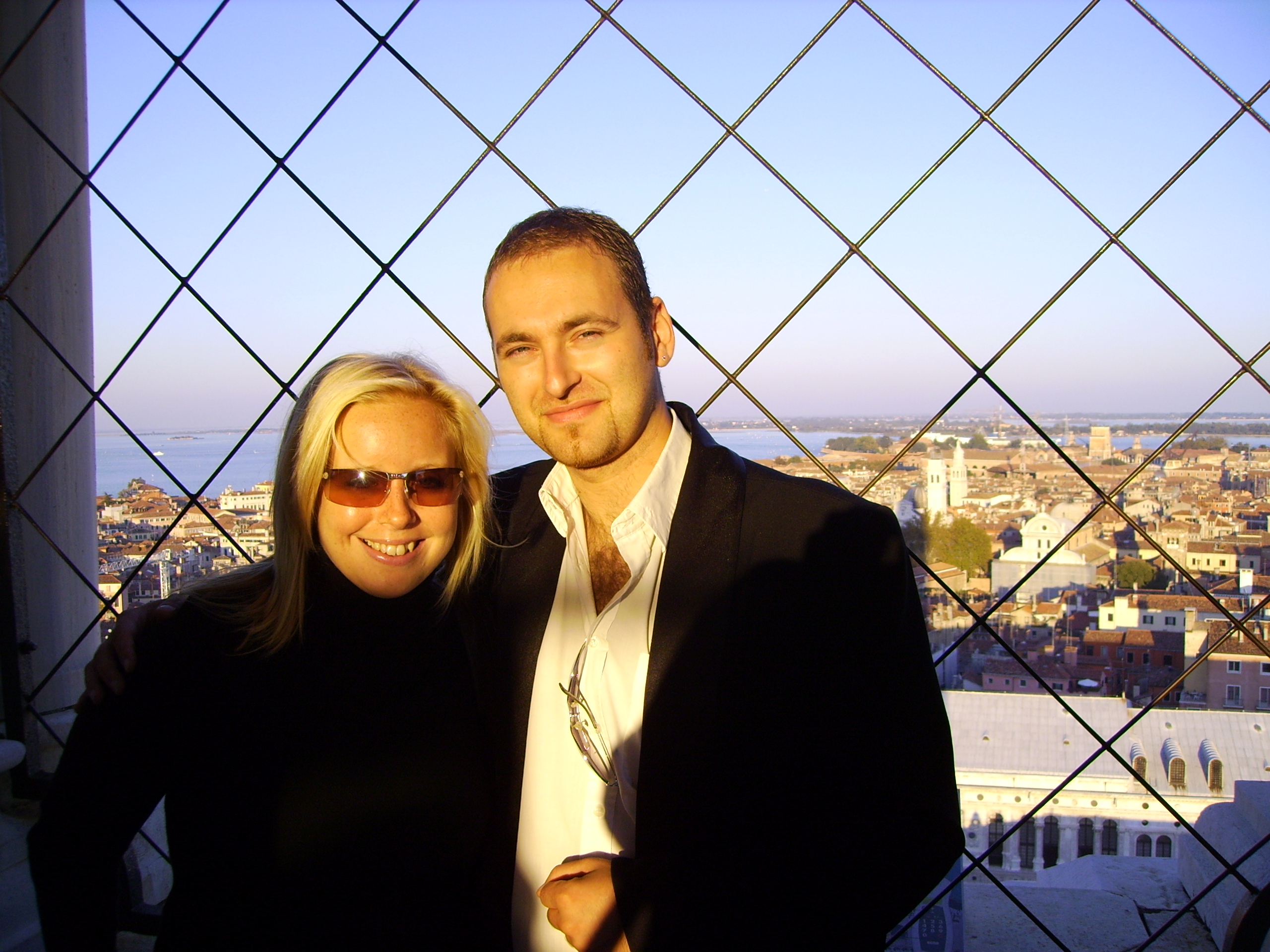 I was back and forth to Venice twice more. Just months later I quit my job, sold my house and moved to Venice.

I rented a tiny studio flat and Cornel moved in. I didn’t speak a word of Italian and we didn’t even know what each other’s favourite food was.

But who needs language when you have the ‘lingua d’amore’ – the language of love?

I lived in an ancient apartment block with several old ladies. Cornel and I had such a passionate love life, the old ladies used to call me: La donna che ti senti ma non Vedi… ‘the woman you hear but don’t see…’ 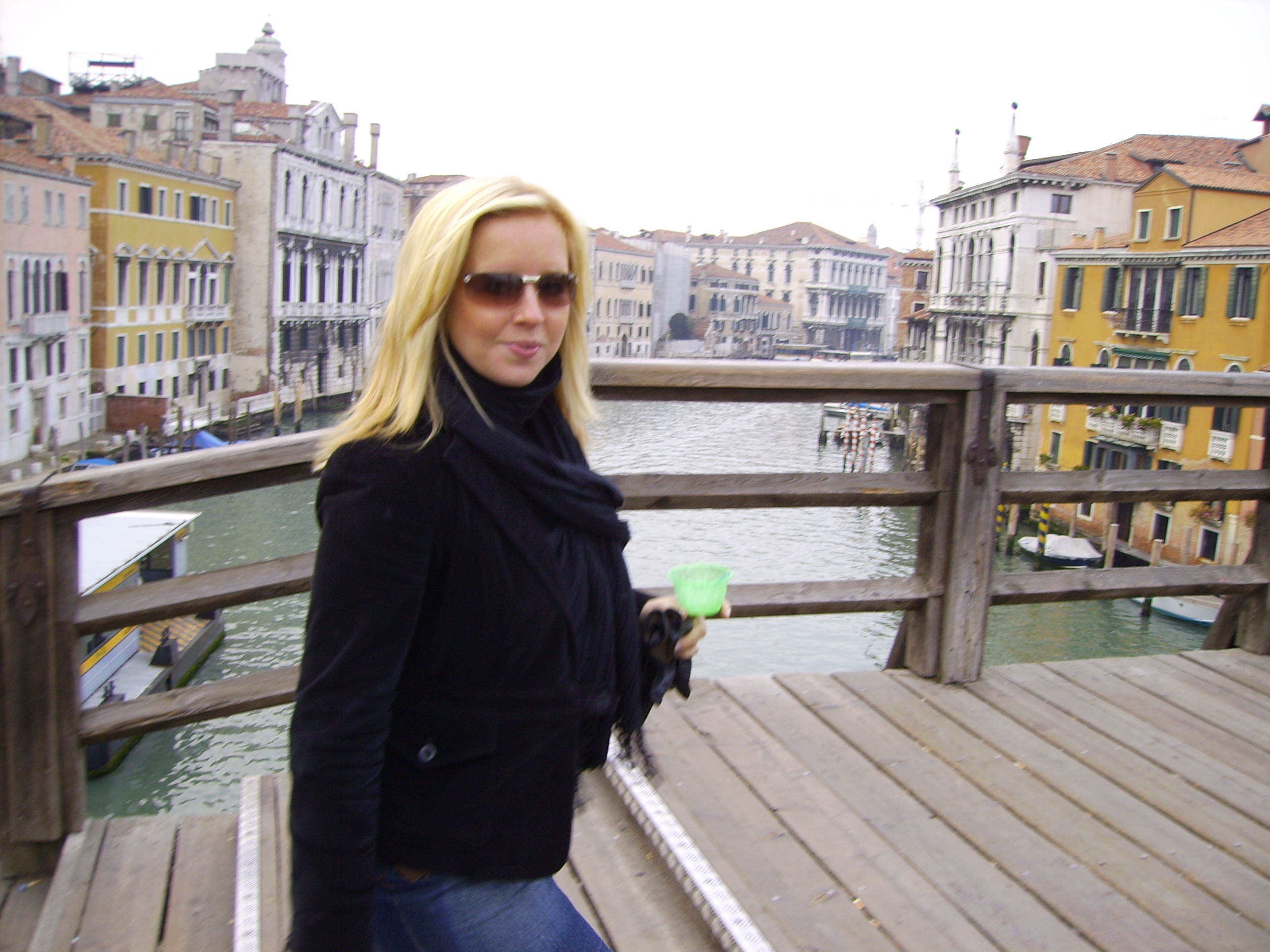 I lived in Venice seven years. I’ve now been married to the pianist I ran away with for 11 years and we have two kids.

Life’s more settled now but I look back with fond blushes at our bonkers passionate love life in Venice. I completely understand why Mel has gone mad for a gondolier in

Venice. Sex, kisses, hugs – all seem better in Venice. It’s the city of Casanova, of sex, of love, of mystery.

I fell under its charms and I don’t blame Mel for doing the same.

A woman told how she fell in love with a bloke 10,000 miles away after accidentally matching with him.

A woman told how she was so hot people constantly propose and offer her free holidays.