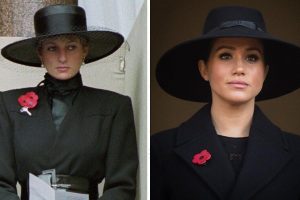 When she lived in the UK and carried out royal duties, Meghan attended several memorial services, where she would wear black. The Duchess has been wearing black this week too, like the rest of the Royal Family, and will do so again next Monday. A fashion expert has predicted what kind of black outfit she is likely to wear.

Royal fashion expert Miranda Holder told Express.co.uk: “The tradition of mourning dress is a longstanding one, going back centuries all over the world , and it was fully embraced by Queen Victoria who famously lived out her final years in mourning dress after her beloved Prince Albert died.

“For obvious reasons, mourning dress is not as exciting from a fashion perspective.

“Apart from the uniform black, clothes are purposely simple and modest, keeping focus on the deceased rather than the remaining loved ones.

“One person that will no doubt be highly scrutinised however will be Meghan, who famously channelled Princess Diana on Remembrance Sunday a few years ago.” 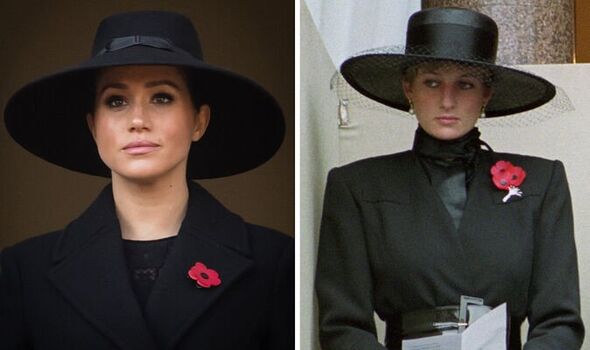 At the time, the Duchess of Sussex wore an outfit reminiscent of one worn by Priness Diana to the Cenotaph in 1991.

Meghan’s coat and hat in November 2019 looked strikingly similar to those owned by the late Princess of Wales in the early 1990s.

Underneath, she wore a black round-neck dress, before completing the look with a wide-brimmed hat. 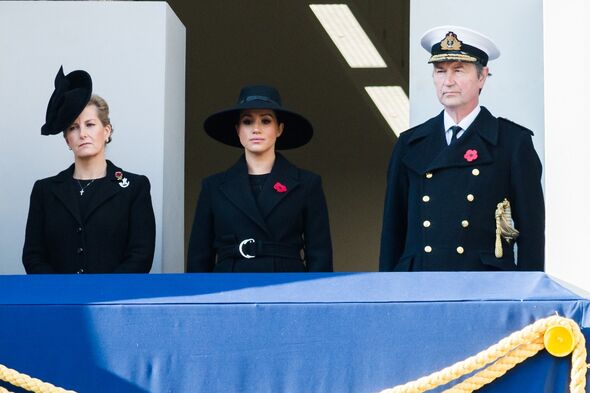 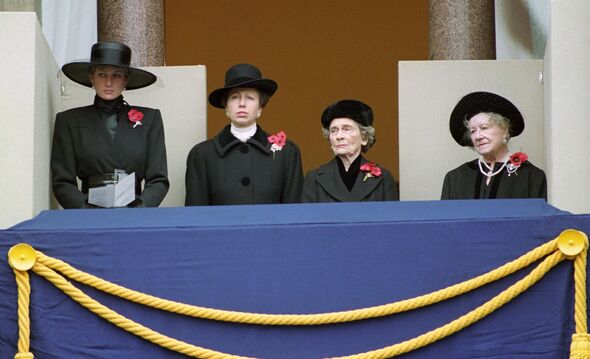 The hat was just as wide as Diana’s and featured a ribbon around its centre – again like Diana’s.

Meghan’s coat was similar to Diana’s as it featured a wide collar and a thick belt, that cinched in at the waist.

Miranda continued: “There is no doubt in my mind that this was a deliberate move on Meghan’s behalf.

“Whilst the Royal Family are immersed in royal tradition and etiquette when it comes to dressing, team Meghan are by comparison unrestricted, and the polished Hollywood PR team that surround her know a thing or two about personal branding.

“The ploy was to increase Meghan’s apparent vulnerability, by comparing her to her late mother in law, thus ingratiating the Duchess back into the hearts of the nation.”

Miranda claimed that Meghan’s look for the Queen’s funeral “will have been months in the making, just as Kate’s will also have been meticulously planned”.

But what is the Duchess of Sussex likely to wear for her grandmother-in-law’s funeral?

The fashion expert said: “Meghan often wears white – which has become somewhat of a style signature for her – and this hue, with its connotations of purity and innocence has helped to position Meghan as a woman we should empathise with rather than ridicule.

“So, with all this in mind, another Princess Diana-inspired look would seem to be a logical move.”

At the Cenotaph in 1991, Diana completed her elegant look with a silver leek-shaped brooch, which paid tribute to Wales.

Pearls are a Royal Family staple and were loved the most by the Queen, who was rarely seen without a three-stranded pearl necklace and a pair of pearl stud earrings.