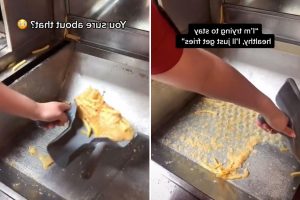 But this Tiktok video of the McDonald's chip fryer might just change your mind – and your order. 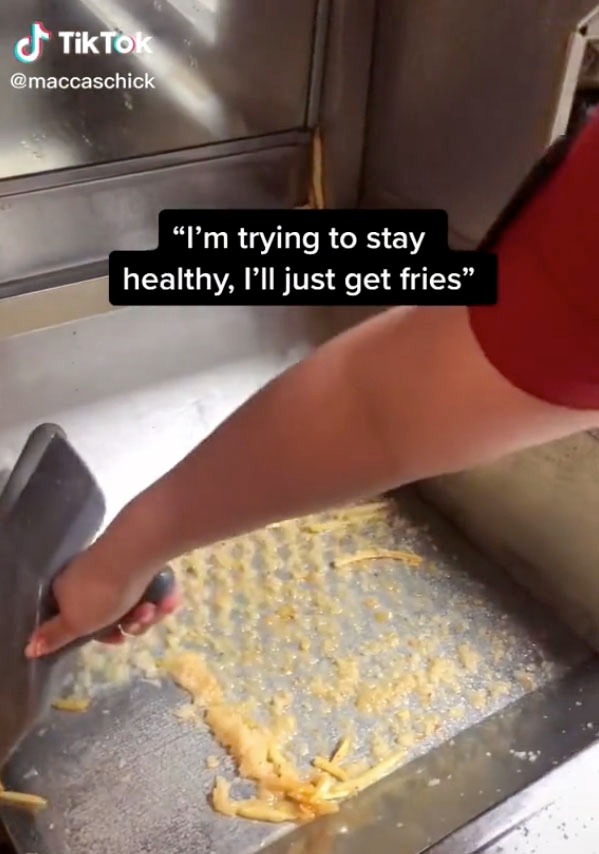 The McDonalds worker showed what collects at the bottom of the fries tray throughout the day in a viral TikTok.

In the video, they scrape up the layers of grease and left over fries at the bottom of the tray into a large metal tool that usually scoops up the fries and puts them in cartons.

The fast-food worker and Tiktoker wrote over the video: "I'm trying to stay healthy, I'll just get the fries" after hearing it countless times at the restaurant.

“You sure about that?” she wrote afterwards.

The video has been viewed more than five million times in only two days.

In the comments, she added: "Guys please, these aren’t the fries. It’s the oil and salt left at the end of the day,”

She also added that the waste was not being scraped from underneath the fries directly, but that the tray that captured residue that fell through the filter.

“It doesn’t affect how your fries taste. It’s just the residue under the filter after making like 1,000 fries.”

One user disagreed with her caption, saying: "Nobody thinks fries are healthy."

Another didnt seem to mind about the grease build up at all, saying: "I have zero McProblems with this video."

One even thought: "Thats the flavour tho."

A smart commenter informed viewers: "Y'all the point isnt that theyre actually serving you this, its that THIS is what is IN what they're serving you.

A former McDonalds worker had also heard that and said: "Yes I used to always think about the customers and be like are you sure."

Seems the video did not put everyone off as some branded the grease slick, "the forbidden secret sauce," as well as "forbidden mashed potato."

Another video shows the chip tray lifted up to reveal layers of grease which have got through the holes and are scraped away.

Where she clarified again: "Every workplace with fries has/ SHOULD HAVE these to catch the extra salt and oil, for the last time, this isnt what we serve."

One user warned her that: "Technically this is against your contract and you could get in serious trouble."

Another admitted they had worked at McDonalds for 3 years but never knew you could remove the tray in the first place. 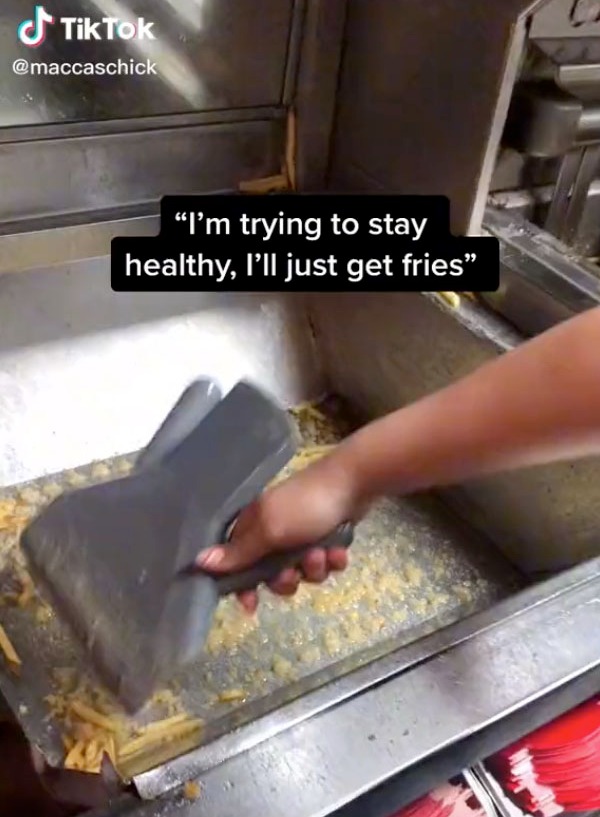 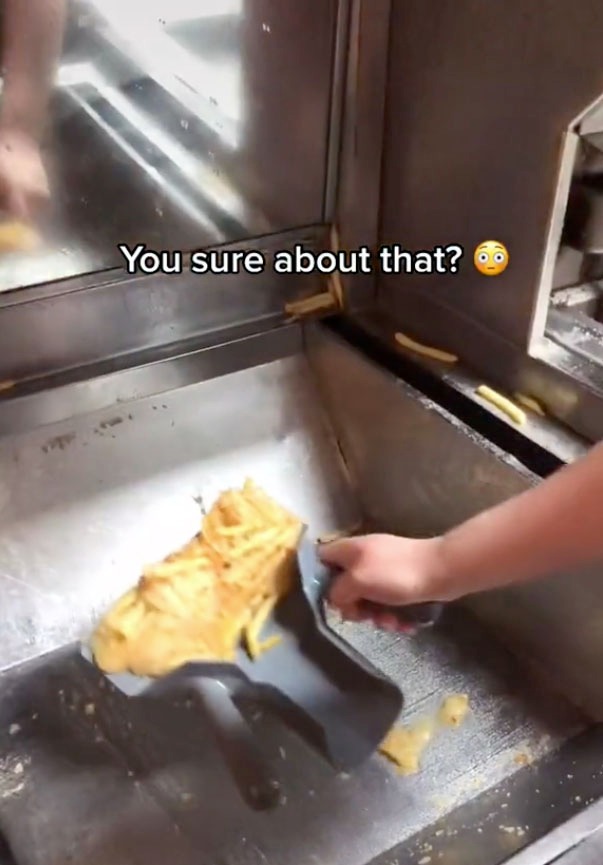 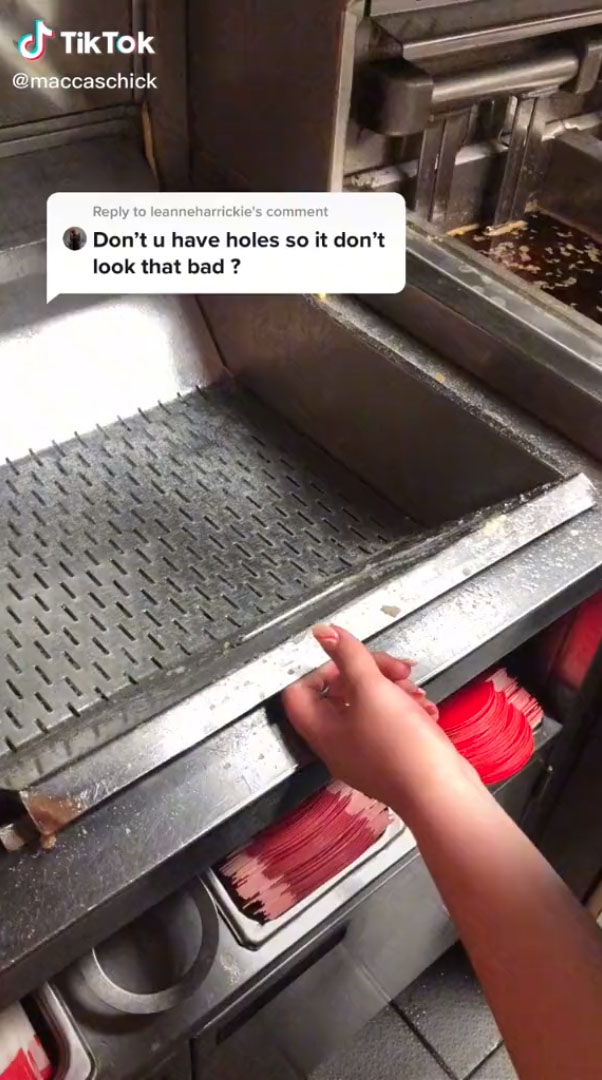 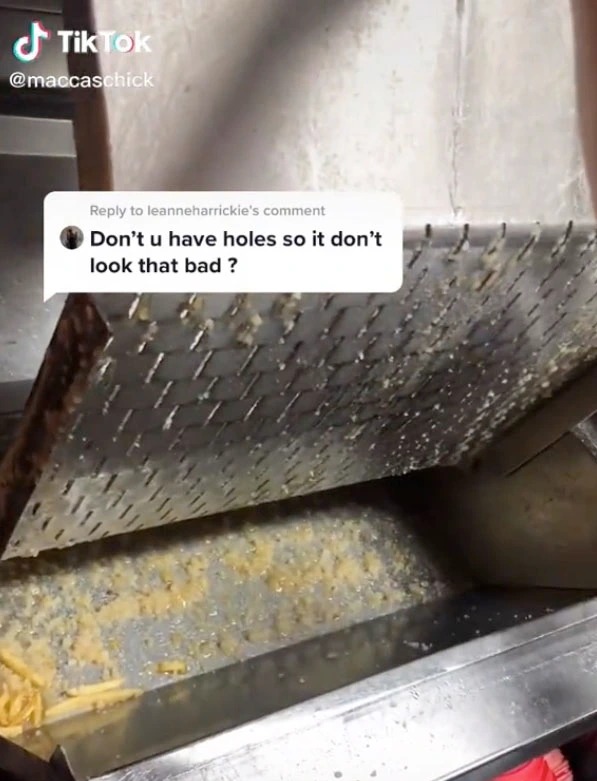 For more McDonald's stories, I work in McDonald’s – a customer once put in a £5k order & I made 3,200 burgers in four hours, it was exhausting

This worker revealed drive-thru secrets as staff take PHOTOS of customers when they order.

And this McDonald’s fan was stunned after discovering hidden drinks hack which makes them so much easier to carry – have you noticed?

Plus this man whose parents own a McDonald’s shares top secrets, including how to get FREE food & what the till looks like.