But all is not as it seems, as the incredible collection of images are part of a spoof series by photographer Alison Jackson. 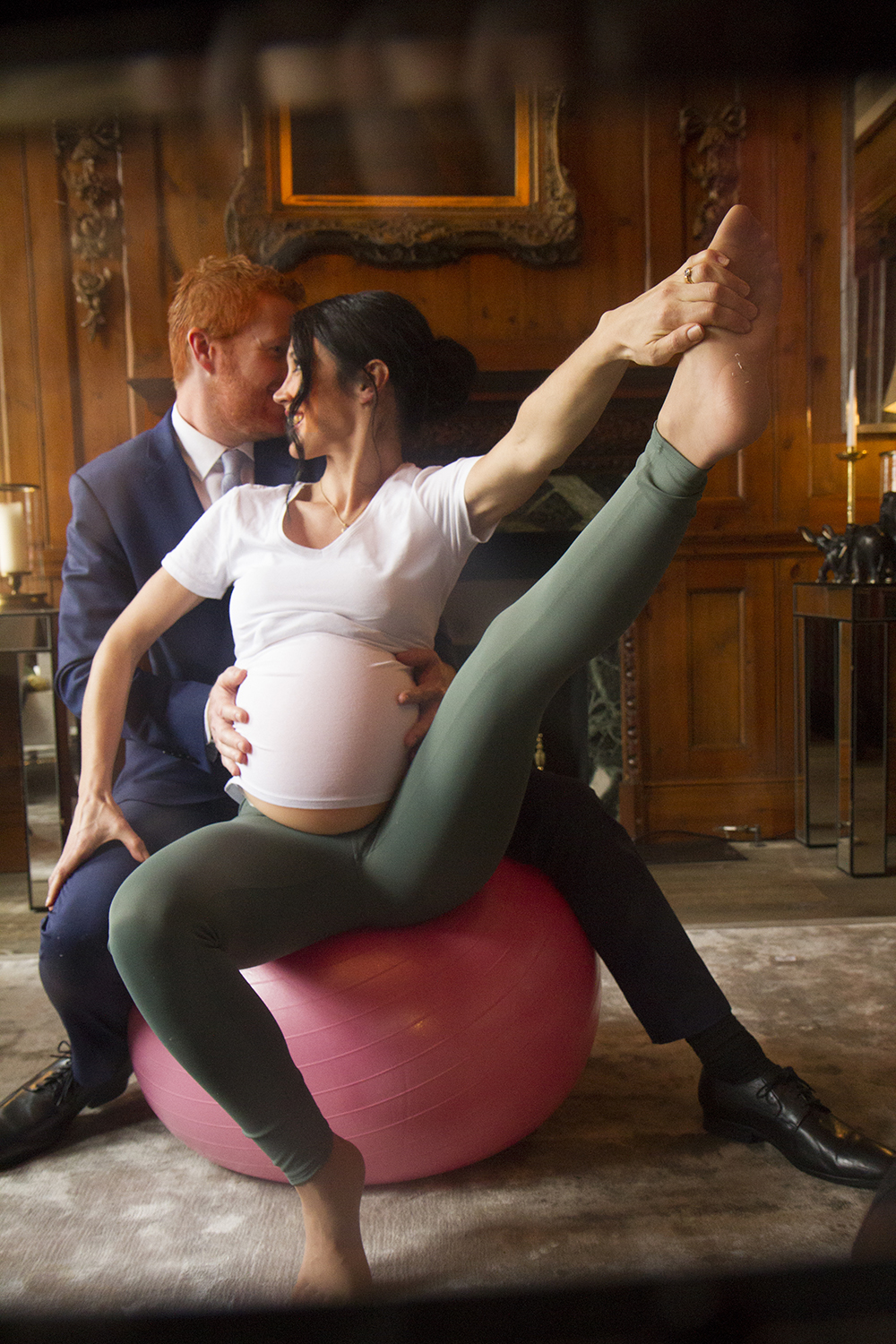 Alison’s latest series imagines how the famous royal couple is preparing for the birth of their first child behind closed doors – and shows them as you’ve never seen them before.

Although Meghan and Prince Harry have kept many details private about the pregnancy, the spoof gallery shows lookalikes picking out baby clothes and measuring the royal bump.

In one jokey shot, the duke and duchess can be seen listing possible baby names, which include typical American monikers like Chad and Chuck.

Making light of the alleged tension between Meghan and her dad Thomas Markle, the stand-in couple can be seen crossing Thomas off the list. 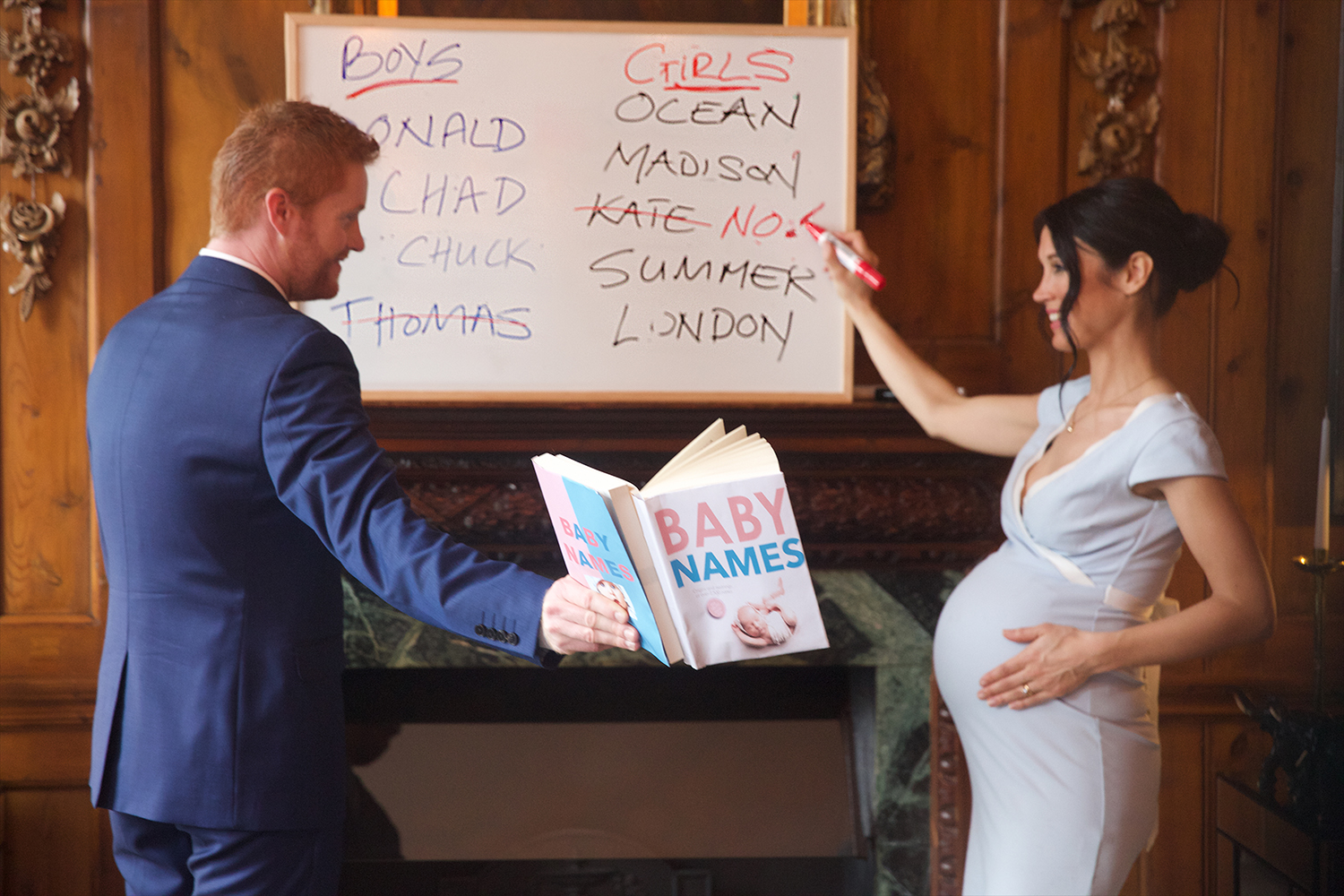 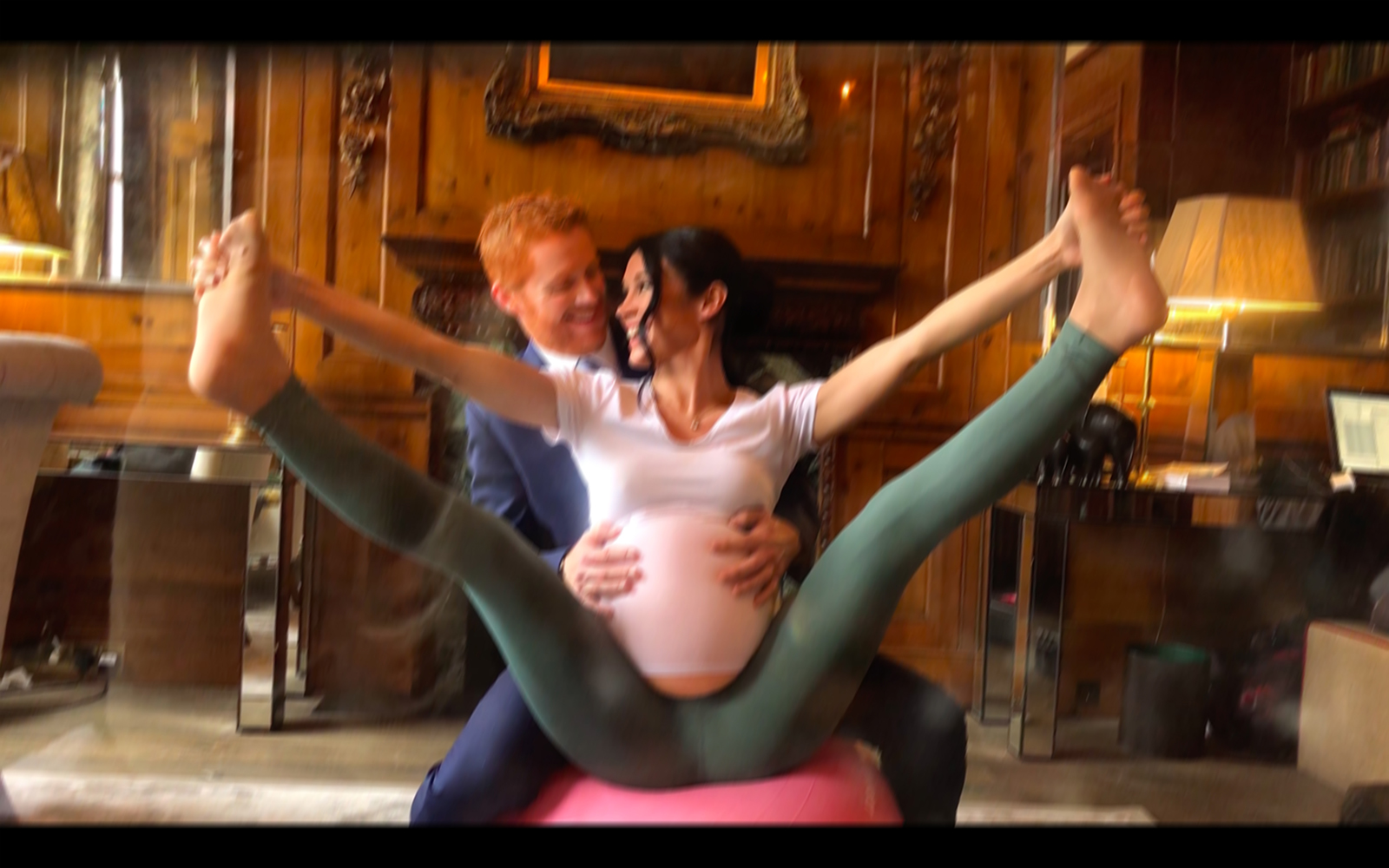 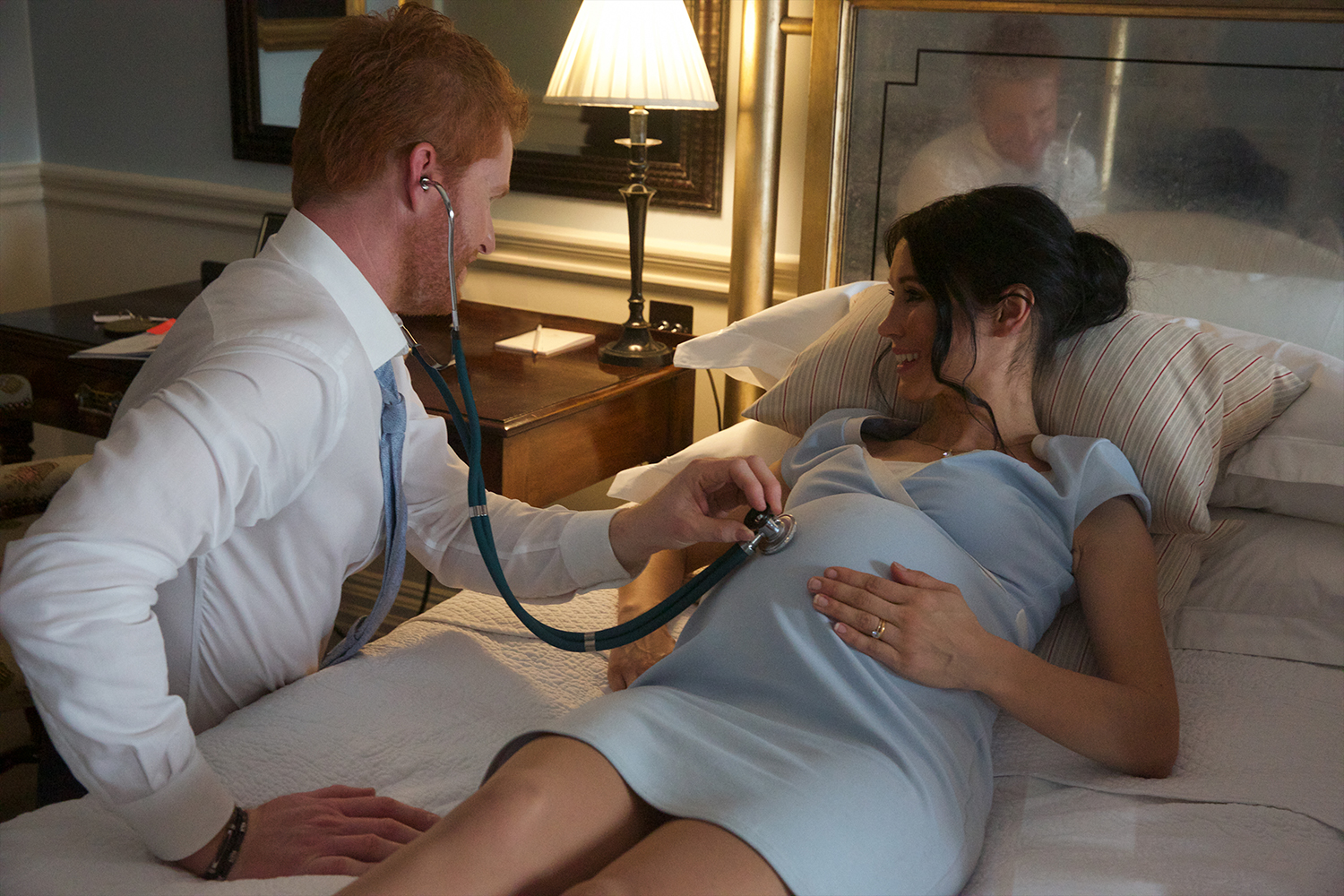 They also can be seen writing a large “NO” next to the name of Kate, in a nod towards rumours of a rift between the two duchesses.

In another photo “Prince Harry” uses a stethoscope to listen to the heartbeat of his baby.

The collection also imagines what Prince Harry does to let off steam when he isn’t with his pregnant wife.

The ginger “prince” is shown having a cheeky pint and also tucking into a burger while holding a book on veganism.

Photographer Alison has admitted her light-hearted shots have got her into trouble in the past.

She said on This Morning: “I'm constantly thinking whether I should or shouldn't. I'm quite careful.” 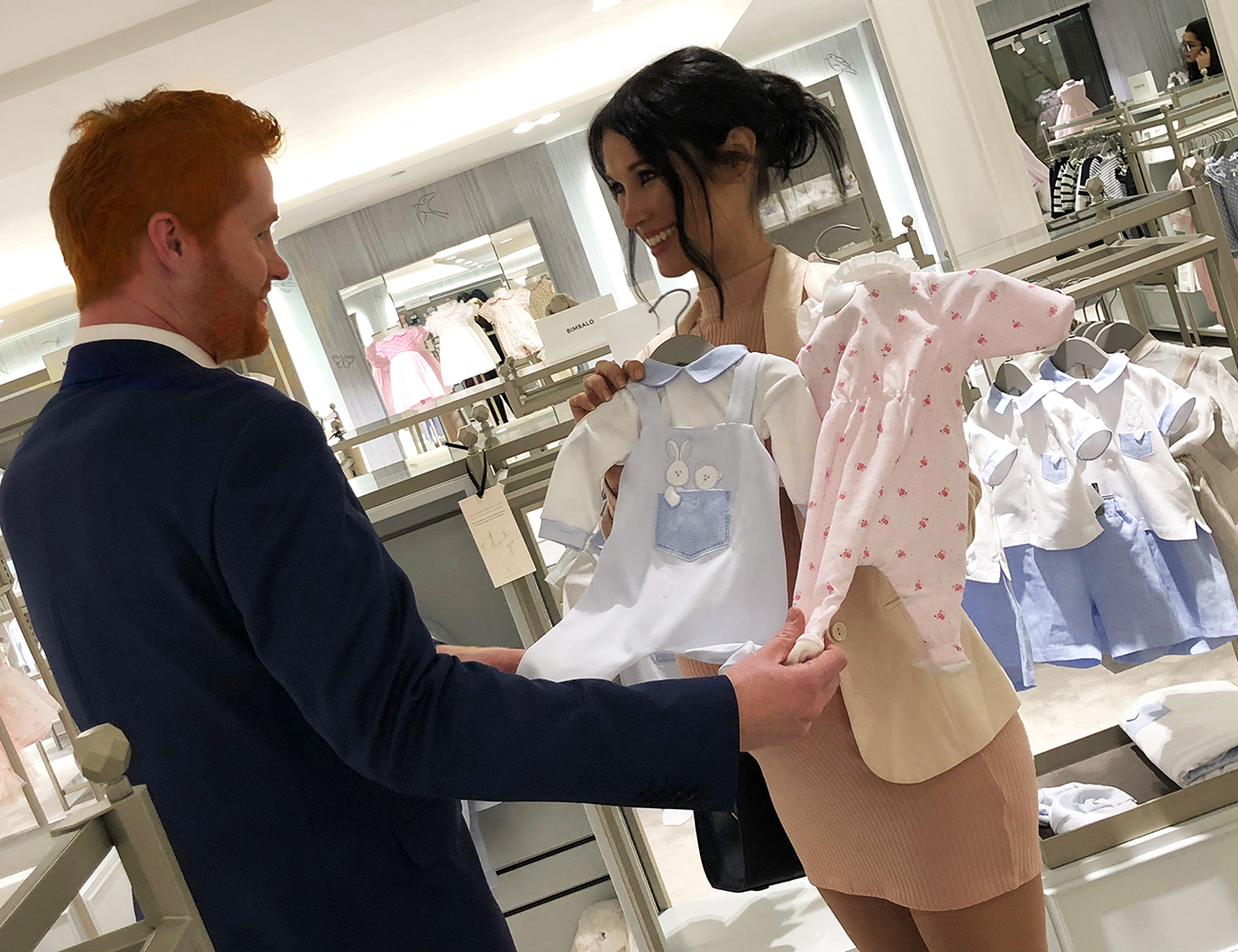 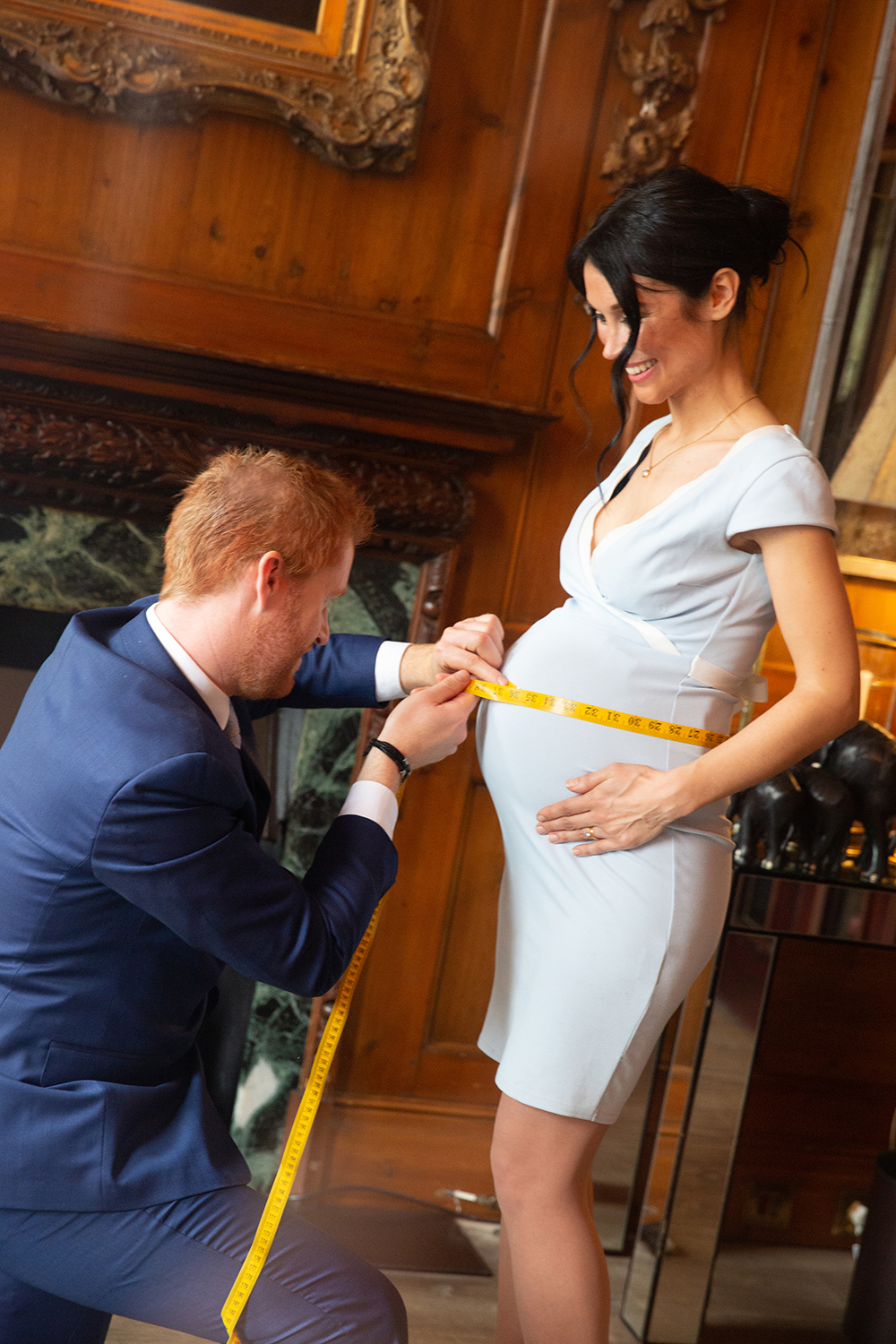 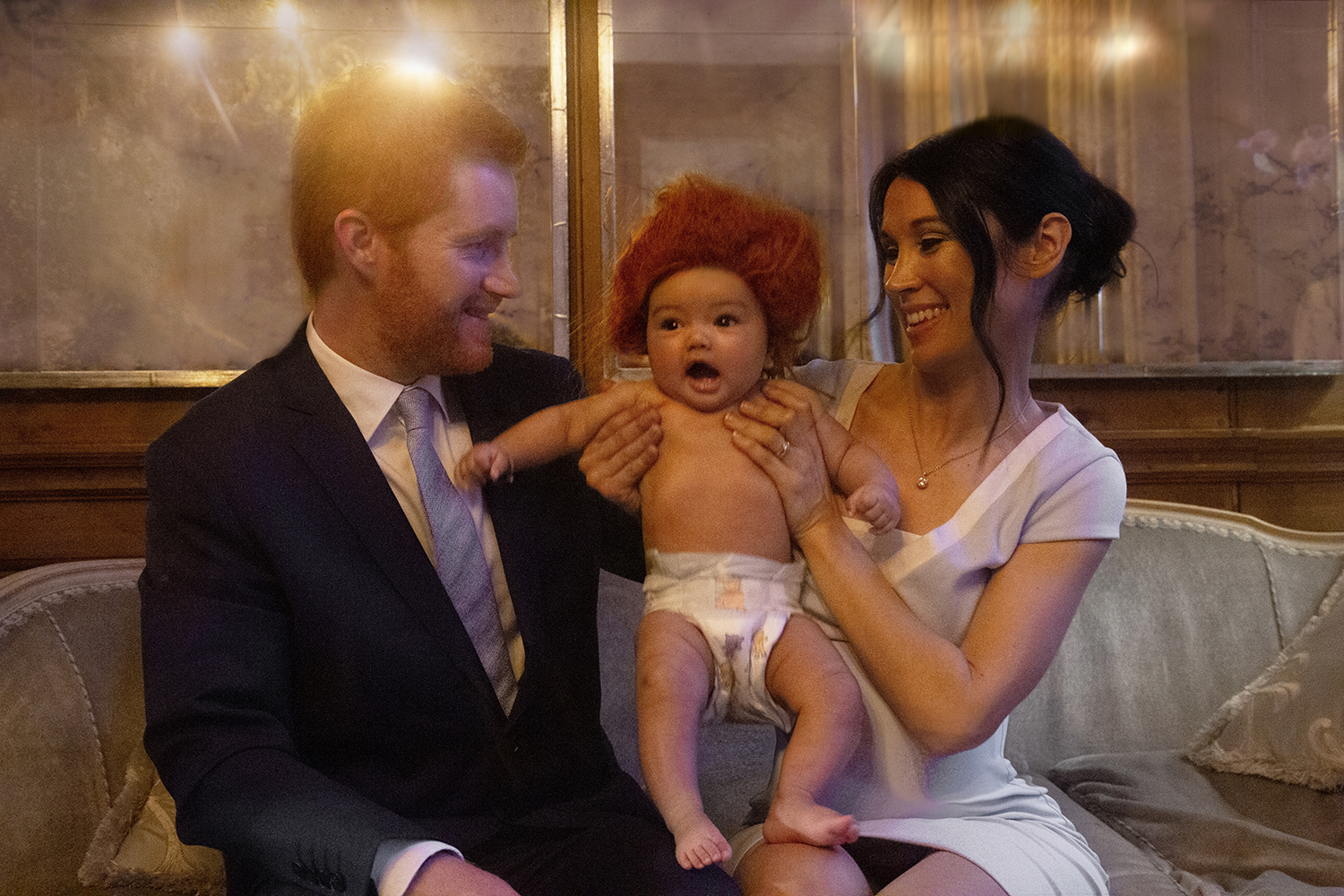 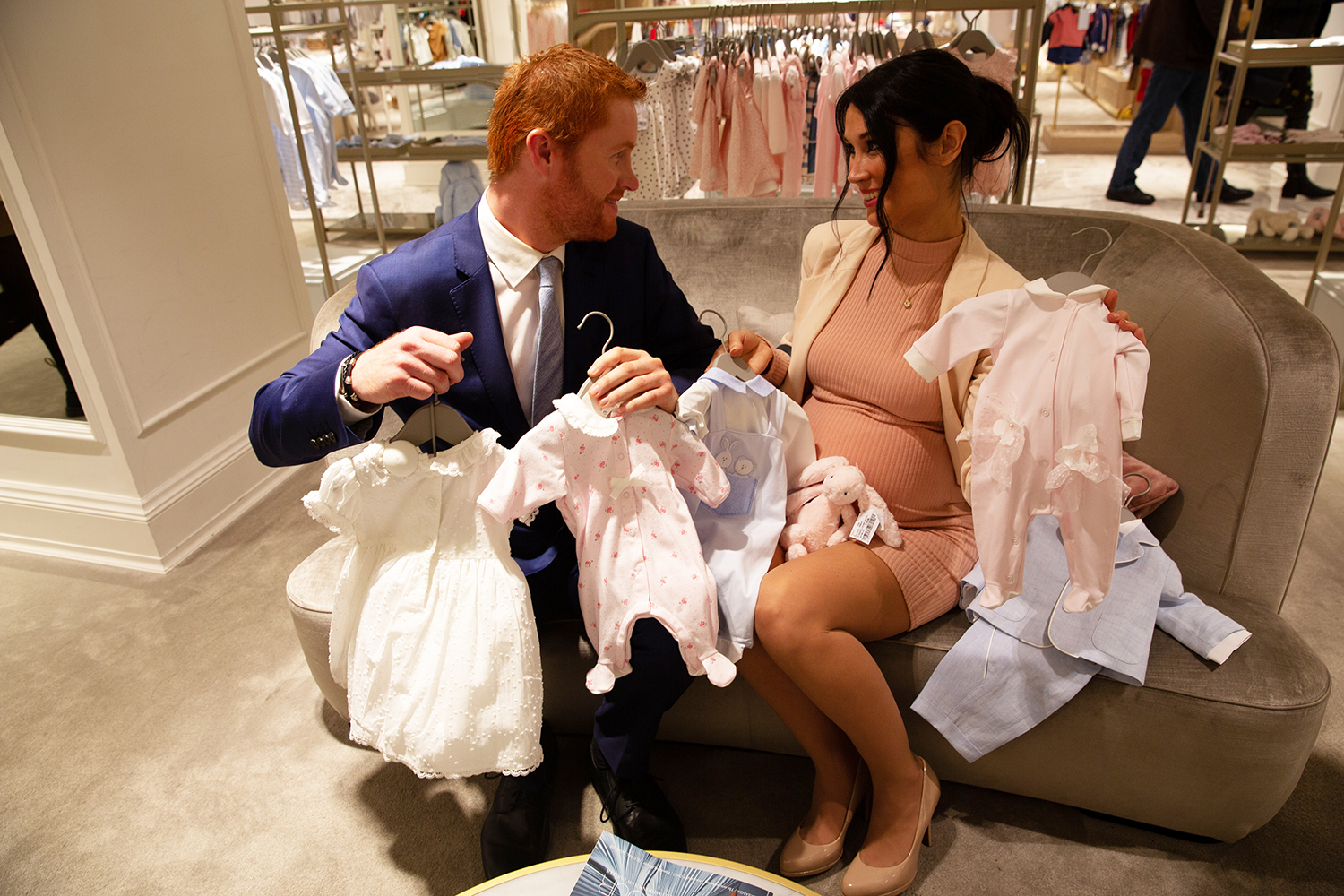 She previously did a series on what Kate Middleton and Prince William got up to ahead of the arrival of Prince George.

Pictures included lookalikes bouncing on a birthing ball and “Pippa Middleton” exercising with her pregnant sister using a hula hoop.

While Jackson’s work often features members of the Royal Family, they aren’t the only ones targeted by the world’s best spoofer. 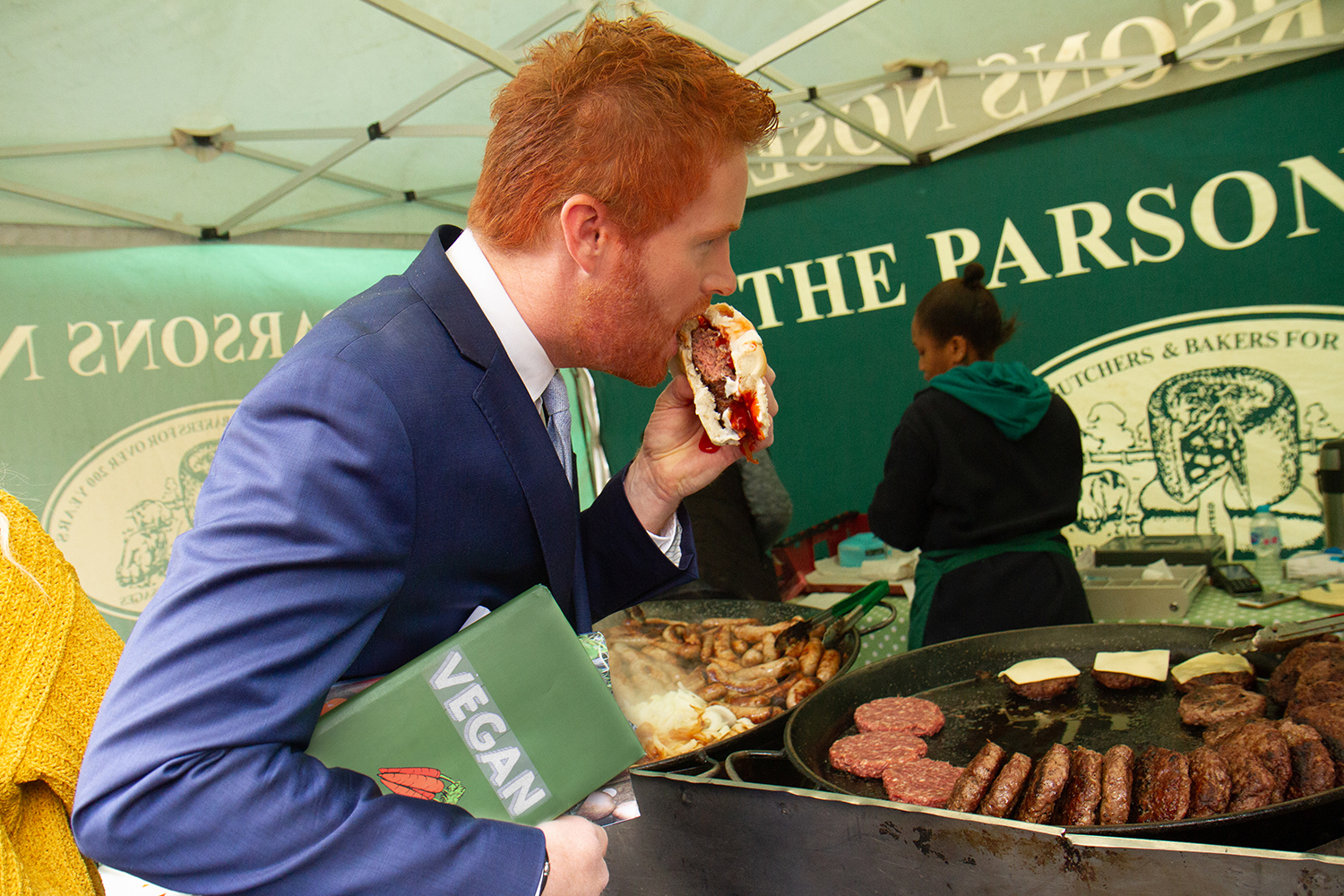 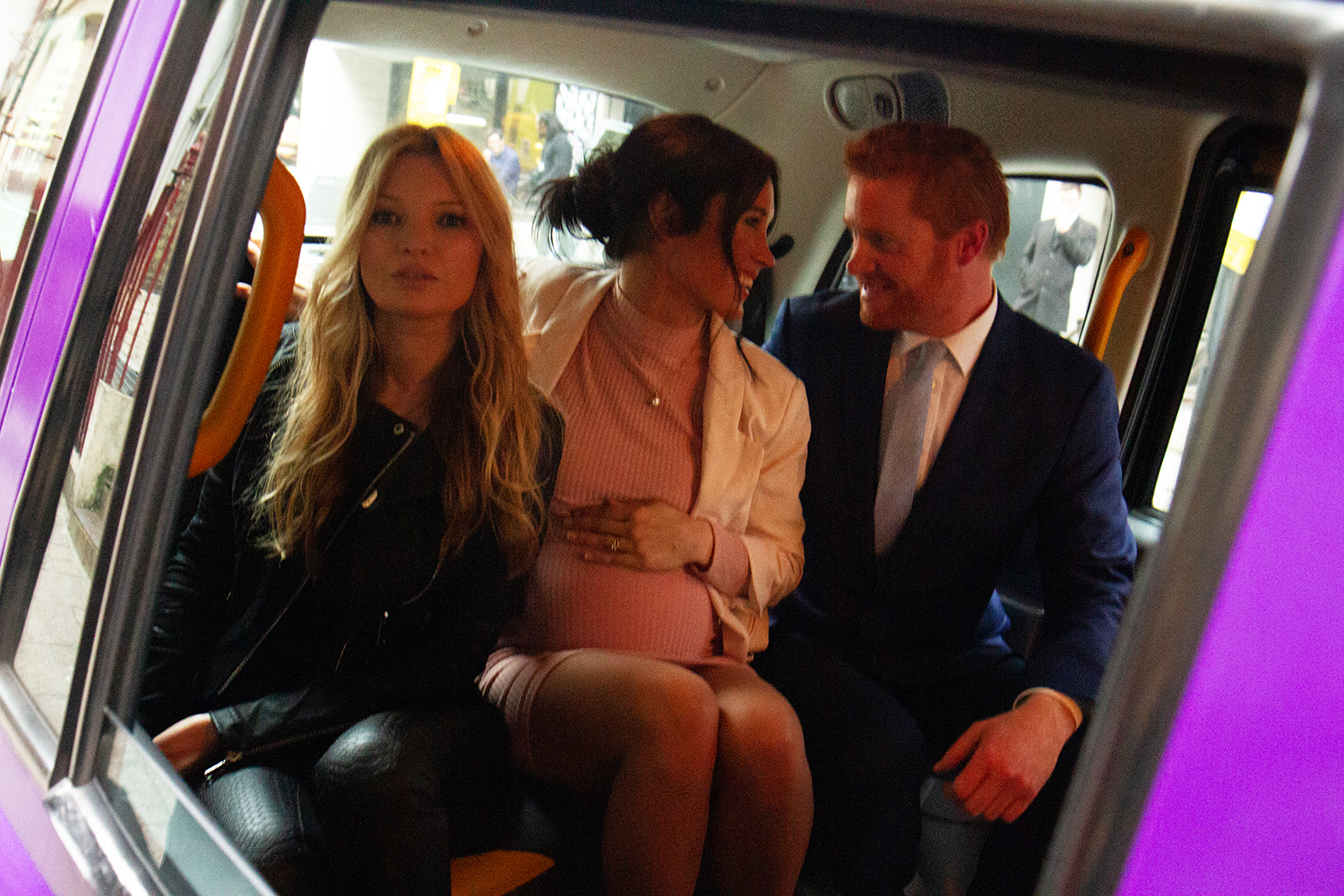 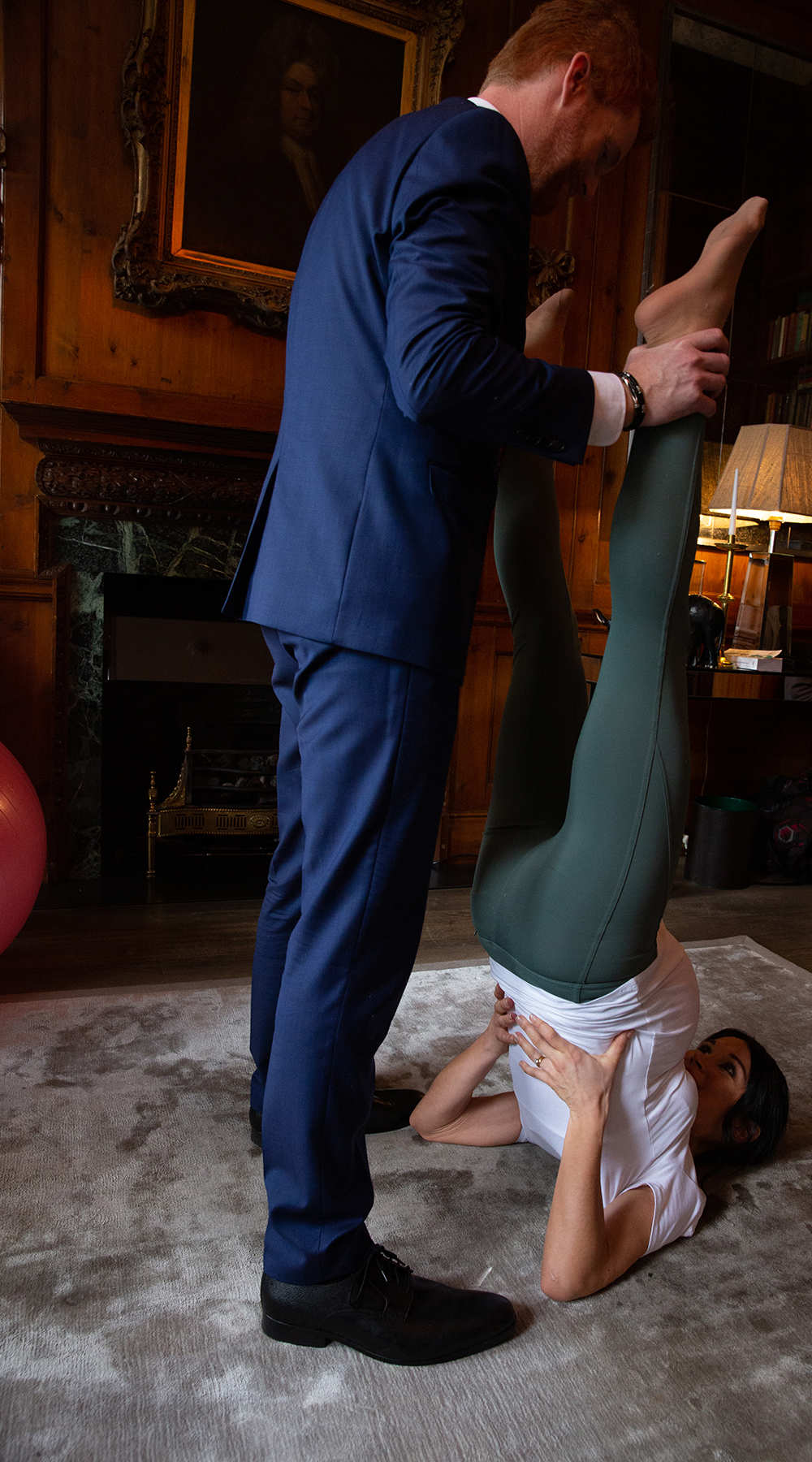 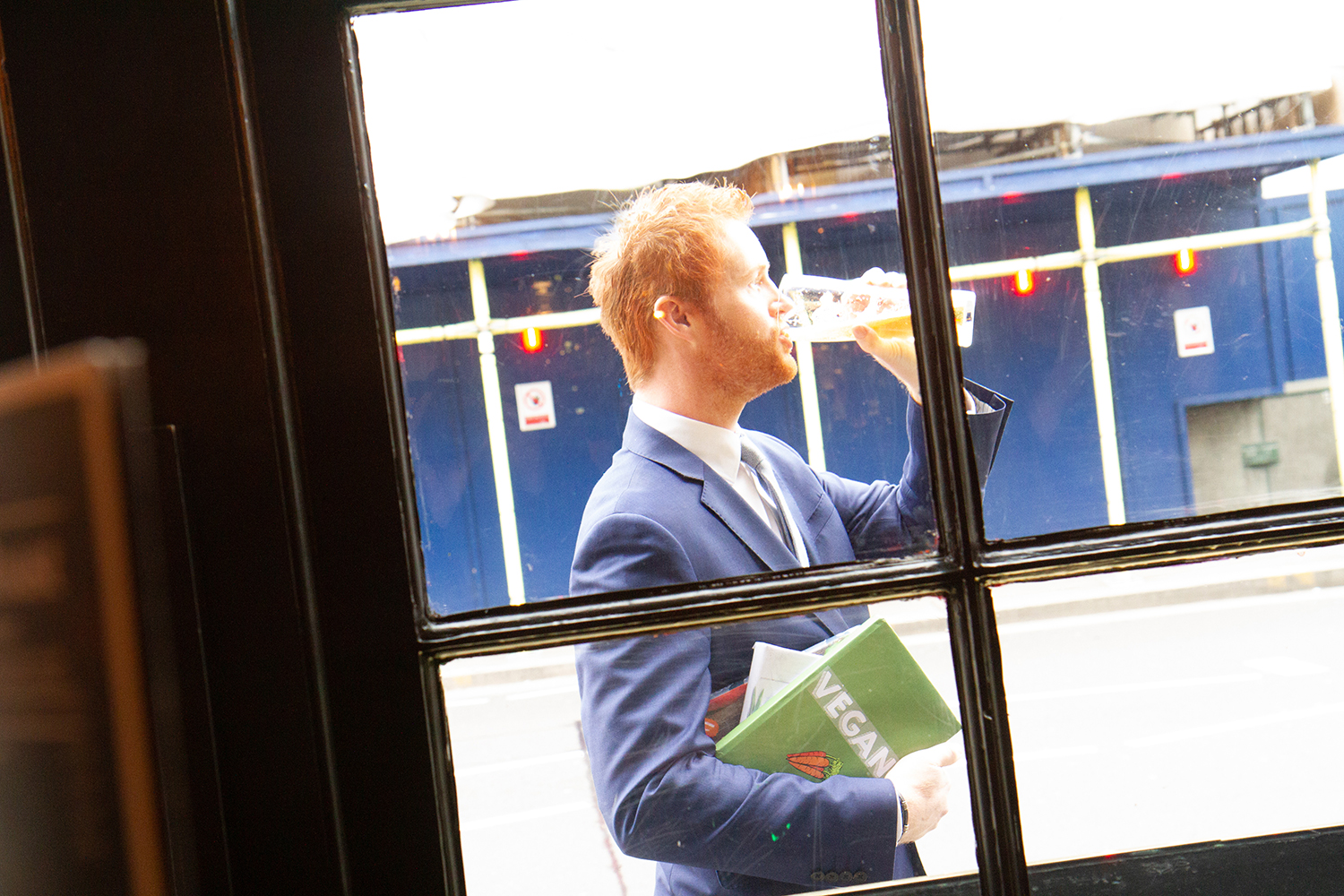 Celebrities and politicians like Kanye West, Kim Kardashian, Barack Obama and Donald Trump and Boris Johnson have all been “captured on camera” doing what they do best – causing chaos. 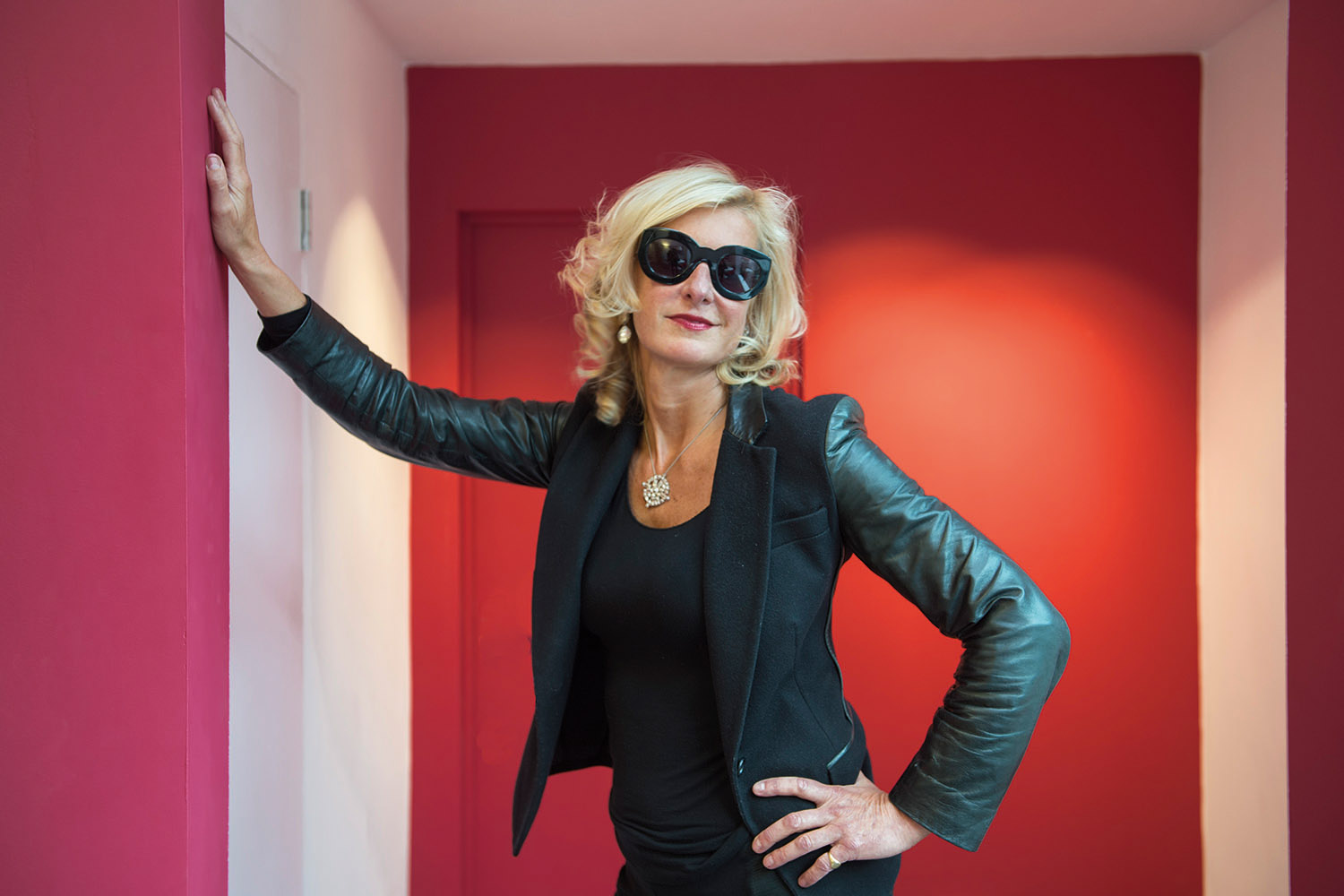 If you liked this collection of Alison's, check out her previous cheeky series on all the royals, including the Queen.

We previously shared how Meghan Markle and Prince Harry may shun posh Eton College in favour of an American school for their first born.