Home » Fashion » Meghan Markle and Prince Harry went to a secret party in disguise before going public with romance, she tells Ellen

Meghan Markle and Prince Harry went to a secret party in disguise before going public with romance, she tells Ellen 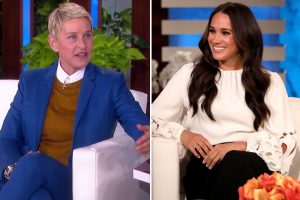 MEGHAN Markle has revealed she went to a Halloween party in disguise with Prince Harry before they went public with their romance.

The Duchess of Sussex, 40, told US chat show host Ellen DeGeneres she attended the bash with her now-husband and Princess Eugenie and her husband Jack. 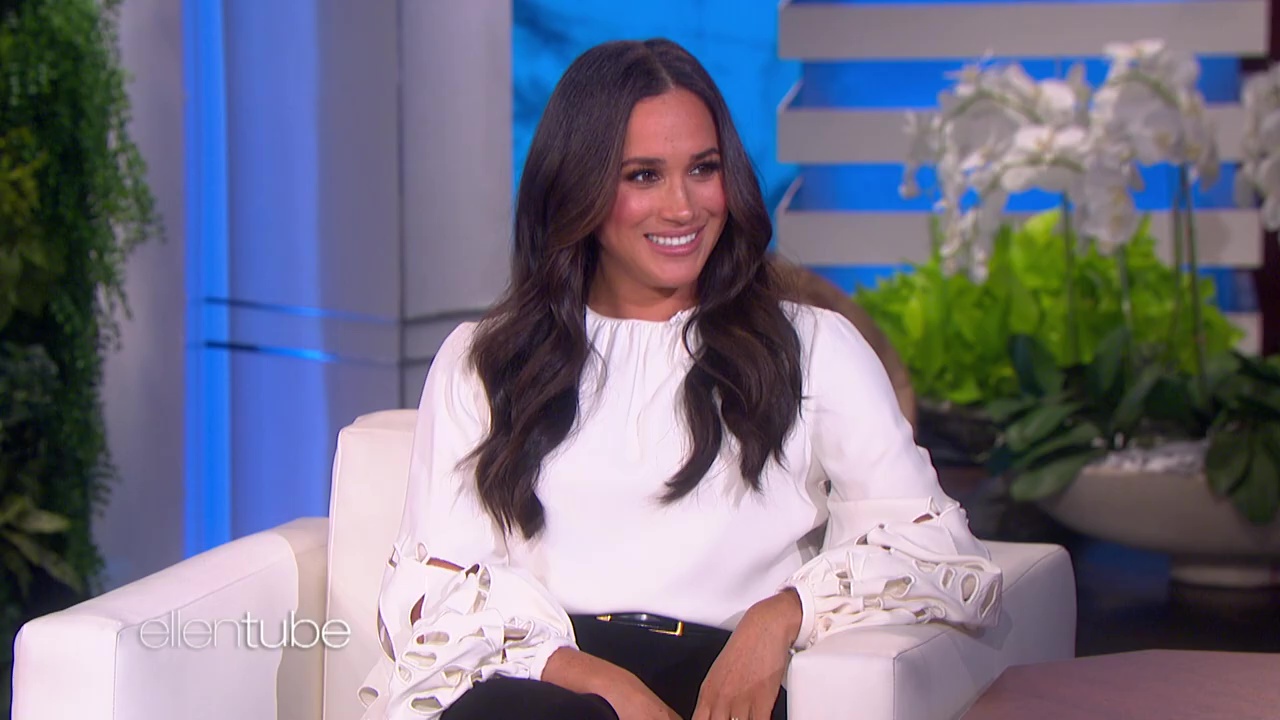 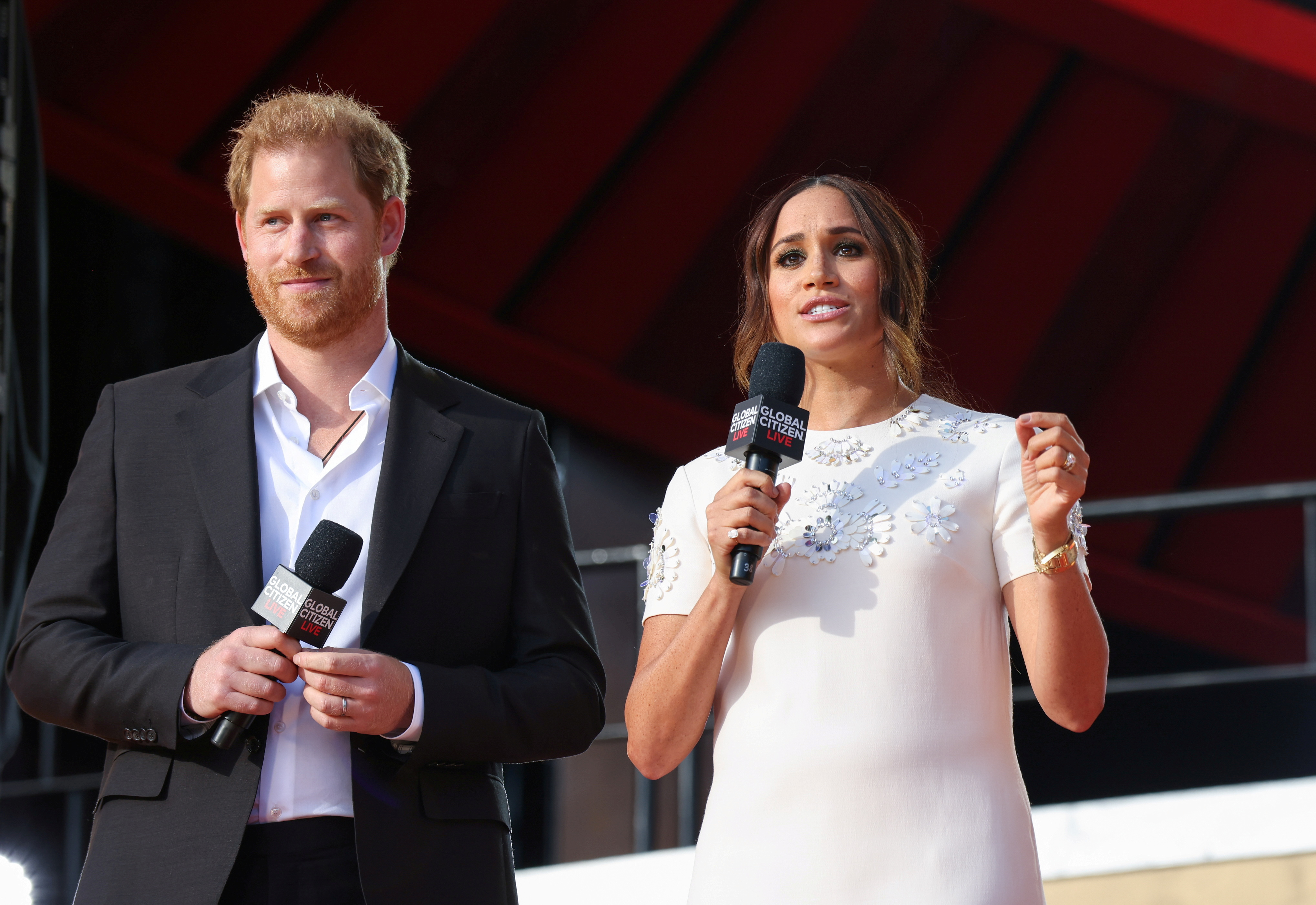 Meghan claimed she wanted "one fun night on the town" as a foursome before they revealed their romance to the world.

In clips released ahead of her appearance on The Ellen Show today, she can be seen laughing as divulges her secret.

She says: "He came to see me in Toronto and our friends and his cousin Eugenie and now her husband Jack, they came as well.

"And the four of us snuck out in Halloween costumes to just have one fun night on the town before it was out in the world that we were a couple."

Ellen asks: "So you went with Harry to a Halloween party and they had no idea it was the two of you?"

Meghan replies: "It was post apocalypse theme so we had all this very bizarre costuming on and we were able to have one final fun night out."

The couple met through mutual friends in London in July 2016 and revealed their romance in November.

Sticking on the Halloween theme, Meghan also revealed how she wanted to do "something fun" for her two children this year.

She added: "The kids were just not into it at all. Archie was a dinosaur for maybe five minutes."

Meghan then beamed as she revealed baby Lilibet was a "little skunk like Flower from Bambi".

It emerged yesterday the royal had made a surprise appearance in Ellen's show – almost a year after her bombshell Oprah interview.

Meghan and Harry stunned the world in that chat as they opened up on feeling suicidal and accused a royal of racism towards Archie.

But her sit-down with her pal Ellen appears to be more light-hearted judging by the teaser clips.

In one video, Meghan laughed as she spoke about her life as a struggling actress before meeting Harry.

The former Suits star recalled how she would go to auditions on the same Warner Bros. lot as Ellen's set.

And the animated duchess couldn't help but giggle over how she used to climb through the boot of her old banger to get to the front – because you couldn't access it from the driver's door.

She told Ellen: “I would park at Gate 3 and scoot on over, and what was so nice was that the security guards here would always say, ‘Break a leg, we hope you get it!’ So the drive in today was very different."

Asked if the security guards recognised her, the mum-of-two replied: “I think they probably said it to everybody. That’s how nice they were.” 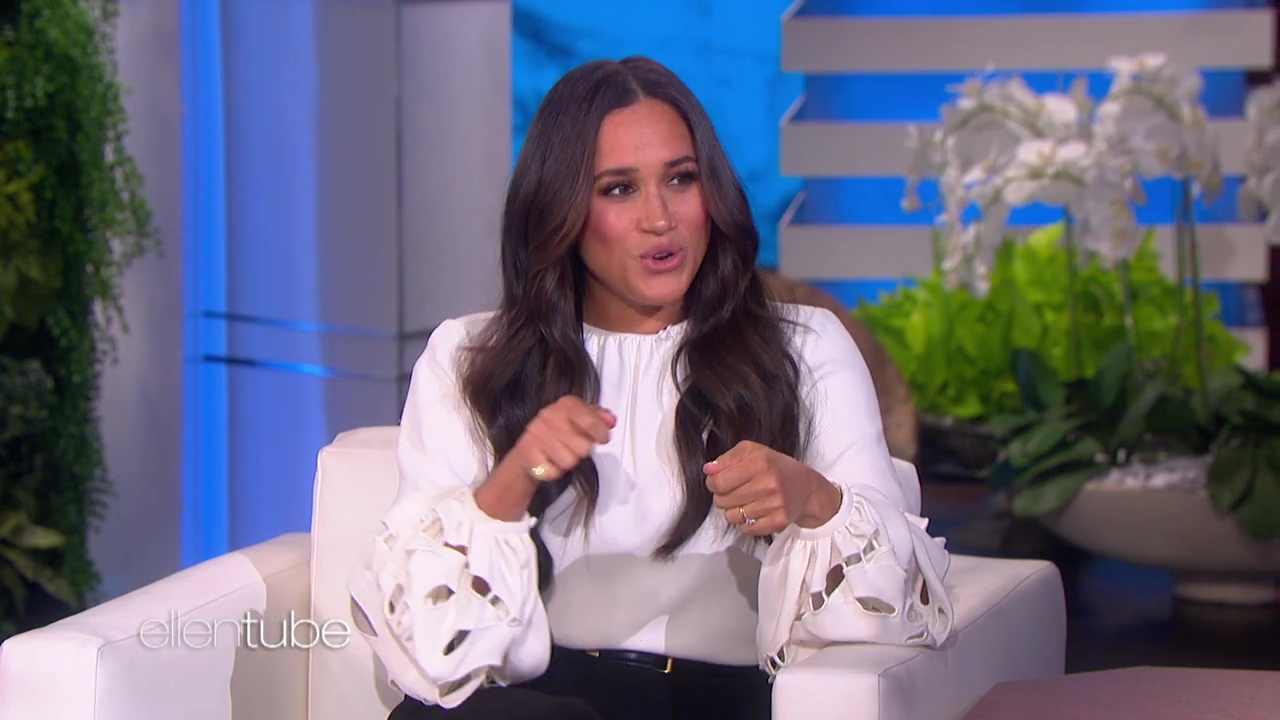 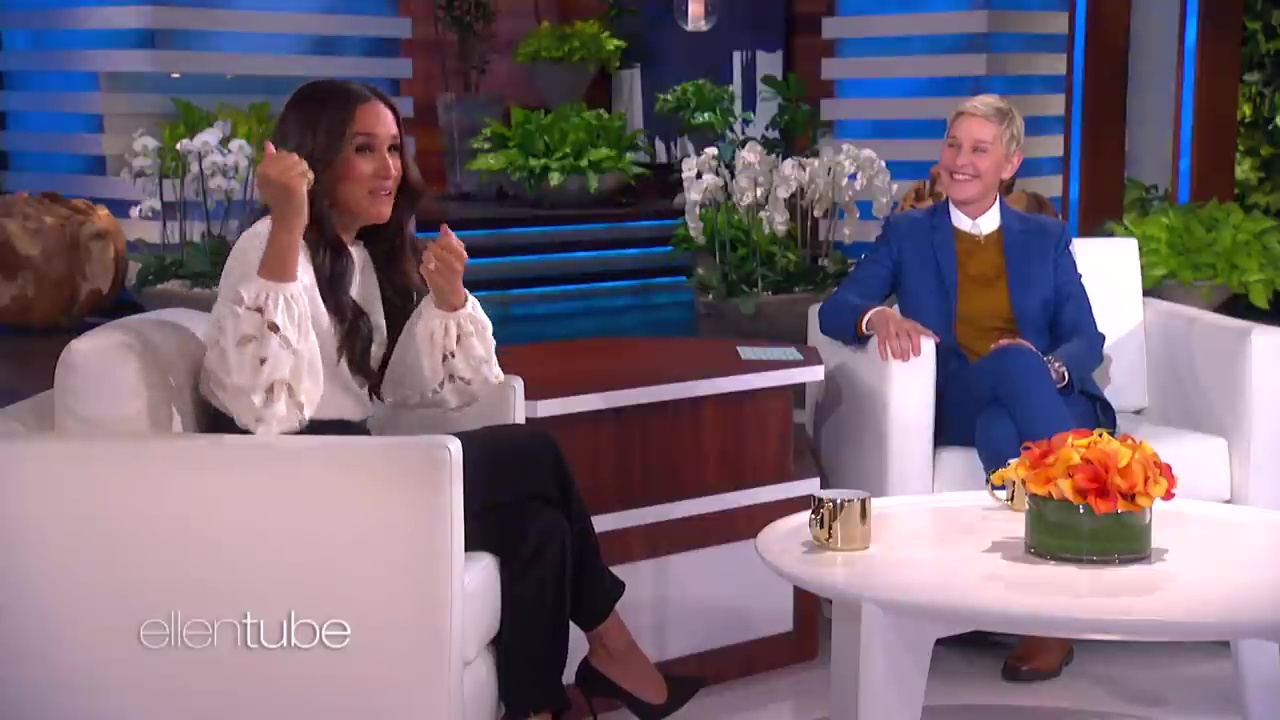 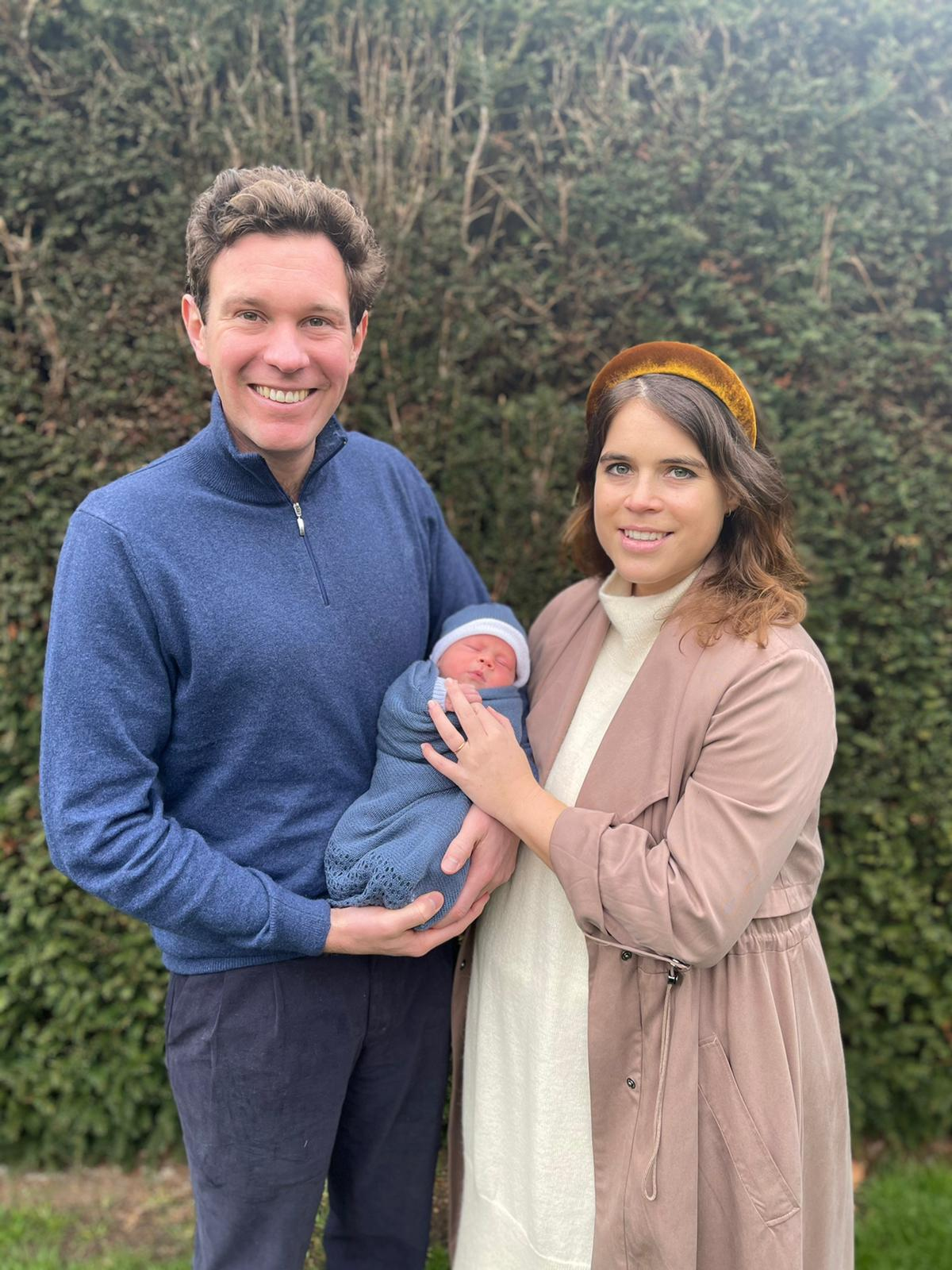 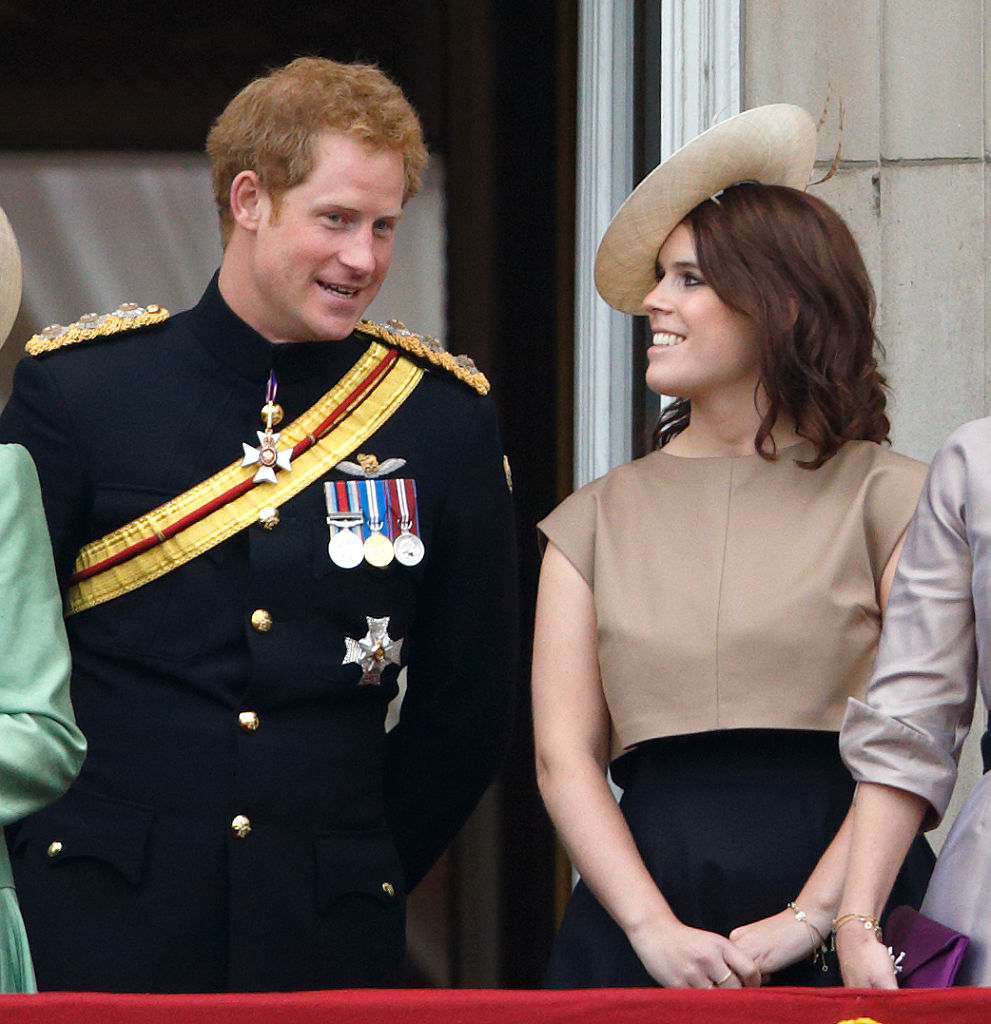