Another day, another fabulous outfit worn by the Duchess of Sussex. Meghan Markle is back in Givenchy for the Endeavour Fund Awards, where the royal is back to wearing her favorite designer for an important event. According to Kensington Palace, the awards "celebrate the achievements of injured or ill service personnel who have used sport and adventurous challenge as part of their recovery and rehabilitation." The two were invited to attend because the Endeavour Fund was created by the Royal Foundation, and both royal couples — Meghan, Harry, Kate Middleton, and Prince William — are patrons of the foundation. Plus, Prince Harry served in the Army for 10 years and is known for supporting causes that help veterans, so their presence isn’t surprising at the event.

While it was an awards show, Markle kept the sparkle at home and instead opted to wear a simple black and white Givenchy outfit, where she wore both a white collared shirt from the label, and a black maxi skirt that had a dramatic but tasteful side slit. While the outfit is on the tame side when it comes to Markle’s style — where the Duchess simply colored blocked black and white together — her footwear is where the outfit really shines. On her feet are a pair of Aquazzura Rendez Vous suede pumps, which add a pop of gold and a slight ’80s touch to the look. 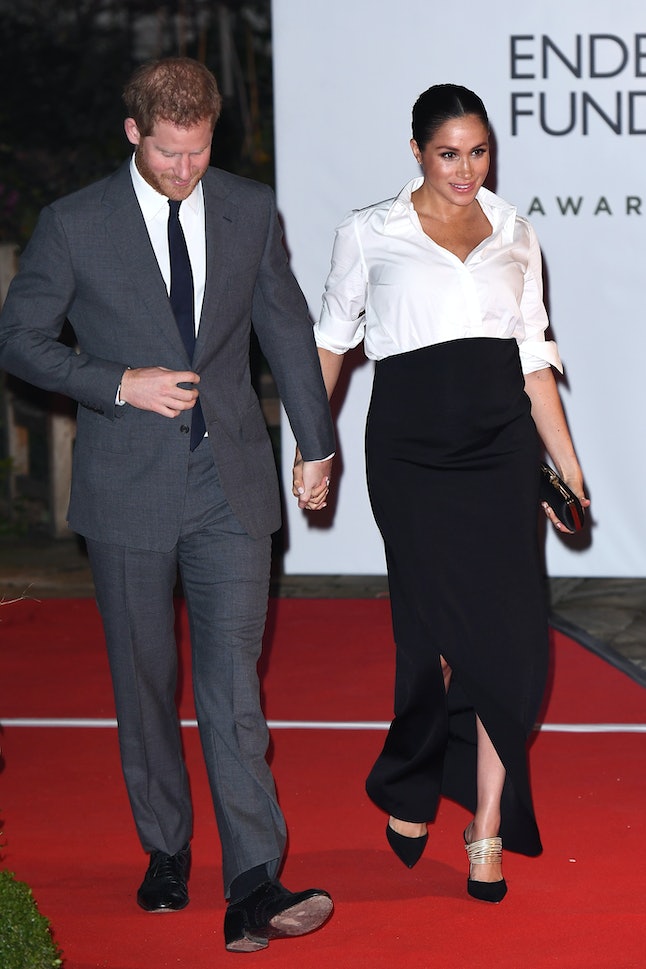 The suede pumps have ridged metallic strips in gold, and the closed pointed toe is balanced out with a pencil-thin stiletto. The shoe fits in with the designer look, where the elegant heels clock in at around $750, making them an investment shoe. 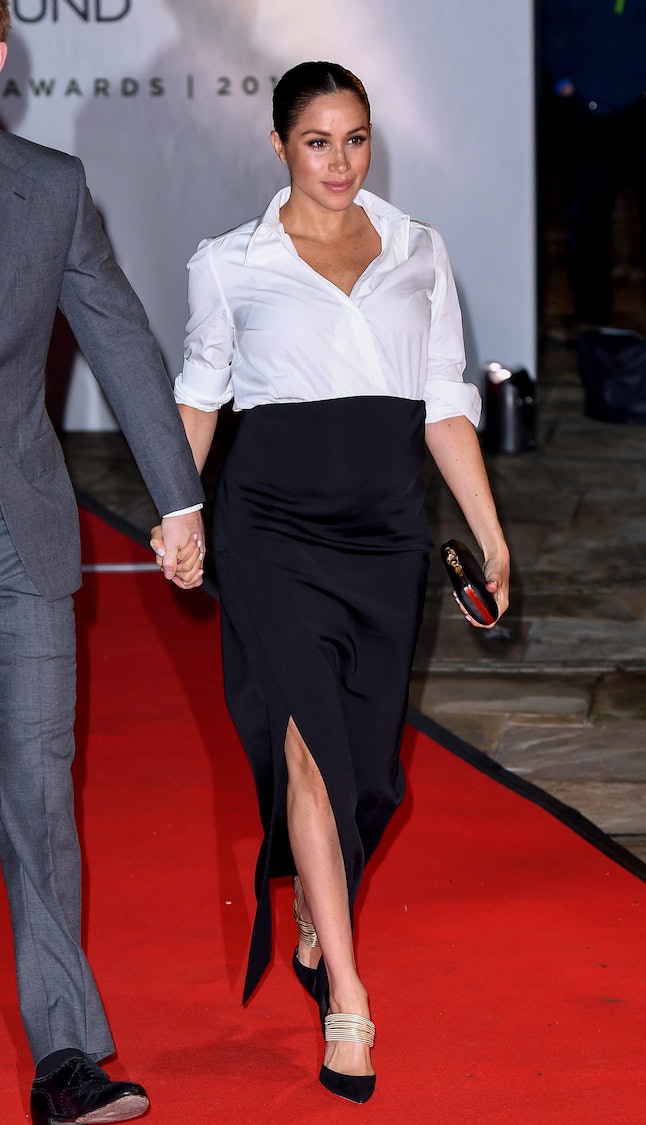 This isn’t the first time that Markle attended the Endeavour Fund Awards, either. While she might not have been a Duchess for very long, Markle already has quite a few events under her belt. In fact, she attended the ceremony last year on Feb. 1, and it was the first red carpet even right after the announcement of her engagement to Prince Harry. The soon-to-be married couple showed up looking sharp in suits, where Markle wore a black McQueen blazer and cigarette pants to the event. She looked classic and minimalist, and this year she repeated the business-casual look, but opted for a black skirt rather than pants. 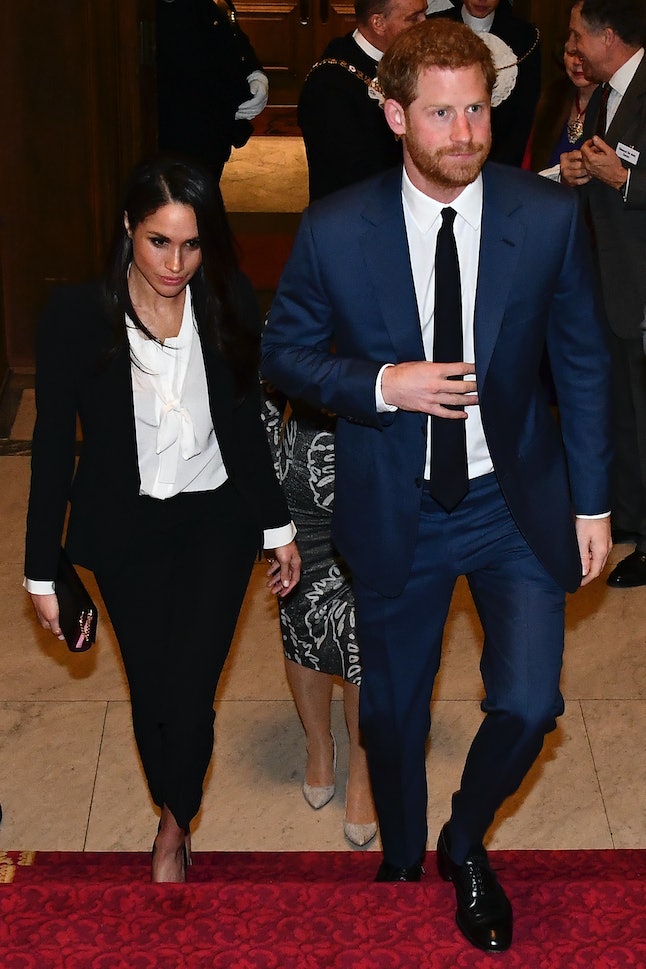 The Duchess has something of a small love affair with Givenchy, where it is often her go-to label for important royal events. First and foremost, her wedding dress was designed by the French fashion house, who is led by British artistic director, Clare Waight Keller. Much like how Alexander McQueen designed Kate Middleton’s dress and now the designer is often her go-to label for royal outfits, Markle is following in similar footsteps.

Her second Givenchy dress was worn during her first official solo outing with the Queen, where Markle wore a caped, cream colored dress for an afternoon with the monarch. Since then she has worn a bevy of looks from the designer, with no signs of stopping. We can only look forward to seeing what she wears next.