The Duchess of Sussex is visiting the kitchen to see how the funds raised from the charity cookbook – which shared over 50 recipes from women affected by the Grenfell Tower disaster – have made a difference to the kitchen. 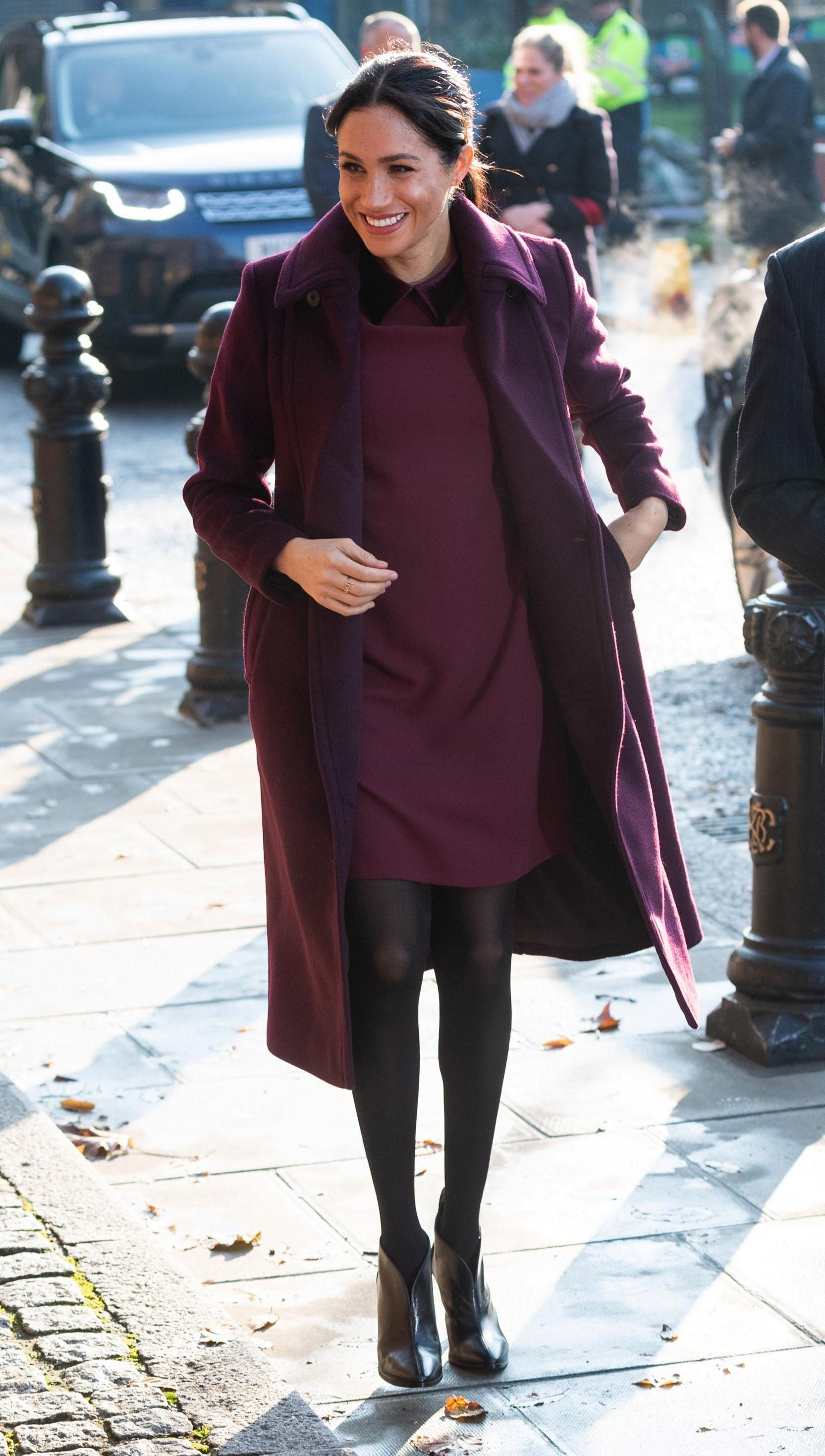 The Duchess teamed the look with a matching burgundy coat worth £432 – also by Club Monaco – and wrapped up warm with black tights.

Meg wore a chic pair of stiletto leather ankle boots by Givenchy – worth £770 – for the occasion and wore her hair in a low ponytail.

The royal accessorised with minimal jewellery, wearing just a simple gold ring on her right hand. 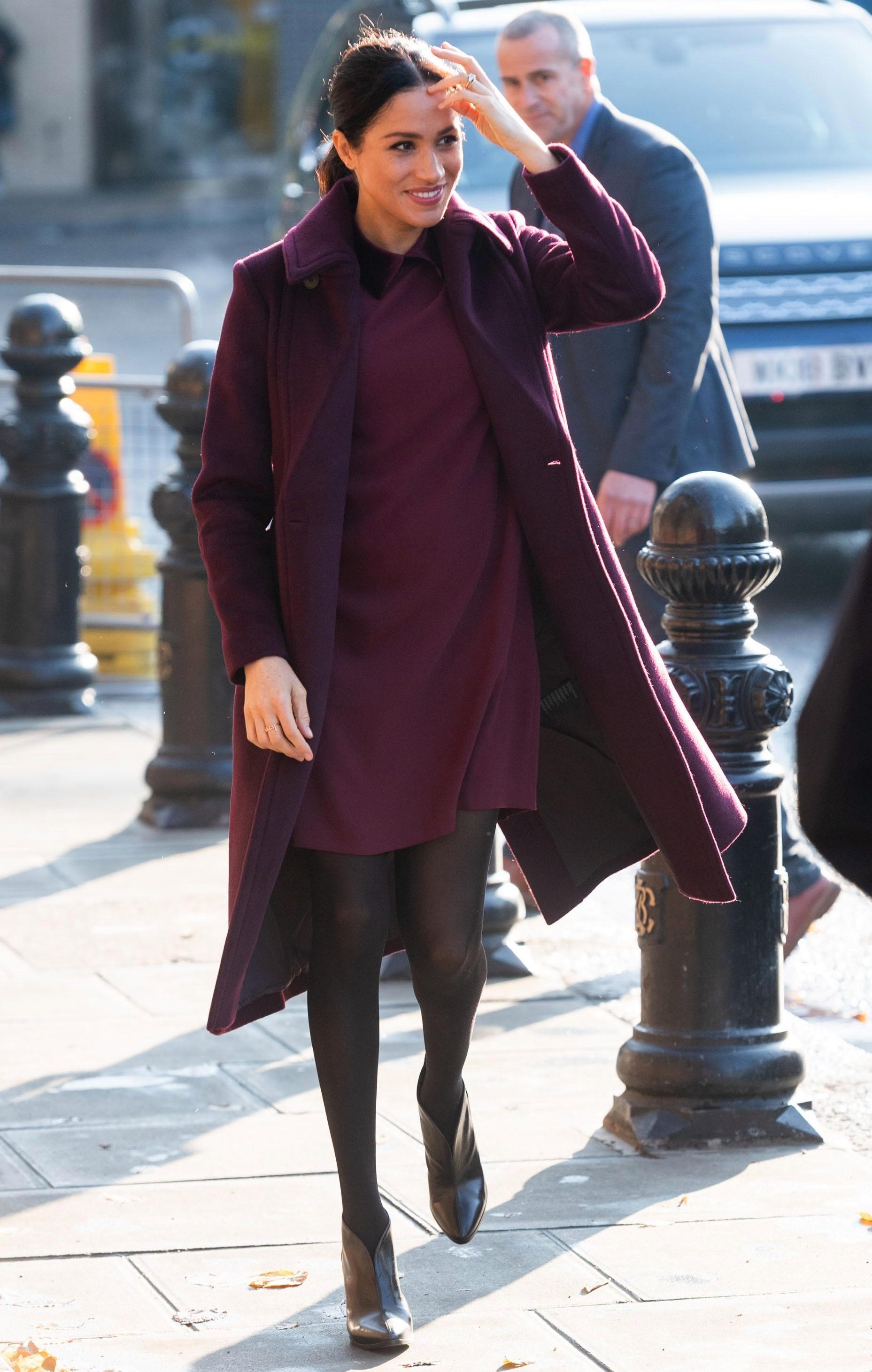 Earlier this year, Meghan hosted a lunch for the women of the community kitchen, where she invited members to cook with her – serving a mouthwatering menu including coconut chicken curry, baba ganoush and sweet pastries.

Meghan kicked off the charitable event by giving a short speech about the book and how "proud" she is of those involved.

"I feel so proud to live in a city that can have so much diversity. It’s 12 countries represented in this one group of women. It’s pretty outstanding," she said. 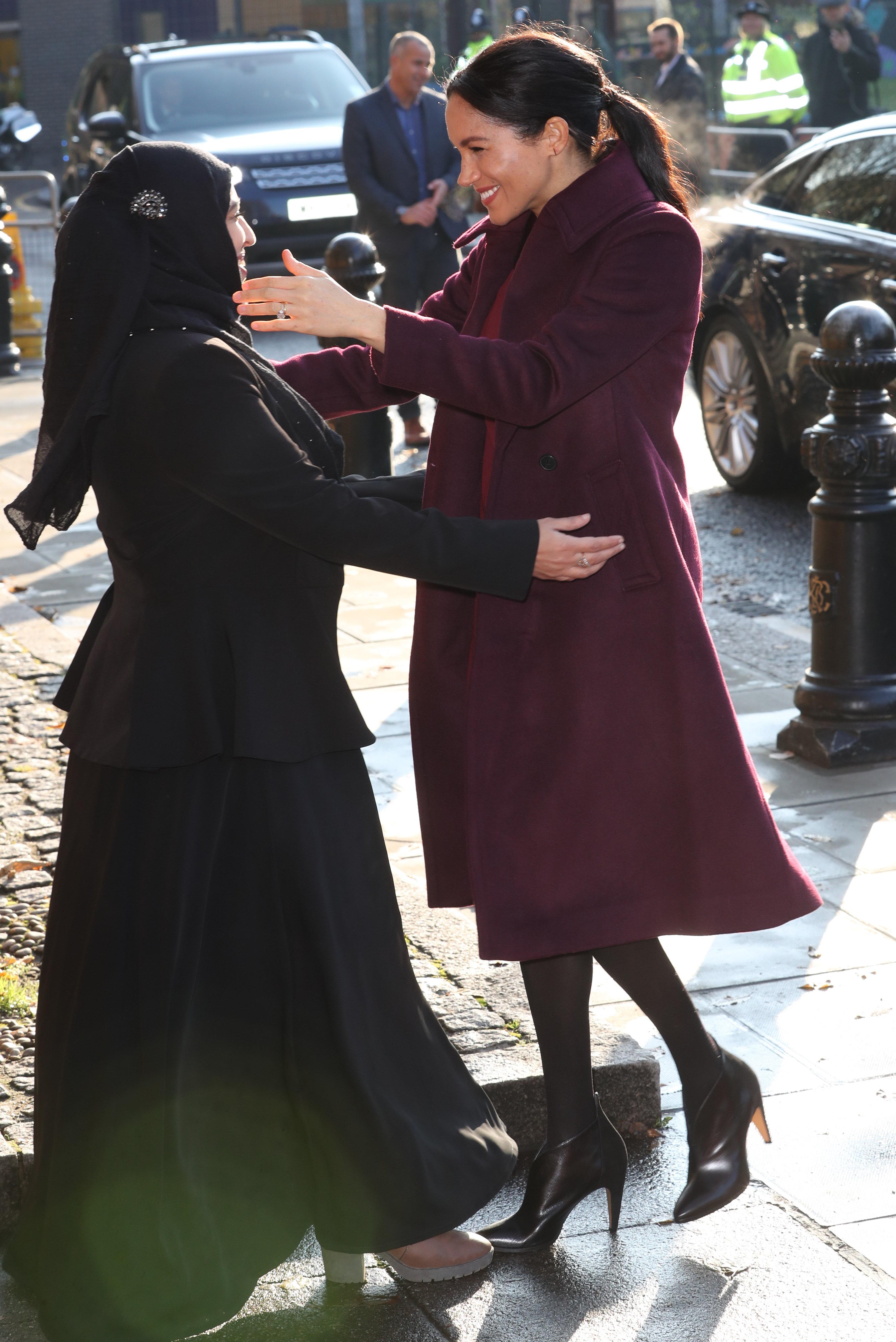 "The power of food is more than just the meal itself; there’s the story behind it.

"That’s what we’re talking about in terms of coming together, to really engage and talk and be able to celebrate what connects us, rather than what divides us. That, I believe, is the ethos of Together." 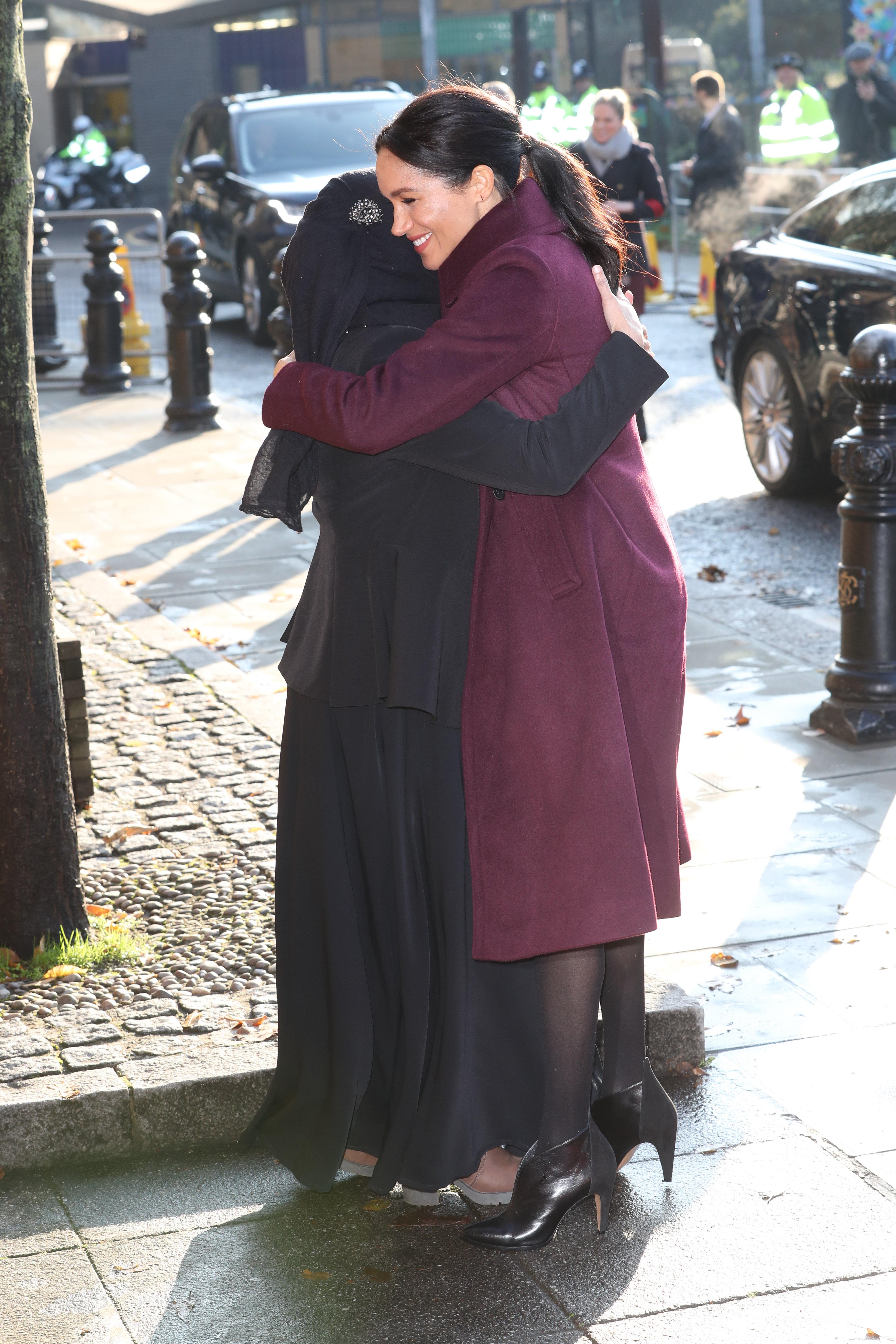 The cookbook is filled with recipes from women who came together following the tower block fire in West London on June 14 last year, which claimed at least 72 lives and left hundreds homeless.

With their homes destroyed and some staying in hotels with no cooking facilities, they gathered in the communal kitchen at the Al Manaar Muslim Cultural Heritage Centre in West London.

There they cooked and prepared fresh food for their families and neighbours, and began to heal as a community. 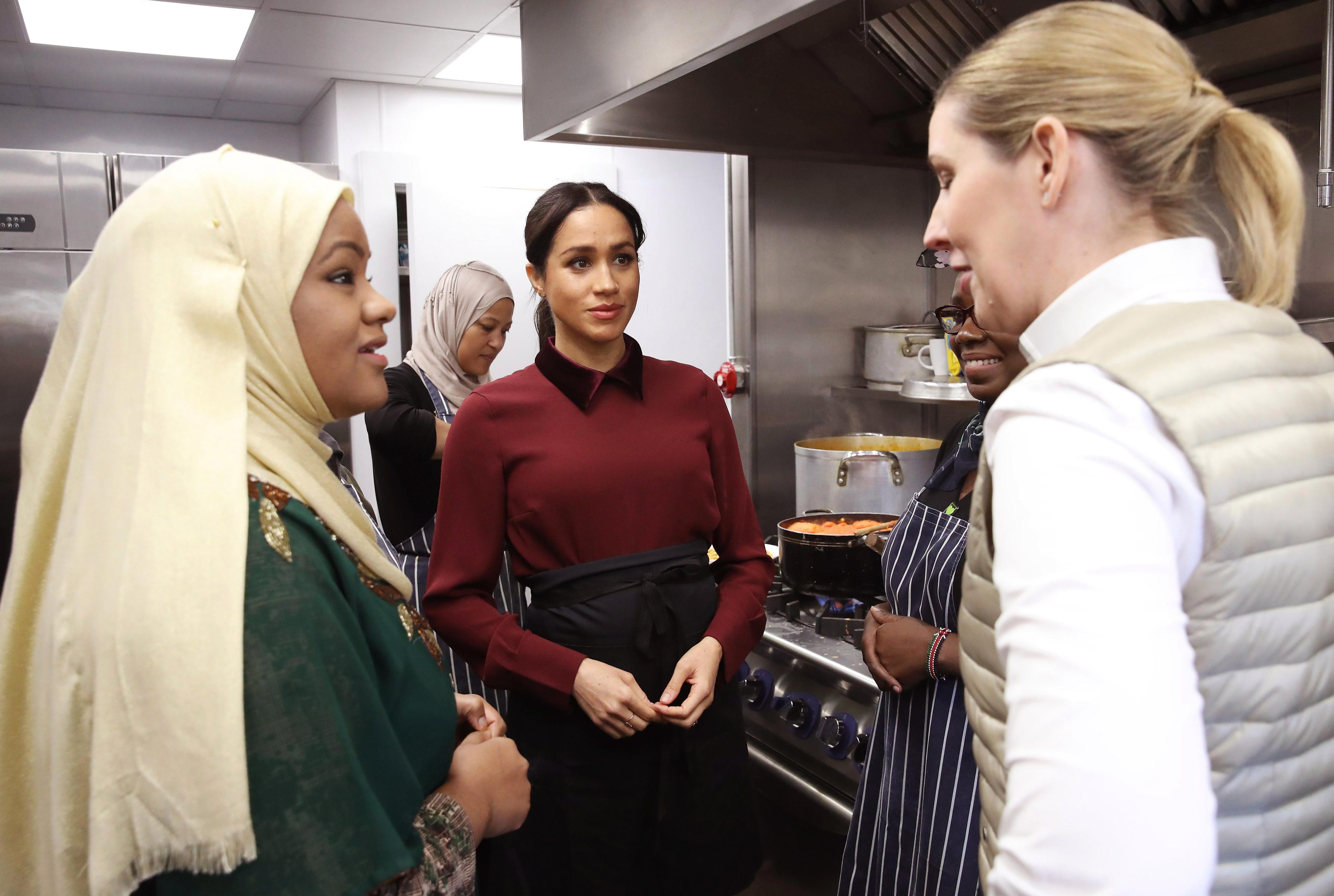 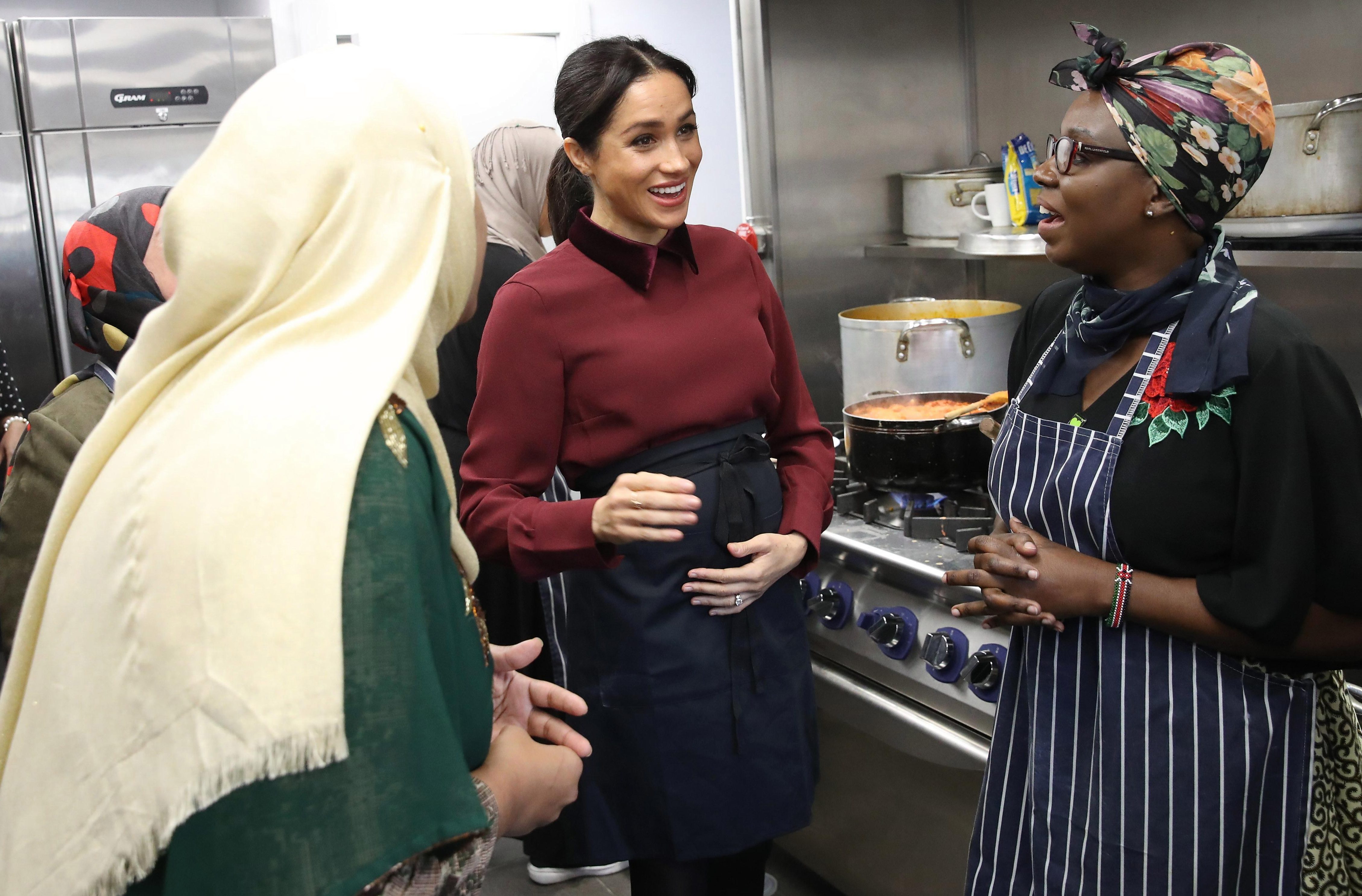 Thanks to the funds raised from Together – which was released in September – the Hubb Community Kitchen has had a complete design overhaul, with an array of new facilities.

While previously the kitchen was only able to open two days a week due to limited funding, women are now able to cook every day. 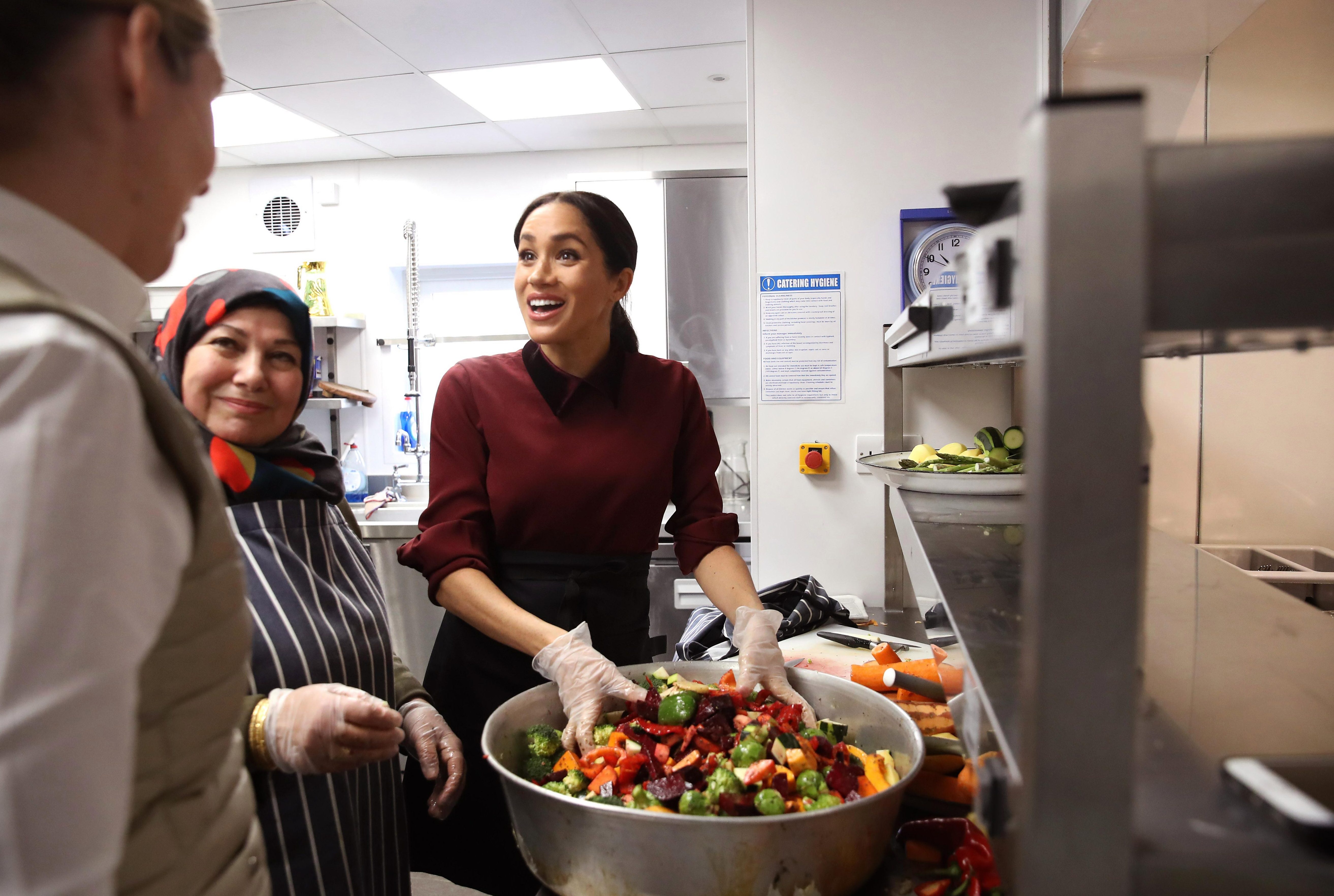 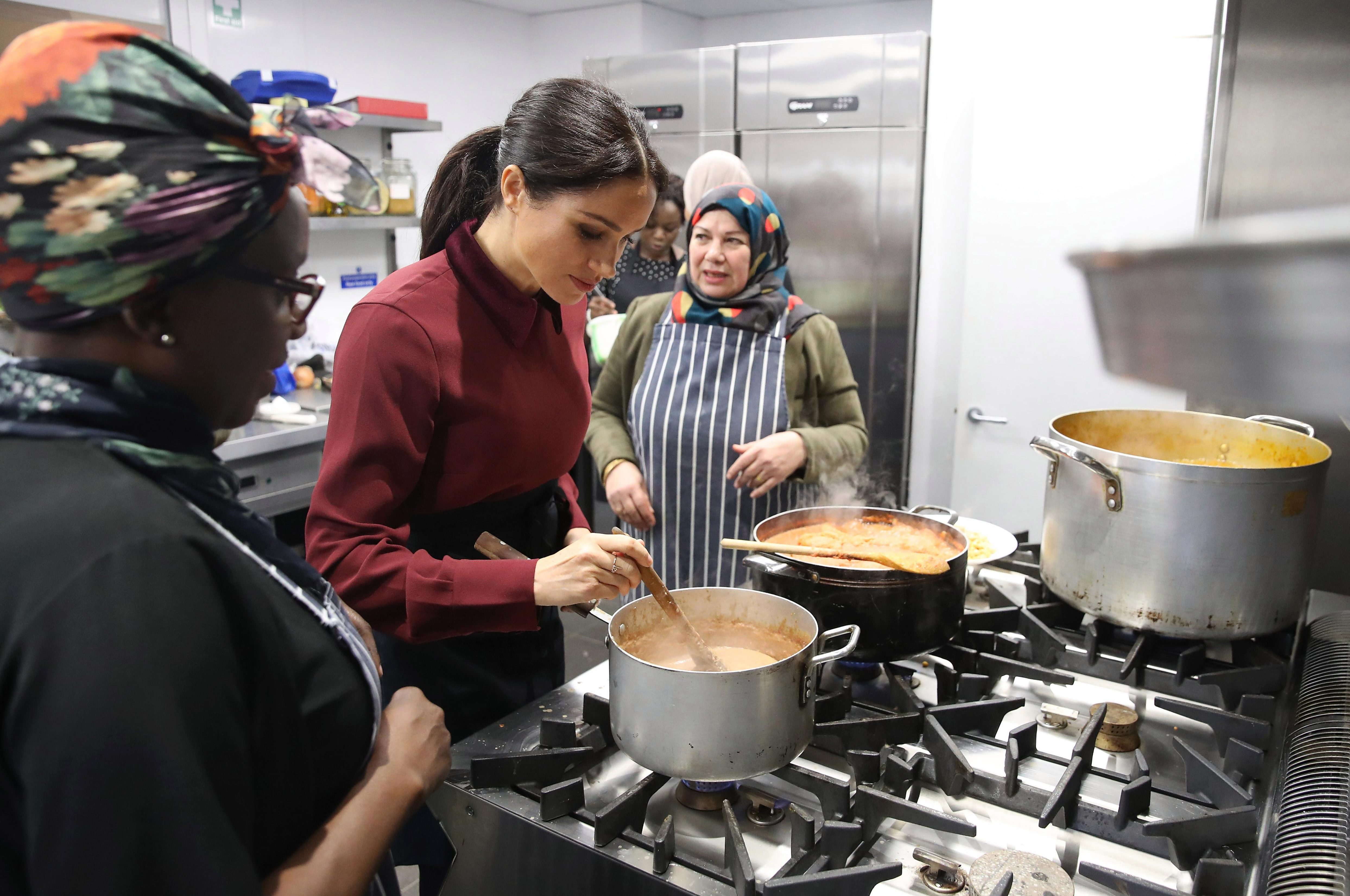 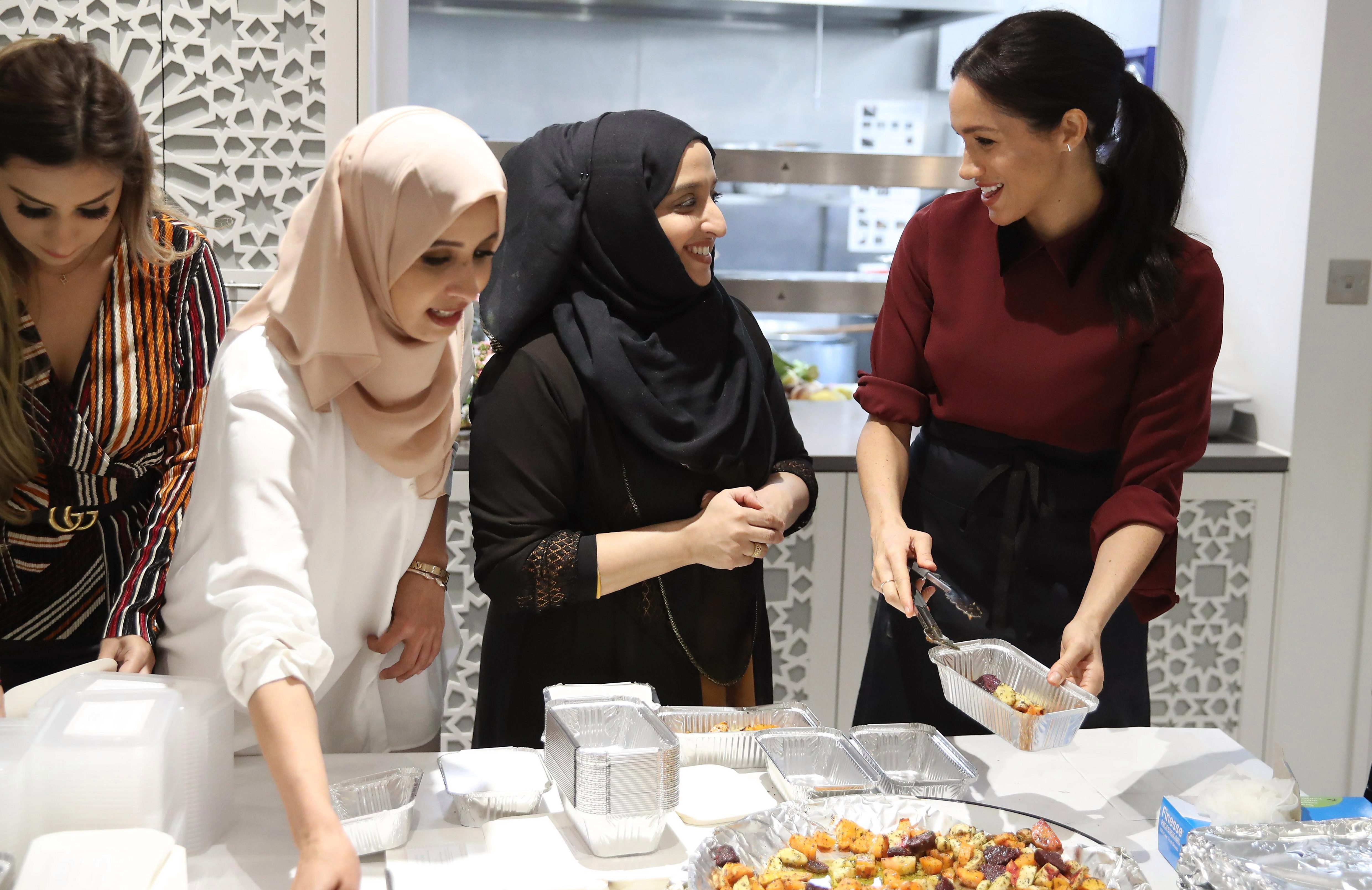 Today, Meghan will meet the women of the kitchen as they prepare 200 delicious meals to be delivered to members of the community – including homeless shelters, women's refuges and elderly residents.

The Duchess will also hear about new projects, including a group for women affected by domestic violence, and to find out how the Hubb Community Kitchen plan to extend their work and reach others in the local area. 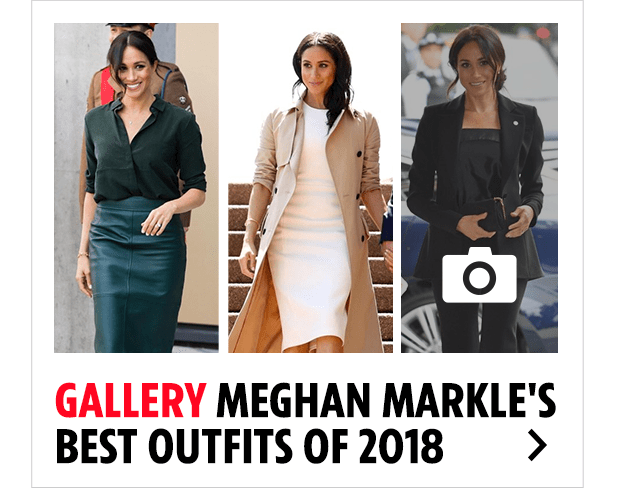 Earlier this week, we told you Meghan Markle is reportedly banned from speaking to the Queen at certain times during dinner because of bizarre rule.

We also revealed the Queen doesn’t take her Christmas decorations down until February in poignant tribute to her father.

And we told you Meghan Markle told to dress ‘more like a Royal and less like a Hollywood star’.