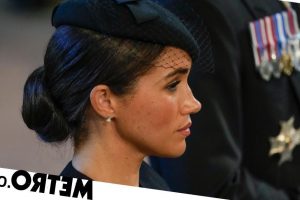 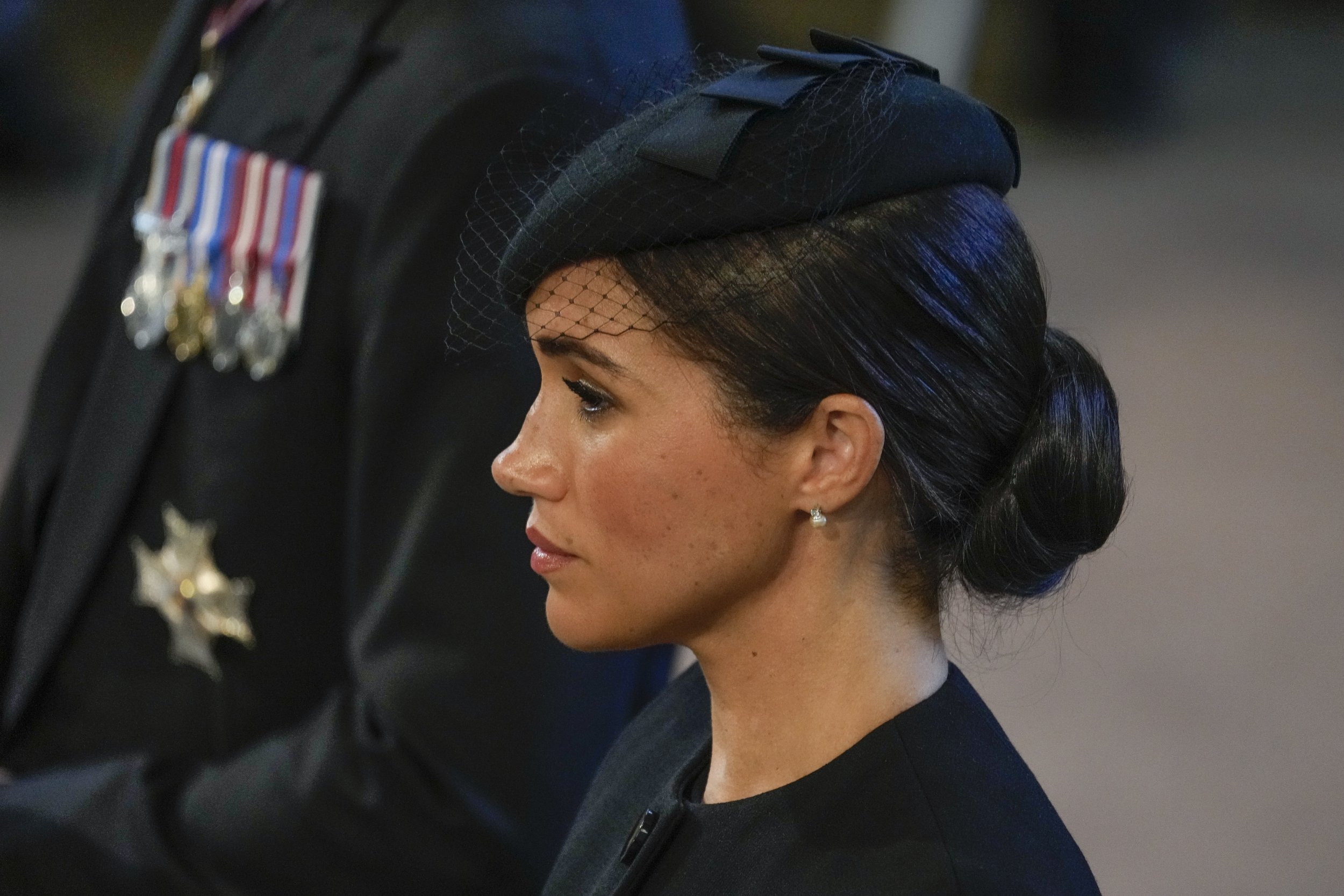 As they take part in the Queen’s funeral procession today, the eyes of the world are on the Royal Family.

And while publicly paying her respects, Meghan Markle has been spotted wearing a familiar piece of jewellery in a nod to the late monarch.

The Duchess of Sussex was pictured travelling by car behind the procession, as Princes Harry and William and their father, King Charles II, marched behind Elizabeth II’s coffin.

As is tradition, Meghan was clad in mourning black, with a mesh veiled headpiece similar to the one worn by Kate Middleton. However, it was her sparkling earrings that really stood out.

The US-based mother-of-two sported a pair of pearl and diamond studs gifted to her by the Queen after her wedding to Prince Harry in 2018.

Meghan was given the earrings ahead of her first and only solo engagement with Her Majesty. The pair visited Cheshire together (also in 2018) and appeared happy during a ceremony to open the new Mersey Gateway Bridge.

In her tell-all interview with Oprah Winfrey last year, the Duchess explained: ‘The Queen, for example, has always been wonderful to me. I mean, we had one of our first joint engagements together. She asked me to join her.

‘We had breakfast together that morning, and she’d given me a beautiful gift, and I just really loved being in her company.’

When Oprah asked what the gift was, Meghan replied: ‘She gave me some beautiful pearl earrings and a matching necklace.’

The Palace confirmed that the set had been a present ahead of the visit, but didn’t elaborate on whether they were from the Queen’s personal jewellery collection.

The earrings are similar to a pair given to Kate Middleton, the newly-appointed Princess of Wales, which she donned the day she gave birth to Prince Louis and were reported to have come from the Queen’s very own jewellery box.

They’re also reminiscent of a pair of diamond and pearl studs given as a wedding present to Elizabeth II by Queen Mary in 1947.

As Meghan normally favours modern styles, it’s clear that she wanted to pay homage to her husband’s beloved grandmother today.

We may never know the provenance of this pair, but the sentimental value these earrings hold for the Sussexes is obvious.