A MOTHER has shared a hack for stopping her baby son from crying when he falls down – but the trick has split opinion amongst parents.

The woman revealed how she makes a funny noise when the tot takes a tumble so he bursts into laughter instead of tears. 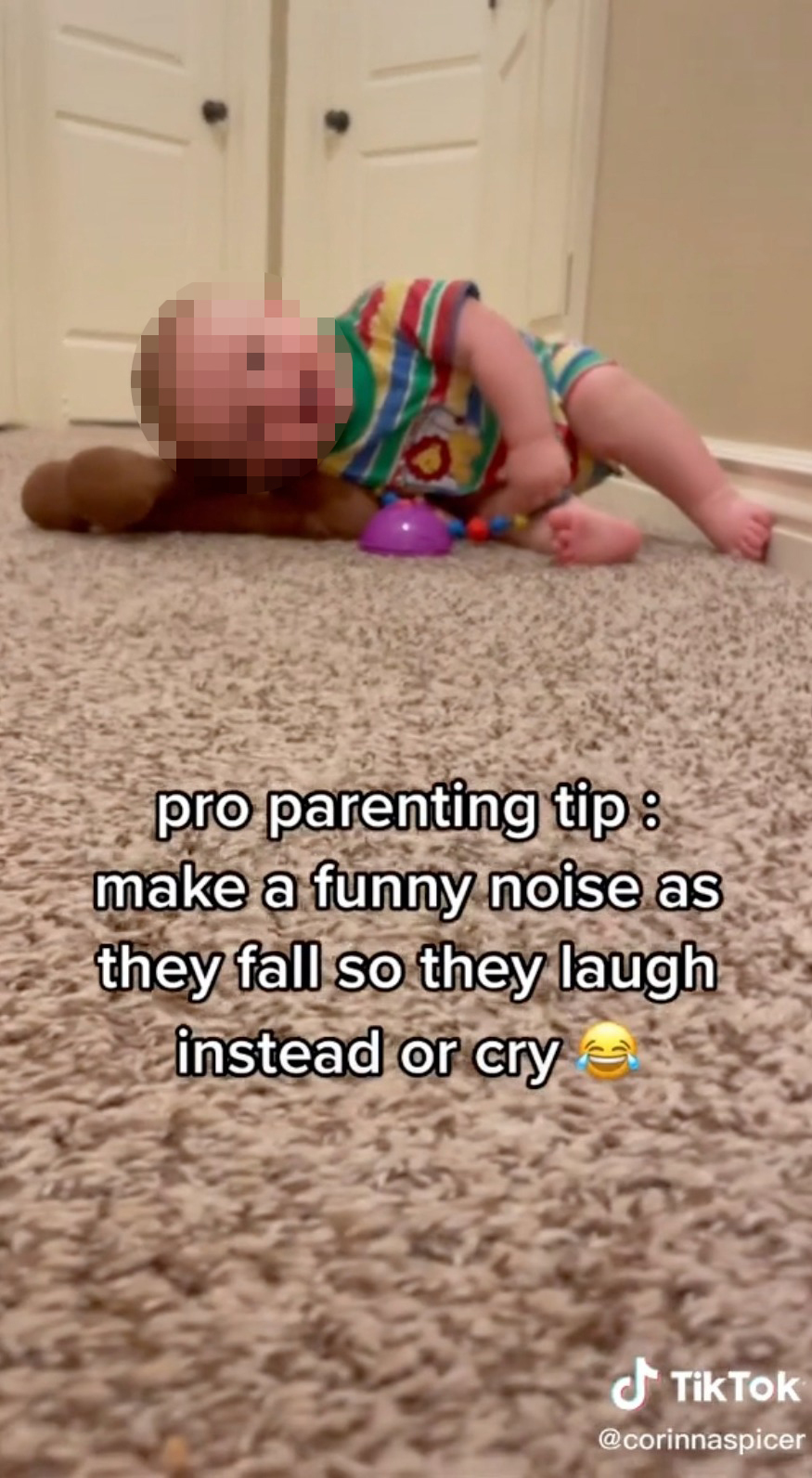 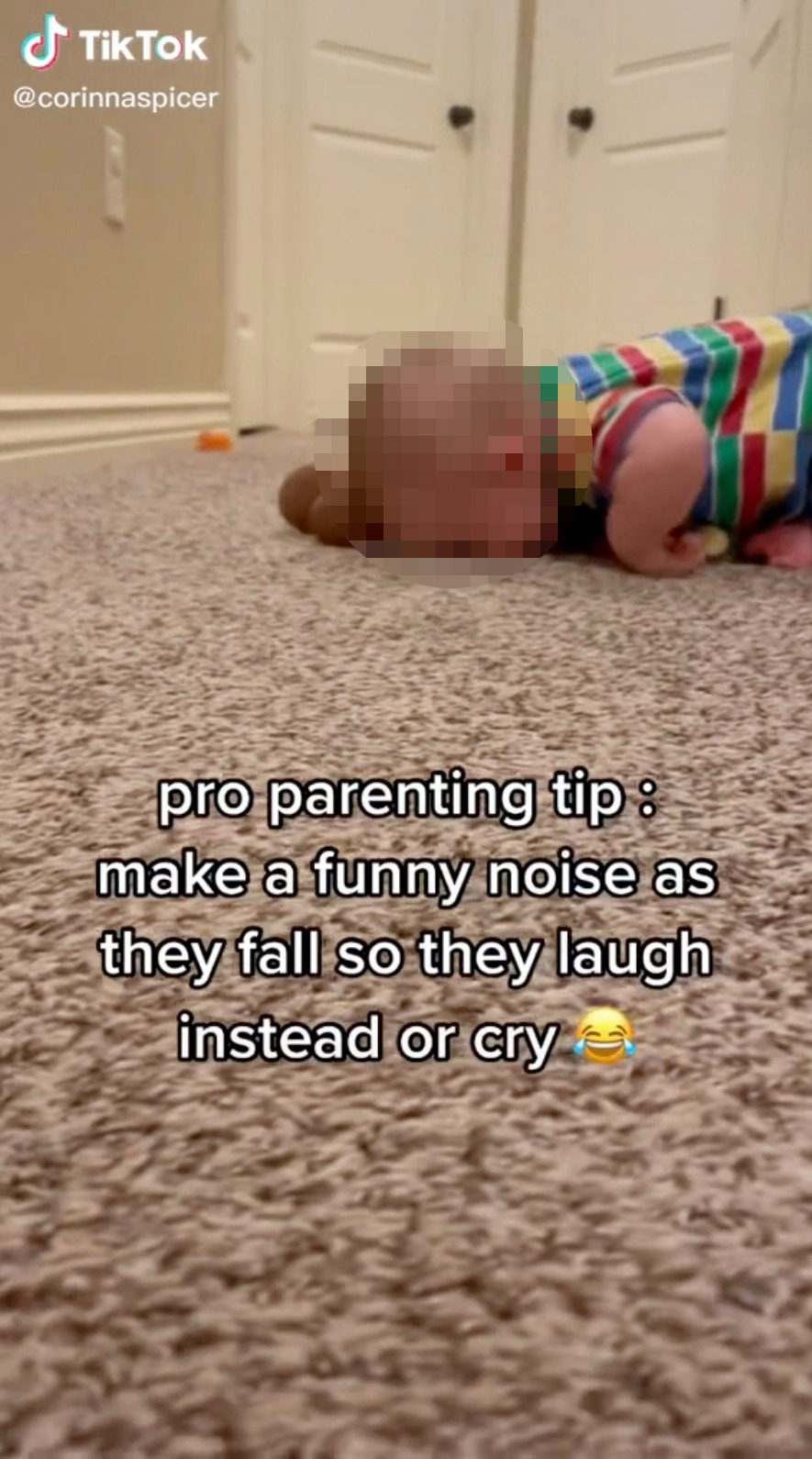 But some concerned viewers jumped to criticize the hack, claiming it encourages the infant to fall and potentially hurt himself.

In a TikTok video, mom Corrina Spicer shared how she handles her son falling.

Instead of rushing to his side, if she catches him falling over, she makes a funny nose when he hits the ground so he bursts out in giggles instead of crying in shock.

The baby is seen laughing hysterically before simply lifting himself back up and crawling away.

She called this a parenting tip, but many didn't see it that way.

One person commented: "Be careful though! My nephew started to fall on purpose to hear the noises I would make."

To this, another mom said: "That's what we do with my son and now he slowly falls down and laughs while looking at me."

Another shared their own advice and said: "I've learned, that if you don't panic when they fall like that, they won't cry."

A third revealed that they simply clap to distract the child, and a fourth one said: "We did this with my sister when she was little and now, every time she gets hurt, she says 'I'm ok' instead of crying." 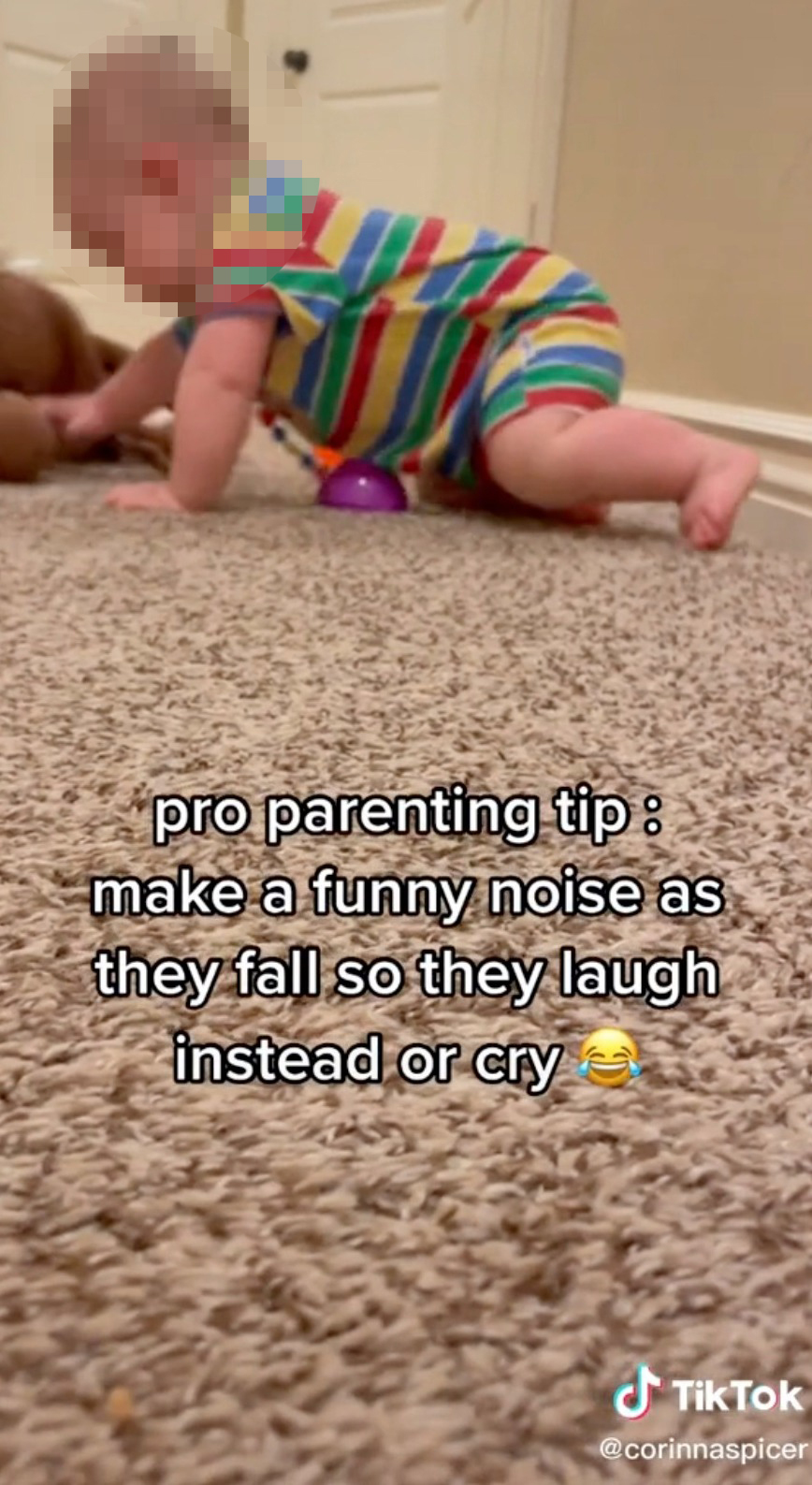