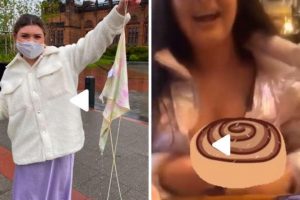 TWO students have gone viral on TikTok after a hilarious mishap saw one of them lose their top on a night out in Glasgow.

Pals Iona Mason and her bestie Brooke Ireland decided to glam up go out to a restaurant for a girly catch up in a video posted to TikTok on Tuesday, when an epic wardrobe malfunction struck leaving them both red faced and in stitches. 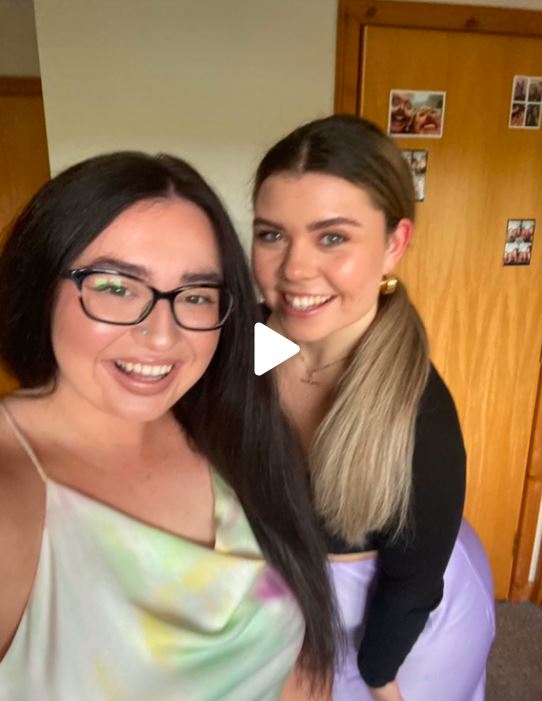 The night on the town began with the two happily posing in mirror before heading out, with Brooke wearing a summery multicoloured halterneck despite the freezing rain.

"Dry all day then shock walking to place and start raining," she adds as the excited mates head to get some dinner along Argyle Street, in the city's leafy west end.

The happy scenes soon cuts to a surprise shot of Iona laughing her head off in the venue, with the caption: "When you unzip your puffer and your top's gone". 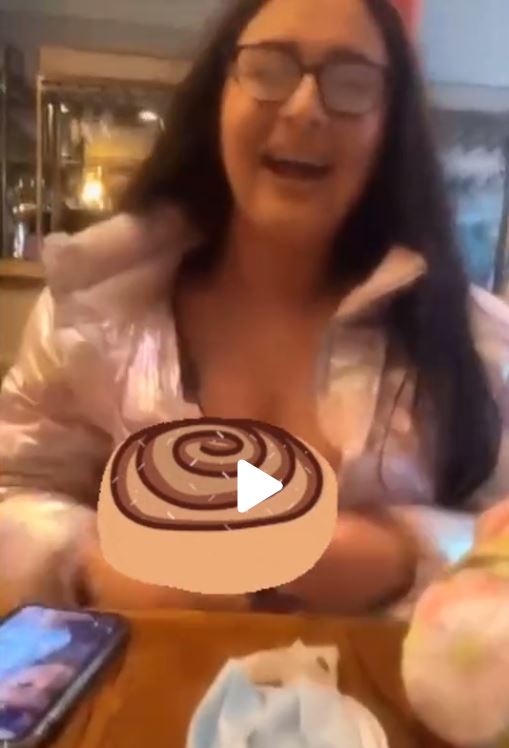 The camera then pans to Brooke sitting opposite in stitches as she flashes a bit of accidental cleavage with only a pastry emjoi to cover her modesty.

She then reappears from the toilets wearing a freebie red Poland tee, prompting more laughter from a buckled Iona.

"The girls behind the bar had a free t shirt looks like a footballer hahhahahahha," she reveals as she ribs her mate.

Later as the gals walk home they find the offending summer top soaking wet and squashed into the pavement.

"No way we f*kin found it," Iona added as the two jokers pose for more pics in the rain.

Since being posted to TikTokthe vid, captioned "When you make it to the restaurant but your clothes don’t" has ranked up over 94,000 likes and nearly a thousand comments. 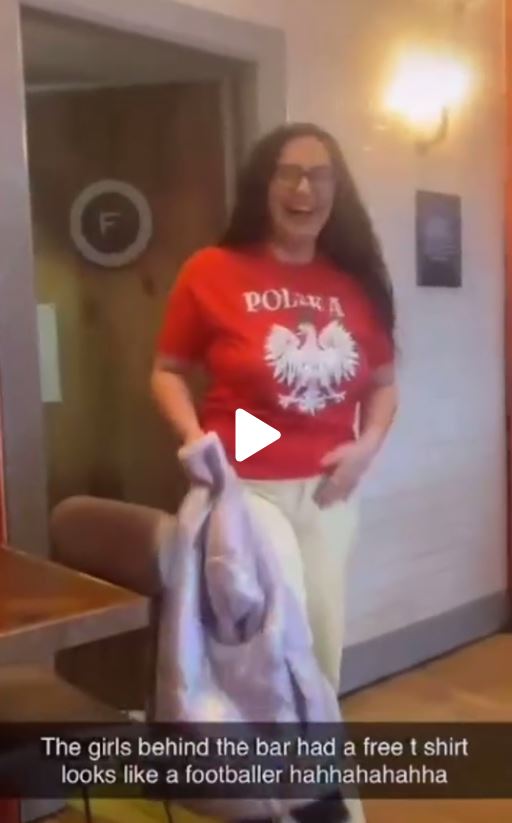 "The chaos! I love it! But I need to know how she lost it without realising," wrote one TikTok User.

"I love how you each took a photo with the lost top," said another.

A baffled viewer adds: "LMAOOOO pls why did I think it had somehow dissolved in the rain."

Hundreds more saw the funny side. 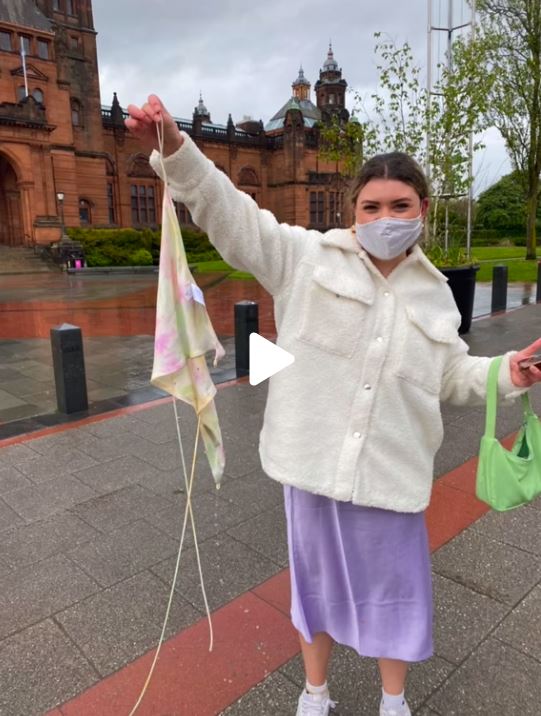 "The fact u took a picture of it in the street like it was a piece of art HAHAHAHAHAHA," one woman remarked.

Many more were keen to see the plus sides to the embarrassing wardrobe malfunction.

"But imagine if you didn't have your jacket on and it just fell off," said one.

Previously, a woman flashes her bum as she slides down a cliff and into a lake during epic selfie fail.

And a woman was mortified after spotting embarrassing error on her CV after sending off job application.