Erika Rae Ritschard, 28, had a boob job seven years ago but immediately began to suffer from anxiety and depression. 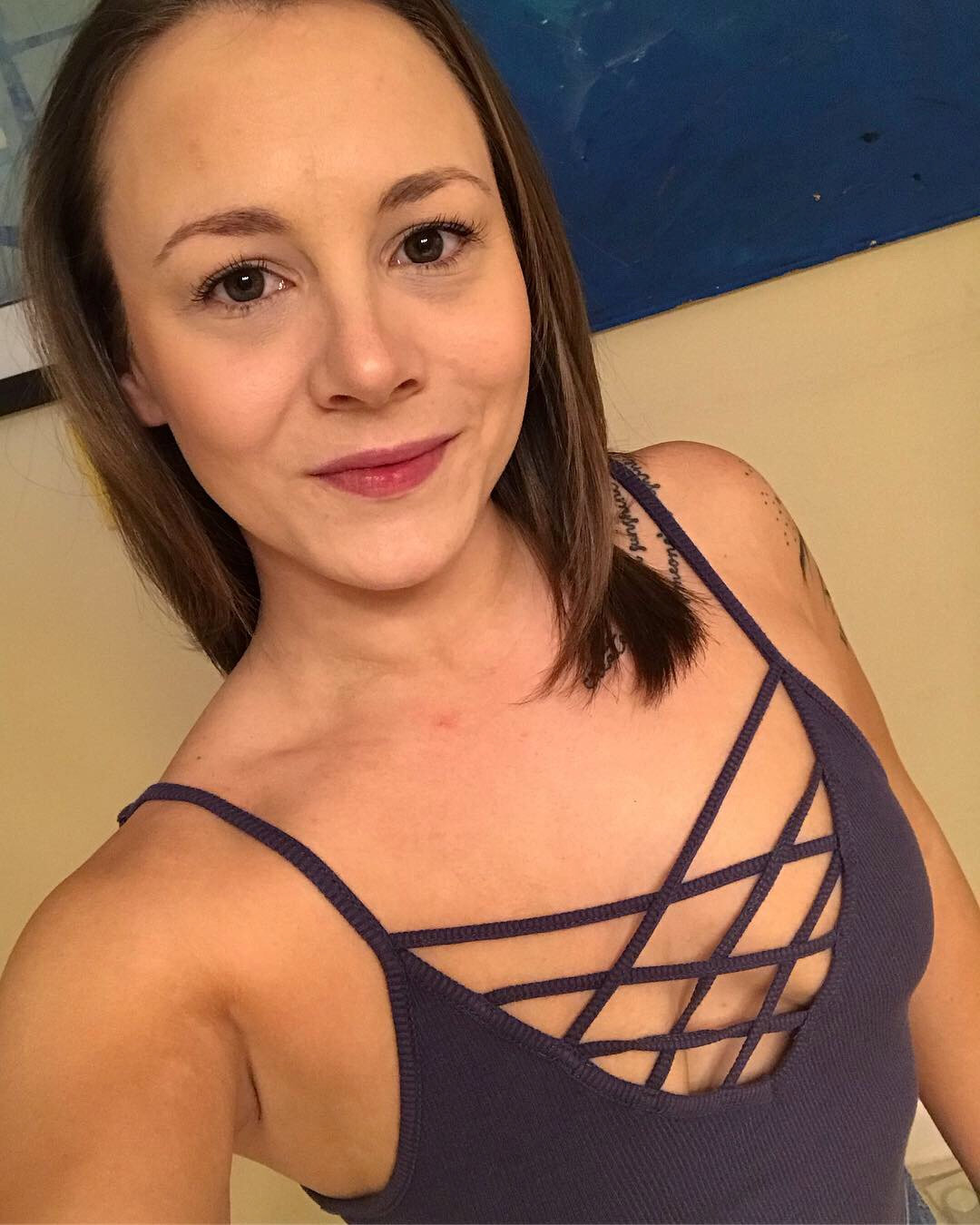 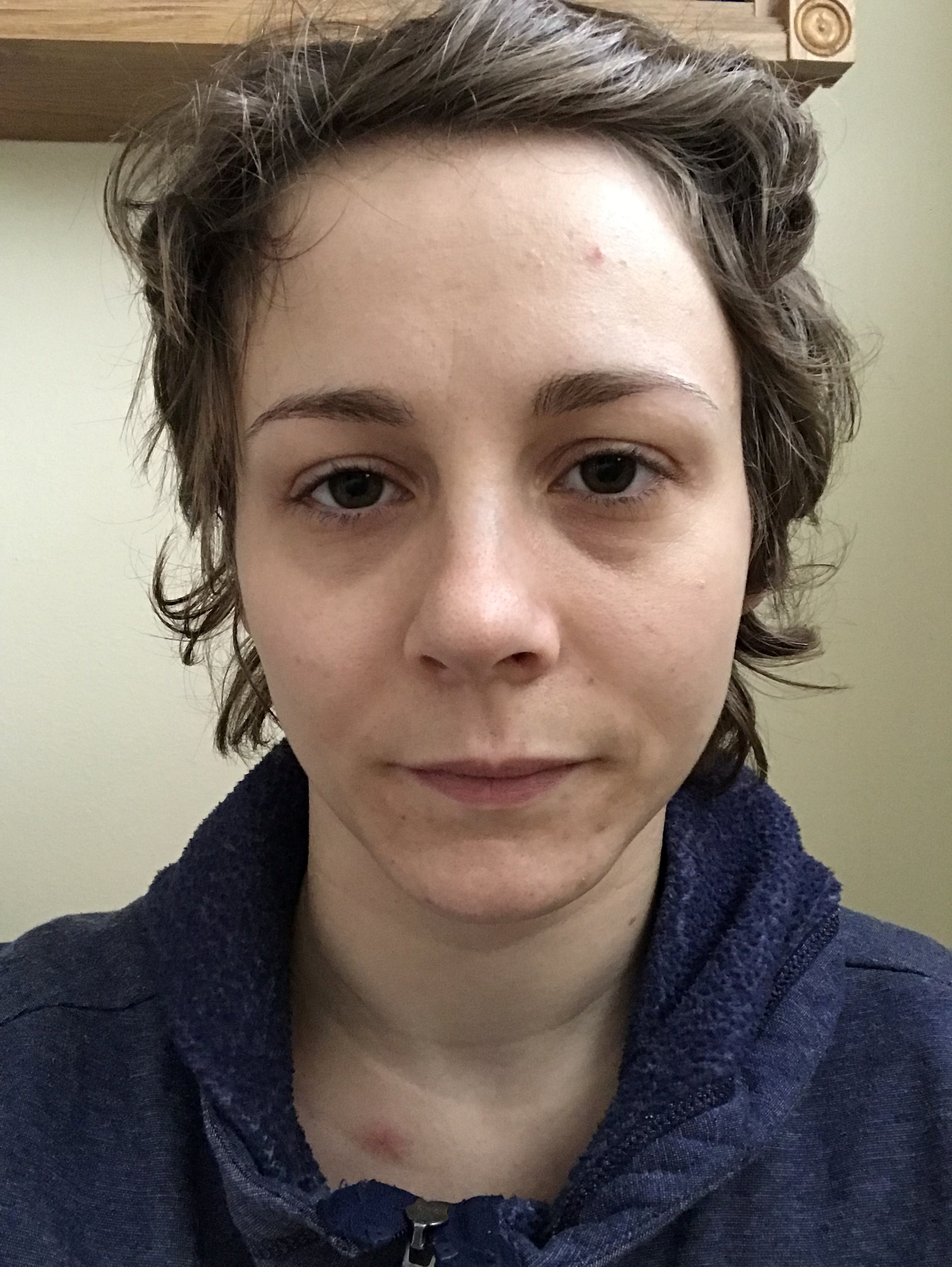 At her lowest, she even struggled with suicidal feelings.

She now thinks she was suffering from "breast implant illness", after stumbling across a Facebook support group for the mysterious condition.

Erika eventually forked out £3,847 to have her implants removed – and the moment they were out, she claims to have started to feel better. 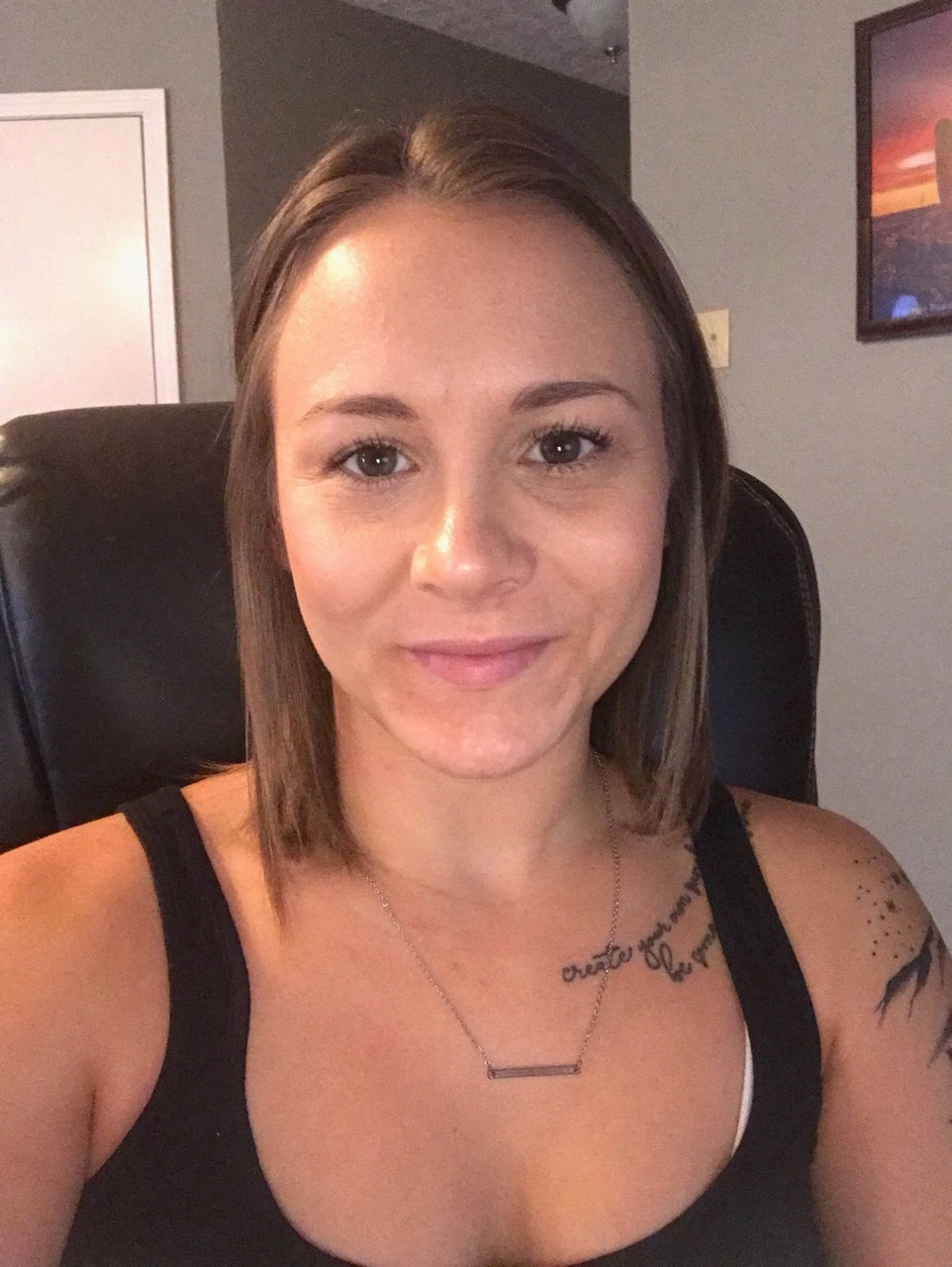 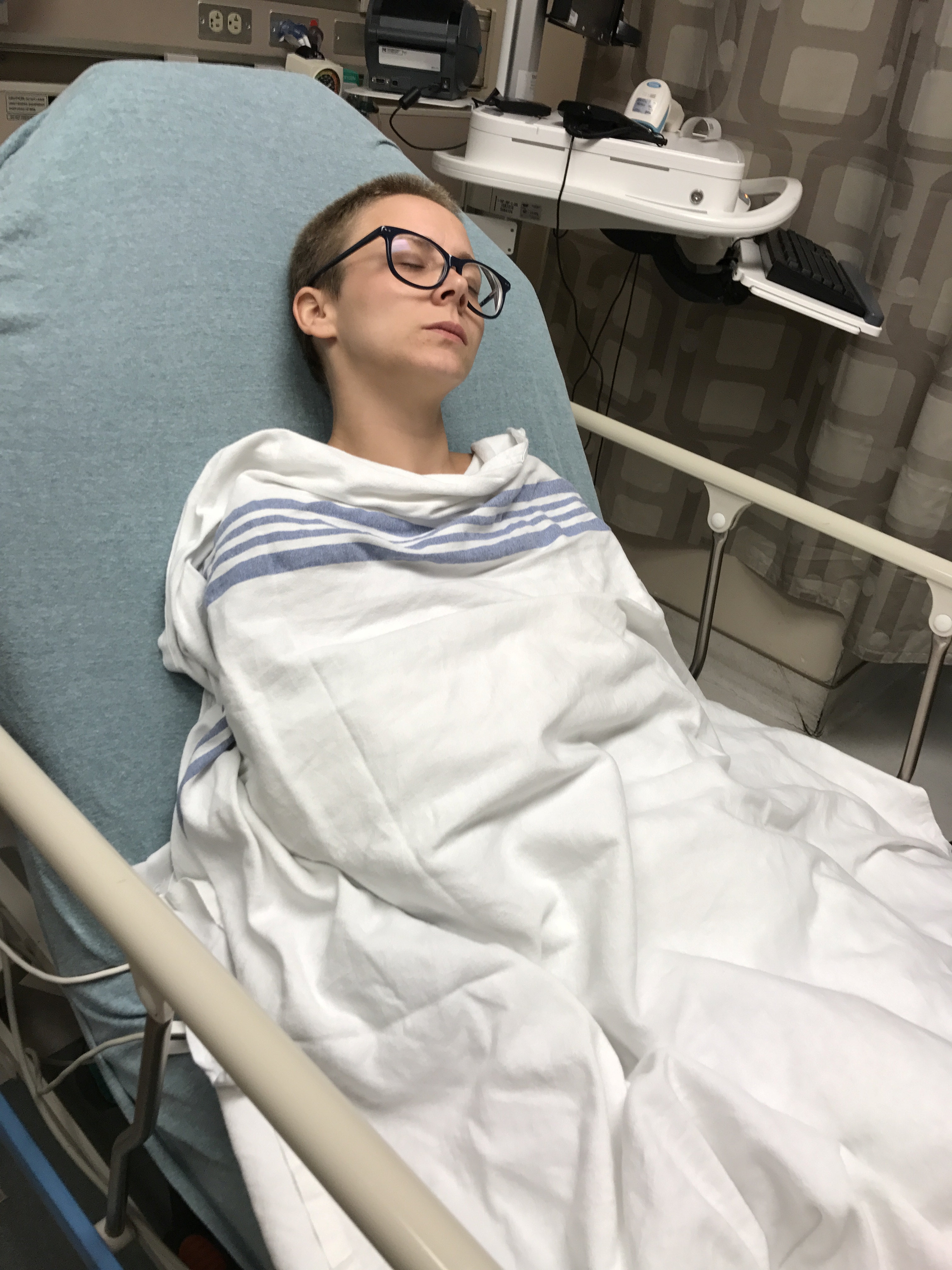 Erika, from Mississippi, USA, said: "It's horrifying to think that what I had chosen to put into my body was making it wither away.

"I wanted to cut them out of myself. During my worst times, I even contemplated suicide."

Erika decided to get implants in March 2012 after breastfeeding left her unhappy with her appearance.

She said that she'd always had pretty big boobs but after breastfeeding two babies and losing some weight, she didn't like how her breasts looked. 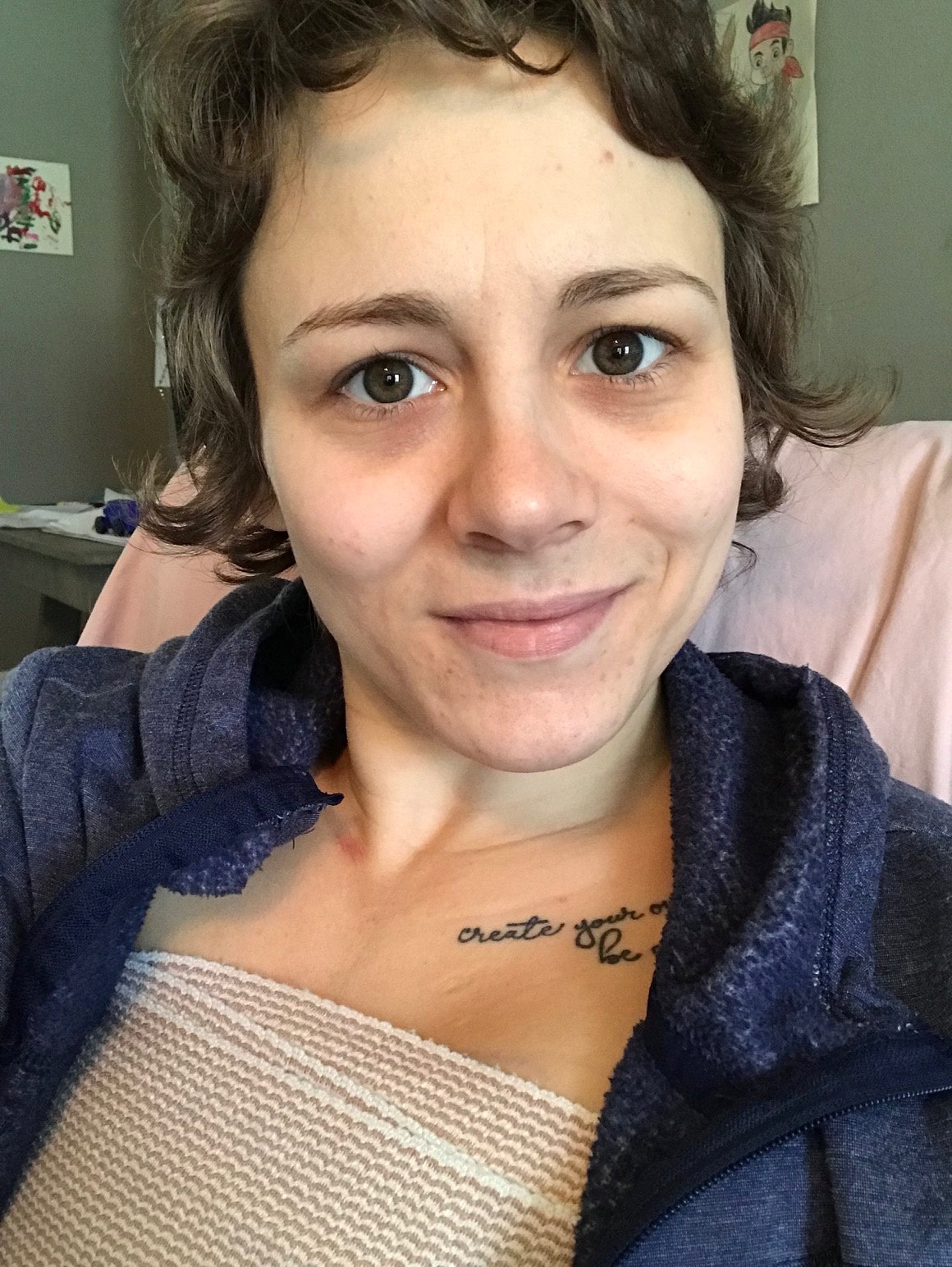 "My husband told me I looked perfect but I was really set on getting implants.

"I felt like I had given my body to my kids and this was something just for me.

"You had to be 22 to get silicone and I got them the day after my 22nd birthday."

However, just three months after she had them put in, Erika claims that she started to suffer from depression and anxiety.

She was put on anti-anxiety meds but other symptoms seemed to develop.

"All of a sudden my heart was racing for no reason. I got a kidney infection in the summer. After that, it was constant. 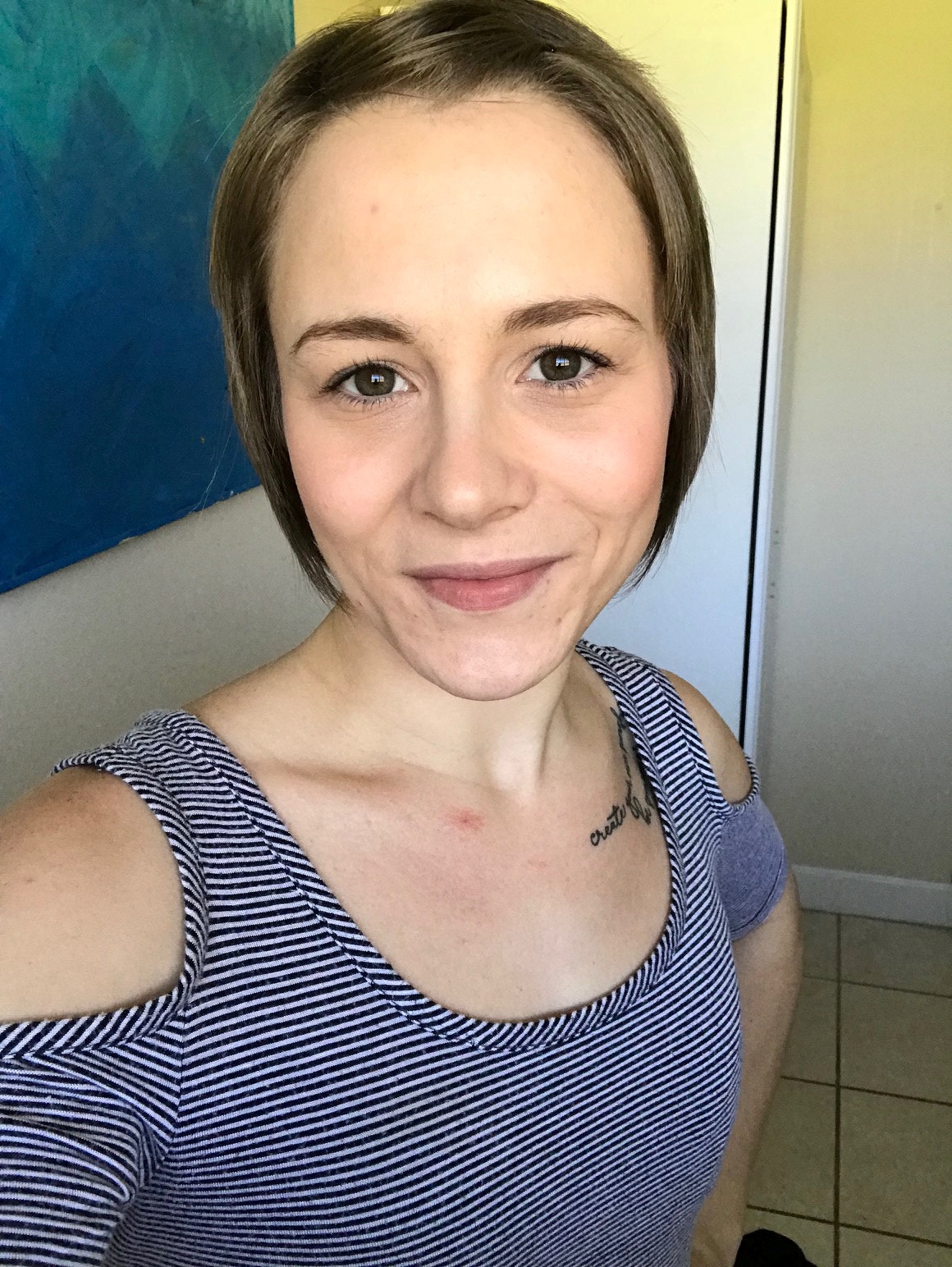 "I had recurring yeast infections and respiratory problems.

"I went to ER several times with migraines."

In 2017, her symptoms became so severe that Erika's weight plummeted from 10st to just over 7st – losing around 40lbs a year.

She said: "I lost 40 pounds in a year. I was so fatigued in my body, I wasn't able to concentrate, I thought I had ADHD and my mood swings were outrageous.

Erika's is just one of loads of stories about supposed breast implant illness.

We asked consultant plastic surgeon and BAAPS member Naveen Cavale about whether Breast Implant Illness was something more of us should be worried about.

"We went through a phrase in the '90s when America banned silicone implants because there was one case that went successfully through the courts there and it was judged that a woman had developed an autoimmune disease as a result of a breast augmentation…but if you think of all the millions who have had (the surgery), it's clear that there is no increase in autoimmune illnesses in women who have breast implants compared to those who don't," Dr Cavale told The Sun.

He went on to say that silicon is an "inert substance" – it's everywhere.

"Your lipstick and makeup will have it, your shower gel and talc contains silicon, every needle that's injected into you is coated in silicon to make it smooth and easy to insert – so every time you have an injection, you're getting a tiny amount.

"Given how long it's been around for and the fact that we're dealing with it every day, it's safe."

"(Reactions to boob jobs) are rare – it's not something to worry about.

"Silicon implants are very safe – I wouldn't be putting them into people if they weren't and I'd highly recommend any of my friends, family or colleagues having them done, provided that they were going to have them done safely with a proper plastic surgeon who is a member of the proper society, has insurance etc."

According to Healing Breast Implant Illness, symptoms of the condition include:

"My doctor sent me to a psychiatrist who said I had bipolar tendencies.

"I would have extreme lows and manic highs. I had brain fog and insomnia.

"My muscles were in so much pain that I lived on a heating pad for months.

"I would be extremely cold, sitting in my house in August with a coat, gloves and a beanie on.

"But then I'd have a hot flush and I would be dripping in sweat."

She also developed snakeskin-like dry patches of skin on her legs, and her hair became extremely brittle.

Erika estimates that she went to visit her GP at least 15 times but never received a diagnosis. 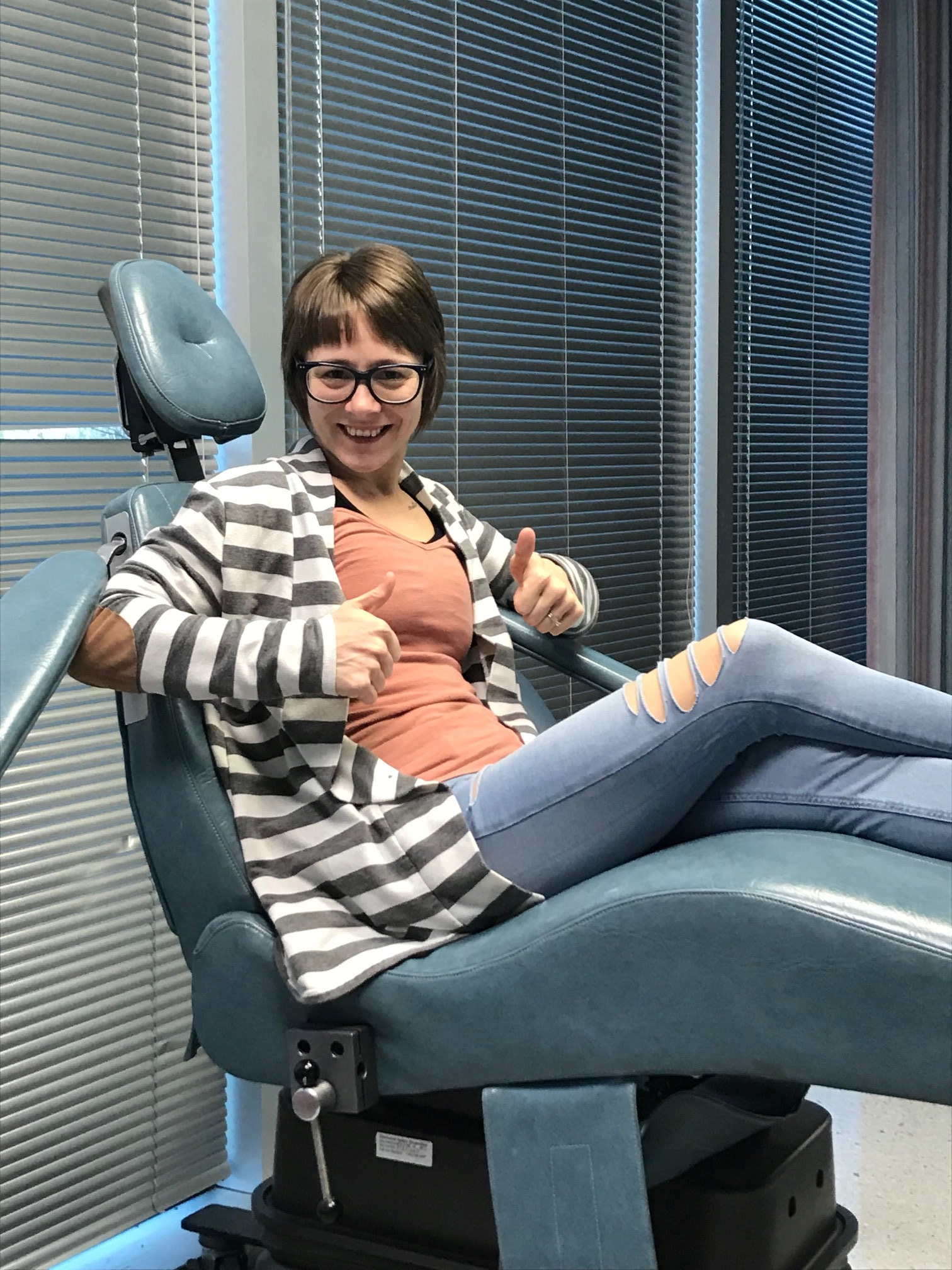 She said: "They were testing my blood count, my thyroid, I had tests for parasites, pelvis and stomach ultrasounds, MRIs and CAT scans.

"But they never found what was wrong with me.

"The doctors kept saying it was stress and healthy anxiety.

"I remember an ER doctor said to me: 'You're the healthiest sick person we've ever seen'.

"Healthy people don't drop 40lbs in a year and feel the way I felt."

She says that she contemplated killing herself three times as there seemed a very real possibility that she'd have to live with her devastating symptoms forever. 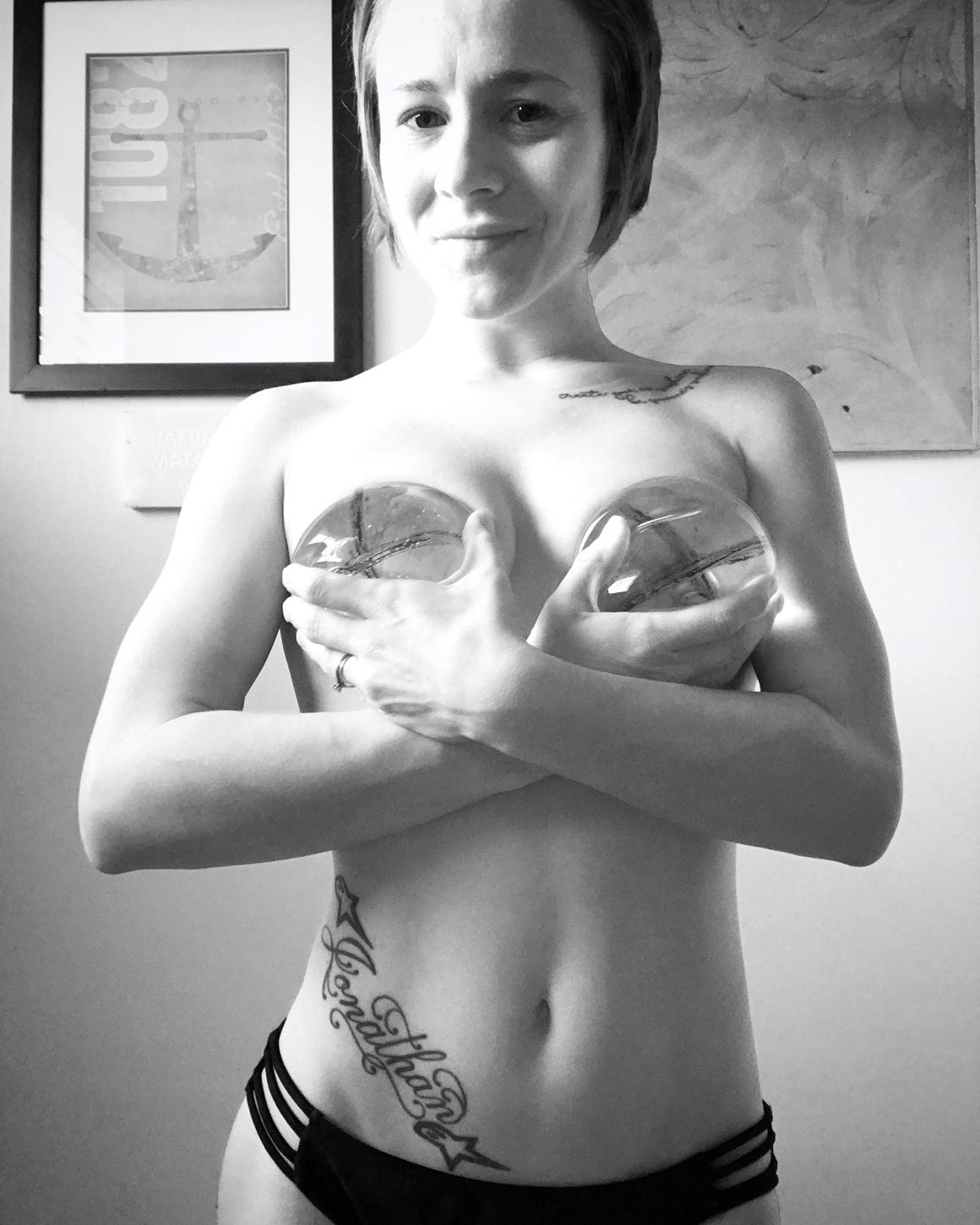 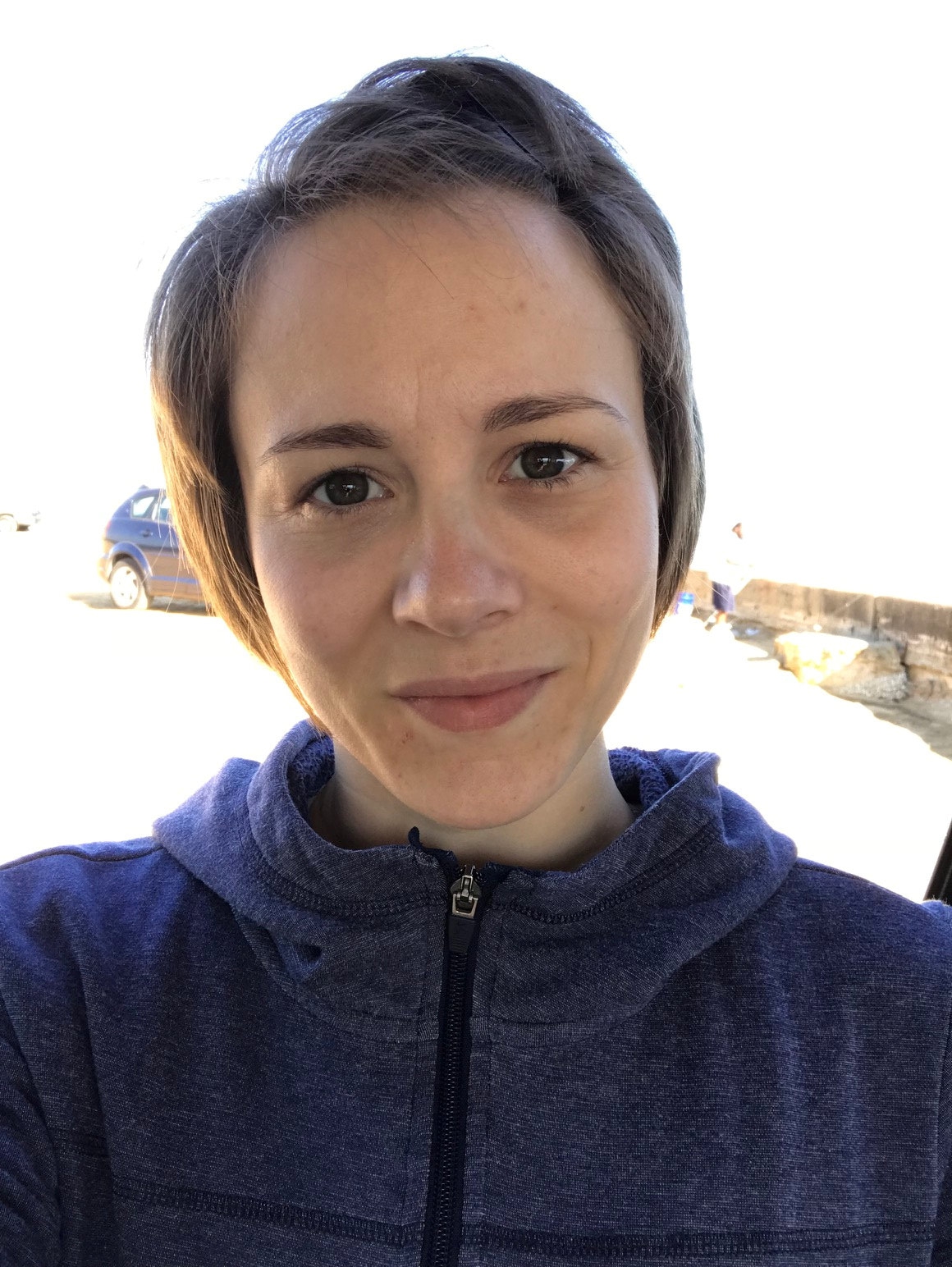 In November 2017, however, Erika came across a Facebook group called Breast Implant Illness and Healing after becoming obsessed with the notion of getting new implants put in.

"I had had them for almost six years and I wanted to get them done again," she recalled.

But on typing "breast implant" into Facebook, she came across the group where thousands of other women reported as having exactly the same life-changing symptoms that she was battling.

"I felt like I was reading about myself," she said.

"I thought: 'Holy crap, that's why the doctor can't find anything wrong with me!' "I posted a bit of my story on the page and hundreds of women wrote to me and said it was definitely breast implant illness."

Three months later, she had her implants removed.

She said: "I immediately felt myself again but at first I was worried it was the pain medication I was on after the operation.

"But two weeks in, I knew this was a real heal. I was able to eat again. I was literally shovelling food into my mouth.

"For so long any food made me feel nauseous but now I was eating double cheeseburgers and fries.

"I put on 40lbs in four months. I could sleep through the night.

"My skin was soft again, no more alligator patches. I literally had 20 years taken off my face after I explanted.

"The illness made me rapidly age – people thought I was in my forties when I wasn't even 30.

"All of my symptoms subsided in the first two months.

"The only headache I get now is when I don't drink my coffee in the morning."

Dr Diana Zuckerman, President of the National Center for Health Research in Washington D.C, said that just because breast implant illness is not recognised by official bodies, does not mean that the condition is not real. 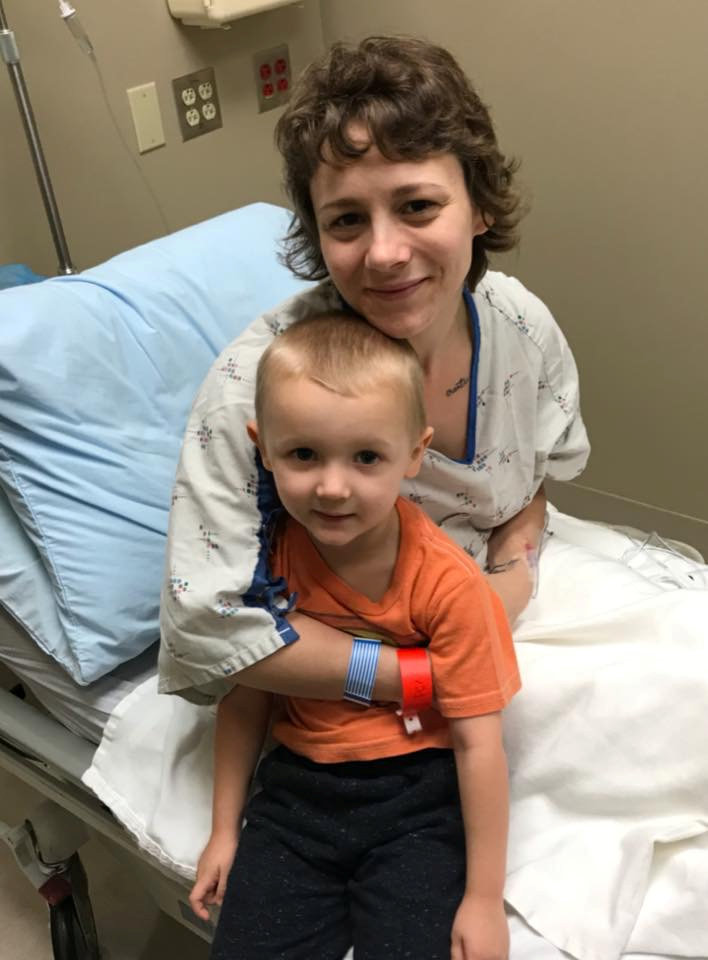 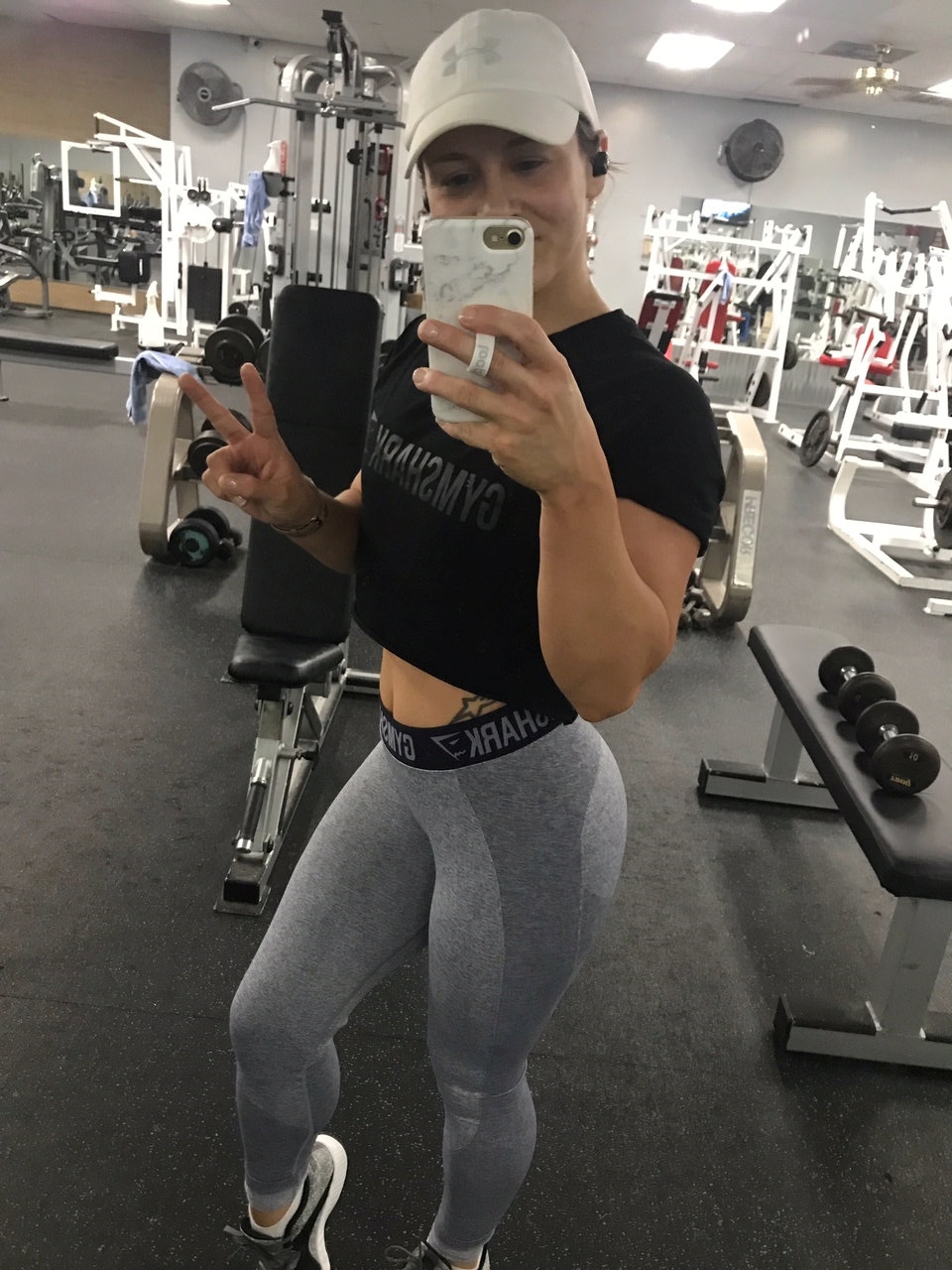 "When there's a new pattern of a group of symptoms that seem to all cluster together for a group of people it often takes a long time until the medical community accepts that it is a real thing," Dr Zuckerman commented.

"We certainly have seen and talked to many women who have experienced this cluster of symptoms that are referred to as breast implant illness.

"What they have in common is that they are symptoms that could be caused by their immune system going out of whack.

"Many of the symptoms that these women talk about – joint pain, mental confusion, hair falling out – are very typical of certain autoimmune diseases.

"It is possible that these conditions are caused by breast implants."

She pointed out the link between breast implants and Anaplastic Large Cell Lymphoma, a rare cancer of the immune system.

Dr Zuckerman added: "It makes sense that if breast implants can cause ALCL, they can cause other problems in the immune system."