April Hinson, 38, was told her daughter had died just before medics performed a C-section. 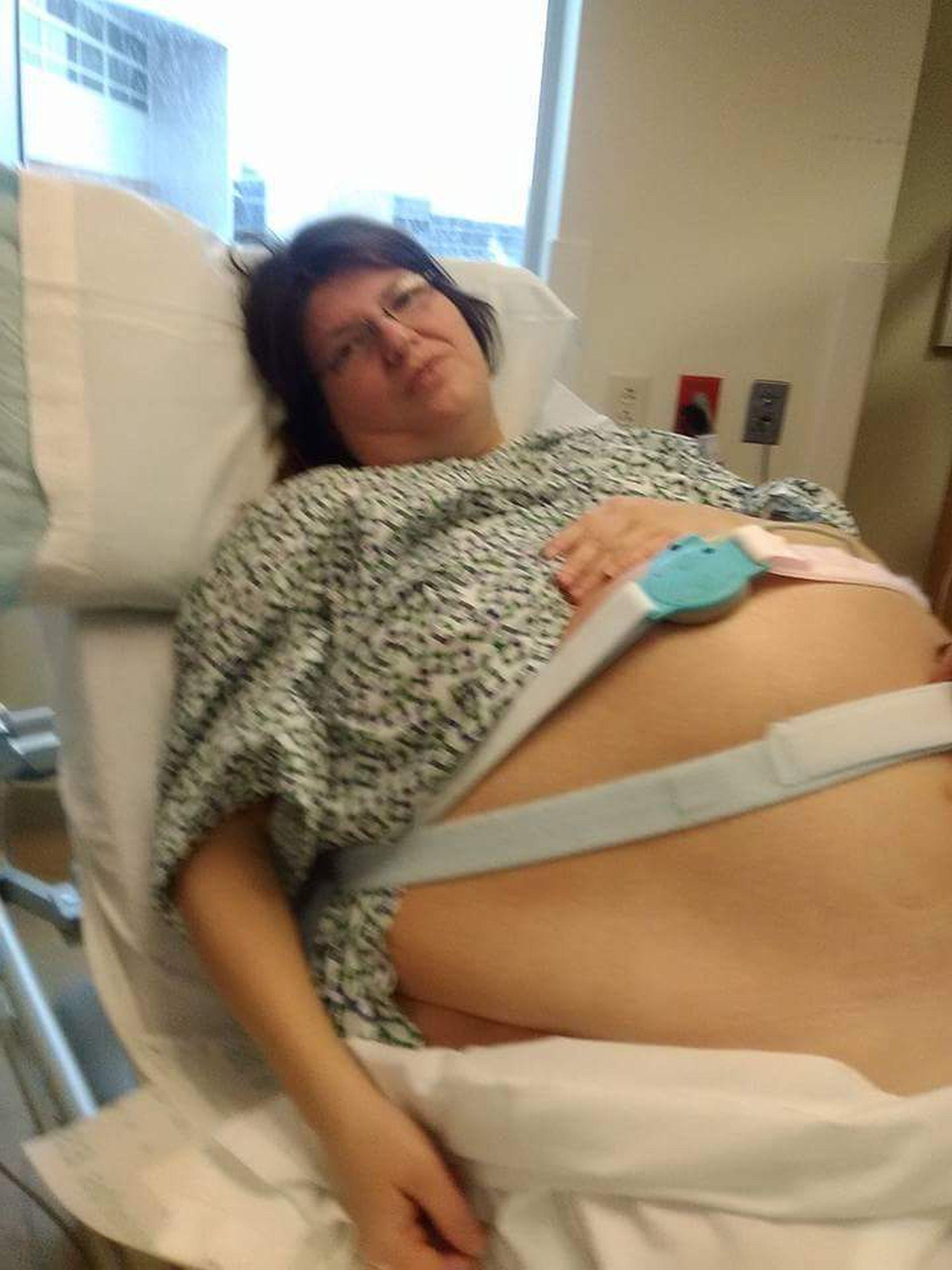 Little Sianna Frye defied all the odds when she lived nearly 38 weeks into her mum's pregnancy, despite the large hole in the back of her head preventing her brain from forming properly.

April, from Ohio, USA, went against doctors' recommendations and refused to have an abortion after Sianna was diagnosed with anencephaly – a rare neural condition – at her 10-week scan.

Just six in every 10,000 babies are born with anencephaly, which affects the development of a baby's brain or spinal cord when their skull bones don't form properly.

Devastated April was warned that she'd probably miscarry and would never feel her baby move or grow beyond a one pound weight. 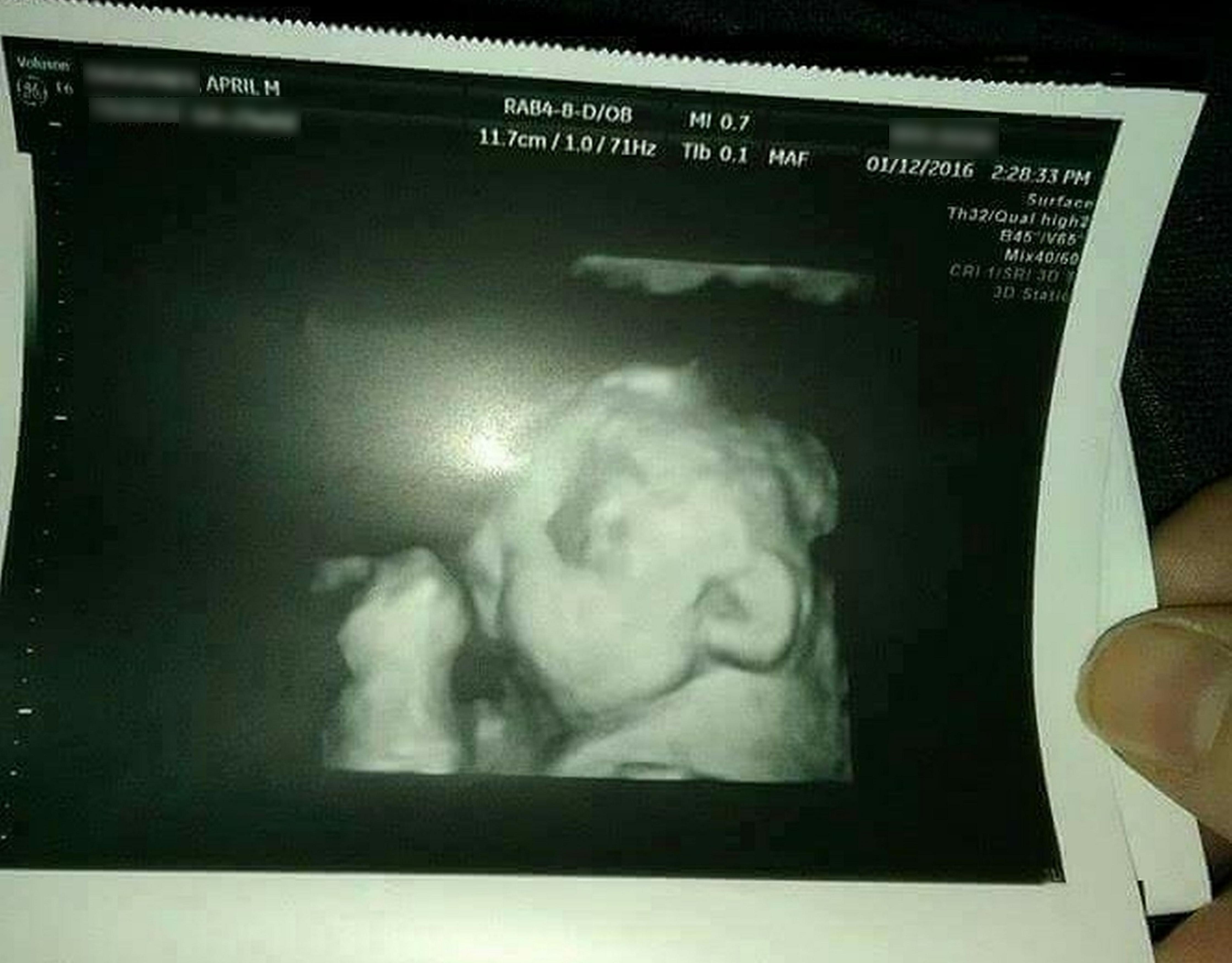 But April actually found that her baby moved so much that her stomach felt "like a boxing ring".

"I had the complete honour of being able to carry her and I got to feel her move. When she was born I just kept telling her I loved her and how perfect she was," said April.

"I love her to the point where my love is so unconditional to her. This little girl has so many people that love her and wanted the best for her that it's amazing."

Tragically, she passed away just 30 minutes before April was due to have her C-section in 2016. 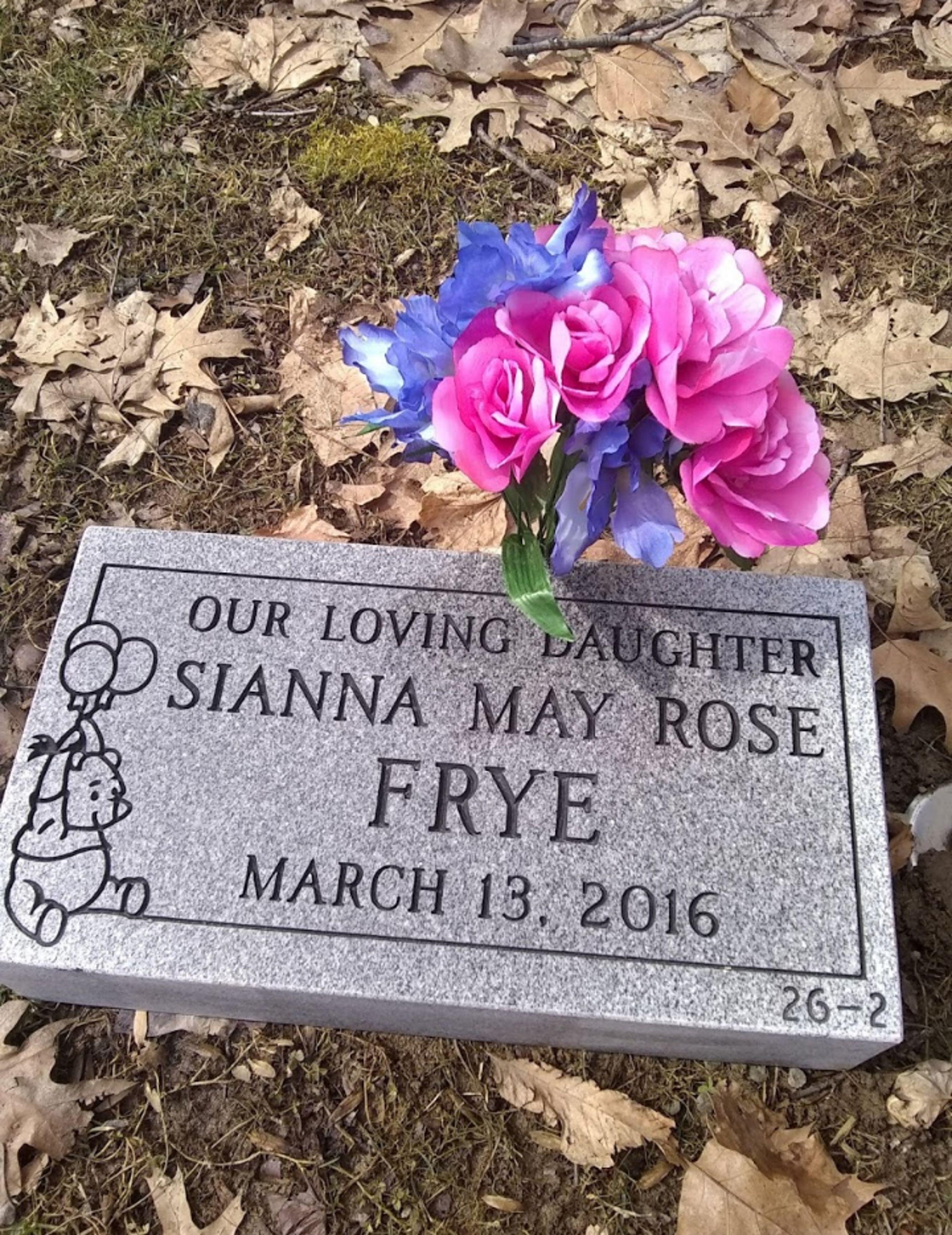 Now, April is speaking out about anencephaly in the hopes of helping other parents to know they are not alone and raise awareness about the terrible condition.

"Every case of anencephaly is different. The back of Sianna's head was wide open, but it wasn't hard seeing the back of her head. I had already prepared myself to see her.

"The problem that I had was that her brain was really small. Before we put a clear bandage on the back of her head her brain kept falling out.

"It was weird because I didn't even feel sad or ashamed to put it back in.

"The nurse looked at me and said 'let's see if we can make that a little easier'.

"We put a clear bandage over it, and because the bandage wasn't staying on very well I think that was my daughter's way of saying 'haha' – but that's just my opinion.

"It wasn't sticking very well at all. We had a washcloth that we had on the back of her head most of the time.

"I got to the point where I didn't even care if her blood got on me."

When she first discovered that she was pregnant back in August 2015, April was delighted. She suffered a difficult, high-risk pregnancy.

Anencephaly is a rare neural tube defect that happens during the first 24 days after the egg is fertilised by the sperm.

It happens when the brain, spinal cord or bones of the skull do not form properly which results in severe damage to the baby's brain when it is developing.

The exact cause is not known and there is no treatment.

Almost 75 per cent of babies with the condition born at term survive their birth but they have a life expectancy of only a few hours or days.

Babies tend to be blind, deaf, unconscious and unable to feel pain.

Sianna's condition meant that she didn't swallow her amniotic fluid in the womb, so that April felt like she was "suffocating" whenever she lay down.

Her doctor told her that she'd miscarry, that she'd weigh nothing and that she wouldn't be moving.

"So all the milestones that I was told she wouldn't do, she met every one of them – over met them," April said.

"They wanted to induce me on March 1, 2016 and I was freaking out because I didn't have the nursery set up.

"I had my mindset that I wanted to do everything that a normal pregnancy would consist of.

"I didn't have her room set up or anything so I started freaking out and saying we can't.

"My doctor said that if we may get to the point where we have to because if you lay down it may suffocate you.

"I said fine, I won't lay down to sleep, I'll sleep sitting up, I'll do whatever I have to do."

April managed to reach full-term with her pregnancy until she felt two sharp contractions on 13 March and was rushed to hospital for a C-section.

It was then that she says she felt Sianna pass away. 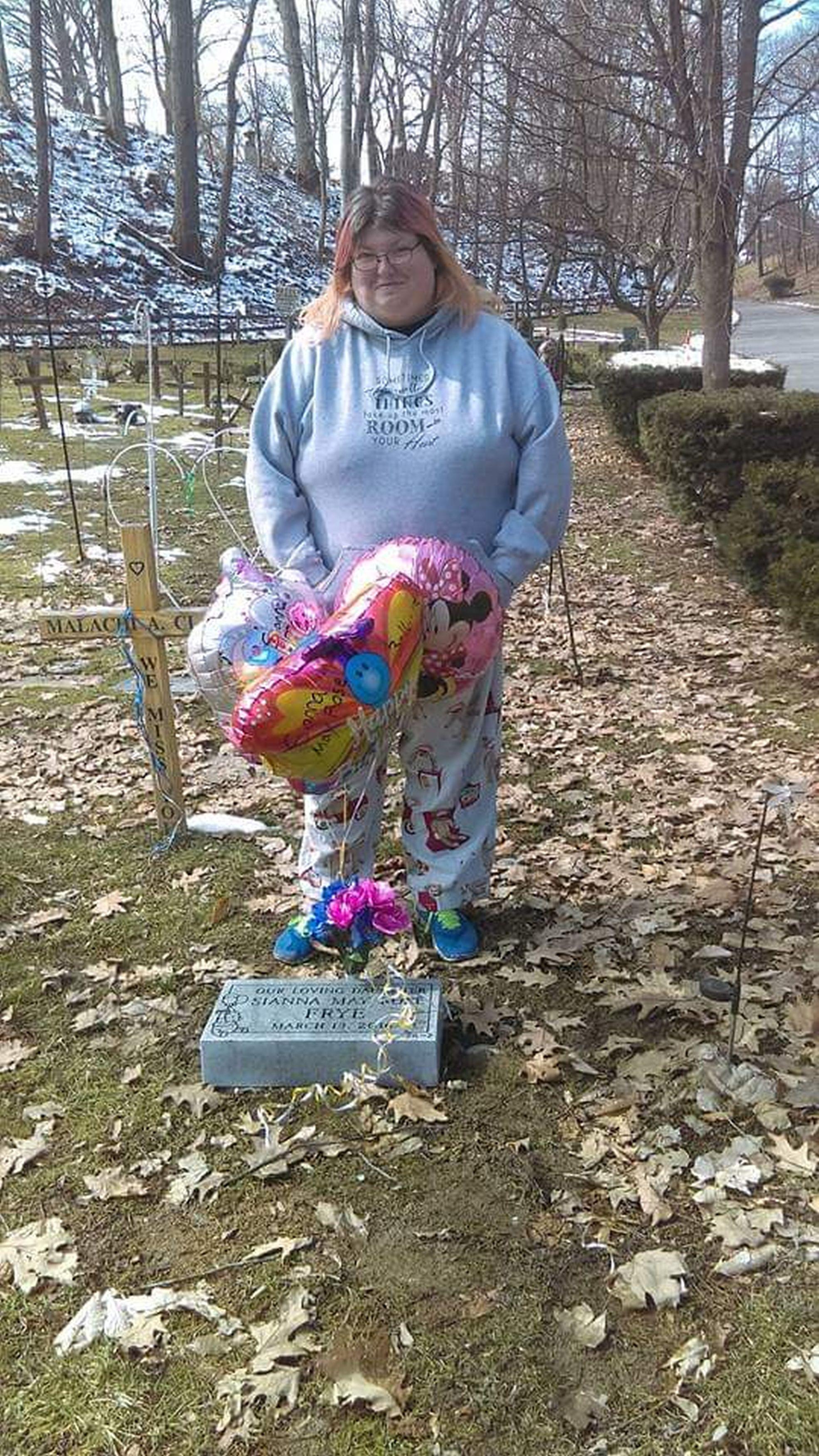 She recalled: I said, 'God, let your will be done'.

"There was a feeling that came over me. It was a huge peace but in my heart I knew she was gone.

"My C-section was at 7pm and they didn't get her out and it all done until two hours later. When they got her out the doctor came over and said 'she's dead'.

"The nurse came over with Sianna and I was able to give her kisses."

After the op, she carried her baby back into her room and was able to have her there for three days.

"People ask me all the time if I checked to see what colour eyes she had.

"Sianna was born with her eyes closed and there was one night where I wondered what colour eyes she has.

"I pried her eyelids open and the whole time I was apologising to her because I felt like I was hurting her. I was able to get the colour of her eyes. They are blue.

"I love talking about her. I take every chance I can. I carried her for 37 weeks and six days. I was full term with her. She passed away 30 minutes before my C-section."

Every year since, April has released balloons on her daughter's birthdays.

April, who hopes to have more children one day, said: "To other parents of babies with anencephaly, I would say choose life if you can help it.

"I know some people aren't able to go through with the pregnancy.

"But make as many memories as you can. Reach out to others – you're not alone.

"There are tons of us who have gone through it and my biggest message would be that you are not alone."