Ashley Thompson had the emergency op after suffering a prolapse during the birth of her third child – meaning her pelvic organs dropped into her vagina. 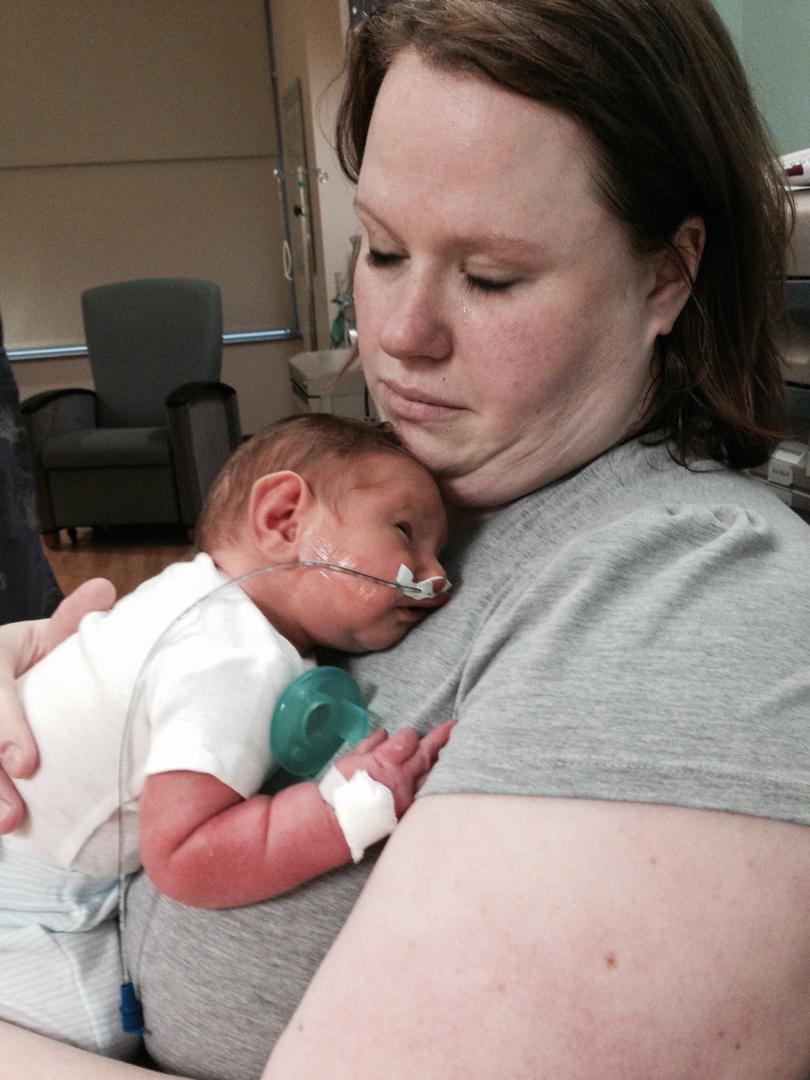 The mum-of-three was induced so her baby, Jude, could be born early, as Ashley had the normally harmless bacteria Group B strep (GBS), usually found in the digestive tract, vagina and rectum.

GBS is usually harmless but can be passed onto the baby during labour, making them unwell.

Doctors feared that Ashley, 36, could become one of the one in 1,750 cases, when they say GBS can be passed on to her baby, so they induced her – only to then discover she had prolapsed.

When Jude was delivered, weighing 8lb 4oz in April 2014, he was immediately sent to intensive care as he was having trouble breathing. 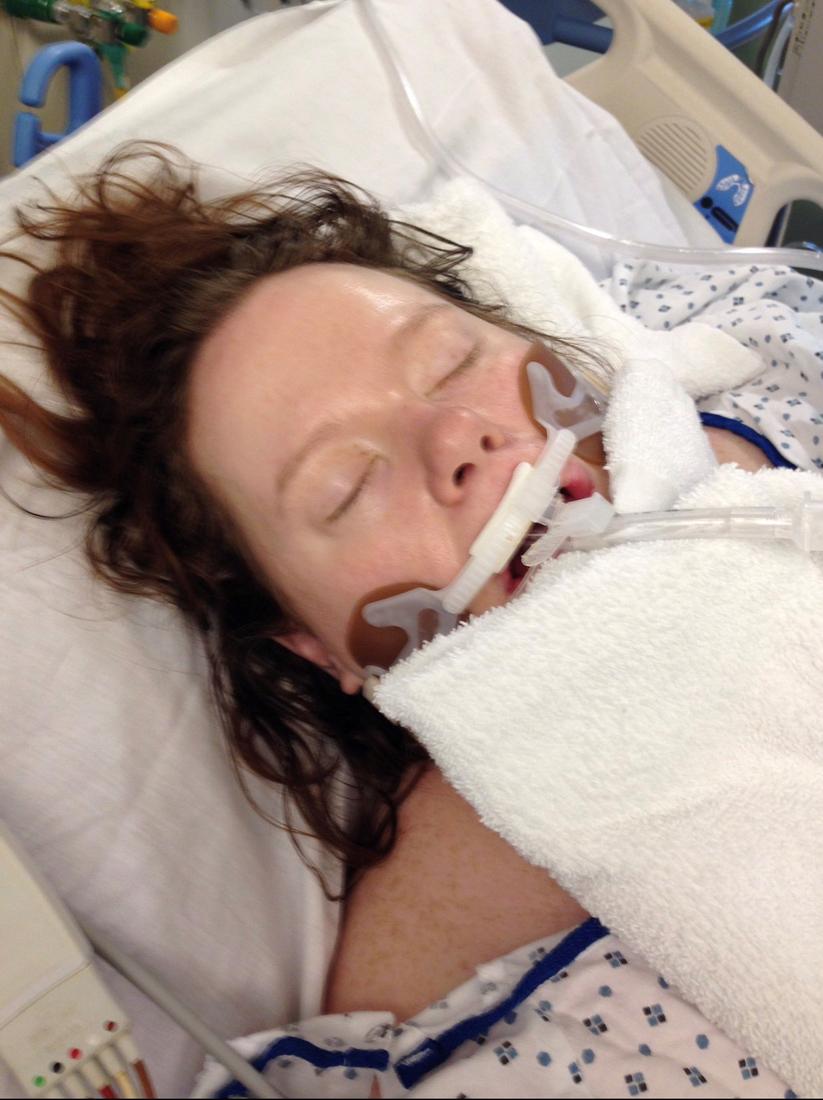 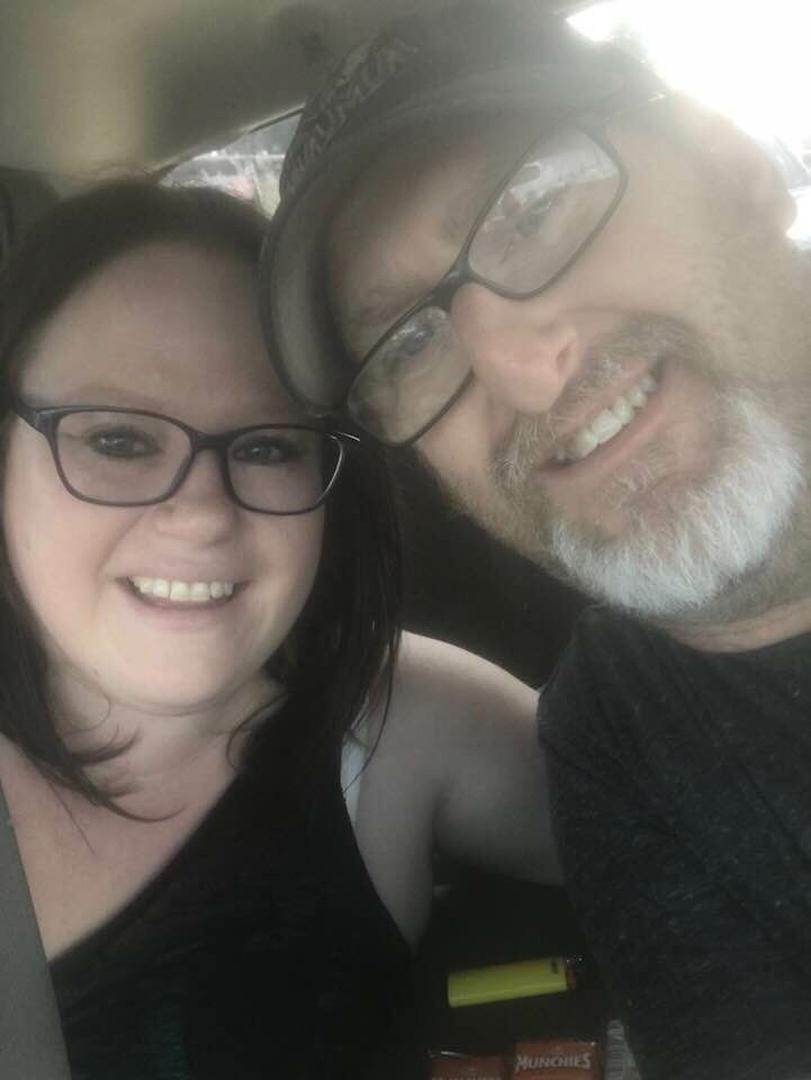 Ashley and her husband Eric, 31, a building contractor, went home without him – unable to see him until 48 hours after his birth.

Further problems were to strike when Ashley, from Arkansas in the US, began having severe pain in her tummy, within days of returning home.

“I thought everything was fine,” said Ashley, a former nurse.

“But then over the next two days, I started to realise that something wasn’t right, as this awful pain built up in my tummy and a wave of confusion and tiredness hit me. 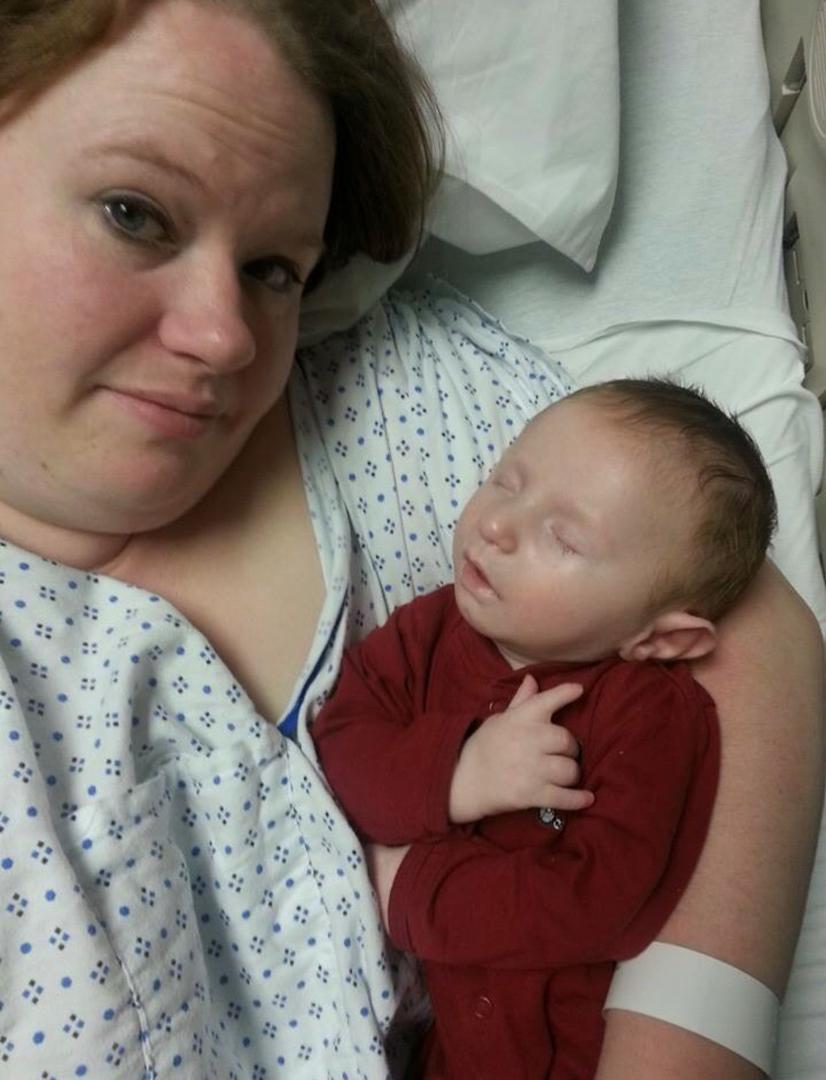 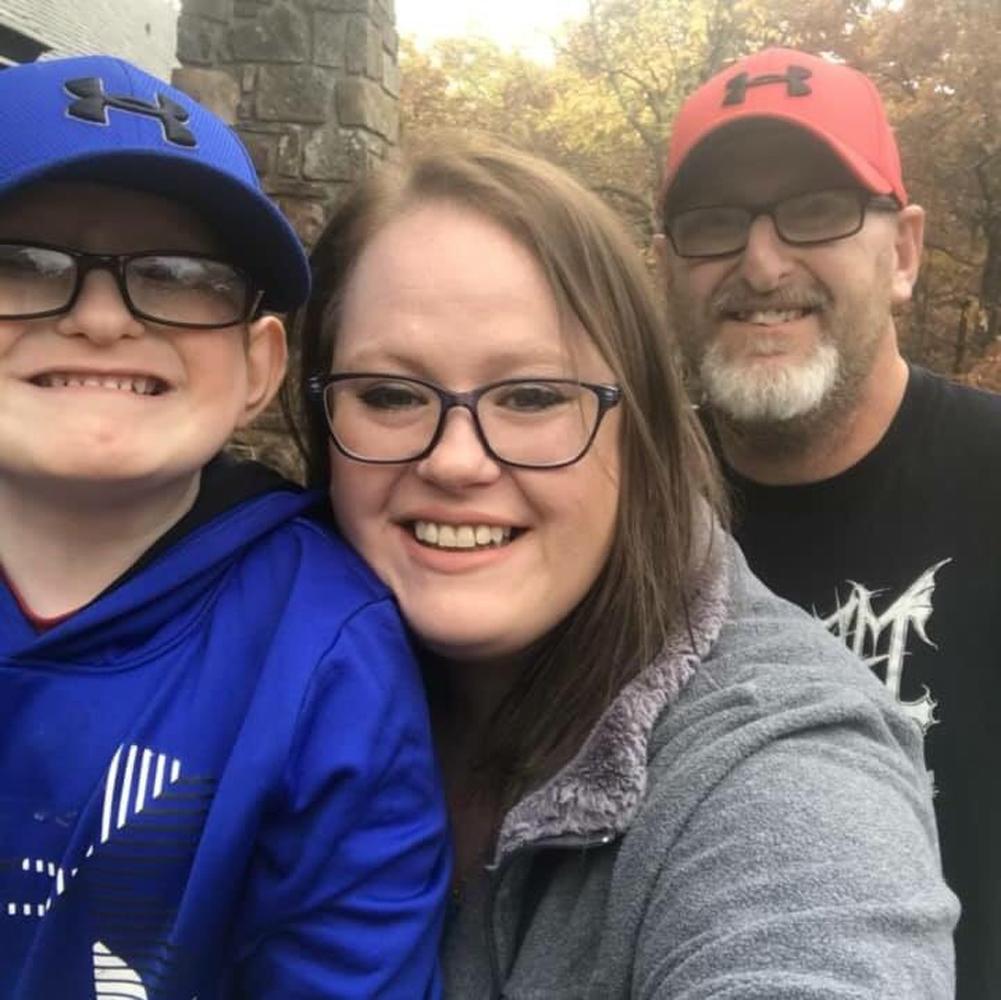 “Still, even though it hurt a lot, I thought it was all to do with some sort of irritation from the stitches.”

She went to see her doctor just in case and was sent straight back to hospital.

Ashley was hours from death after developing necrotising fasciitis – a flesh-eating bug that was eating its way through her body.

A CT scan at hospital revealed most of her lower abdominal muscle wall – a layer of muscle between the organs and the skin – was being eaten alive by the flesh-eating bacteria. 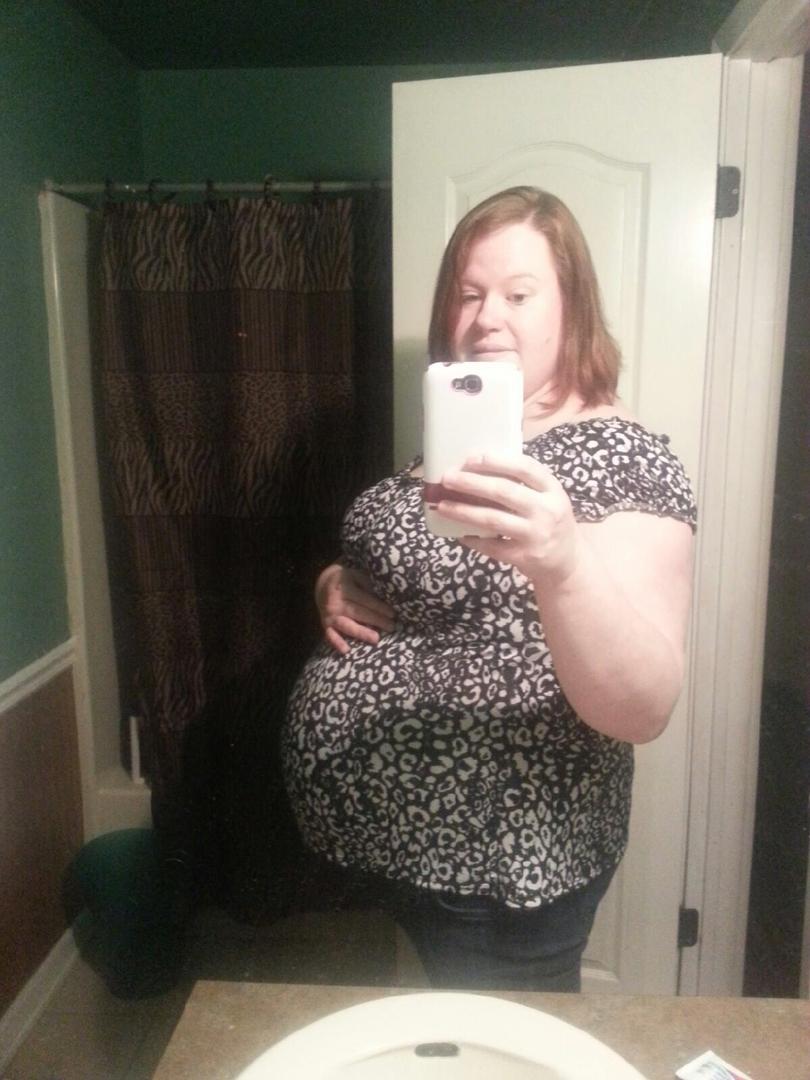 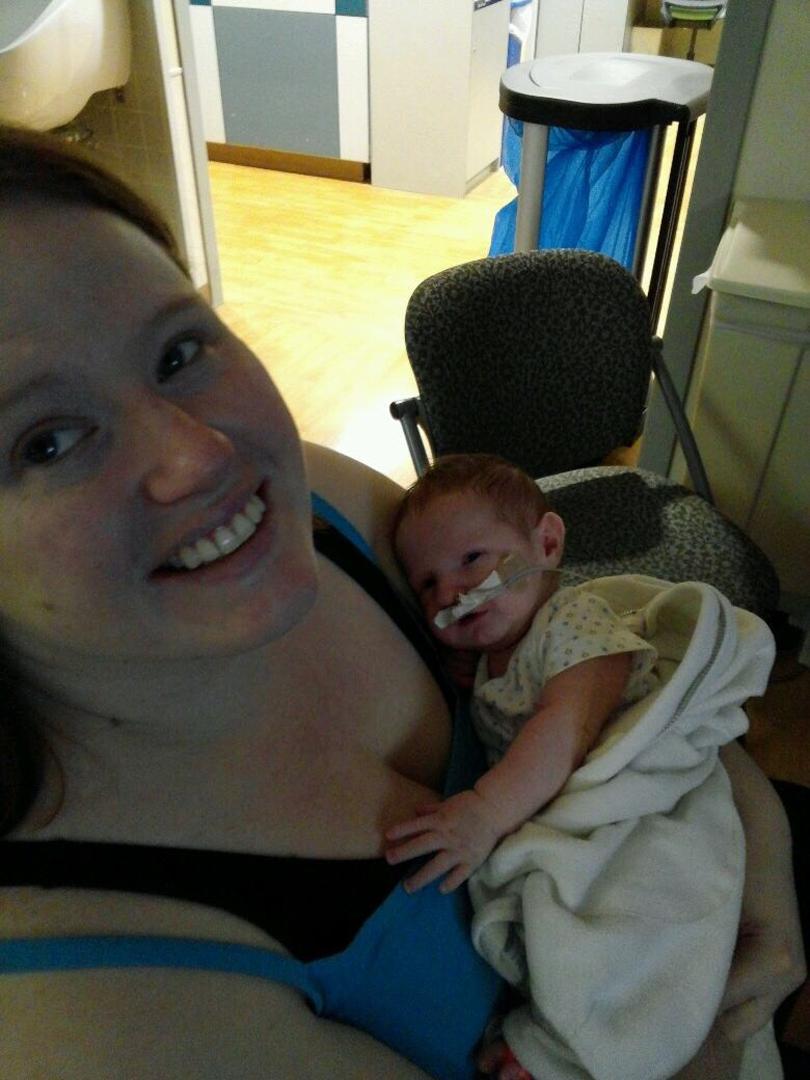 “Before I knew it, I was lying in the operating room having my stomach ripped open.

“It was such a race against the clock that they didn’t even have time to anaesthetise me, so I was awake as they cut my Caesarean stitching open again and cut the rotting flesh away.

“It was by far the worst pain of my life.

“The surgeons knew that if they waited any longer I was going to die because of this thing. It felt as though someone was ripping my insides out.

“The stench was so horrendous that surgeons were having to leave the theatre to be sick. It smelled like death.” 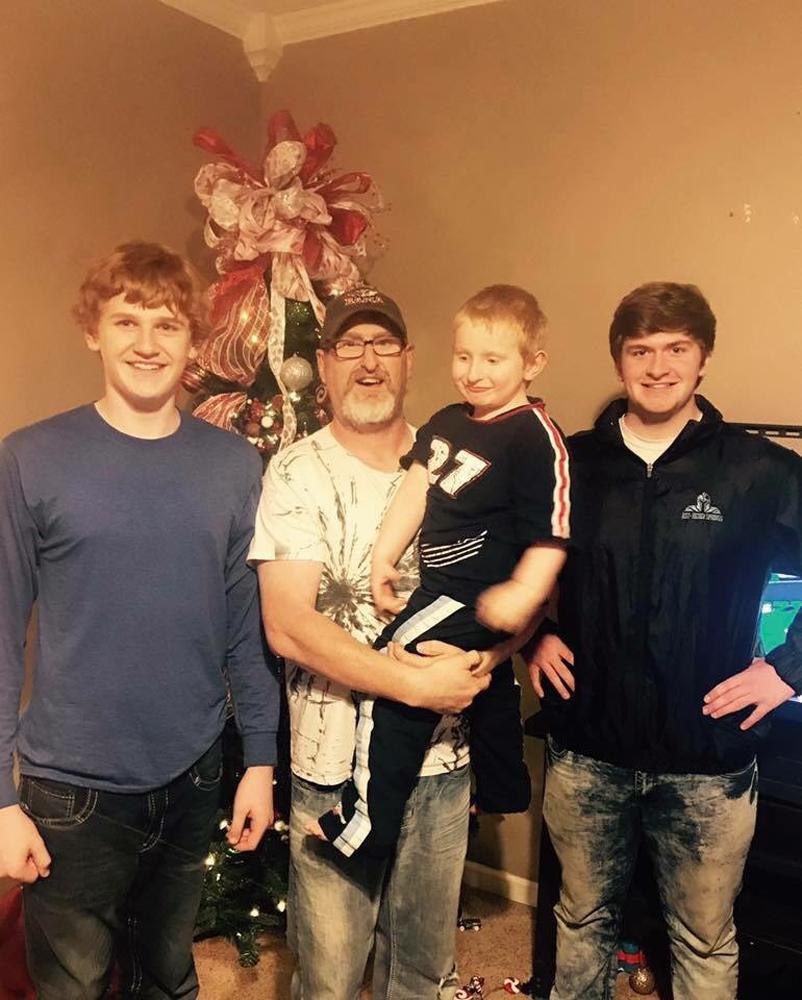 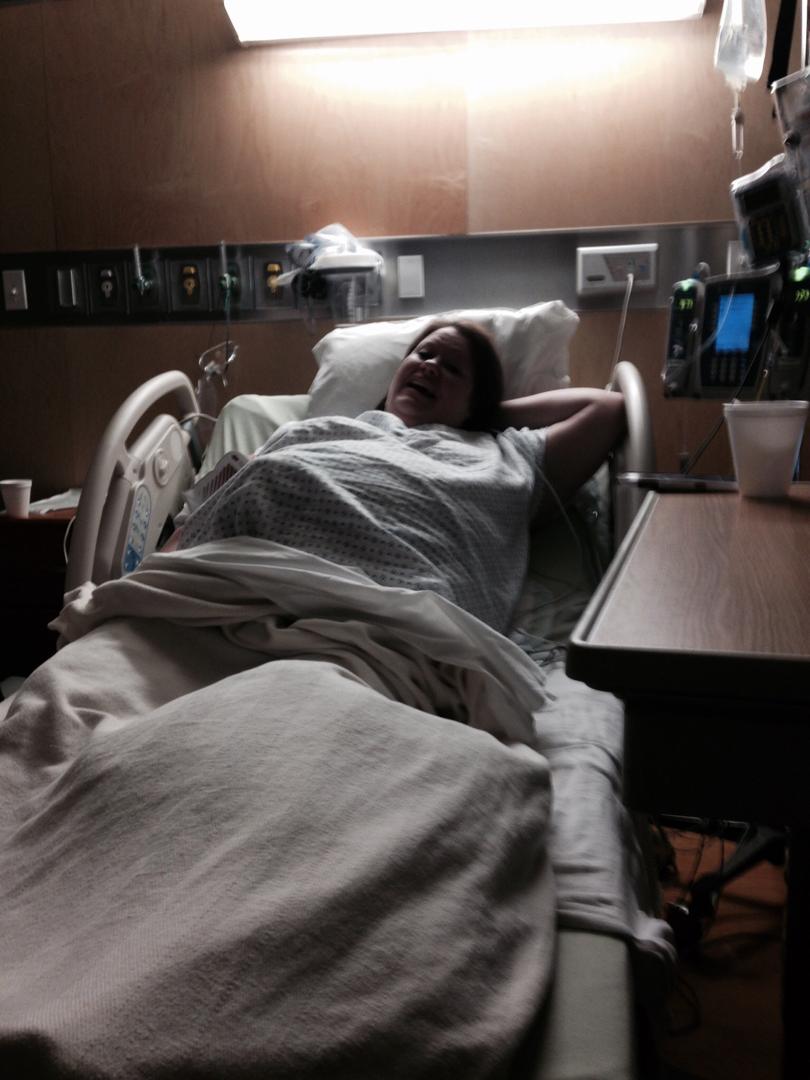 After two more operations over the next two days, doctors were able to save Ashley’s life, but her entire lower abdominal muscle wall had to be cut out and replaced with a pig skin mesh to hold her organs in place.

Following 10 hours in surgery, she was put into an induced coma to protect her organs, which had started shutting down as the bug took hold.

When she woke up six days later, she did not recognise her husband and could not remember giving birth.

But, with her memories returning after a week, Ashley formed a special bond with her newborn, explaining: “Jude and I have this connection that comes from the very difficult passage he had into the world.”

“Once I had recovered enough to start taking care of him myself, I instantly became very protective of him, much more so than I am with my other children.

“He was without a mother when he really needed it in the first few weeks of his life and I feel like we went through a hell of a lot together – that really creates a closeness.”

While Ashley recovered, spending three weeks in hospital, Jude was cared for by his dad and grandparents.

Meanwhile, her memories of the nightmare ordeal returned.

“It was surreal, completely surreal to think that I had had this horrible thing inside me, eating away at my flesh, and that I had been so close to dying,” she said.

“I wanted to get myself better as soon as I could, so that I could be a mum to Jude and take care of him when he really needed me. That’s what kept me going.”

Four years on Jude is a healthy little boy, but Ashley’s road to recovery has been a tough one, leaving her unable to work because of constant pain and swelling in her lower abdomen.

“I find it very difficult to stand up for long periods of time because my belly very quickly begins to bulge and become agonising,” she explained.

“I’m also covered in scarring, which really used to upset me.

“Now, though, I have come to terms with it and with everything that happened to me.

“I’m not looking for pity or attention, but I really do feel proud that I survived this terrible ordeal.

“It is amazing what the human body can overcome, and now I’m just set on living as long as I can and being the best mother I can be to my kids.”