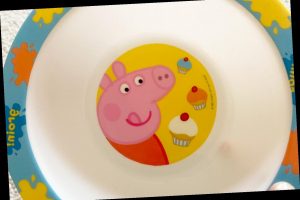 A MUM was left red-faced after the Peppa Pig plate she ordered for her toddler turned out to be much ruder than she had expected.

Maggy Van Eijk, an author and mum, shared a snap of the plastic plate that had arrived in the post on Twitter. 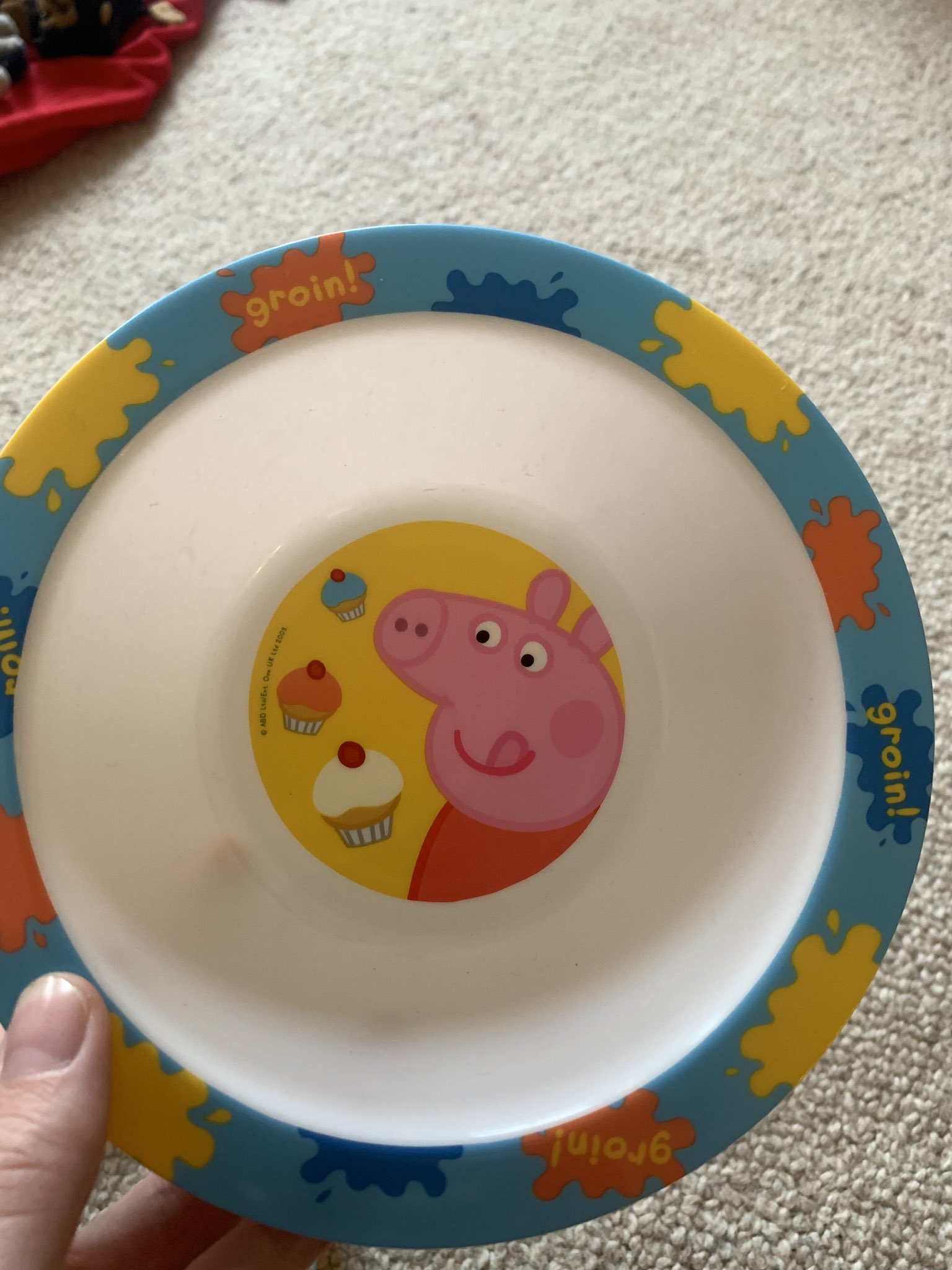 What Maggy hadn’t realised was that she had accidentally purchased a French version of the melamine, which was printed with a rather unfortunate word.

Captioning her post she wrote: “My kid just unwrapped her new peppa dinner set and I accidentally ordered a French version and now it says groin groin groin all over the plates and cup ffs.”

Groin translates to “snout” in French, and when said with a French accent sounds very much like an "oink."

Her blunder left fellow Twitter users in hysterics with her tweet garnering almost 12,000 likes and thousands of comments from her tickled followers.

Commenting one wrote: “Living in France at present I find this hilarious. A child’s first chance to understand there are many different languages !!!”

“This is such a Daddy Pig move” joked another, while a third wrote, “Sorry I should not laugh. But you have brightened up my day.”

In other parenting fails, this mum begged for help with her son's maths homework, and even a professor couldn't solve it – can you?

And this mum who was told twice that she was having a girl gave birth to a baby boy.

Plus this mum forgot she was covered in fake tan while breast feeding her baby and left him with an orange beard.

END_OF_DOCUMENT_TOKEN_TO_BE_REPLACED

END_OF_DOCUMENT_TOKEN_TO_BE_REPLACED
We and our partners use cookies on this site to improve our service, perform analytics, personalize advertising, measure advertising performance, and remember website preferences.Ok