A MUM spent hours covering her kitchen in wrapping paper as a Christmas prank – and blamed the Elf on the Shelf. 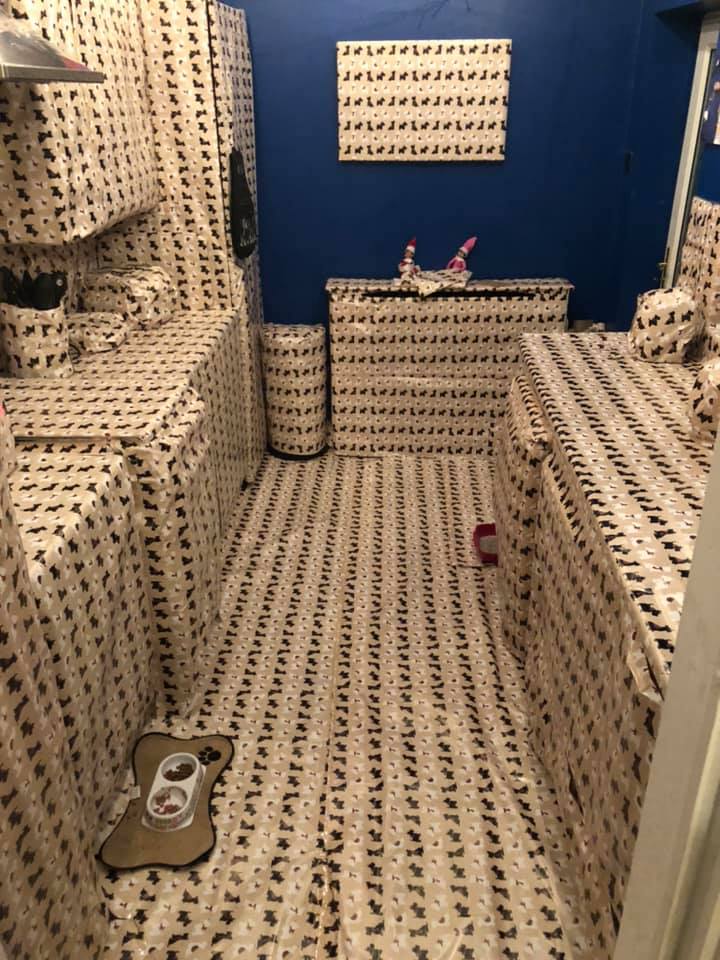 The mammoth job took her three-and-a-half hours to finish, as she wrapped up her appliances, floor and even the fridge.

But she left the cat bowl, mat and litter tray untouched so her feline friend wouldn’t be put out.

At the end of the room she left two elves, looking over their handiwork.

Despite the project taking up a lot of time, she revealed it cost her less than a fiver, as she bought the 12-metre long rolls for £1 each from Home Bargains.

Sharing snaps of the transformation to Facebook group Elf on the Shelf 2019, she said: “May have slightly under-estimated how long this would take. 3.5 hours!!!!!!!!

“(And yes I know that’s massively OTT but once I started I had to keep going!!)”

Her post has racked up more than 1,500 likes as people praised her dedication.

Another commented: “That’s straight dedication! Most days I’m moving my daughters elf at 5am right before she wakes up.” 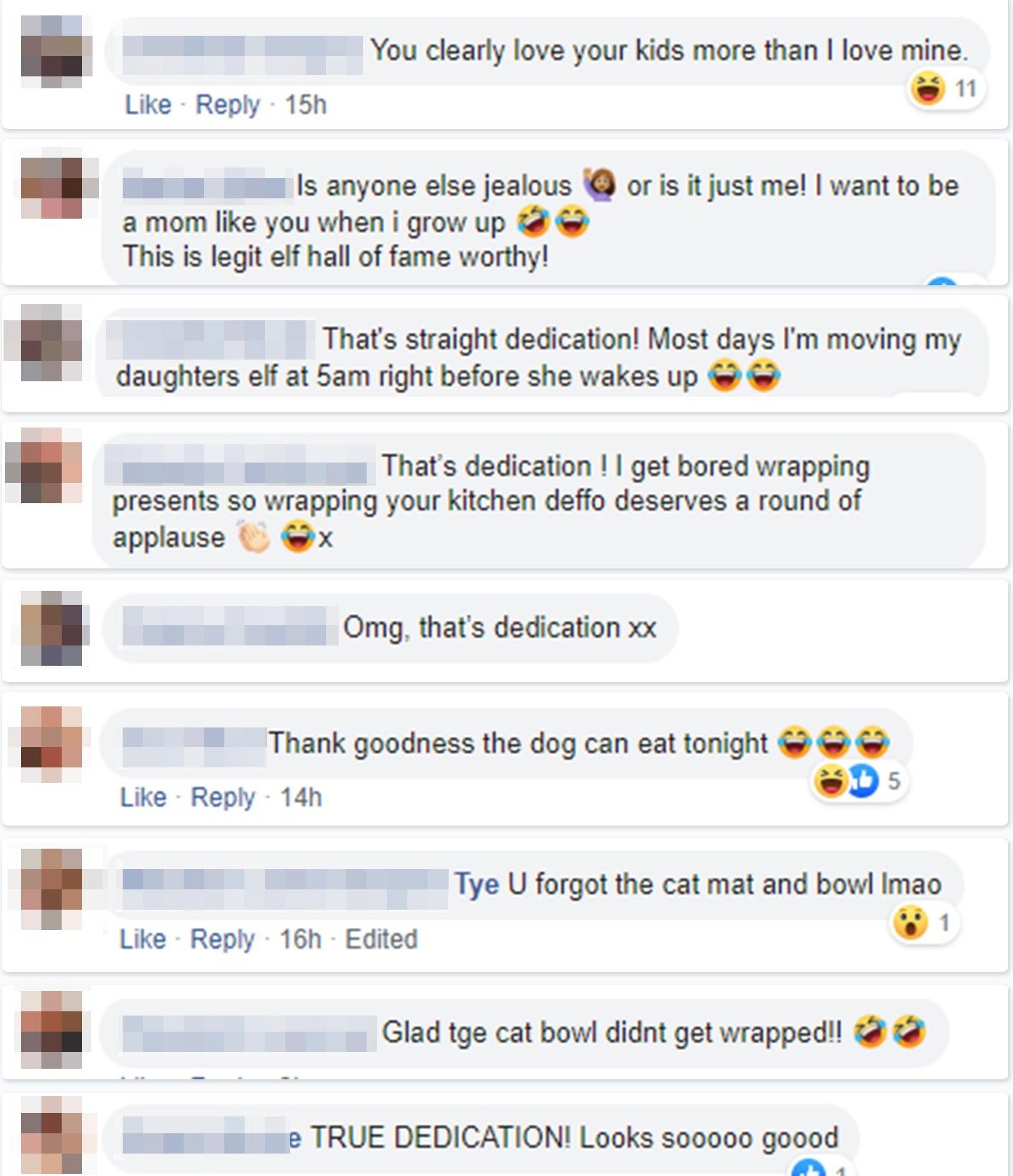 A third added: “Is anyone else jealous or is it just me! I want to be a mom like you when I grow up.

“This is legit elf hall of fame worthy!”

Another agreed, posting: “That’s dedication ! I get bored wrapping presents so wrapping your kitchen deffo deserves a round of applause.”

And a few people noted the food bowls were left untouched, with one person saying: “Glad the cat bowl didn’t get wrapped!!”

Someone else wrote: “Thank goodness the dog can eat tonight.”

Meanwhile this mum played a dark prank by pretending the Elf on the Shelf was dead by recreating an elf out of chicken bones.

And this mum filled her entire bath with hot chocolate and marshmallows for epic Elf On The shelf prank.

Plus another parent switched her daughter’s pyjamas in her sleep and blamed in on the naughty elves.