Sacha Pugsley, from Cardiff, was just nine years old when she got burnt – and has gone under the knife more than 60 times to rebuild her body. 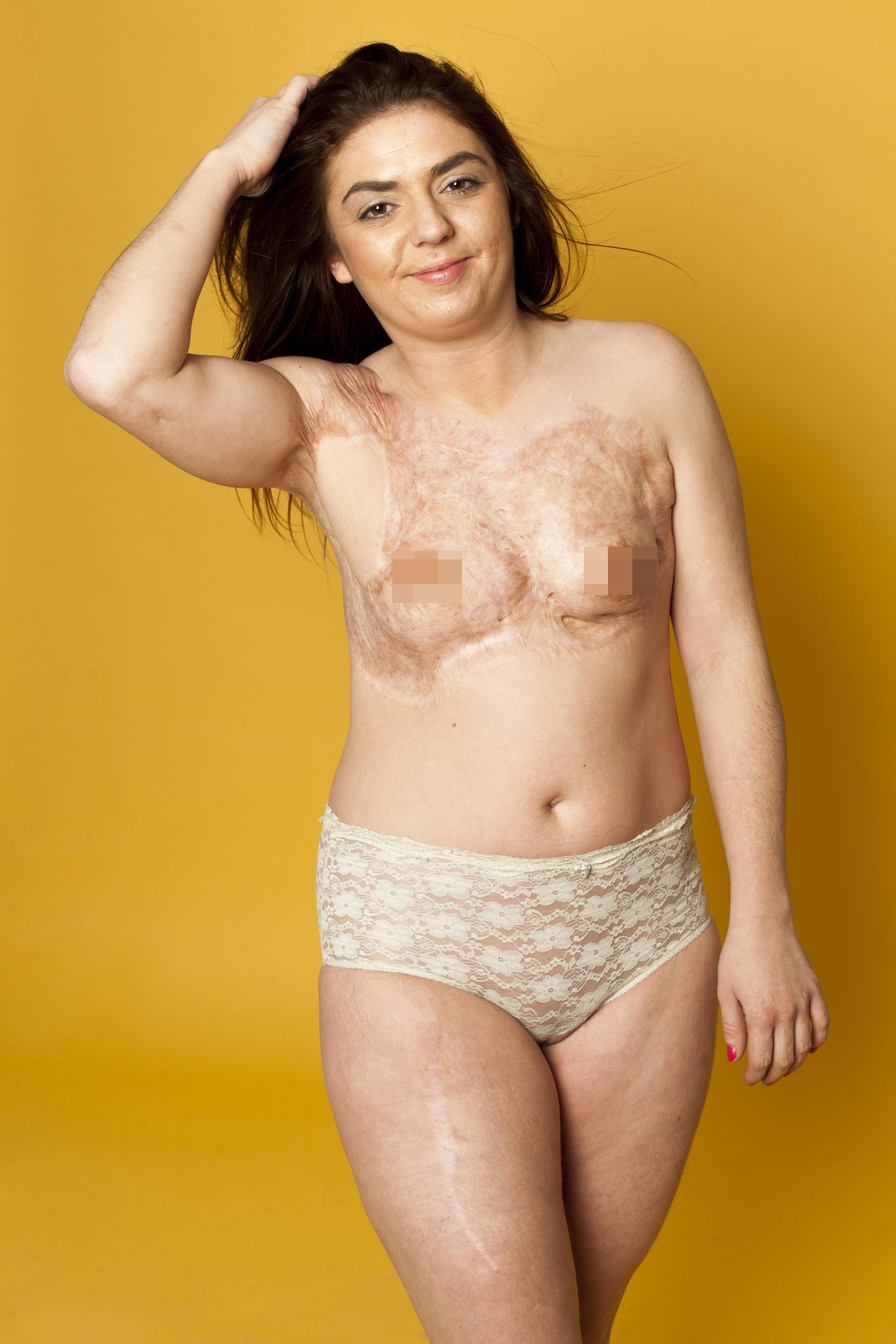 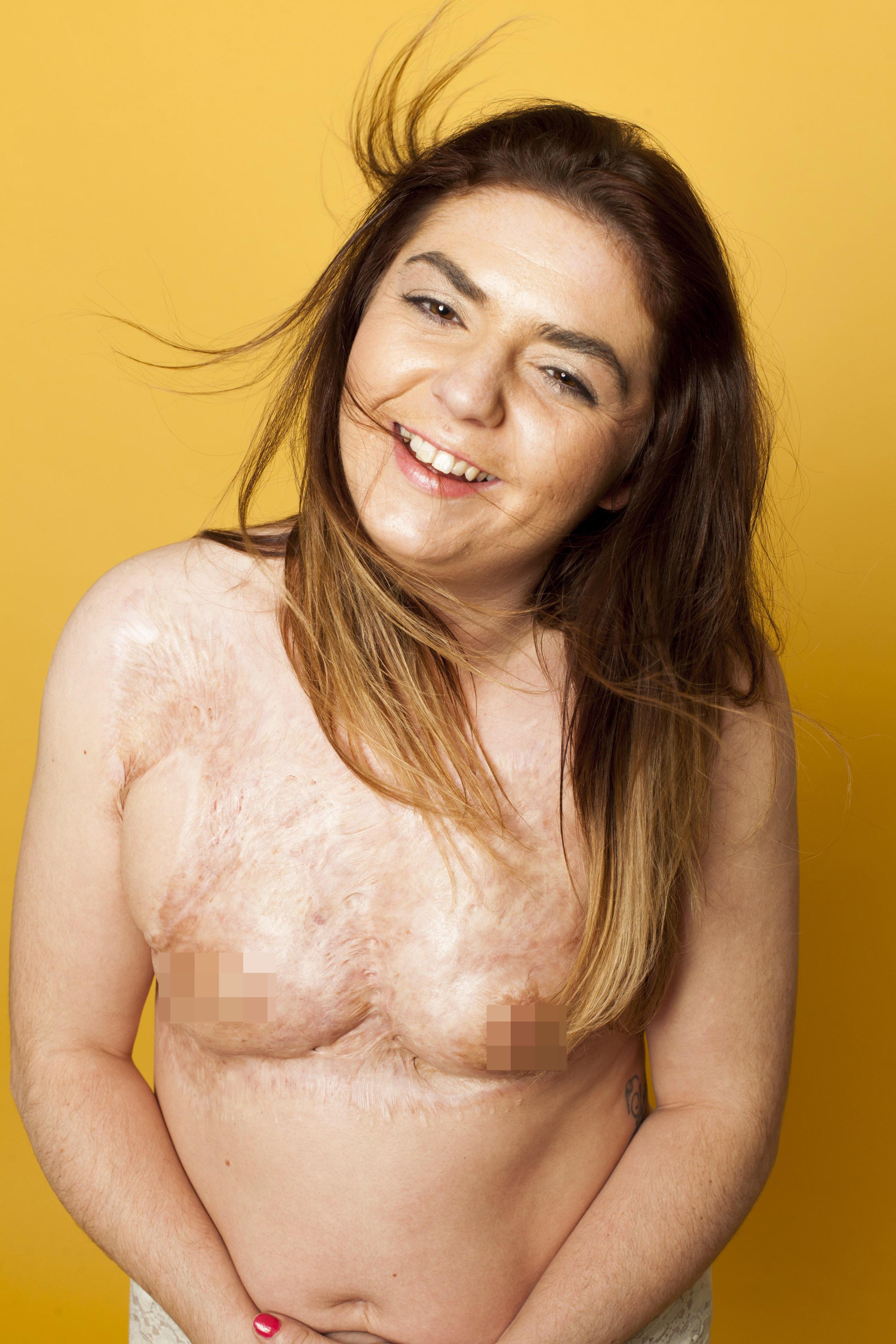 The accident damaged the 28-year-old mum-of-one's breast tissue and skin, and now she's bravely been photographed topless for the first time.

Sacha, who's mum to Lucien-Cruz, five, said: “At the age of 16 I was told I wouldn’t grow any boobs like all the other girls around me because I was burnt so badly on my chest.

“It was difficult growing up as I felt so isolated and self conscious of the burns I’d suffered as a child.

“There was a field near where I lived and I was going out to play – I was literally in the wrong place at the wrong time. 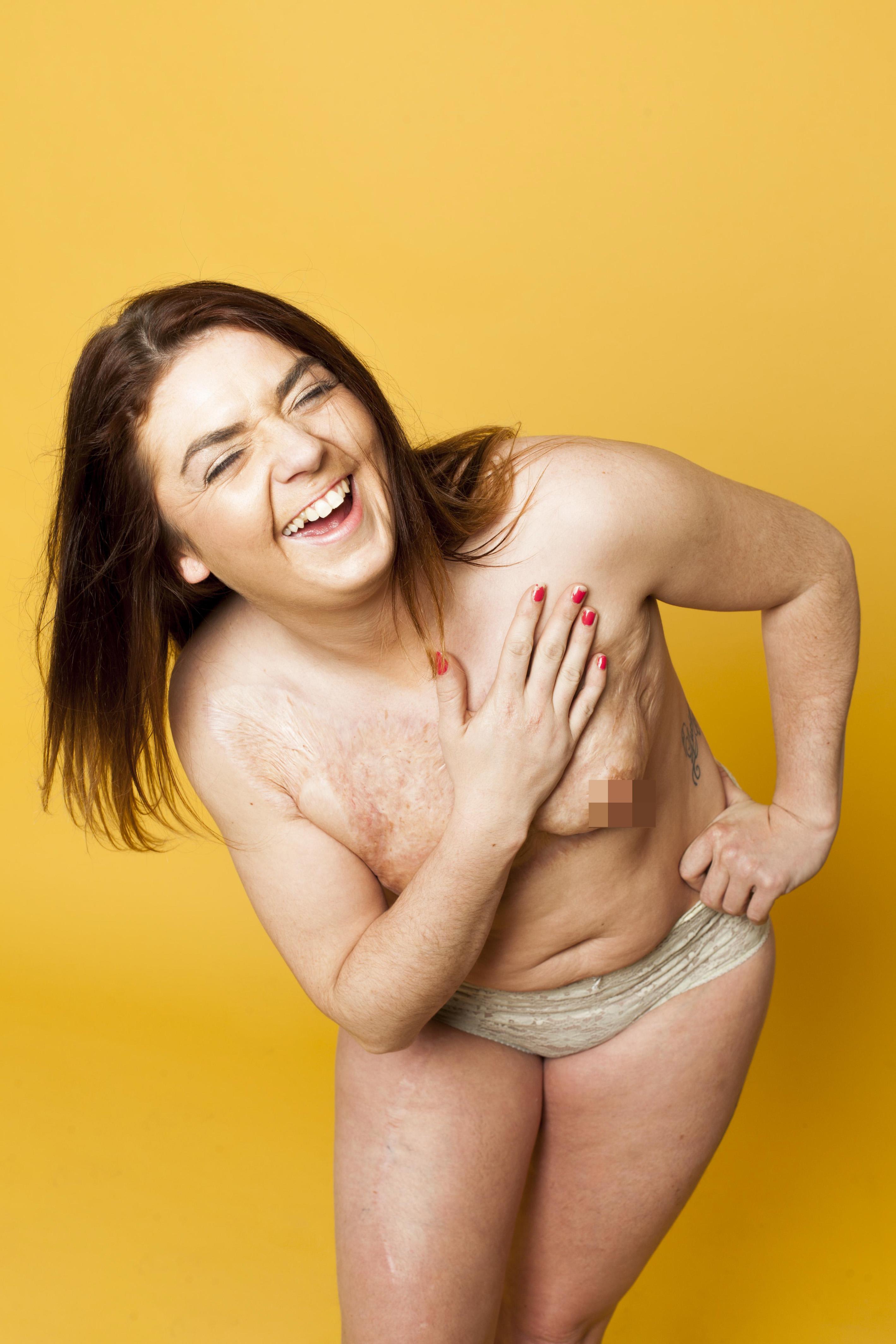 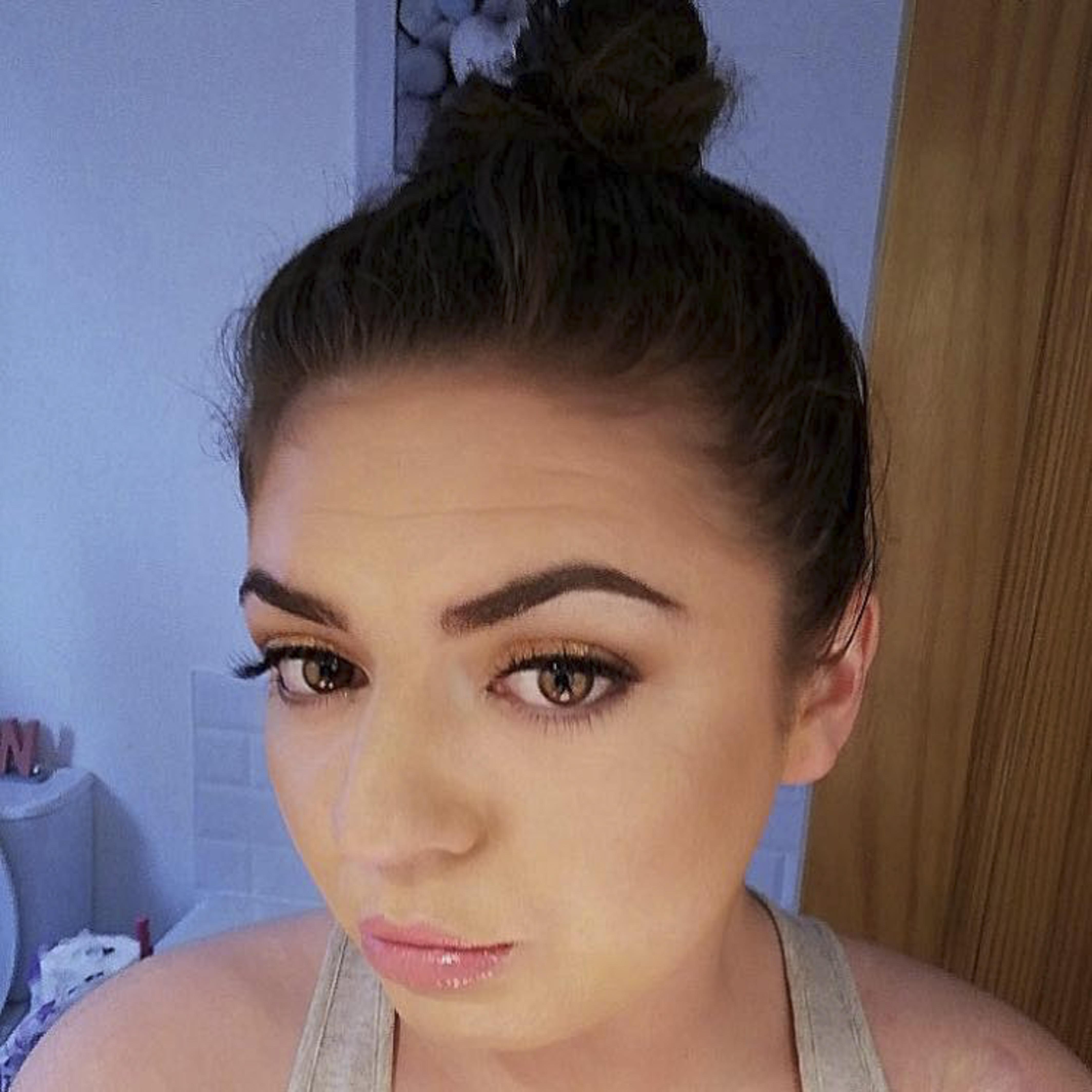 “Some kids were messing around with lighter fluid and a petrol canister exploded on me.

“I had to have my armpits rebuilt as the heat caused my skin melt so my arms and sides bonded together.

“My hands burnt to the bone as well – I woke up during one my surgeries and saw it all, it was horrible."

After being told she wouldn't grow breasts naturally, Sacha had three lots of liposuction to remove fat from her back and have it inserted into her chest, to give the appearance of boobs.

Sacha, who volunteers at a local homeless centre, hasn't had any surgery since she was 20 – and says she's finally learnt to love her scars since becoming a mum.

Sacha said: “At around the age of 23 I finally started to feel more confident – I’ve always tried to help other people with my story and my scars, but never properly shown them until now.

“My scars of evidence of my struggle and I wear them with pride, rather than being ashamed.

“I’d been through so much trauma that I decided to put an end to surgery. 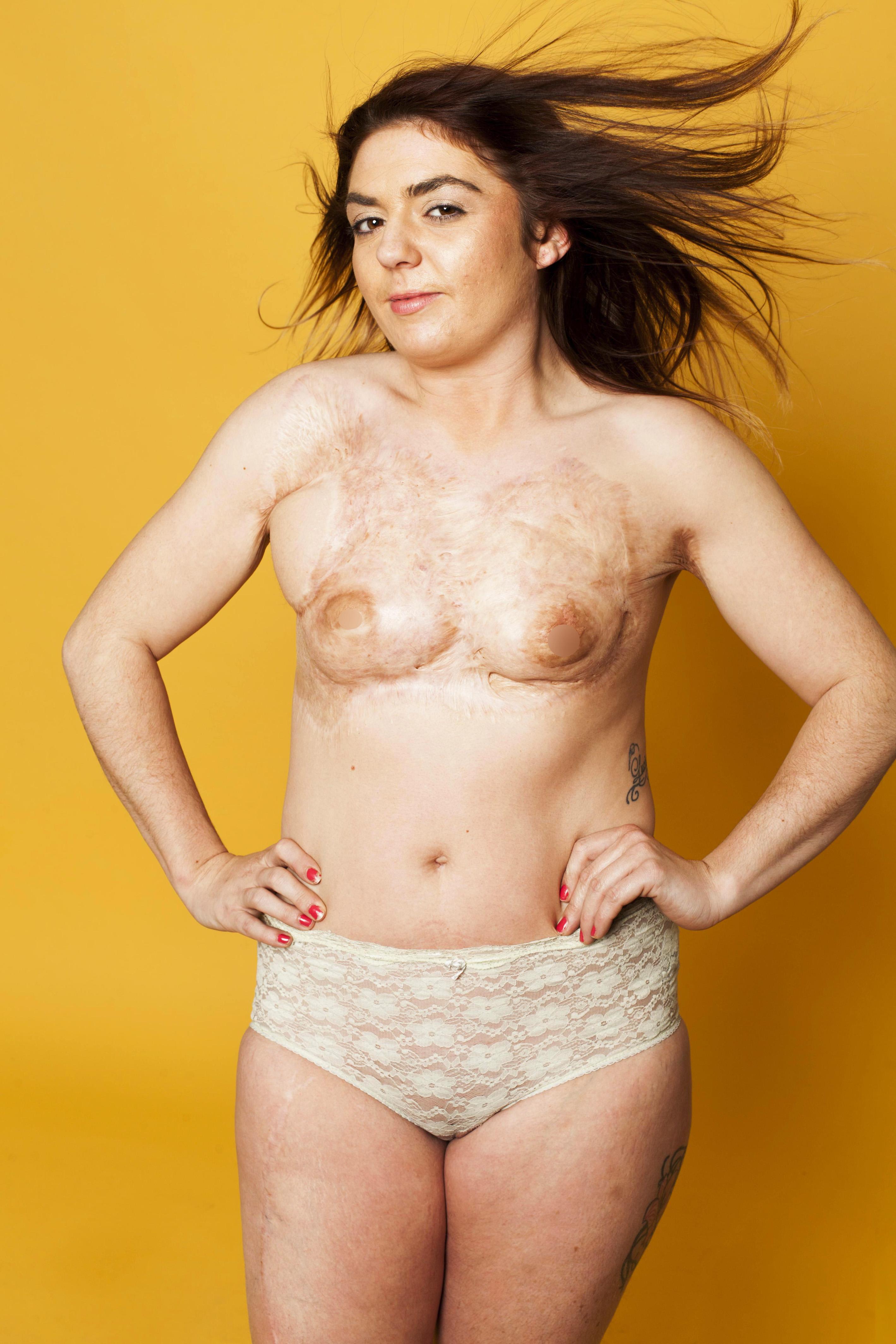 “When I had my little boy, Lucien-Cruz, who’s five now, my perceptions of life totally changed.

“Having a baby changed my life for the better and I moved to a nicer area to give my child a different perspective on life.

“He’s such a happy little character and has a heart of gold – I really want to make a good example to him.

“I shared my photos on my Instagram page and the response has been amazing – I’ve had some many nice, supportive comments."

Sacha is baring all as part of the Behind The Scars project, led by photographer Sophie Mayane, who's been working on it since April 2017.

Sophie said: “The campaign was created to celebrate scars of all shapes and sizes and the incredible stories behind them.

“I’ve photographed more than 300 scar portraits and stories in the hope of encouraging many men, women and children all over the world to embrace the skin they’re in.

“It started off as a small exploration of scars but now it’s developed into an empowering, body positive project.”

Sophie is raising £5,000 so she can continue with the project. You can donate here.