Home » Fashion » My baby was born with 12 fingers, I think it’s so cute but cruel trolls tell me to rip them off 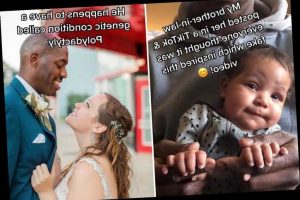 A MUM has revealed her baby was born with 12 fingers – one extra on each hand – with cruel trolls tells her to rip the extras off.

Sarah Maxon revealed her husband has a condition, called polydactly, which he passed on to his baby daughter, seeing her born with extra digits. 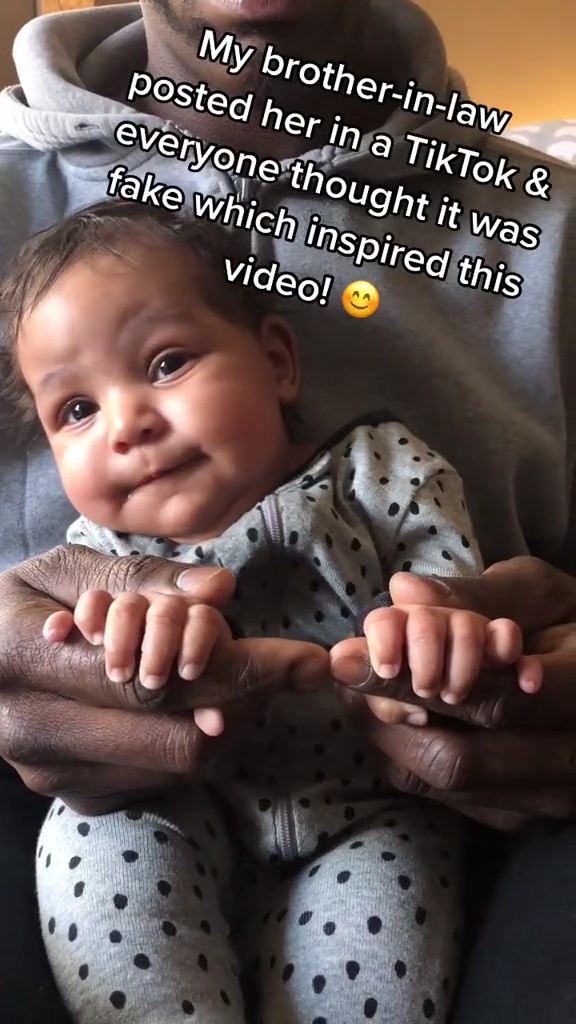 The little girl has an extra pinky finger on the end of each hand – which has a fingernail – connected via a thin piece of tissue.

Sarah shared a clip on TikTok showing her daughter’s hands, after people thought it was a fake.

Sharing their backstory, she said: “So I married this guy, he happens to have a condition called Polydactyly.

“So our baby was born with twelve fingers, an extra on each hand! 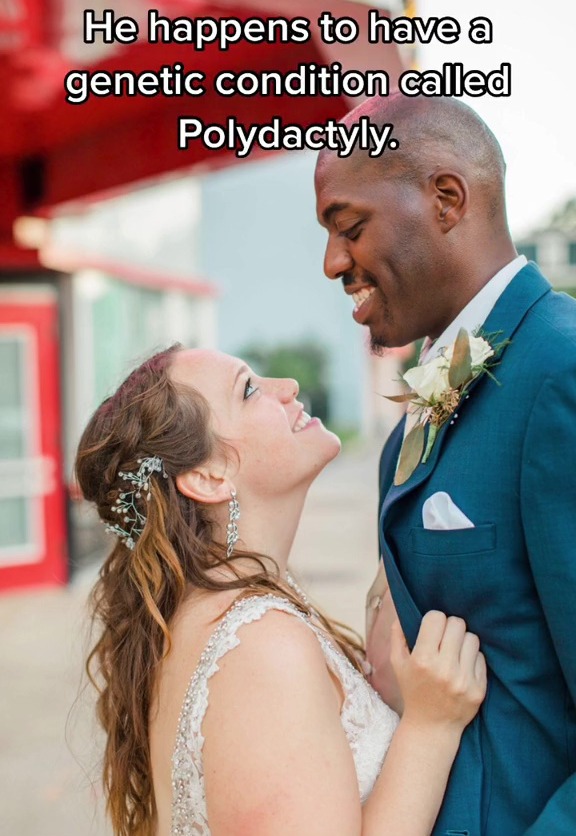 “Complete with a fingernail.

"I love it. We knew the finger was a possibility, but the fingernail surprised us."

When asked if she was scared if would rip, Sarah said: “Not so much that it would fall off, more than it would get caught in things and ripping.

“We’ve gotten more used to it. It used to be terrifying every time we changed her clothes.

“There’s a little tissue which attaches to the digit. 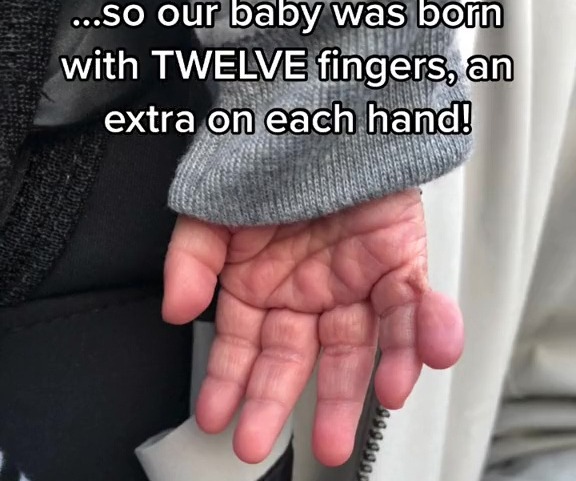 The NHS says: "Ulnar polydactyly or having an additional little finger on one or both hands is very common, especially in certain ethnic groups.

"Usually an additional little finger is inherited, with a 50 per cent or one in two chance of it happening. At other times, it happens spontaneously, without anyone else in the family being previously affected.

"When a child has an additional little finger, there is a 50 per cent or one in two chance of his or her children also being born with one.

"Sometimes the extra finger is well formed, but more commonly it has a narrow base or stalk and is floppy.

"The place where the extra finger joins the hand might be bony or it could just be a soft stalk."

“My brother-in-law posted her in a TikTok & everyone thought it was fake which inspired this video.”

Sarah revealed as she got older her daughter was beginning to chew her hands – but luckily she hadn’t caught the extra fingers.

The mum said: “She’s just starting to notice her hands… she’s doing a lot of chewing on her hands, but always thumb side luckily!” 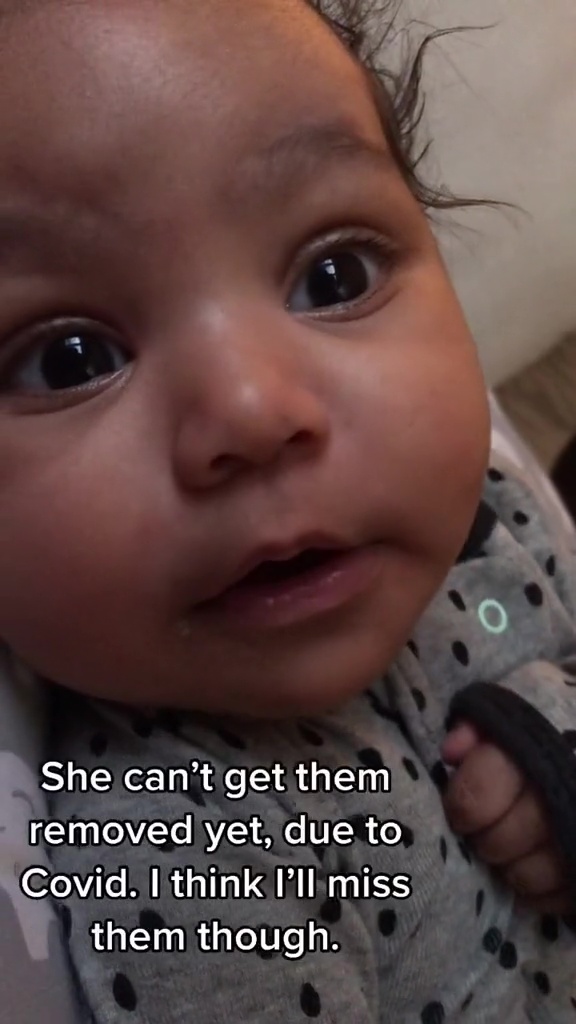 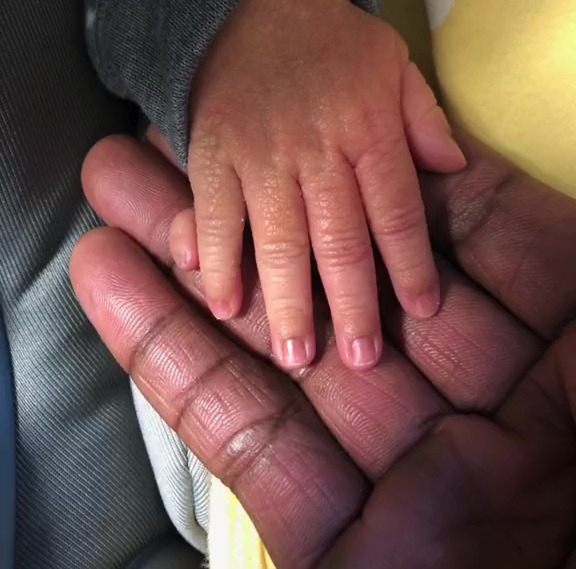 Sarah revealed they plan on having the digits removed, but the surgery has been delayed due to the pandemic.

The mum continued: “We can’t get the removed yet, due to Covid. Think I’ll miss them though.

“She will have them removed surgically. Normally that happens at three months, but we’re waiting for non-emergent surgeries to be allowed again. 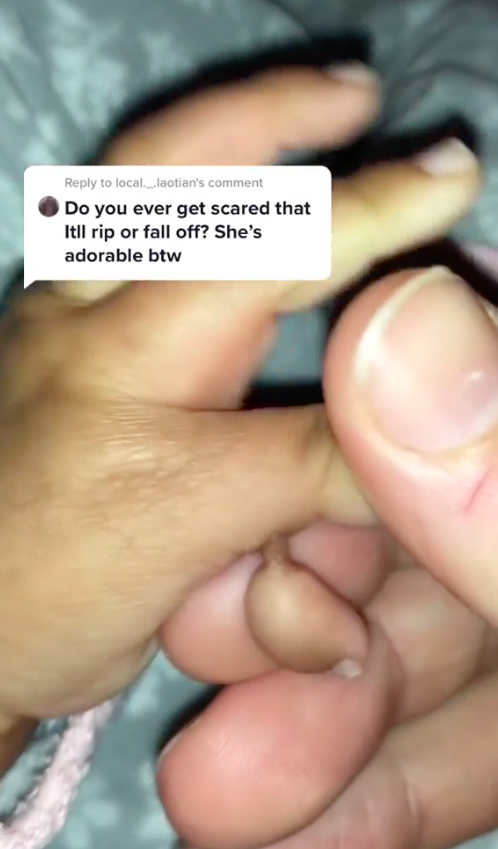 “My husband already asked if we can keep them and the doctor said no.”

She claimed it will be a fairly straightforward procedure, as the finger doesn’t have any bone, adding: “Which means the surgery can be done by a pediatric surgeon and orthopedics doesn’t need to be involved.”

Sharing snaps of her beautiful daughter online, Sarah said: “All the more fingers to count her blessings.” 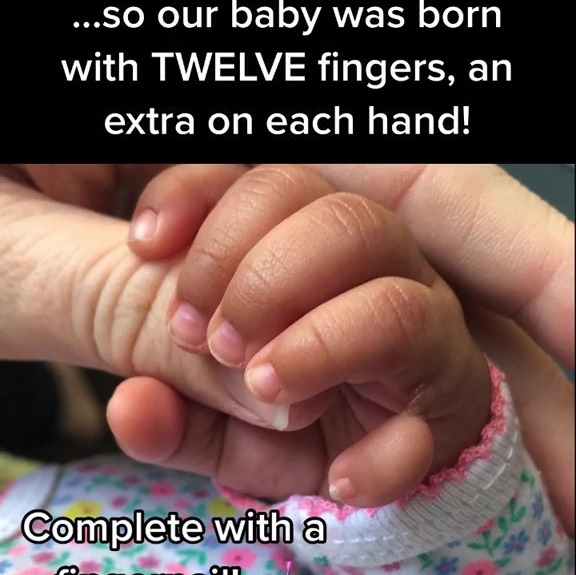 Her videos explaining the condition have racked up millions of views, but cruel trolls told Sarah to rip the extra fingers off.

Commenting online, one person wrote: "If I had that, I would cut it off."

Another said: "Just rip it off would be better."

While a third thought: "No… that thing hanging on for dear life."

While this person added: "Pls help your daughter out for her future and cut it."

Not everyone thought the digit should be removed, as one woman said: "Okay but it's kinda cute."

To which Sarah replied: "I thought I'd be the only one that thought so."

Meanwhile this mum revealed she let her child pick their own gender – and called them 'they' until they decided.

In other news a head lice experts share the worst case they’ve EVER seen as hundreds of wriggling bugs comb out of hair with one brush.

While this kids’ sleep calculator works out what time your children should go to bed every night.