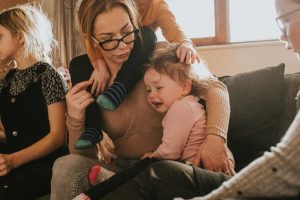 A MUM has revealed her frustration at having to look after her brother-in-law’s kids – despite him fighting for full custody of them.

The upset woman took to Mumsnet and said she was at her “complete wit's end”. 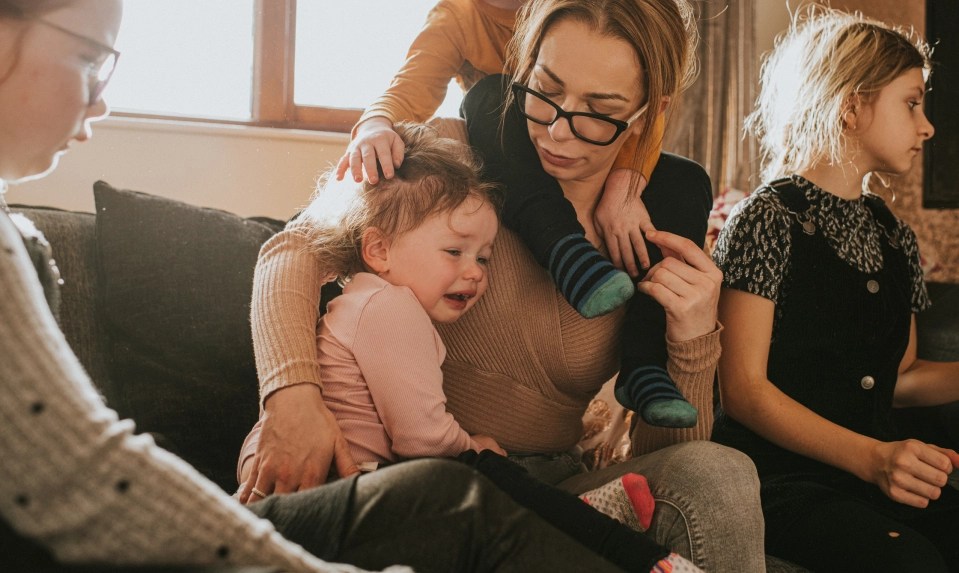 She said: “I'm so fed up and no one seems to see my side of it and I'm being expected to 'do it for the family'."

The woman said her brother-in-law and his former partner had split up four years ago and decided to co-parent.

However, things turned a bit “toxic” as the ex-partner had some “issues”, resulting in the brother-in-law being awarded “full custody”.

The Mumsnet user explained: "She sees the kids once a month supervised by her parents.

“She wants more contact, he doesn't want her to, so if he ever needs someone to look after the kids he doesn't approach her or her family, wants to look like he can cope so he relies on us a lot.

"The issue is I'm the only one in his family that is home a lot, as I am a stay at home mum to a very young child and have another on the way.

"His kids are here all the time, three days a week he drops them off at 8 and I give them breakfast and do the school run with them and my child on the bus (I share a car with husband and he needs it for work).

January 27: A money moon can spark extravagance but you stay in control

“I have to go back on the bus to pick them up and bring them back to my house with me, he picks them up around half 5.

"That may not sound too bad, but he works weekends so I get a break the two days a week he is off but on the weekends I have his kids two weekends in a row, then one weekend off.

“From breakfast until dinner!"

The busy mum said it has been hard to speak to her brother-in-law about how demanding the childcare has been.

She said: "A few times I've messaged to say I can't, and I just get comments like, 'When I went to court everybody said they would help me', it's not my bloody problem that you fought for more custody than you can manage!

"He did some rota for court to show how he will manage school picks up etc and we were all delegated but the brunt of it all has fallen to me.

"I have tried speaking to dh [darling husband] and he says this is what you do for family.

“The first six months of this arrangement I just sucked it up, but their mother is desperate to see them more and he deprived her because of her mental issues, she's depressed because she has lost her kids."

His kids are here all the time, three days a week he drops them off at 8 and I give them breakfast and do the school run with them and my child on the bus.

The Mumsnet user said the ex-partner is “not a bad person” and she “loves those boys.”

She continued: "I'm just at my wit's end, I feel so guilty to their mum that she's missing them and I'm here feeling like I've gained two new children I didn't ask for.

"I love my nephews but I am not their mother, I didn't fight for custody of them, so why am I looking after them?

“Why when I complain am I just told I have to help because he only went for full custody because he had family support?

“I care about my nephews but I am not happy in this set-up and feel I'm being made out to be evil when I say so.

“I'm exhausted and I'm just done with it. I want to enjoy some time with just my kids!

“It's all gone on for nearly two years now, I still juggled them around my firstborn, I'm not doing it with my second.

"There's never any thanks, never any money towards the bus fares and the food and drink they have here, never any contribution to anything despite them being in my house almost every weekend using my electric on their games consoles and eating my food.

“I just feel like I have been more than fair but I'm being walked all over at this point. Just grief if I ever say no. A few times I've said no and he's dropped them off anyway.”

One said: "The free ride basically needs to end he can arrange his own childcare and pay for it like every other single working parent.”

Another said: "I think a lot of men who insist on full custody have no idea how they're going to cope and have no intention of doing it alone.

"Their poor mother – I'm sure she would jump at the chance to have the children those weekends at least. It's appalling she's not given the chance to do that."

A third commented: "If you're friends with the mum, start arranging meetups in the park or whatever.

“Tell your brother that's what you're doing. He'll either stop bringing them round or she'll have a relationship with her kids."

Meanwhile, a woman said her daughter is a teen mum andshe won’t help her with childcare on weekends.

For more parenting stories, a woman revealed she is a pregnant mum-of-three at 19 and doesn't understand why women wait to have kids until their 30s.

And a pregnant woman said she loves drinking cans of Monster but it doesn’t make her a bad mum.