Home » Fashion » My girl was born weighing 4lb & 2,500k miles from home after my waters broke 6 weeks early on my Tenerife holiday 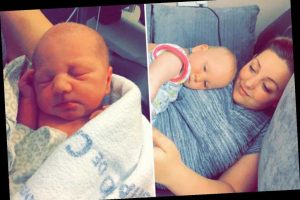 A FIRST-TIME mum unexpectedly gave birth on holiday in Tenerife – after her waters broke at just 31 weeks.

Bethany Martin, 23, decided to have one final holiday in July 2018, before her little girl was due on 4 September. 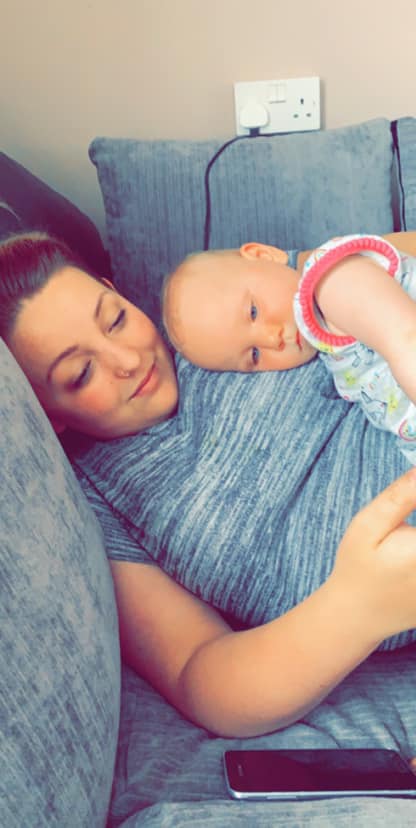 She was deemed fit to fly by her doctor and jetted to Tenerife, Spain, with her mum, Jo Morris, 50.

The full-time waitress enjoyed the first six days of her 10-day break at Hotel Jardin Tropical, on the holiday island.

But, on day seven, her waters broke and Bethany was unable to fly back to the UK.

She had her daughter, Thia, naturally at 8.30am on July 27 at Hospital Universitario Nuestra Señora de Candelaria, Tenerife. 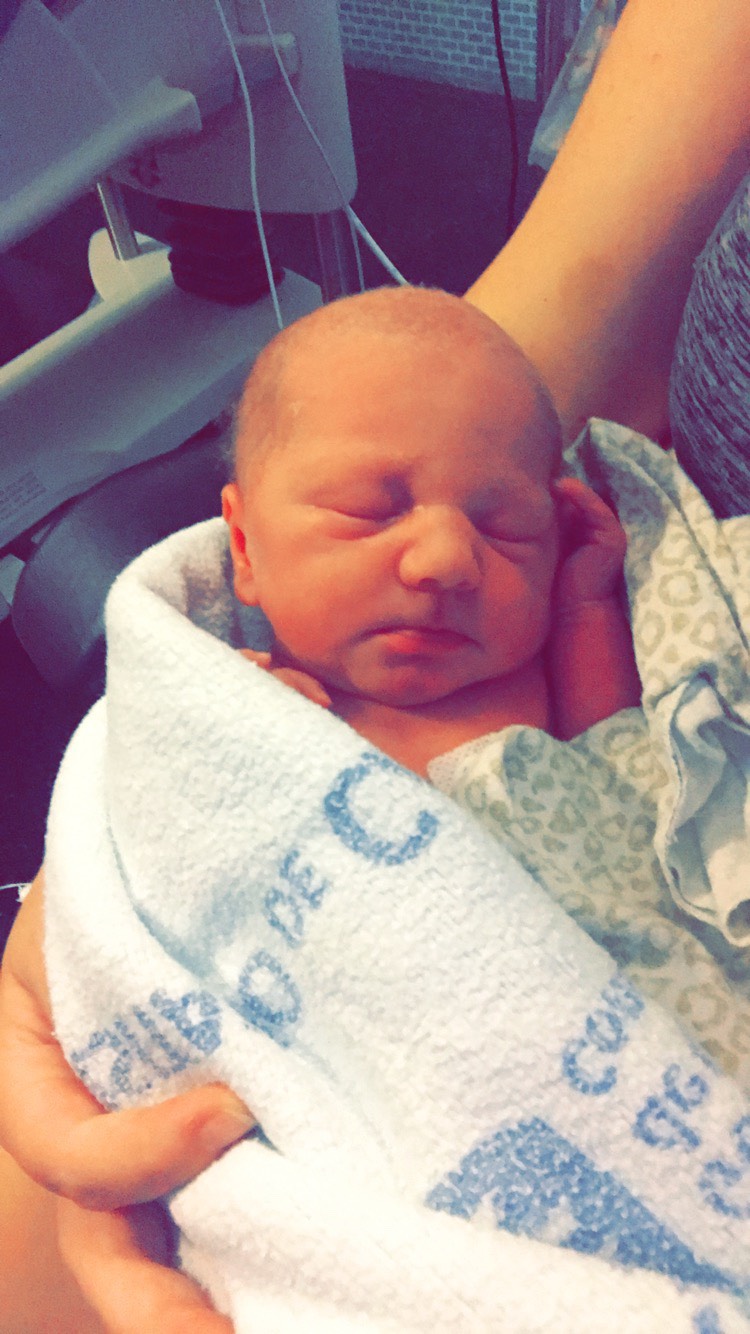 The girl – who weighed 4lb  4oz – was born with a Spanish birth certificate and her father Matthew Walden, 29, a hospitality worker, missed her arrival as he didn't hold a passport and was unable to fly out.

Thia spent seven days in intensive care – after being born nine weeks prematurely, and she was unable to go home to the UK until she was three weeks old.

Eventually on August 11 the little girl landed on British soil, after being granted an emergency passport for 24 hours from the British embassy – where her dad Matthew was waiting for her at Stansted airport.

Bethany, from Ludlow, Shropshire said: “I really wasn’t expecting to give birth abroad.

“When my waters broke, I thought the baby was just on my bladder and that I'd wet myself." 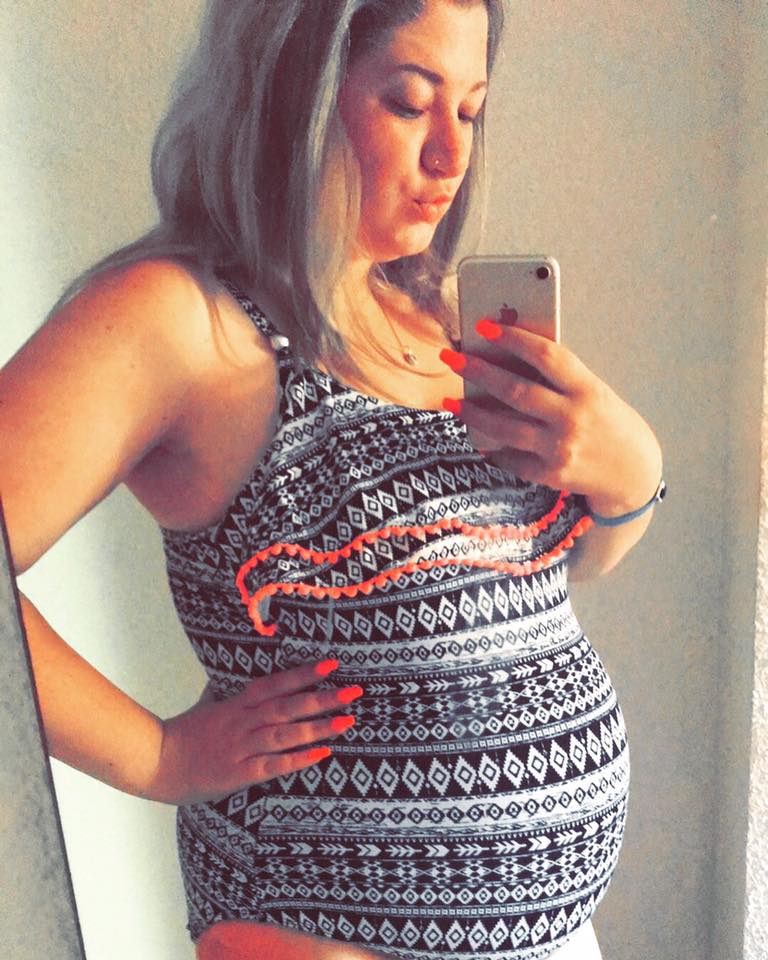 She continued: "I had gone for dinner and sat down on a chair for half an hour, and when I stood up, it was like a swimming pool had leaked out of me.

“This was my first pregnancy, so I had no idea what to expect.

“One minute I was eating dinner soaking up the sunshine, the next I was in labour.

“When Thia was born I was stunned. I remember holding her in my arms and crying with joy, it had all happened so quickly.

“We didn’t know how to get her home or fly her back to the UK, as the birth wasn’t even planned to happen in Tenerife. It meant her daddy couldn’t be there either to share the special moment.”

Bethany and her partner Matthew were excited when they discovered they were expecting their first child together in September 2018. 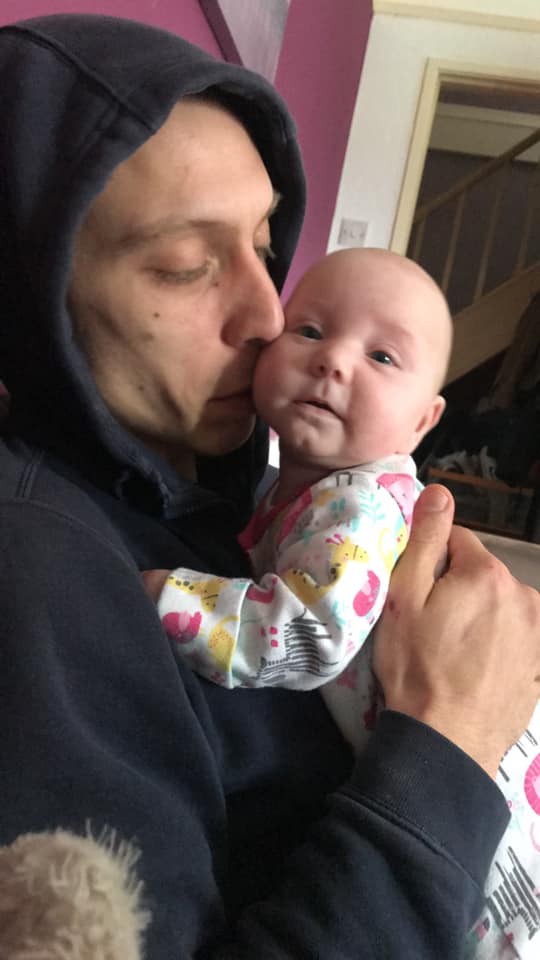 Bethany decided to book a last-minute holiday before their daughter arrived.

Matthew, who stayed home to work and prepare the house for the newborn, was 2,500 miles away.

She sought the approval of doctors before flying to Tenerife on July 5.

She said: "I went with my mum for our last bit of time together before I became a mum and her a grandmother.

"My doctor said it was absolutely fine to fly at 31 weeks – as I was still 9 weeks from my due date."

Bethany enjoyed the first six days of her trip – lounging by the pool, eating out and experiencing no pains at all.

She said: “I didn’t have any indications that I would go into early labour.

"All of my doctor’s appointments were normal and my pregnancy was pretty smooth-sailing." 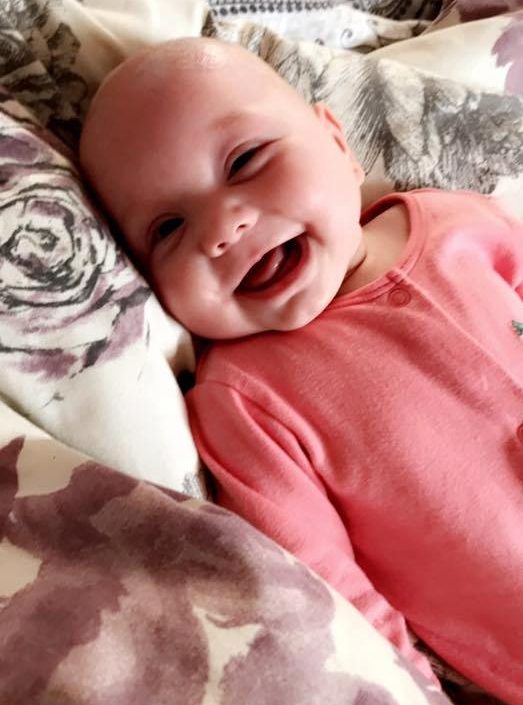 She added: "But mum and I had gone out for dinner and when I stood up at the end of the meal, I looked down at my seat and it looked like the floodgates had opened.

“My mum recognised that my waters had broken, and insisted we drive straight to the hospital.

Terrified at what was going to happen next, doctors confirmed her waters had broken prematurely – at just 31 weeks. 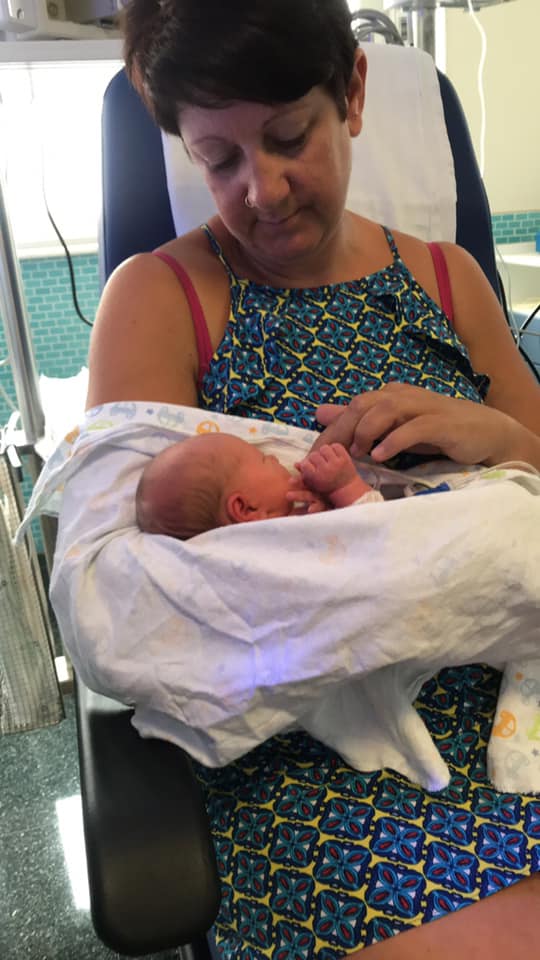 She was transferred to the maternity unit and Bethany was monitored closely by doctors as they managed her labour.

Bethany said: “For three whole days I was in the ward receiving the best care – despite not understanding a word of Spanish.

"We had travel insurance luckily so didn’t rack up any bills. The baby was keen to come out, so the doctors’ wanted me to go straight into labour rather than delaying it.

“My mum called Matthew the moment we got into the hospital and let him know the news. He was so quiet – the shock birth took him by surprise, especially because he had always planned to hold my hand through the birth.” 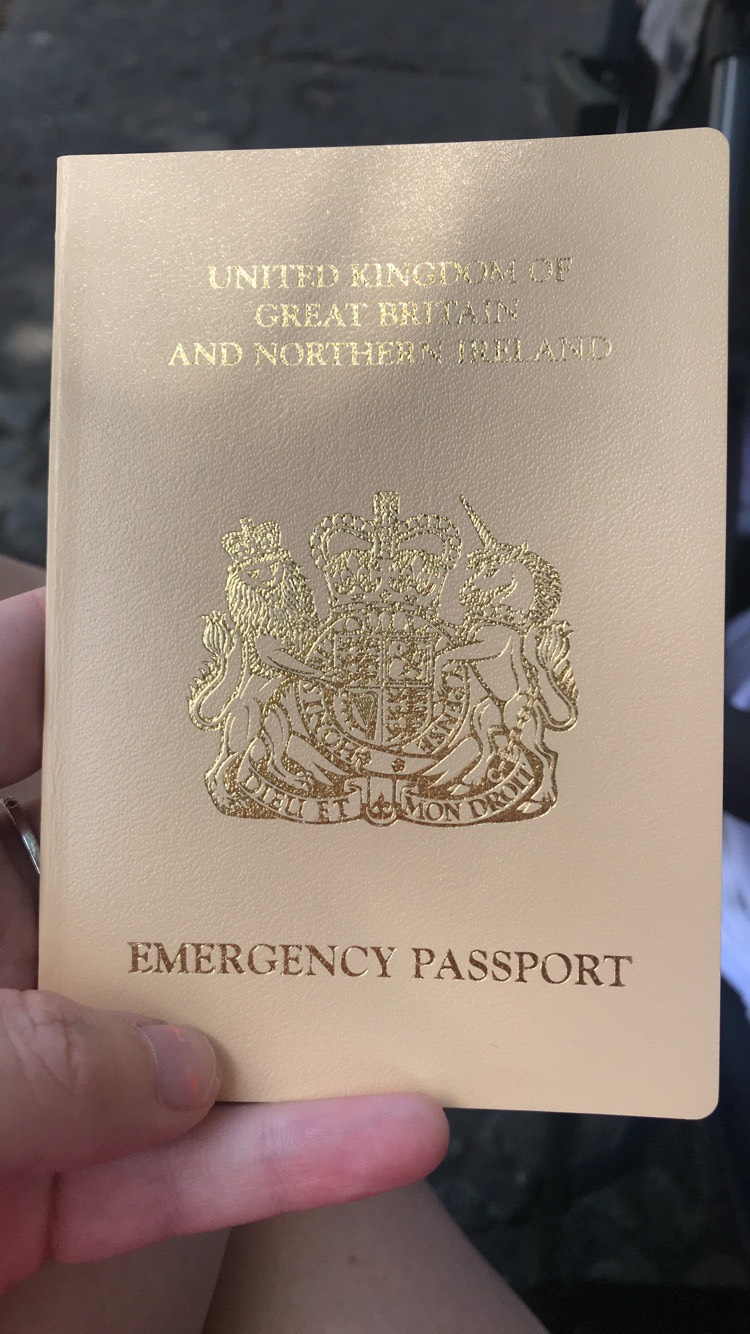 Matthew was stuck in the UK, with no means of getting to Tenerife in time to watch the birth of his first born.

Bethany said: “Matthew had never been abroad or held a passport in his life, so he tried to apply for an emergency one through the British Embassy.

“He was declined as you need to have held a passport before, which was absolutely gutting for both of us.

"I’m so lucky I had my mum by my side so I wasn't completely alone.”

As soon as she was born, doctors rushed Thia to the neonatal intensive care unit where she was incubated. 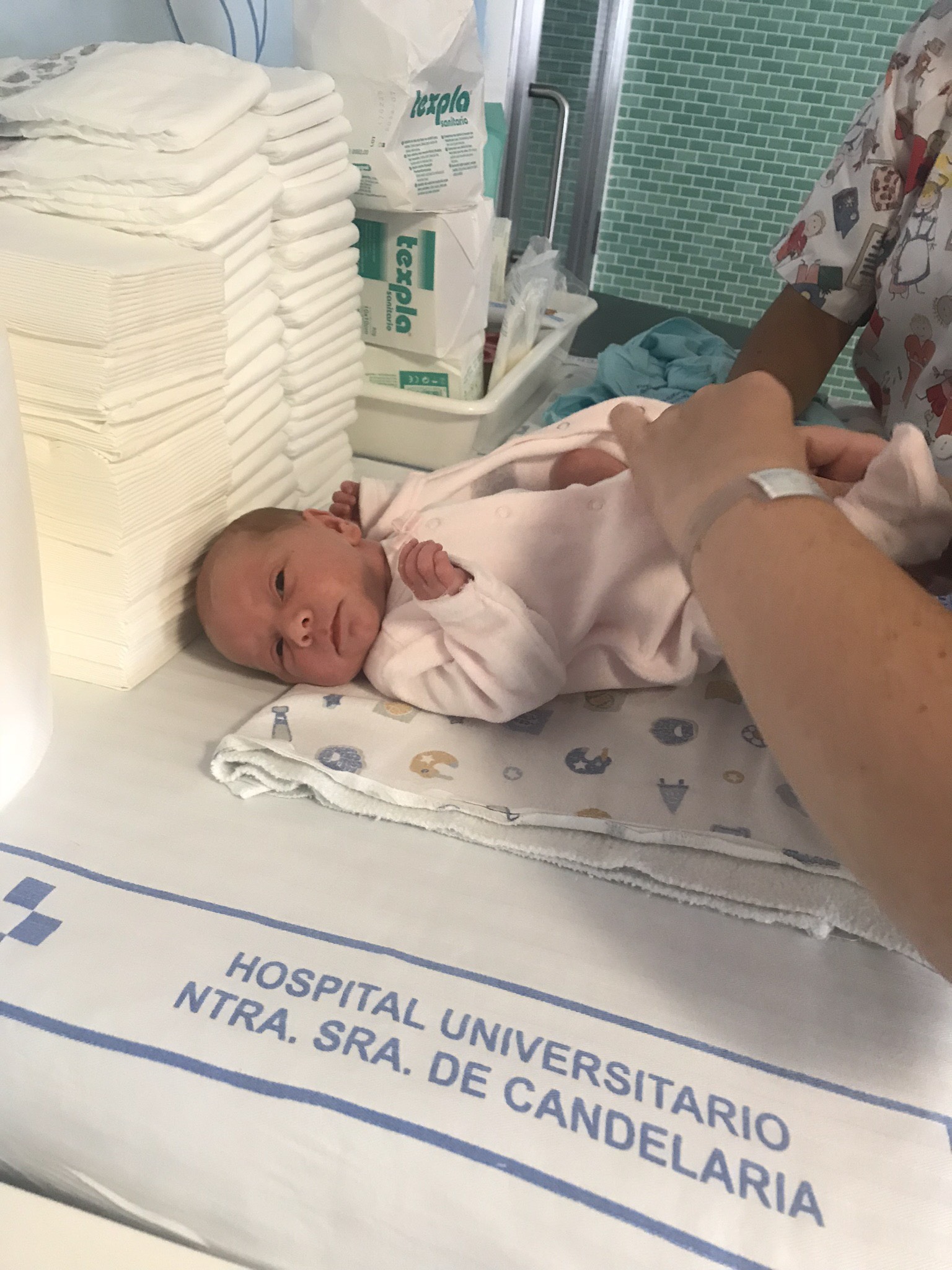 The tiny baby was hooked up to a special breathing machine for premature babies that vibrated at a fast rate to keep up with the rapid pace of her breathing.

Bethany was able to finally hold her daughter for the first time after four hours.

Bethany said: "I cried a lot in the hospital. I knew she wasn't ready to come out yet so it was hard not knowing what to expect, and then when she was born, she was so tiny. 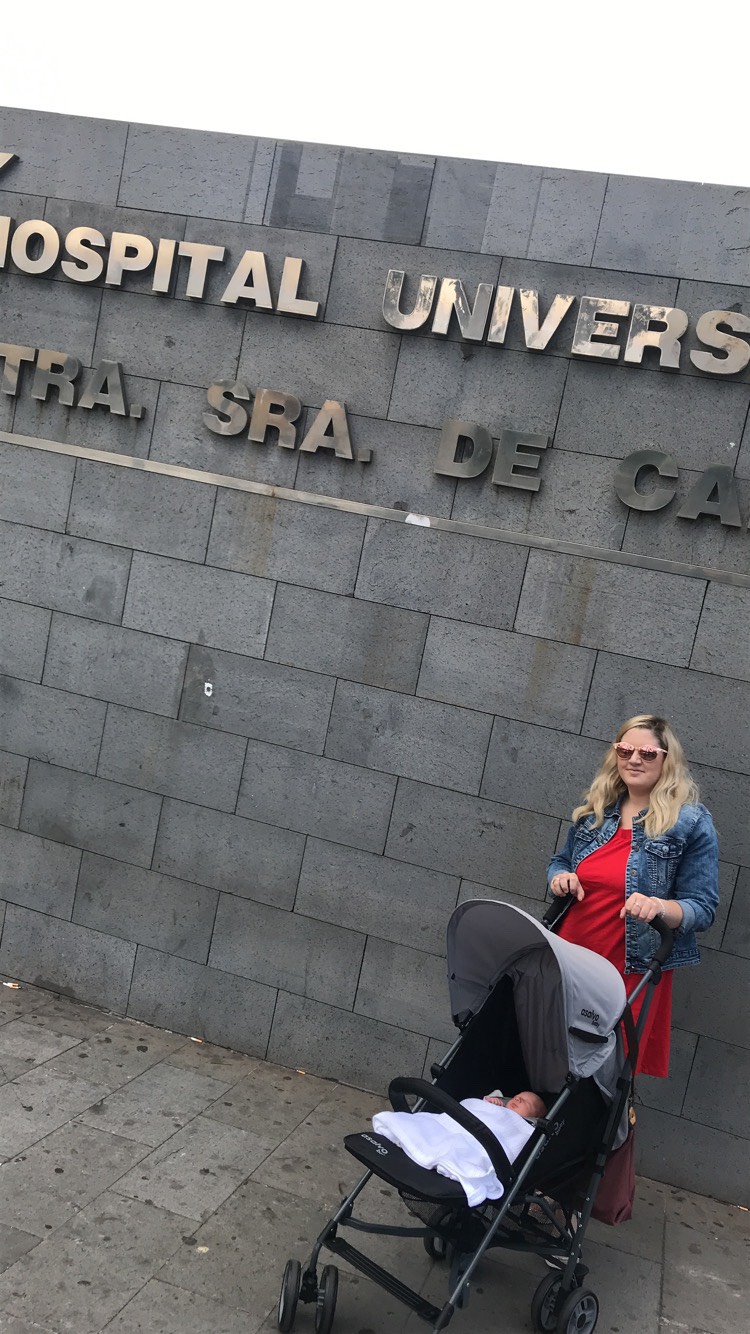 The next task was figuring out how to get baby Thia home – as she was born in Tenerife she was given a Spanish birth certificate, and the British Embassy were reluctant to give her a passport – as just like her dad, she had never held one before.

Thia spent one week in the hospital, then plans to get her home began.

After three weeks of back-and-forth, Thia was granted a passport, and was finally allowed to fly home with her mum and grandmother, after the pair had spent five weeks abroad, stuck in hospital once Thia was born.

She said: “He was so excited to meet his little girl for the first time she has his eyes.

“When Matthew picked her up, he was smitten. He called her his Spanish goddess.”

“She’s perfect and healthy and we have the staff at the hospital to thank for that. My little senorita is a Spanish miracle.”

“I don’t think I’ll ever love anyone as much as I do Thia,” said Matthew.

“Even though I wasn’t there for her birth, I will never miss another milestone in her life.”

Mum Jo said: “I’m so glad I was there. If Bethany had to go through all of that on her own, I wouldn’t stop worrying. Thia was the souvenir we brought home.”

This mum urges you to help and support bigger babies just like ones born premature.

And this baby was born around four days after the abortion cut-off limit – but look after her now.

END_OF_DOCUMENT_TOKEN_TO_BE_REPLACED

END_OF_DOCUMENT_TOKEN_TO_BE_REPLACED
We and our partners use cookies on this site to improve our service, perform analytics, personalize advertising, measure advertising performance, and remember website preferences.Ok