Home » Fashion » My grieving son, 18, died from an accidental Fentanyl overdose a week after I lost my mum

My grieving son, 18, died from an accidental Fentanyl overdose a week after I lost my mum

While other people are celebrating the run-up to Christmas, Michelle is preparing to mark the two-year anniversary of the death of her mum and 18-year-old son, who took a grief-fuelled accidental overdose of the drug Fentanyl. 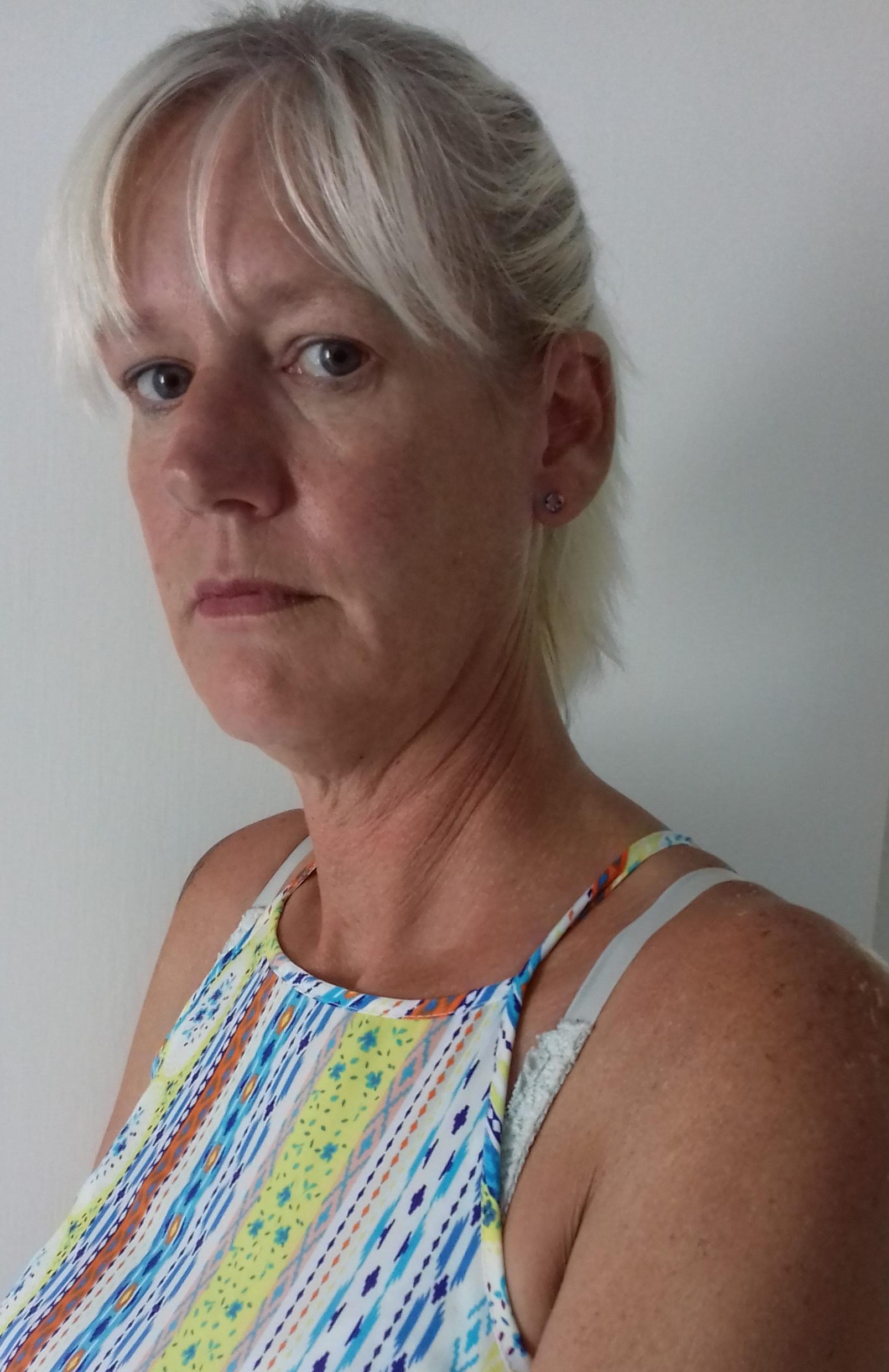 It was November 3 2016 when my mother passed away from liver cancer, aged 69. It was a big blow for me and my children Amy, Rob and Tyler.

My parents helped raise my kids, caring for them when I worked – they were all really close.

Rob had turned 18 only weeks earlier and bravely offered to join the pallbearers carrying Mum's coffin into the church at her funeral. 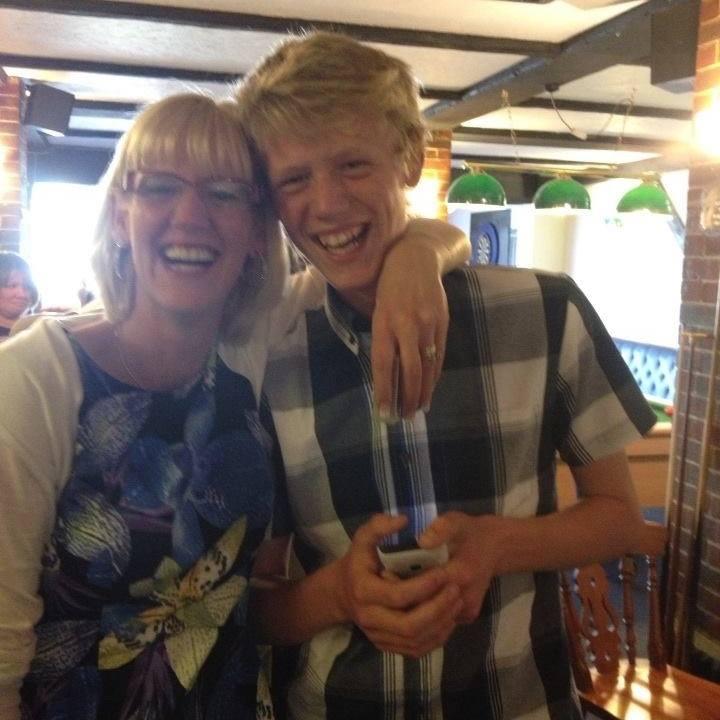 That was typical of him. At 6ft 5in tall he was a gentle giant; caring and incredibly family-orientated. He was also a keen skateboarder and the singer in a band. He had everything to live for.

But in the midst of my own grief, I didn’t realise quite how hard he’d taken my mum's death.

My relationship with Amy and Rob’s dad, Graeme, had ended some years earlier and I was with a new partner, Paul.

Rob split his time between the two of us, but even when he was staying with his dad he was always in and out of our place. He’d just finished a college course in mechanics and was busy job-hunting. 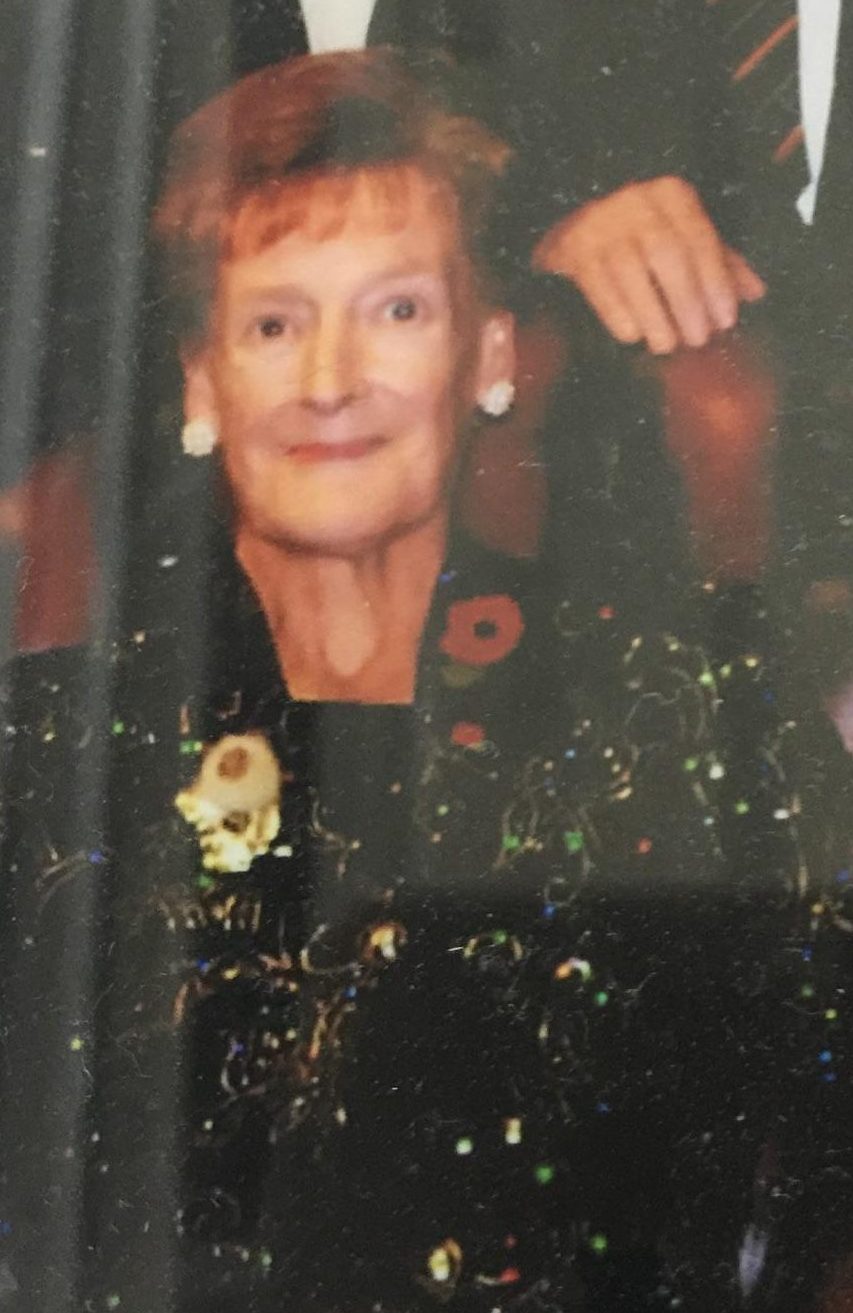 On the Wednesday after Mum passed, Rob called round and we opened a bottle of champagne his nan had bought for his 18th and drank a toast to her.

The following Saturday, on November 19, I was out shopping for an outfit for my mother’s funeral when I got a call from Graeme. I knew straight away something was wrong.

“I just went into Rob’s bedroom and found him dead," Graeme said, shell-shocked.

I fell to my knees in horror. It couldn’t be true, could it? 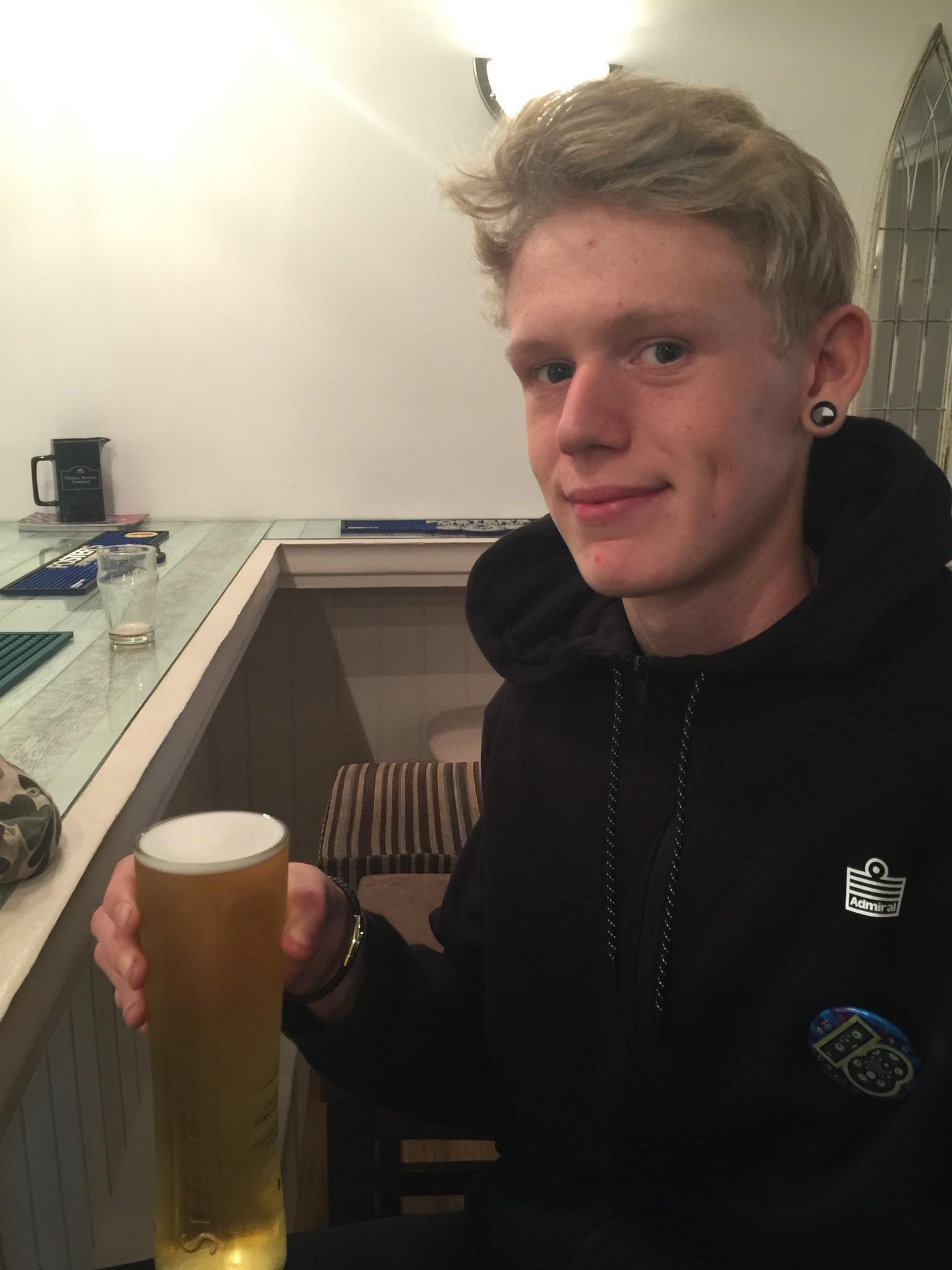 By the time I arrived at Graeme's the police and an ambulance crew were there.

A police officer told said there was evidence of drug use – two lines of fine white powder on a book by his bedside.

I had to wait five hours before being allowed to see him, due to his room being a potential crime scene.

Numb with shock and disbelief, I stroked his hair, held his hand and told him I loved him.

Later that evening the undertaker arrived – the same man who arranged Mum’s funeral.

I’ll never forget the shock on his face when he recognised me and realised our family had lost two members in the space of two weeks. 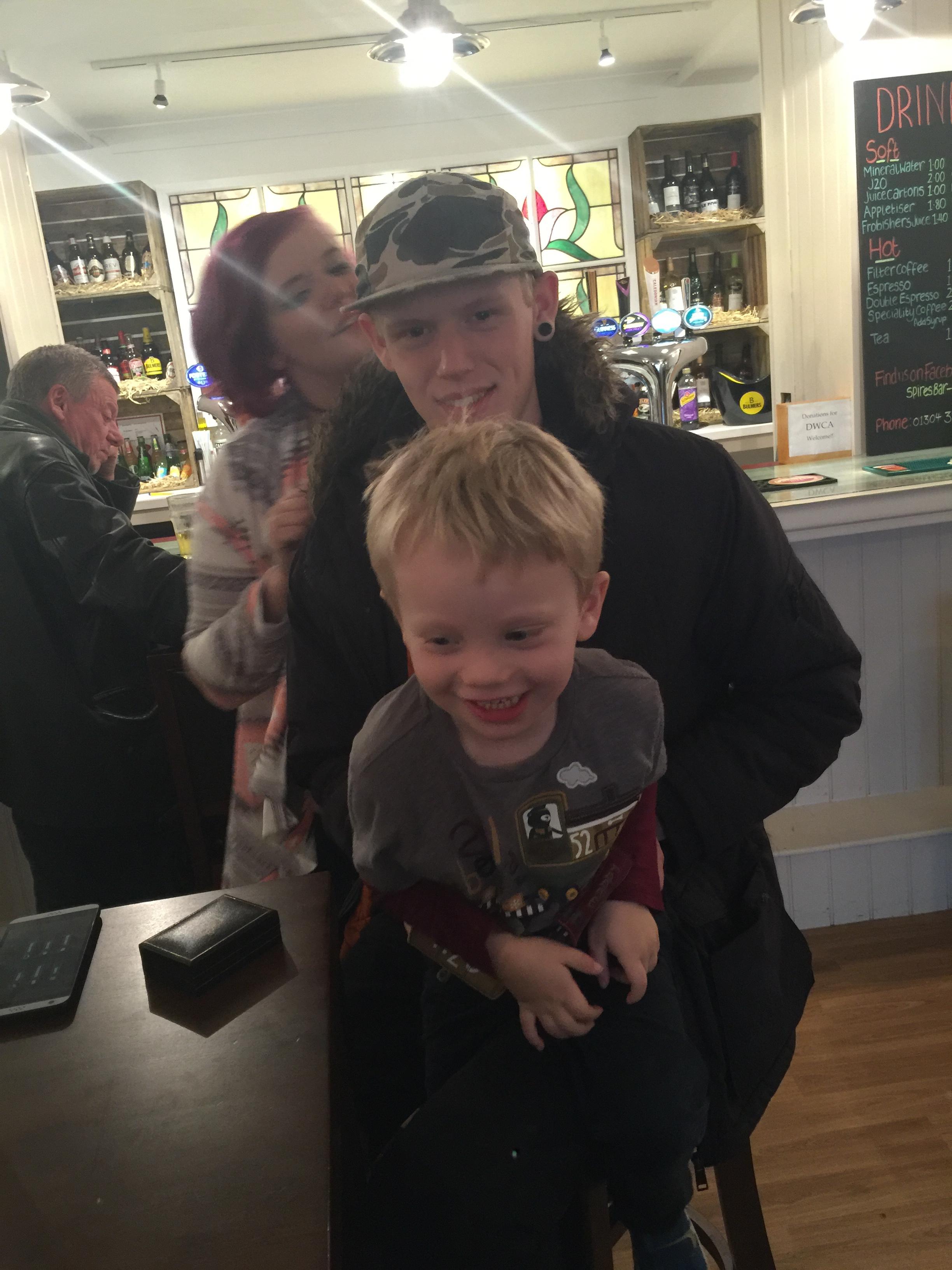 Rob's body was taken to the same funeral home as his grandmother, where they waited together to be laid to rest.

Within a day or so two of his friends came to see me and told me Rob had felt terrible after losing his nan.

"He wanted something to help him feel better," they explained.

"So we went with him to a dealer to buy some cannabis. The dealer gave us a free sample – a packet of white power.

"He told us to give it a try, said it was similar to ecstasy. That must be what Rob had in his bedroom.” 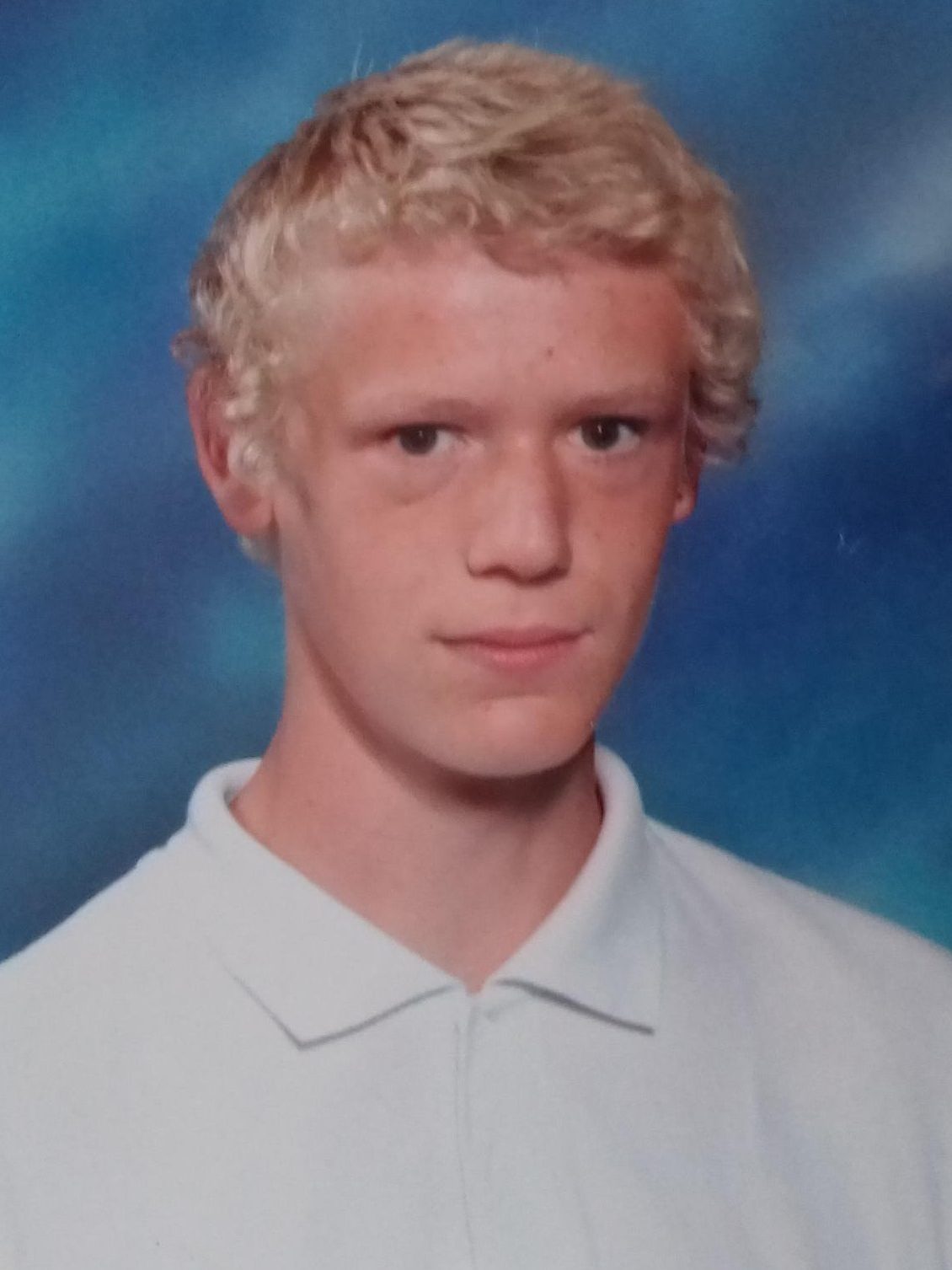 I remember little about mum’s funeral – I was in such a state. Rob’s followed around two weeks later.

Hundreds of people came, they couldn’t all fit inside the chapel. I draped his coffin in a throw printed with a picture of him and his beloved skateboard.

It was three months before we before finally identified the drug by Rob's bed as Fentanyl, a synthetic opioid first manufactured as a painkiller.

I’d never even heard of it. Back then it had hardly been seen on the illegal drugs market in the UK – my boy was the first person here to lose his life to it. 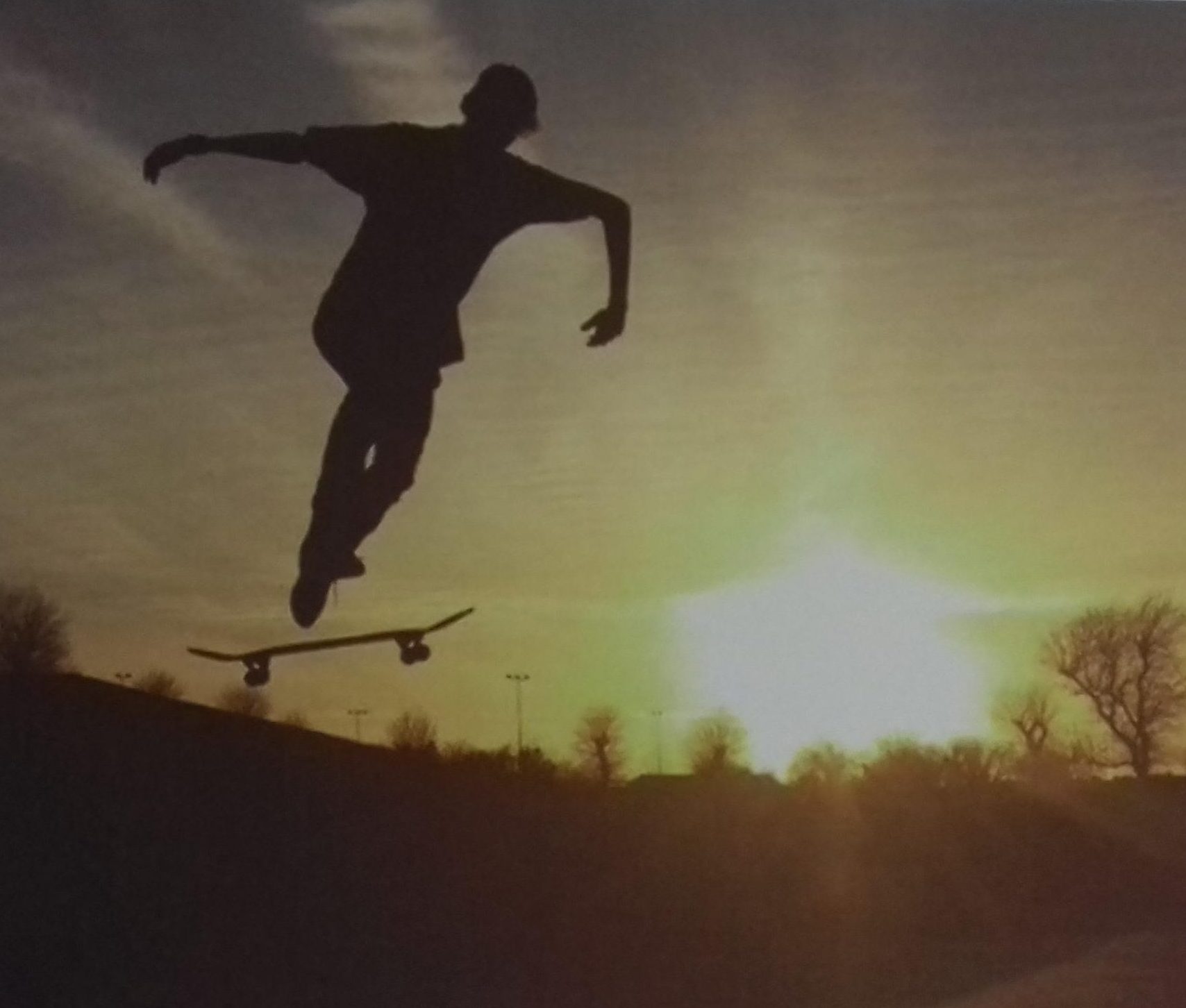 I went online and read the drug is 50 to 100 times stronger than heroin. It can pass through the skin and is so dangerous a tiny dose the size of a few grains of sugar can be fatal.

Rob must have absorbed it through his skin while preparing it – that’s why the two lines on the book at his bedside hadn’t been touched.

Months went by in a blur of grief and misery. Every fibre of my being wanted to crawl into bed and pull the covers over my head. But I had to keep going for the sake of my two remaining children.

On October 22, two days before his 19th birthday, we released Rob's ashes in a firework from the seafront, where a bench in his memory funded by his friends now sits.

In May 2017, an inquest recorded a verdict of drugs-related death. But even though we had the name of the dealer, nobody was ever charged for supplying the drug that killed him. 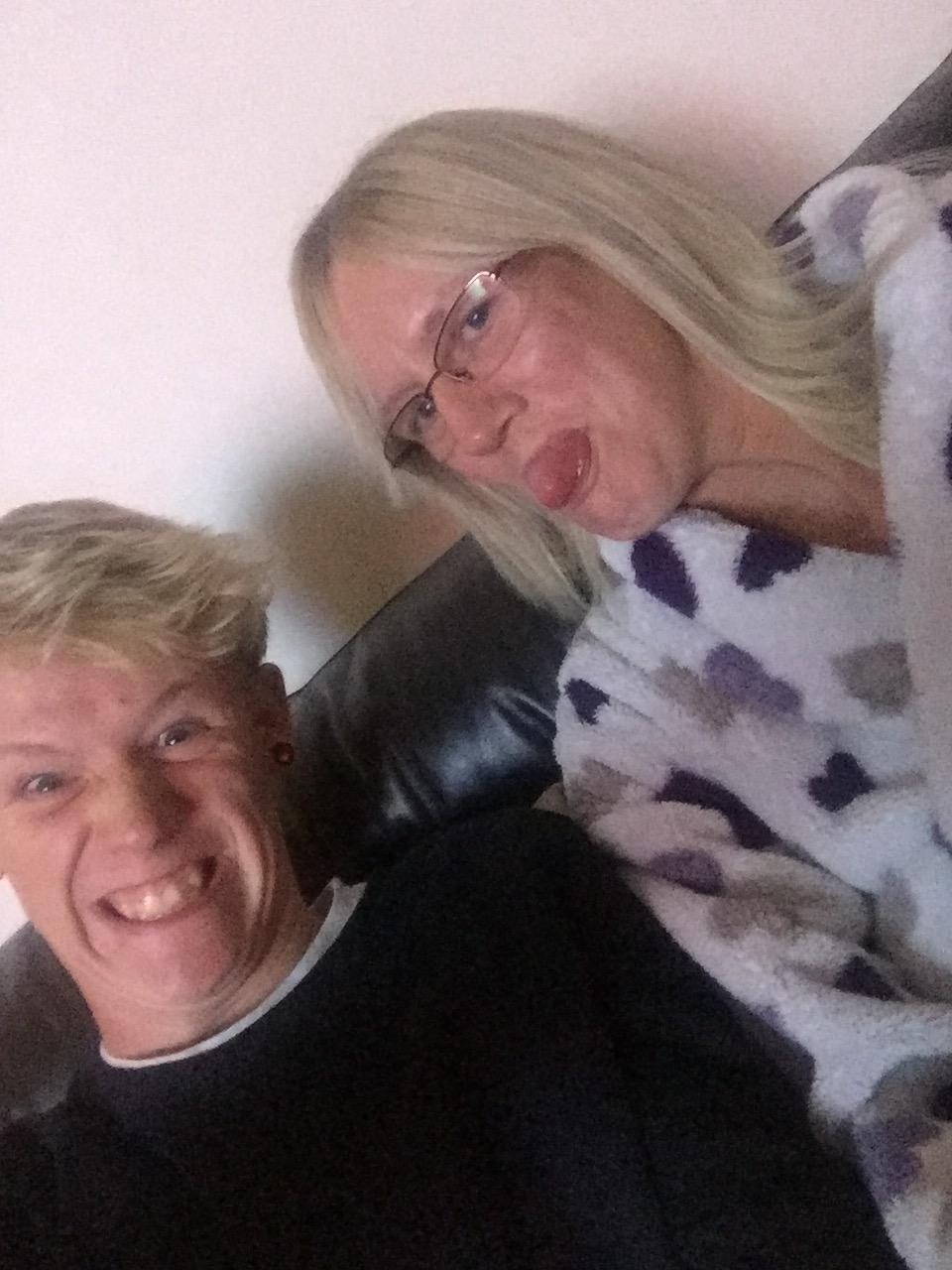 One day my daughter Amy saw him on the street. He had the nerve to smirk at her – smug because he wasn’t going to be punished.

That scumbag got away with peddling his poison, but I had to do something to stop other young people losing their lives.

I went to my local MP for Dover, Tory Charlie Elphicke, asking him to help me campaign for Robert’s Law – allowing the courts to impose tougher sentences on dealers who peddle Fentanyl.

To my eternal gratitude, he got behind me. In June 2018, after a Commons debate as I sat in the public gallery beside Amy, holding a photo of my son, Robert’s Law was introduced. 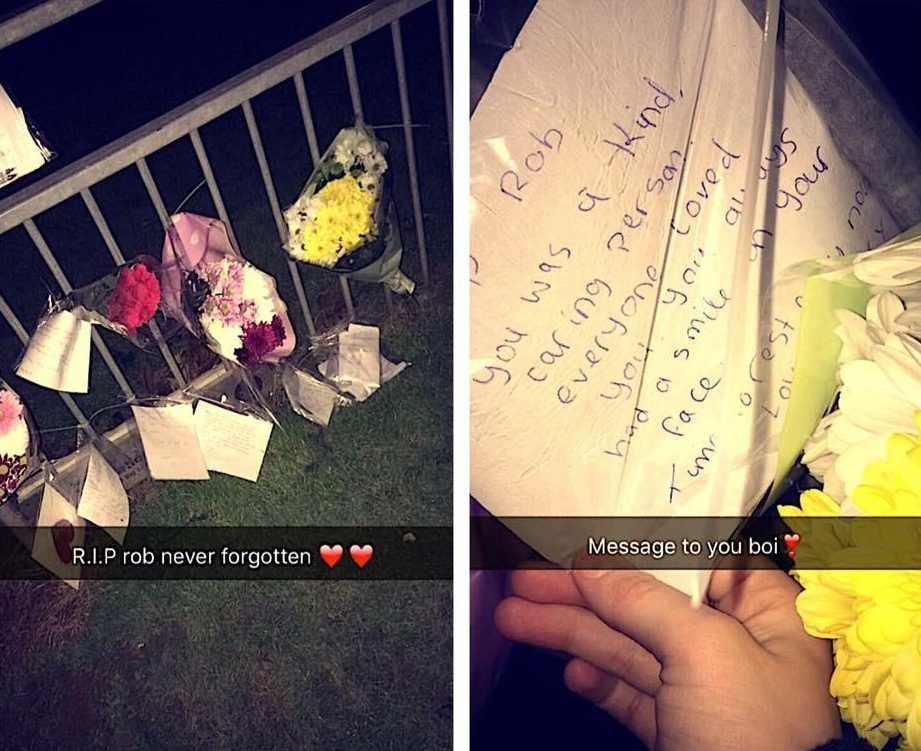 The prescription painkiller that is 100 times more powerful than morphine…

Fentanyl is a strong opioid painkiller that is used by many patients around the world suffering from chronic conditions.

It works by stopping pain signals being sent to the nerves in the brain, meaning users do not suffer any discomfort.

Due to its strength, it is highly controlled by doctors and pharmacists and cannot be prescribed for children.

It can be administered in patch form or can be injected into the body via a needle or a drip.

The drug is becoming alarmingly more common on the streets. Some even combine the drug with heroin or cocaine to create a more potent formula.

Since Robert’s death, around 250 more people have died from fentanyl overdoses in the UK.

In Canada and America, use of the drug has mushroomed. Fentanyl killed 20,000 people in the US last year — up from just 3,000 three years before.

Michelle’s MP Charlie Elphicke said: "Michelle is an incredibly brave woman. She doesn’t want other parents to have to go through what she has.

"Robert had his whole life ahead of him. But he died from a powerful and increasingly abundant drug he did not even know he was taking.

"We need to send a strong message to dealers. You will be punished for the misery you inflict.

"Robert’s story will frighten every parent out there. All drugs are dangerous, but some of these new synthetic ones are on a whole different level.”

Now, dealers who peddle Fentanyl or similarly potent drugs will get a minimum of six years (instead of the previous three years) and judges can take account of the extreme potency of the drug to impose even tougher punishments.

I’ll always be grateful to Rob’s friends for telling me how he came to have Fentanyl in his possession that night. Knowing the truth has been some small comfort.

I knew my son smoked cannabis, and I didn’t approve. But that night he hadn’t gone out in search of harder drugs; he took Fentanyl by accident. 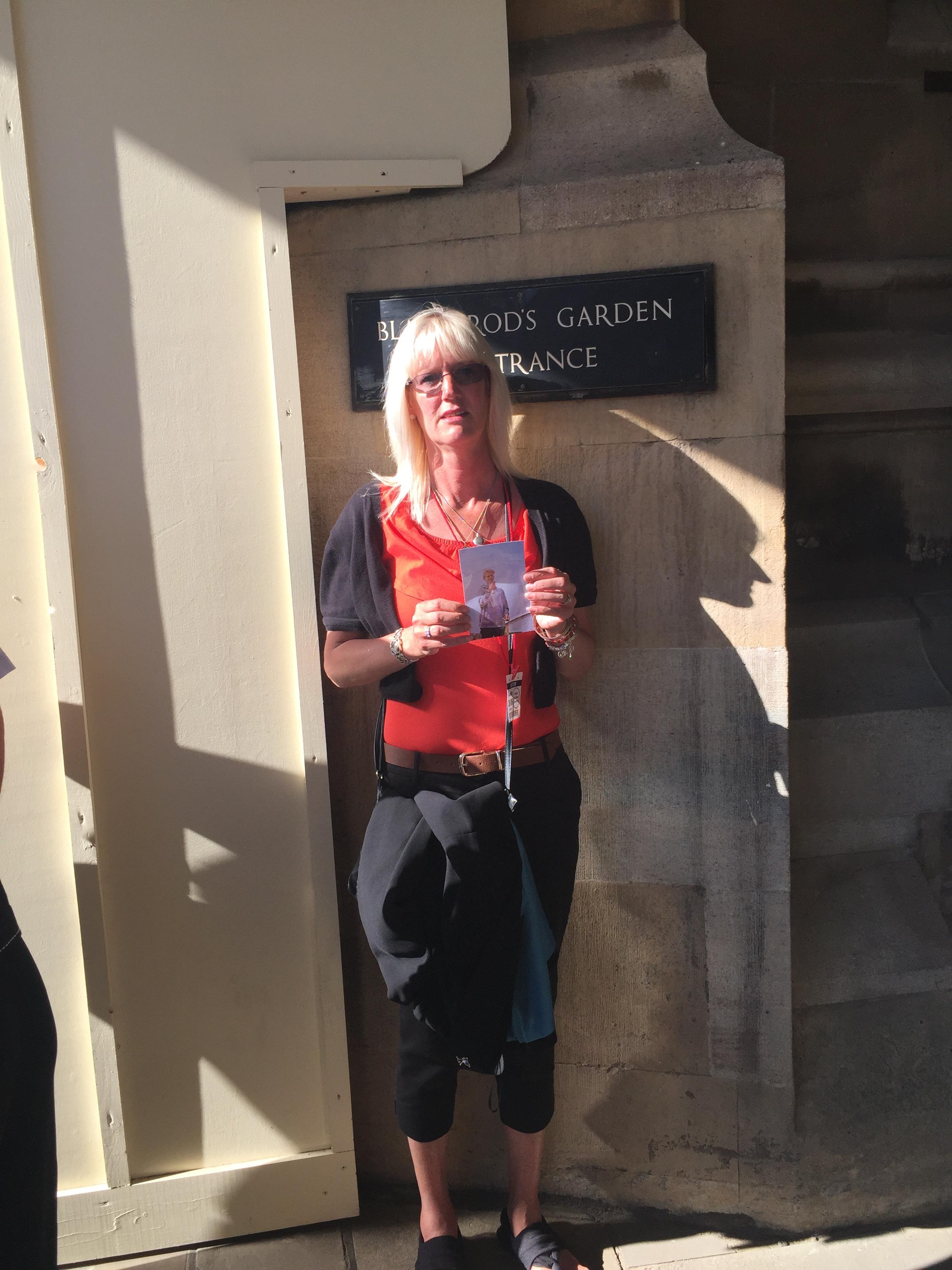 Dealers often give out free samples to young people hoping to get them hooked on stronger, more expensive drugs.

While I know my son must take his share of the responsibility for the events leading to his death, he was not an addict. He just made a bad choice when he was at a low ebb.

There is a stigma felt by any parent who loses a child to drugs, and it hurts.

Two years on it still seems to me that few people have heard of Fentanyl. I now go into schools and give talks warning of the dangers of drug abuse.

With his keen sense of justice, Rob would have wanted me to do everything I could to stop other young people suffering the same fate. I believe that if he is looking down and can see what has been achieved in his name, he’d be very proud.

Tests revealed music legend Prince was killed by an accidental overdose of Fentanyl.