WHEN Lisa Tubbs beat cancer, she thought her problems were over.

But the 52-year-old, from Middlesex, was devastated when a friend messaged her son on Facebook, to say they were sorry about his mum's death. 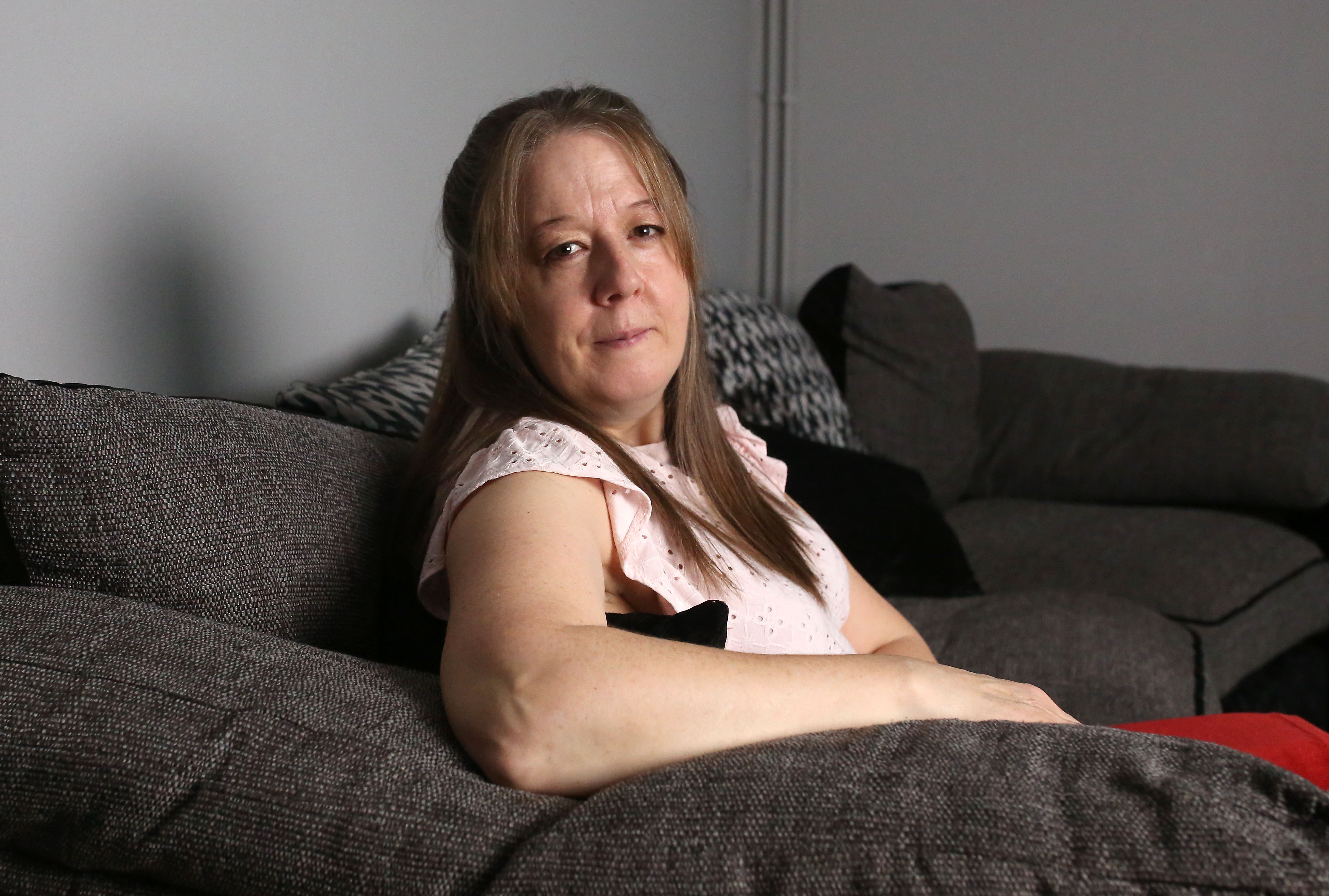 After turning detectives on Facebook, they discovered Graham had 'killed Lisa off' so he could have a six-month affair.

Graham and I were childhood sweethearts, who dated for three years as teenagers.

We drifted apart and went onto marry other people and I had two sons I adored – Samuel, now 26, and Billy, 29 – but I never forgot about my first love. 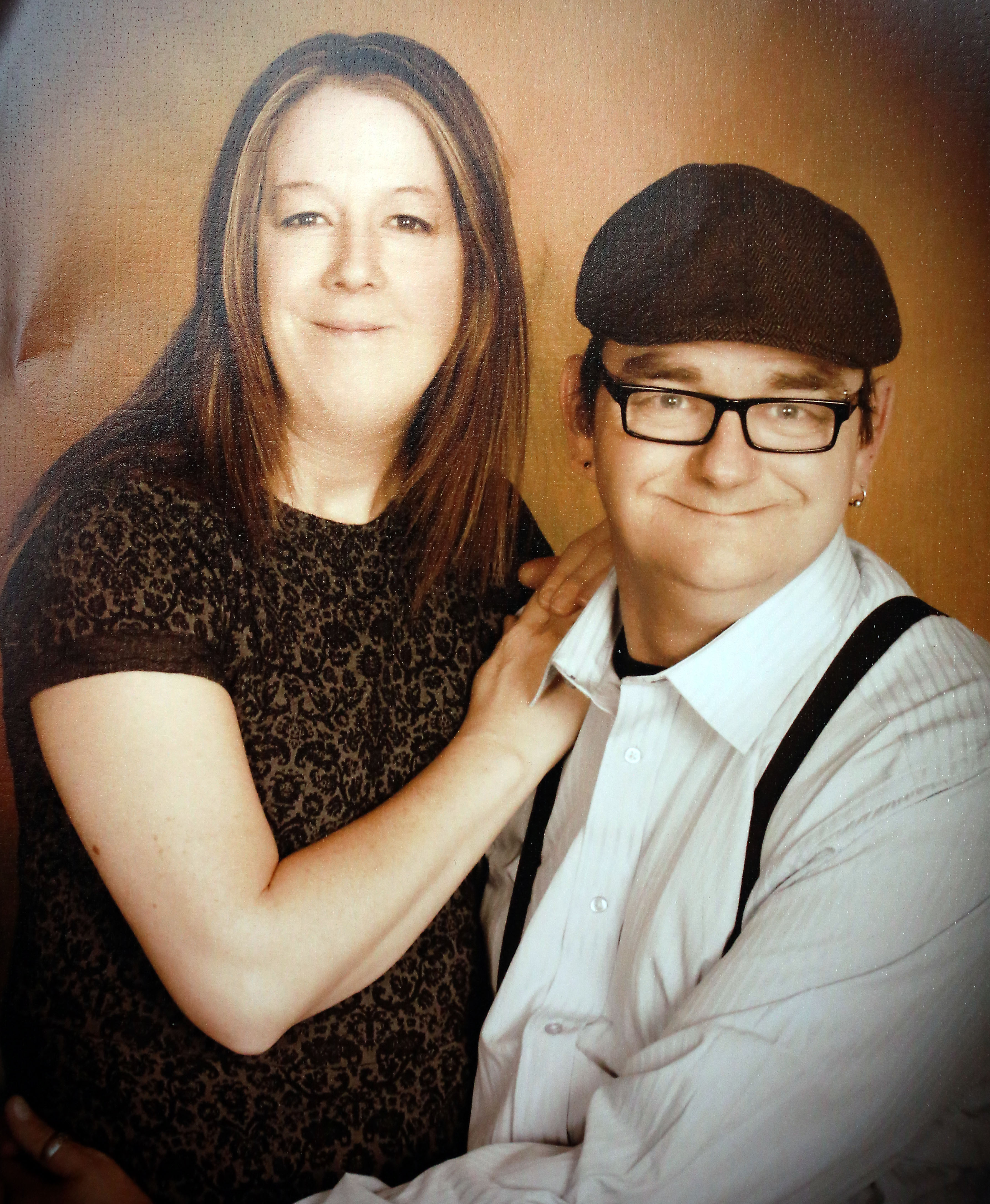 I was devastated when my marriage of 18 years broke down, but when I bumped into Graham in town in February 2005, it felt like fate.

I learned Graham was single too, so we picked up where we left off. It felt like no time had past, it wasn't long before we were in a serious relationship.

When Graham and I married in September 2006, it was the happiest day of my life.

Sorry to hear about your mum's death," the friend had written

We had three more beautiful children together – George, now 13, Archie, 11, and Daisy, eight.

Life as a family of seven was tough, but Graham was always my rock.

He was a doting father and a great step-dad. Although we struggled at times, we were a happy family. 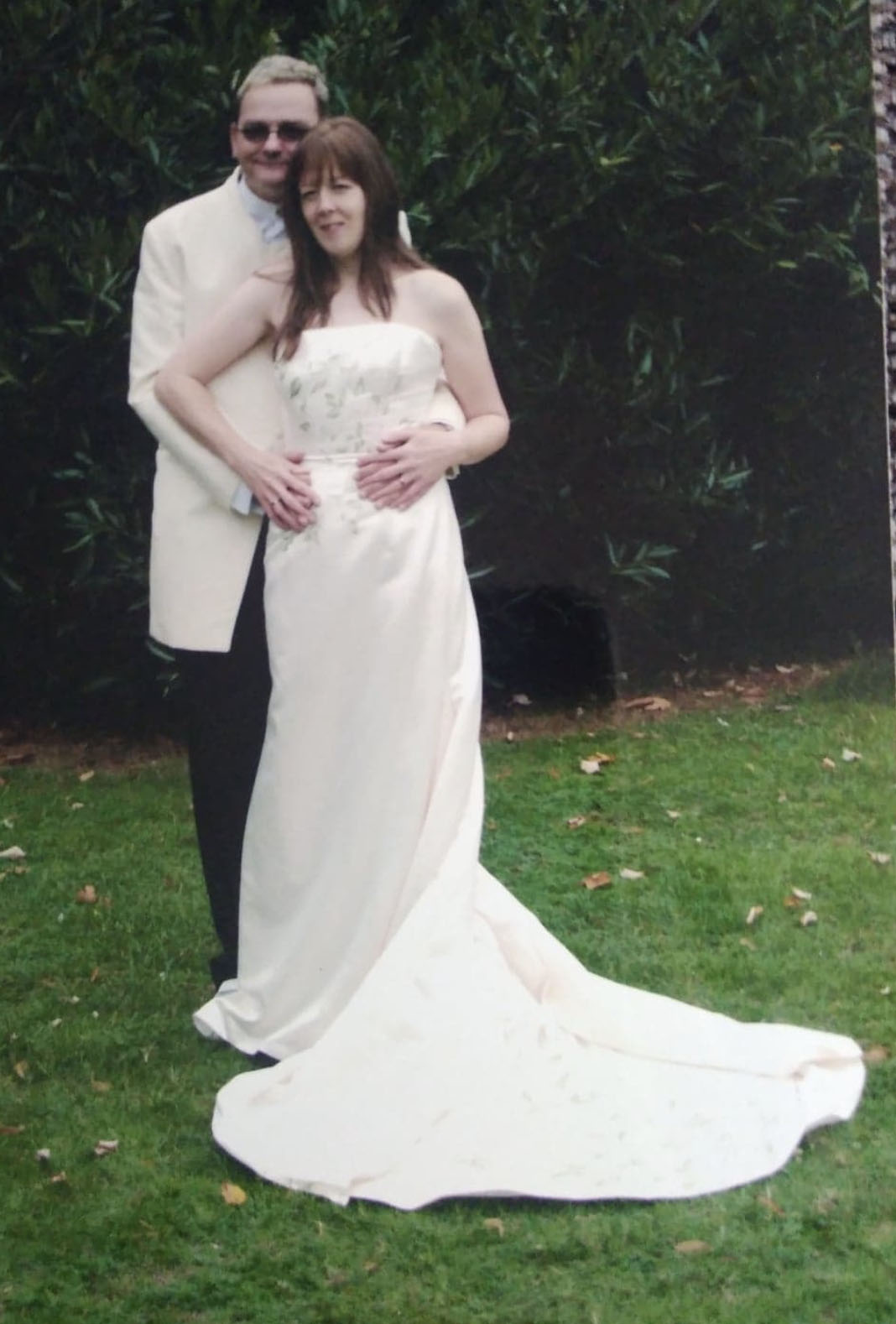 In September 2011, I was hit by a bombshell when I was diagnosed with thyroid cancer.

It was terrifying, but Graham never left my side as I went through surgery and treatment.

Luckily I won by battle and, as life slowly went back to normal, I counted my blessings every day.

The next few years were bliss, but in June 2014 something changed.

Graham became distant, he was constantly glued to his phone. He started working later and would never pick up when I tried to call him.

He swore nothing was wrong, but my gut told me he was lying.

In December, I found out I was right. Christmas was always my favourite time of year.

With such a big family, it took a lot of planning and saving. But I always threw myself into the festivities. 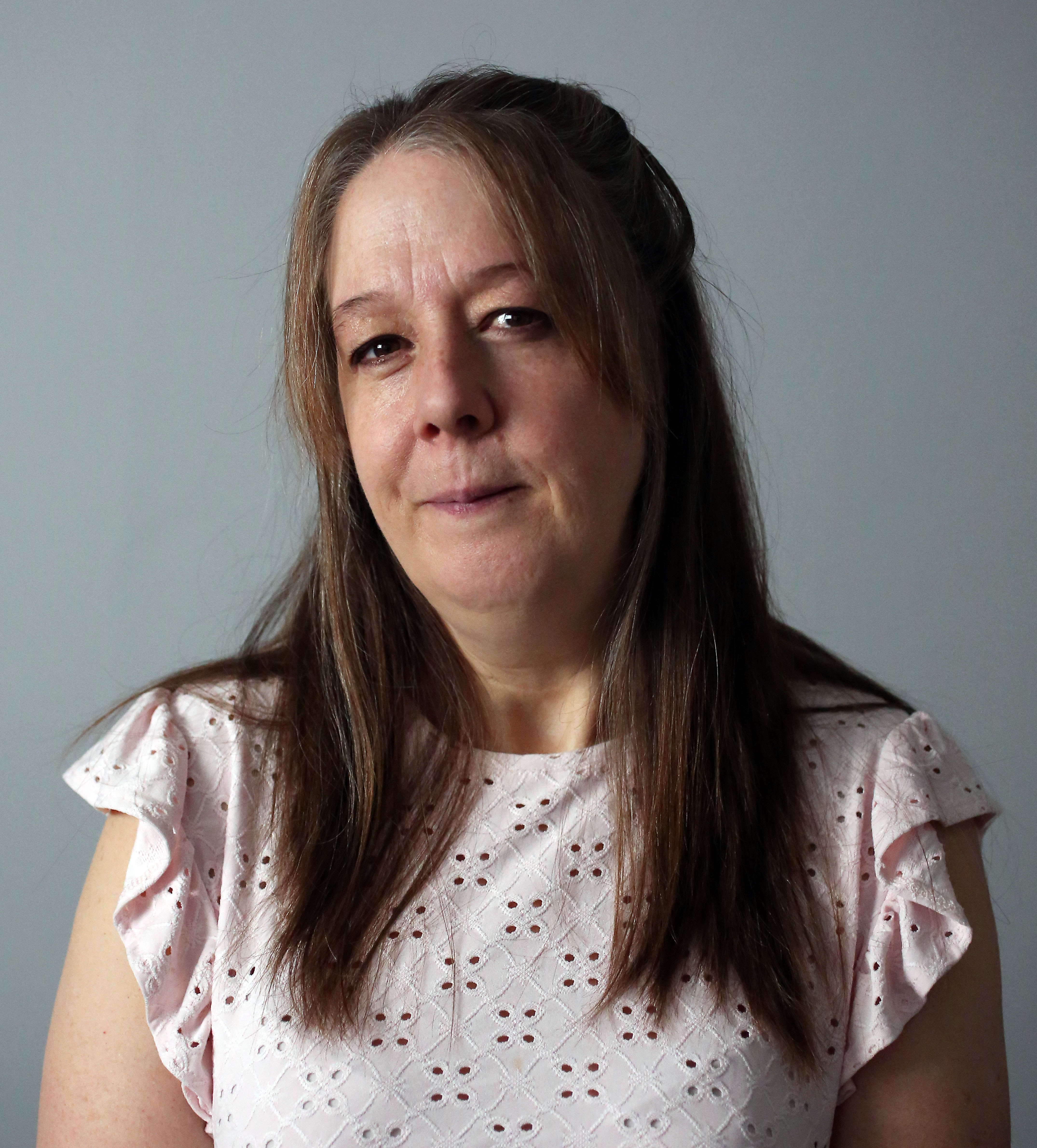 But then one day my eldest son Samuel popped over, with some unexpected news.

"Mum, I've received a weird message on Facebook," he told me. "From a friend who knows Graham. I think it's probably easier if I show you."

He handed me his mobile phone and I gasped as I read the conversation.

"Sorry to hear about your mum," the friend had written.

"What about my mum?" Samuel had replied.

"About her death," came the chilling response.

When Samuel explained I wasn't dead, his friend admitted they'd heard the news from Graham.

I was shocked. "I don't understand," I mumbled, staring at the phone.

"Mum, Graham is telling people you’re dead," Samuel said. "This is serious. He’s obviously trying to get away with something."

When I admitted he'd been acting strangely, Samuel gave me his blunt opinion. "I think he's cheating," he said. 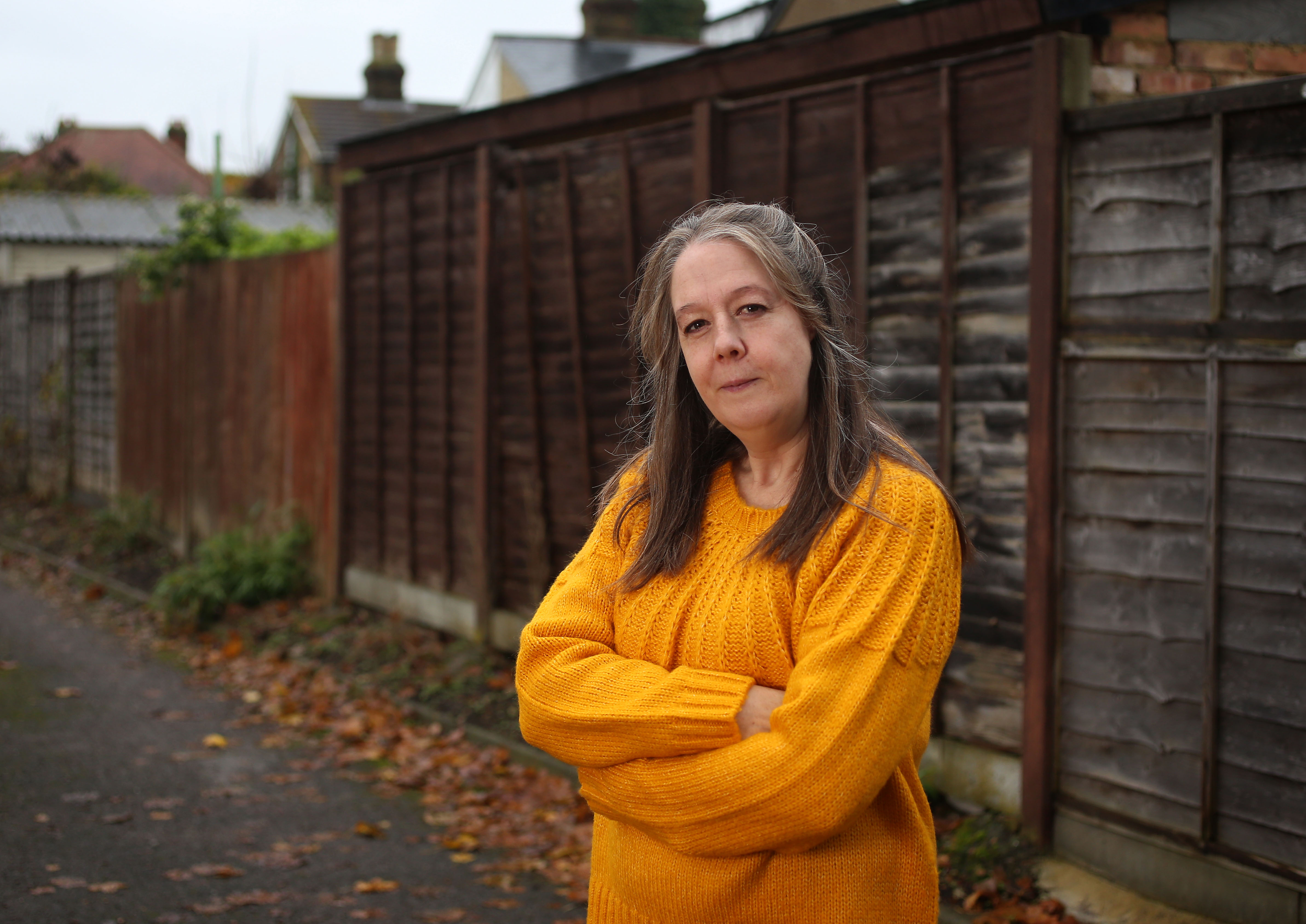 My heart thudded in my chest. Graham had been my rock for years. He wouldn't do that, would he?

"I don't know what to think," I admitted.

"We have to investigate," Samuel said. "I'll help you."

Together, we scanned Graham's Facebook profile for clues – and soon spotted a mystery woman liking all his pictures.

"I'm going to message her," Samuel said. "Are you seeing Graham Tubbs he asked?"

She replied straightaway, and her message made my blood run cold.

I couldn't believe my once loving husband not only cheated, but told people I was dead

"You do know he's married?" Samuel wrote angrily. "To my mum, Lisa."

"He told me his wife was dead," she replied. "From cancer some years back."

She confirmed she had been seeing Graham for six months.

"I'm so sorry," the woman wrote. "Graham told me you’d died after your cancer battle. I honestly thought he was a widower." 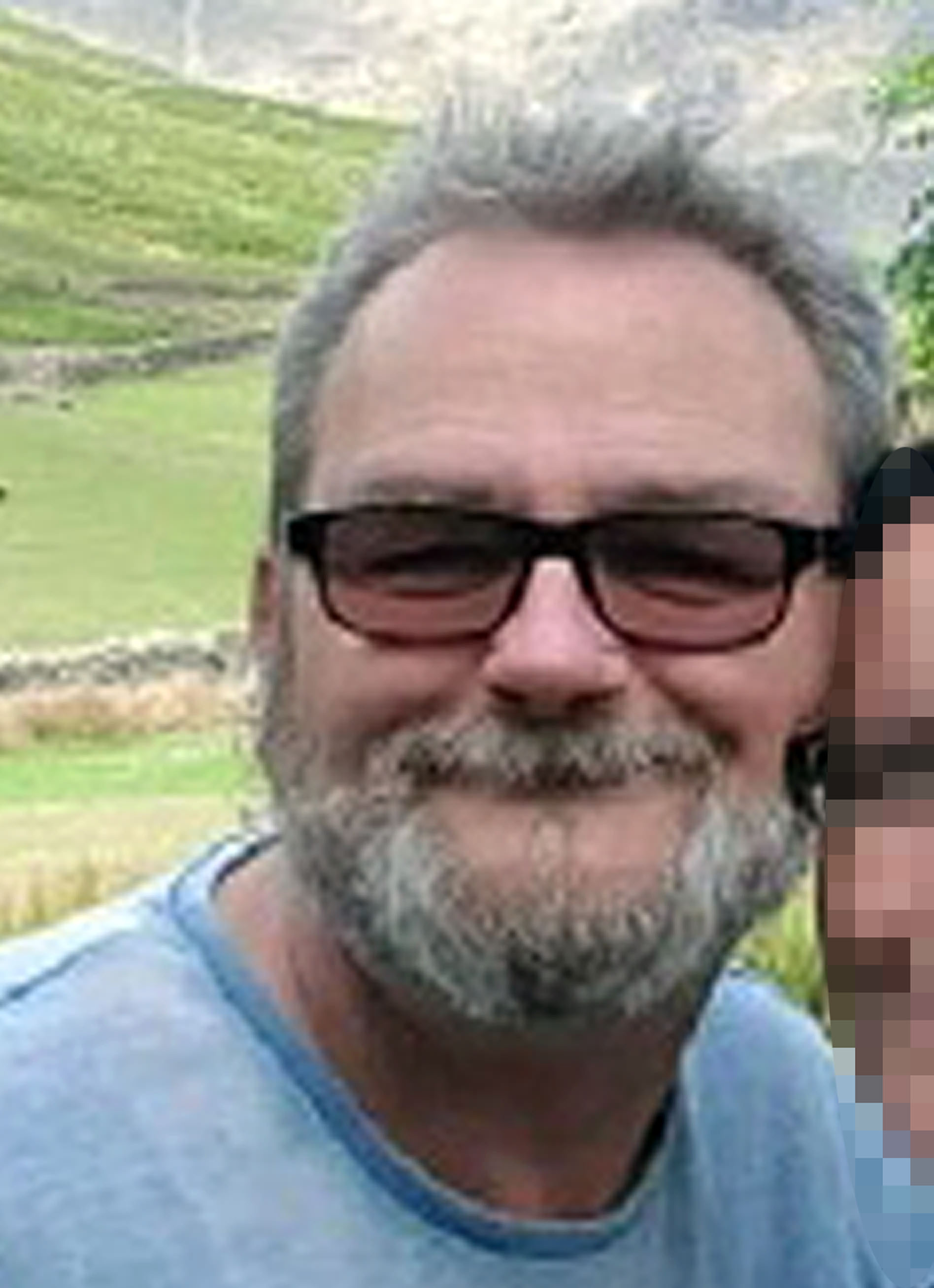 I was heartbroken, the sick lie he'd told to get away with his affair was almost too much to bear.

I couldn't bear to look my son in the eyes. Anger, pity and concern were all rolled into one.

I rang Graham straight away but, predictably, it went straight to answerphone.

"I know about your affair," I told him over email. "I want you to pack your stuff and go."

Faced with the evidence, Graham couldn’t deny his affair.

He apologised, but couldn’t even give me a reason for his behaviour.

Graham managed to convince me to let him stay in the family home until after Christmas, and I agreed it was probably the best thing for the kids.

But every time I looked at him, I wanted to be sick. I couldn't believe my once loving husband not only cheated, but told people I was dead!

In January, I stuck to my promise and kicked him out.

He ran straight into the arms of his mistress and the pair are still together now. She’s welcome to him.

I know I’m better off without a rat like that, but it still hurts. I can’t believe my husband 'killed me off' so he could cheat.

"I regret that, of course I do.

"I was in a bad place with the relationship.

"The relationship was fine in the beginning and then it just started dying.

"It was a way out. If you want to put it that way,[the lie was a way to carry on cheating] yes.

"I regret what I said [that Lisa was dead].

"I should have been more of a husband to her and I wasn’t.

"I take full responsibility for it, she had nothing to do with it.

"It was all me. She didn’t do anything wrong.

"I don’t feel happy now with the relationship I’ve got, it seems to be dying out.

"The one good thing that’s come out of this is that me and Lisa are still friends.

"I’ve got nothing to hide anymore – I made a mistake by having the affair."

END_OF_DOCUMENT_TOKEN_TO_BE_REPLACED

END_OF_DOCUMENT_TOKEN_TO_BE_REPLACED
We and our partners use cookies on this site to improve our service, perform analytics, personalize advertising, measure advertising performance, and remember website preferences.Ok