A WOMAN revealed how her pal's husband believed their hand wash hadn't run out in years – when actually she was refilling it the entire time.

Robyn Schaer, 48, from Ohio, USA, flagged up the issue on her Twitter page. 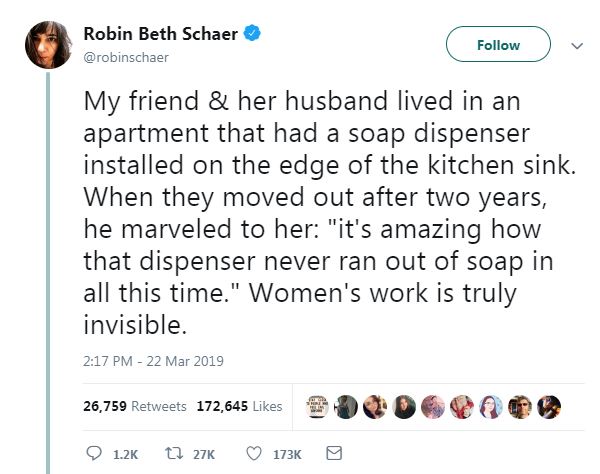 She wrote: "My friend and her husband lived in an apartment that had a soap dispenser installed on the edge of the kitchen sink.

"When they moved out after two years, he marvelled to her: 'It's amazing how that dispenser never ran out of soap in all this time.'

She continued: "She never told him the truth. He still thinks wistfully of that amazing, magical soap dispenser they had once." 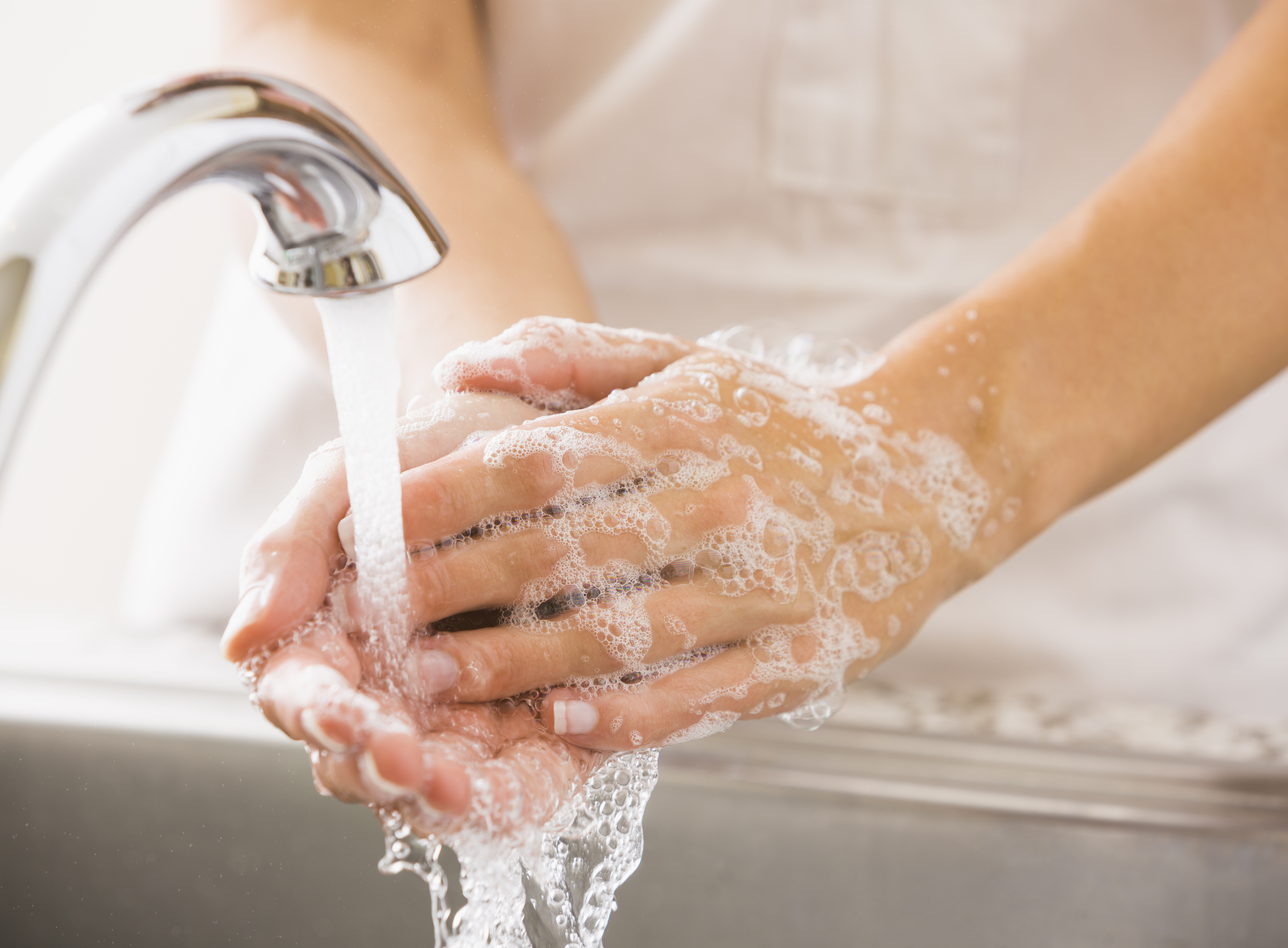 Her comment went viral with nearly 27,000 people sharing it.

And many women said they totally understood how her friend felt.

One woman wrote: "My ex-husband went back to his mom's house when I left him.

"The last I heard, he's still there, after four years, completely incapable of managing his own s***.

"And this is a dude who was constantly furious with me because he believed I 'never did anything around the house'."

Another commentator teased: "That guy gets around, I was married to him too!"

Nicole Valdez said: "Lol I brought up to my bf when we moved in about him doing his part and helping clean and he said 'it’s just always already clean.'

But it isn't just men that fail to appreciate women…

One lady said: "I only found out our toaster oven wasn’t 'self-cleaning' when my husband (then boyfriend) overheard me gushing about it to a friend…."

In more viral news, this woman came up with a brutal response to unwanted d*** pics – and it will strike fear in every man.

While washing your hair with CHAMPAGNE is the most bonkers beauty craze on Instagram right now…but is just throwing money down the drain?

And this is the bizarre moment a topless Aldi shopper tries to buy milk as onlooker claims he’s ‘wired’.

Meanwhile this woman recounts the most chilling Tinder date ever – but is it real?

END_OF_DOCUMENT_TOKEN_TO_BE_REPLACED

END_OF_DOCUMENT_TOKEN_TO_BE_REPLACED
We and our partners use cookies on this site to improve our service, perform analytics, personalize advertising, measure advertising performance, and remember website preferences.Ok