Home » Fashion » My mum’s ENGAGED to my ex-boyfriend, I didn’t talk to her for a year when I found out – it’s so humiliating 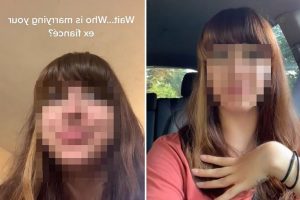 A WOMAN has shocked TikTok users by claiming that her mum is engaged to her ex-boyfriend.

In a series of videos posted to her TikTok account, Marisa sat down and revealed how she found out about the shocking couple. 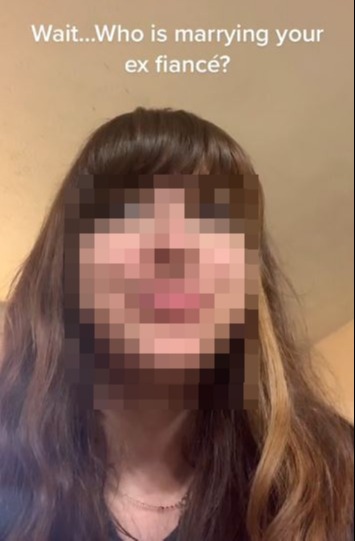 The initial video Marisa posted has received over two million views, and starts: "Wait… Who is marrying your ex fiance?" It then plays My Mom by Eminem, which has become popular for telling 'mum stories' on Tiktok.

In a previous four-part series uploaded to her account, Marisa explains exactly how things went down.

Marisa said: "Unfortunatley 60 seconds isnt enough time to tell you how my mum ended up getting engaged to my ex-fiance."

"To cover bases, yes he is my age, we dated in high school. and to make it even 'spicier' he moved in with us a couple of months after we started dating."

She was 16-years-old, living with her mum, step-dad and partner, who had proposed to her.

She says it was coming up to her and her boyfriend's three year anniversary, and in the June of that year her mum and step-dad decided to part ways and split up.

Marisa said that around a month after her mum and step-dad broke up, she also follower suit and split up with her fiance as well.

She says the reason she broke up with him was because she realised she did not want to be 'tied down' for the rest of her life at 18-years-old.

WHY are you still hanging out with my ex boyfriend? why are you doing that to me?

A little bit after she had turned 18, Marisa moved out with friends and was surprised to see her ex-fiance still hanging out with her mum every day.

"I asked her all the time, WHY are you still hanging out with my ex-boyfriend? why are you doing that to me? it's weird." Marisa said.

According to Marisa, her mum's answer was always the same: "He is my son and I love him and I am going to hang out with him whether you want me to or not because you put him in my life and you dont just get to take him out."

She said she put up a huge fight about it all the time, and begged her mum: "Please stop doing this, it's weird and it makes me feel uncomfortable and it's strange.

Marisa decided to stop talking to her mum after fighting her on it, then one night in 2019, her mum called.

She said: "We got into it and she admitted that she was in fact dating him.

"Then I really stopped talking to her, for about a year."

During the time they were not talking, her ex-fiance moved back in with her mum again.

Marisa was pregnant and couldn't stay with her now ex-parnter and moved back in with her mum.

Just after having her baby, Marisa received a phone call from her mum on Christmas Eve to tell her that her mum and her ex-fiance were now engaged.

Marisa is currently still living with the pair and her relationship with her mum is being mended.

TikTok users were STUNNED by the series of videos, one user wrote: "You know when they ask "does anyone object?" at the wedding? yeah I think you'd be valid to object."

Another user commented: "He's my son *proceeds to marry him.*"

A third user responded: "This is just beyond the pale. I can't believe you can tell this story so calmly." 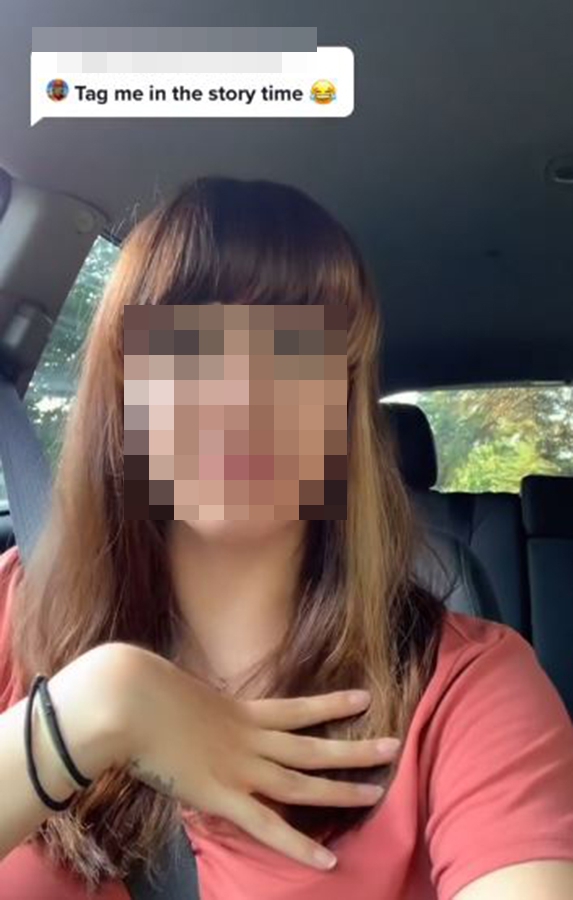 Plus bride shares her bizarre instructions for her wedding guests where they must only wear a ponytail & must not talk to her.

And the shocking moment husband ‘proves’ his pregnant wife’s baby isn’t his at their BABY SHOWER.

Meanwhile this man thought he had found 'the one' but then his dad got her pregnant on their family holiday.