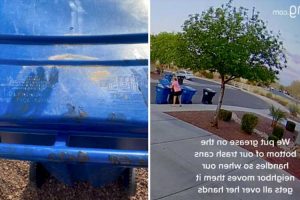 A ROW between neighbours over their rubbish bins being moved was taken to the next level when one put grease on the handles.

Payton Ramsay has been sharing TikTok videos about her neighbour Linda and her obsessiveness with regards to the position of her bins. 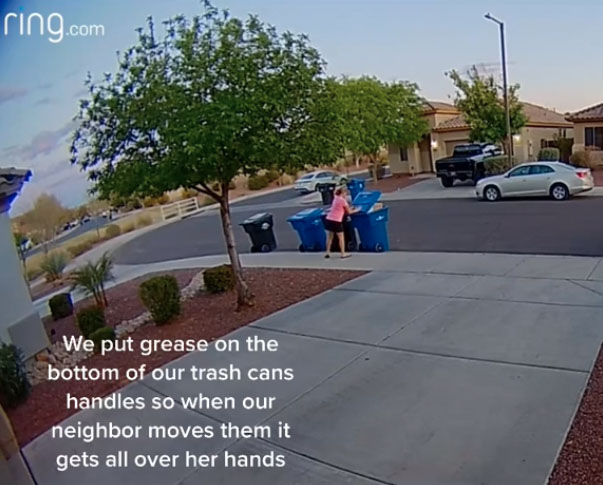 After a city worker came to the house and moved and separated the bins, ready for rubbish collection, Payton caught Linda on camera moving her bins back – to be closer to her neighbour's.

Growing tired of the row, she decided to try and get revenge – making it harder for Linda to move the bins after the rubbish had been collected by putting grease on the handles of her own bins.

In doorbell camera footage, Linda was seen walking up to try and adjust the placement of the bins, before realising that there was grease on the handles.

She then attempted to wipe the grease off on the bins themselves, before walking huffily back into her house.

While Payton was clearly pleased by Linda's reaction, captioning the video "Neighbour from hell reaction to grease on the trash cans!", others criticised her for being so "petty" about the situation.

"At least she’s courteous to the truck driver and not immature like the person putting grease on the handle of the can… grow up and be respectful," one person wrote. 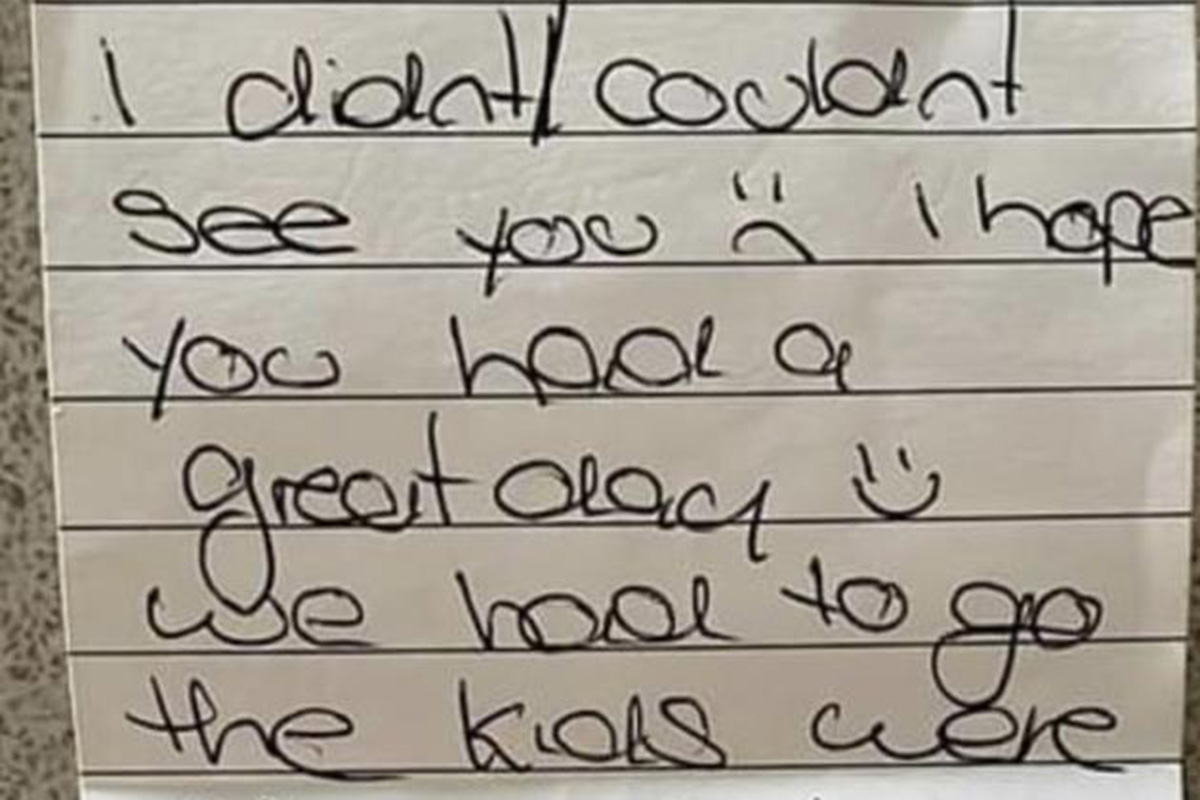 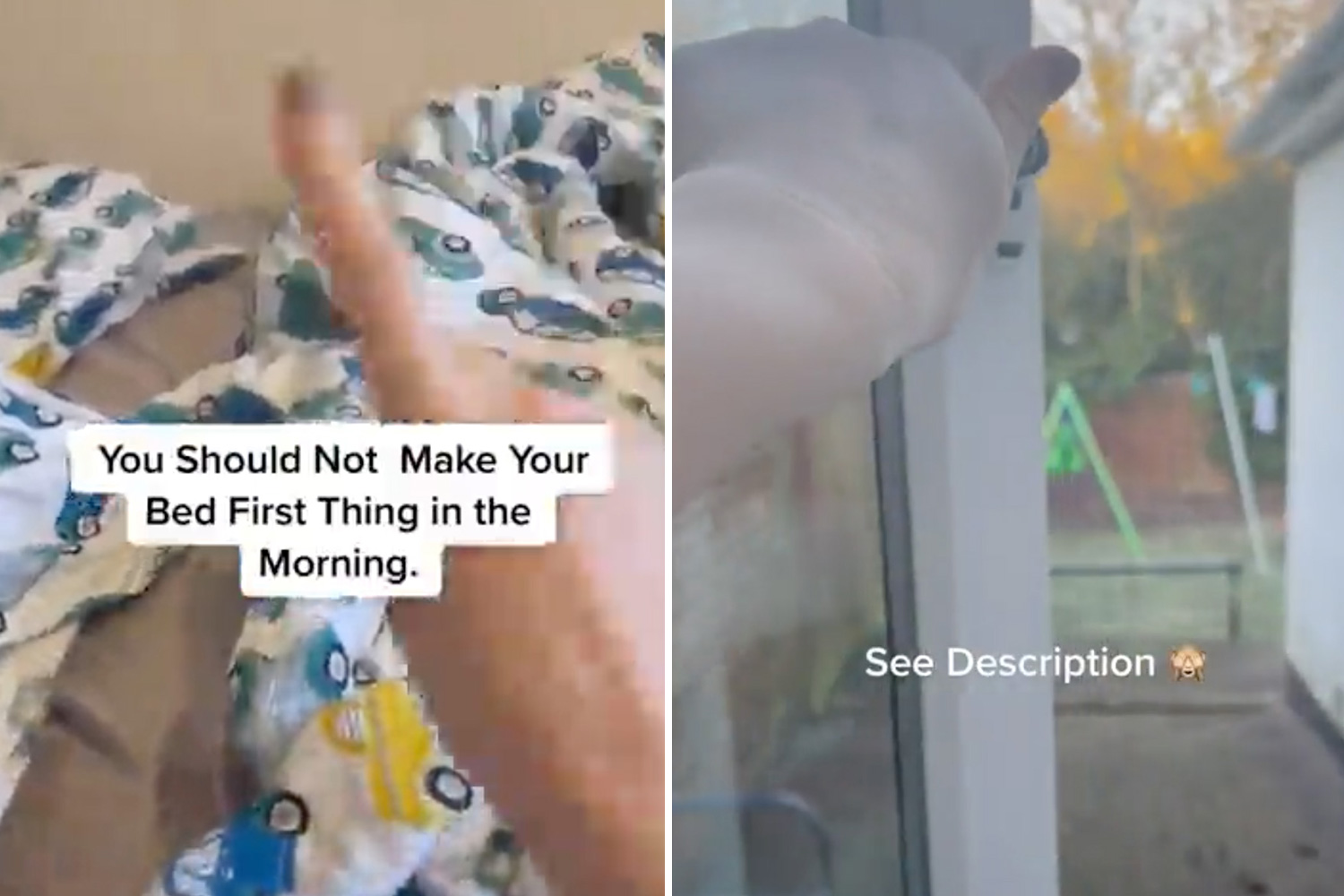 "I don't understand the issue.here we just put em all out wherever we want, as long as its not blocking a car," another added.

Others praised Payton for coming up with the revenge plot, with one commenting: "You know she went back in the house cursing y’all out! 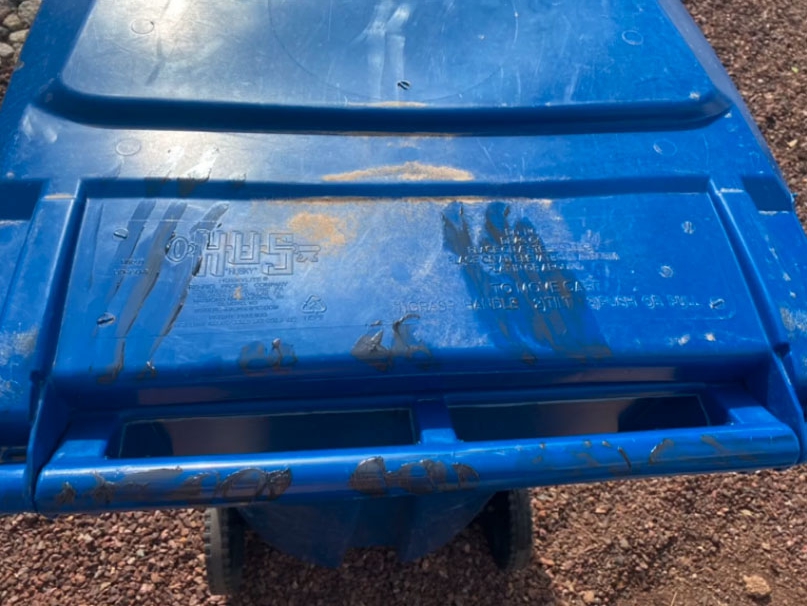 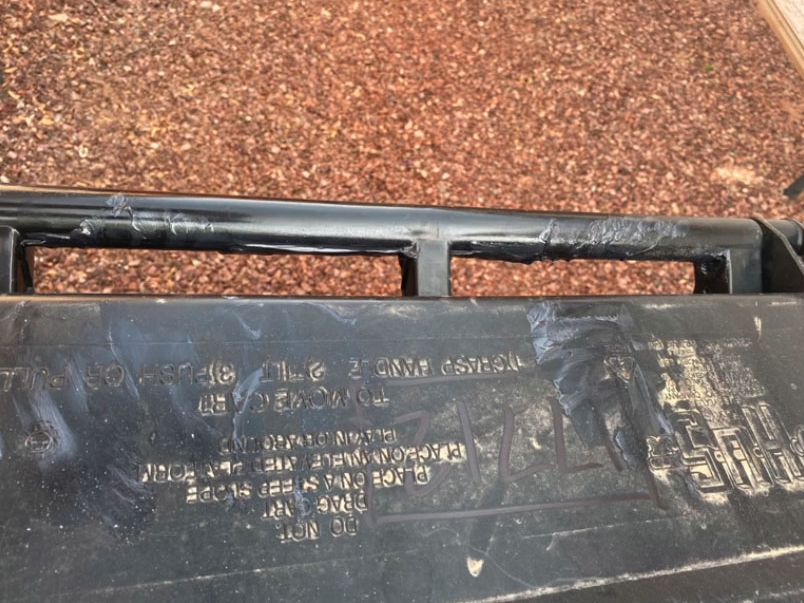 "OMG put some of that crazy colour temp colour underneath cause it's stains hands for days and it's easier to clean off after," another suggested.

In a further video on her TikTok page, Payton admitted that Linda had toned things down somewhat since finding out she was featuring heavily on the social media site.

Speaking of rows between neighbours, these grew cross after finding out an extension had been built on their land.

These neighbours are rowing about a fence being built in the middle of their shared driveway.

And experts reveal the garden addition that will add thousands to your house.