After weeks of having periods which caused her to bleed so heavily it leaked through and stained furniture, the 38-year-old from Crawley finally went to see her local GP. 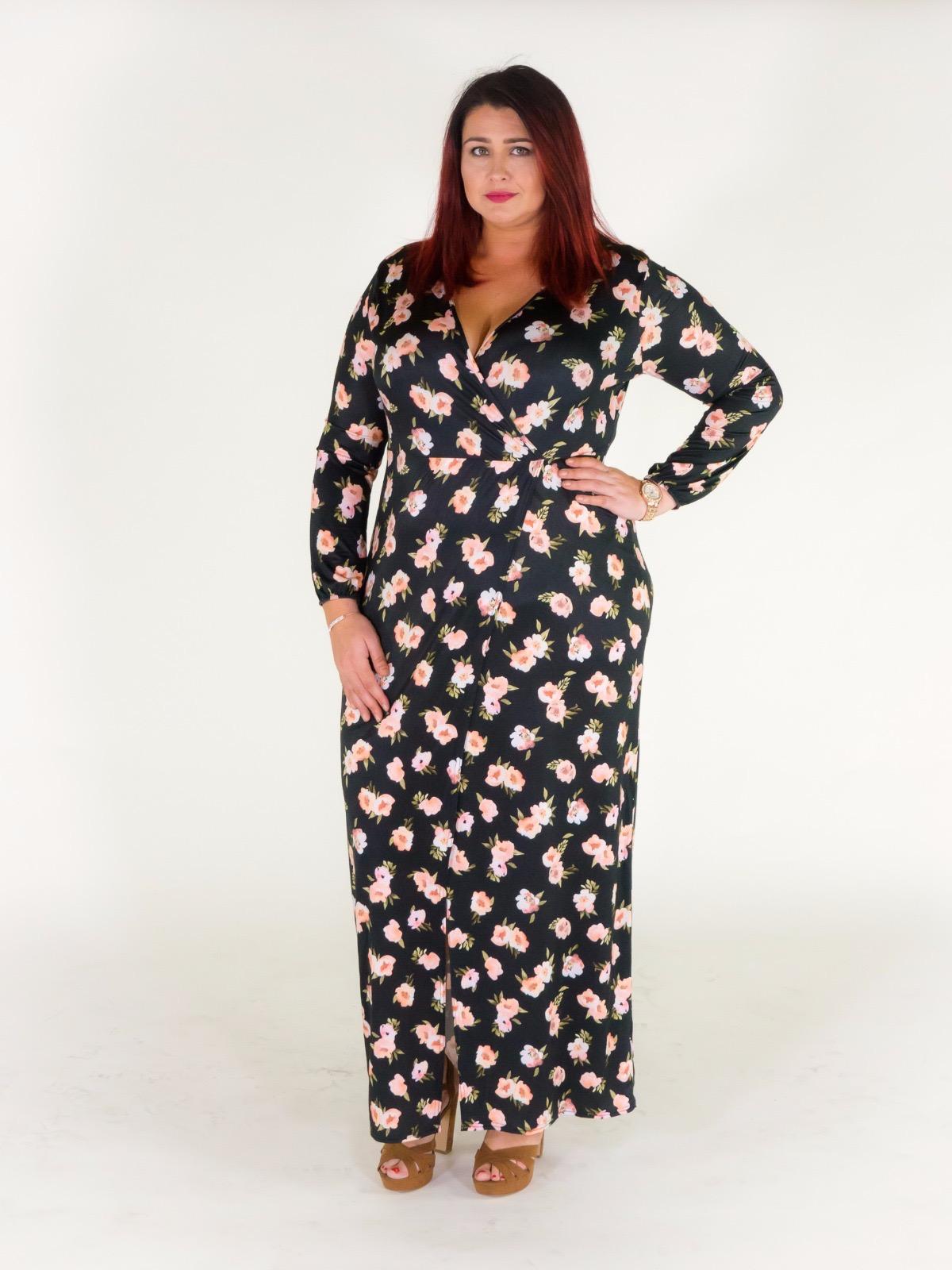 To her horror, the doctor dismissed her symptoms as being down to her weight – a misdiagnosis that almost cost her her life.

Here she shares her shocking story with Fabulous Digital…

AS the GP invited me to sit down and tell him what was wrong with me, I took a deep breath.

I’d been feeling ill for weeks and having long, heavy periods and irregular bleeding. I’d always had normal periods before so I knew something was wrong. 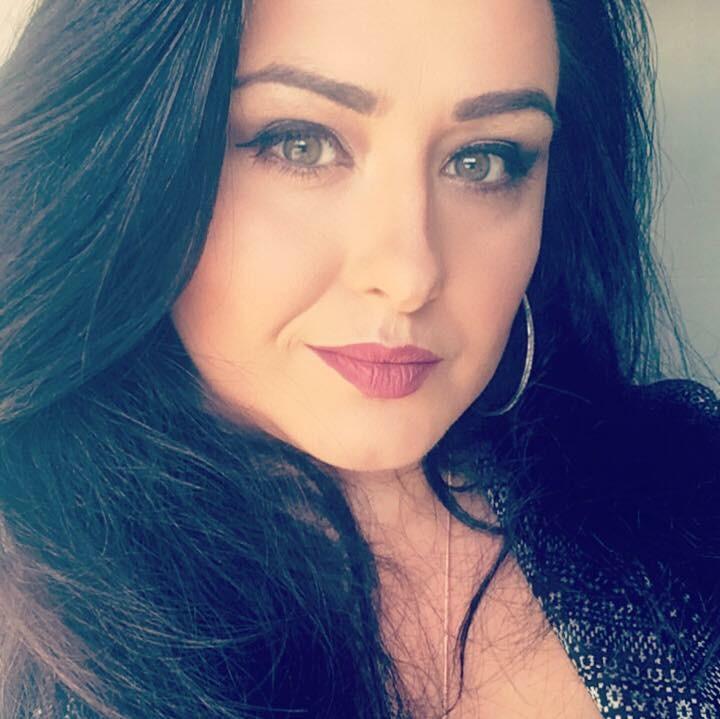 I explained my symptoms, revealing I’d also been suffering from abdominal pain, bleeding after sex and generally felt pretty unwell.

I paused, expecting my GP to look concerned and ask to examine me or refer me for urgent tests.

Instead he leaned back in his chair and raised an eyebrow.

“Well, you are overweight,” he said, bluntly.

For a moment I was speechless. My mouth gaped open.

I also didn’t understand why the doctor was bringing my weight into this. I was bleeding badly – a lot of the time. What on earth did my dress size have to do with it?

The GP saw I was upset and told me that weight could affect hormones. He explained that carrying extra pounds can affect females in lots of ways, including their periods. 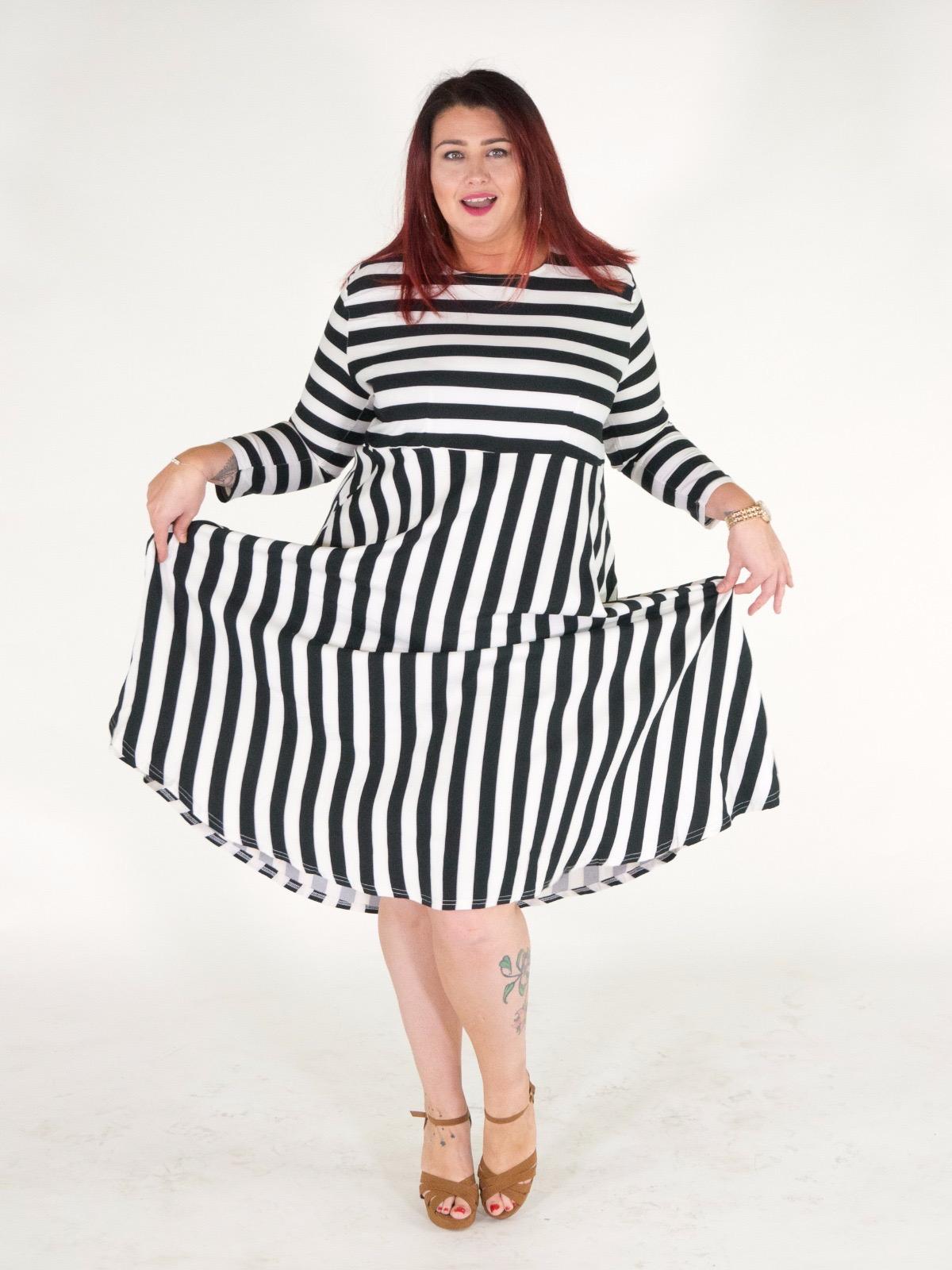 It’s hard to argue with a doctor but I tried to fight my corner.

“My periods soak through a tampon, a super thick towel and my trousers in half an hour,” I explained. “I’m sure something’s wrong.”

He just shook his head and told me to go home and lose weight. I stumbled out of the surgery in tears.

My symptoms carried on. Over-the-counter painkillers wouldn’t ease the cramps in my stomach and I now bled so heavily that it leaked through my clothes and stained my sofa.

I found it hard to believe that all of this was down to weight gain, but I considered trying to lose a few stone – by this point I was desperate.

I told my late partner Benn and my mum, who were both horrified.

Benn was very supportive and urged me to go back to see the doctor. 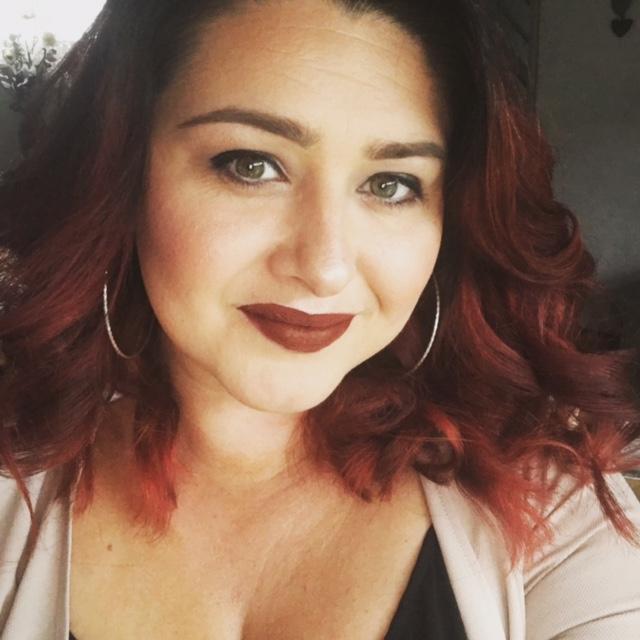 I had two children (then aged 11 and 15) who needed me. If I was seriously ill and the unthinkable happened, what would happen to them?

“I can’t ignore this,” I told myself and booked another GP appointment.

When I went back, a locum doctor sat in my usual GP’s chair.

“I know I’m overweight,” I began. “But please listen to my symptoms…”

I told him everything. Instead of berating me about my weight or telling me to diet, he said nothing about weight at all.

He looked concerned and said: “I’m referring you for a scan.”

Days later I had internal and external scans of my womb and my ovaries at hospital. Afterwards a consultant came to see me looking very concerned.

“You have cysts and tumours on your ovaries,” he told me. 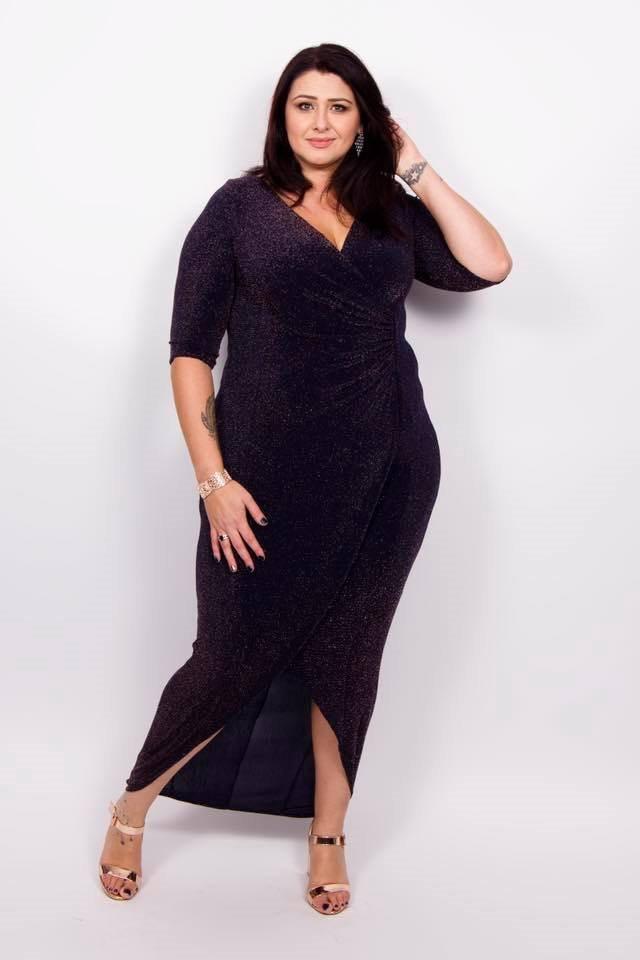 “That’s what was causing the bleeding and pain.”

I sat stunned as he explained one tumour measured a huge 10cm across. He told me there was no time to wait – I needed surgery to remove it.

“It could be ovarian cancer,” he warned.

I went home in shock. I kept shaking my head in disbelief. A doctor had told me all this was because I was overweight. In short, he’d fat-shamed me and it didn’t bear thinking about what would have happened had I listened.

I had surgery days later to remove my entire left ovary along with cysts from my right ovary.

I stayed in hospital for two days. A few days later the consultant confirmed that the tumour on my left ovary was cancerous.

What are ovarian cancer’s signs and symptoms?

AROUND 7,000 women each year are diagnosed with ovarian cancer, making it one of the most common types of cancer in women.

Ovarian cancer affects the ovaries, which are a small pair of organs located in the female pelvic cavity.

They are an important part of the female reproductive system as they connect to the womb and store eggs.

If you have ovarian cancer, cells in or around your ovaries start to grow abnormally which can lead to tumours.

Ovarian cancer may affect one or both of your ovaries, and there are several types that can affect women of all ages.

Many symptoms of ovarian cancer are hard to recognise as they are similar to conditions such as irritable bowel syndrome (IBS).

Others have mistakenly thought that the swelling is a result of pregnancy.

Things to look out for include:

The treatment for ovarian cancer depends on the type and how far spread it is.

If the cancer has spread too far around the body, the aim of treatment will be to help reduce symptoms and to control the cancer as much as possible.

A number of things can increase your risk from ovarian cancer, including:

But he had some good news – it hadn’t spread. They’d managed to get it all out so I didn’t need any further treatment.

I went home feeling I’d been given a second chance at life.

But in the days that passed, I went from feeling thankful to incredibly angry.

My GP had dismissed my serious symptoms which pointed to ovarian cancer simply because of my weight. 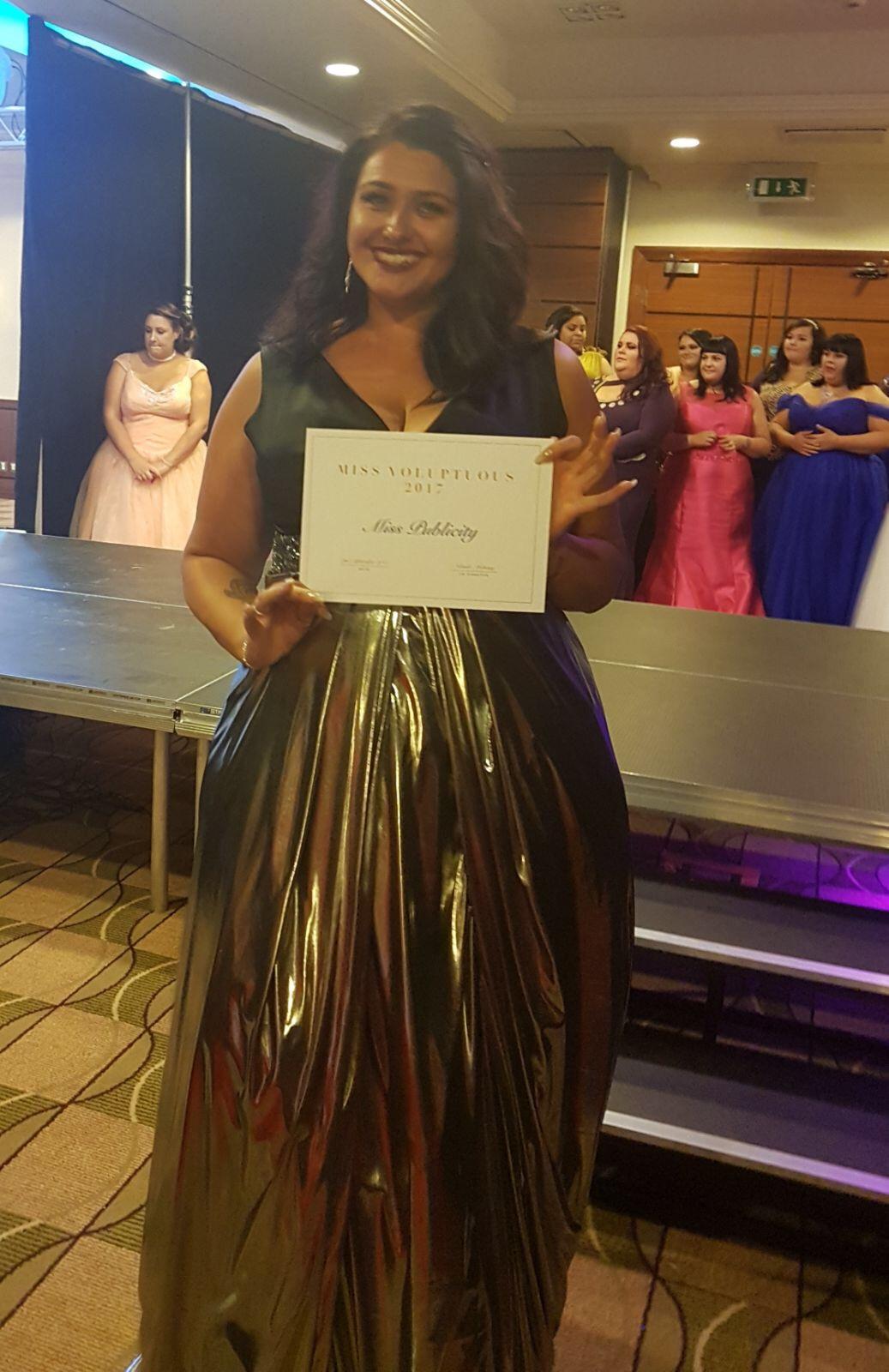 If I’d listened to him, the cancer could have spread and I could have left my kids without a mother.

Since then I’ve talked to countless other women who say their doctors have blamed their health conditions on their weight without really taking them seriously.

I’m now keen to promote body positivity and encourage all women to trust their instincts and not be fobbed off by doctors who blame their weight for their poor health.

Fat-shaming could have robbed me of my life. Visit Michelle’s website here.

We previously told how talcum powder "could cause ovarian cancer", experts warn.