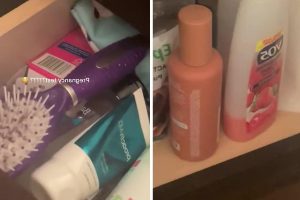 A WOMAN has revealed the incriminating discovery she made in her Tinder match’s bathroom after heading back to his after a date.

TikTok user Elle shared footage of the grim secret she uncovered while back at his place in a video that has now received over seven million views. 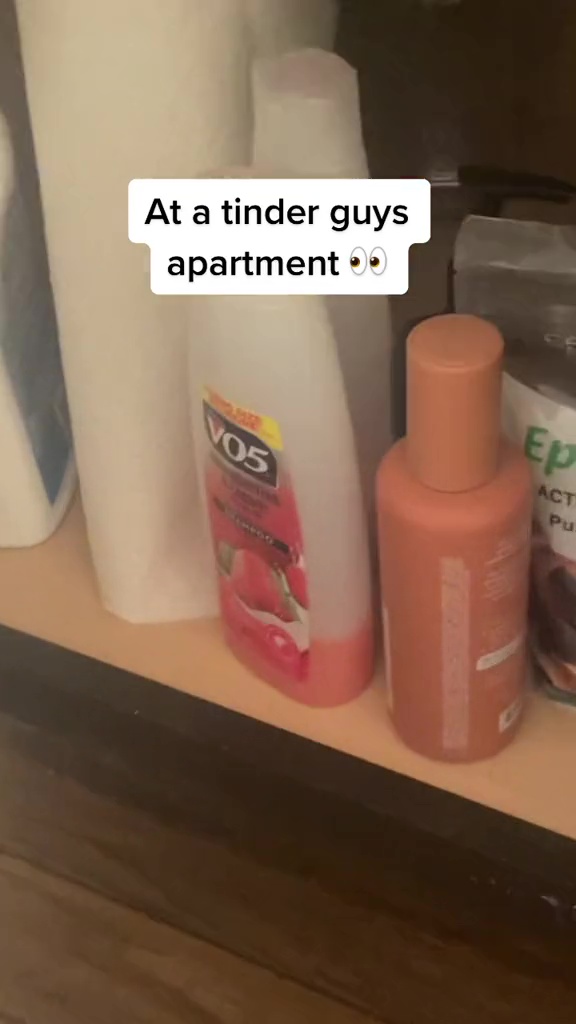 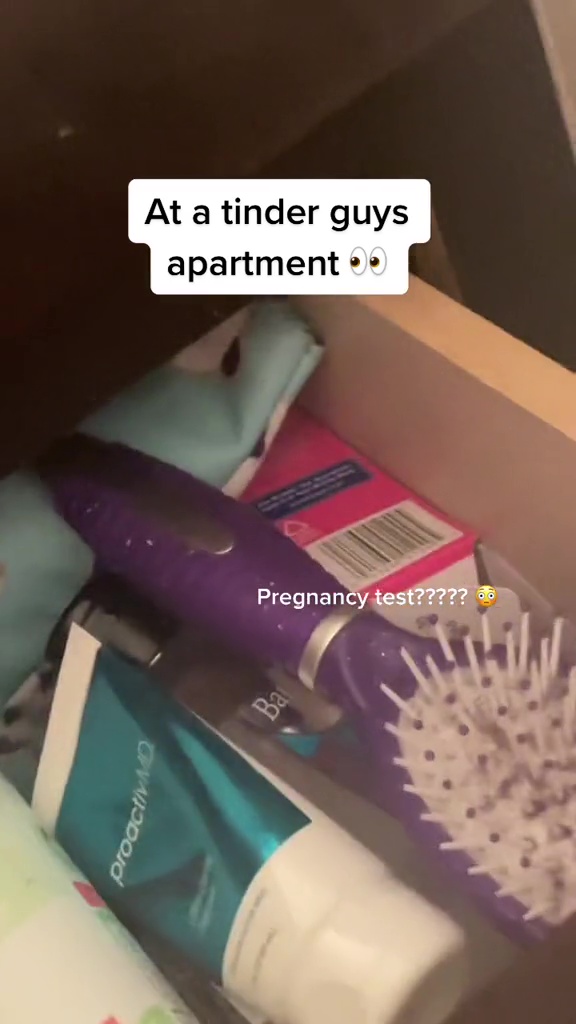 Captioning her clip, “At a Tinder guy’s apartment” she proceeds to film the contents of his cupboards under the bathroom sink.

The first thing she comes across is a pink, floral scented shower gel, which is not necessarily incriminating as the bloke may just be into his scents.

But in a second drawer she uncovers a face wash, hair brush containing several long hairs and then finally what appears to be a pregnancy test.

Viewers were left horrified by her discovery, sharing their outrage in the comments.

One wrote: “That bathroom is too clean to be a single guy’s.”

“ALWAYS CHECK THE DRAWERS,” wrote another, while a third added, “Straight up ask him if he has a girlfriend.”

While some accused Elle of snooping she explained that she had been out with her date five times and had been looking for a spare toilet roll.

She later revealed that she had discovered the truth about her bloke thanks to one of his friends.

She wrote: “UPDATE! He had a long term gf of 7 months.

“I found her through his friend, told her and now we’re friends and his ass is single!”

In other relationship news, this woman was blown away after a lad took her to The Shard on their first date – then got a HUMILIATING text from his girlfriend.

Plus this woman spent hundreds on her man’s Christmas gifts but found out he’s not getting her anything.