Boombod is the new diet shake on the block which celebs and influencers are going mad for, with boxes of the stuff popping up all over social media. 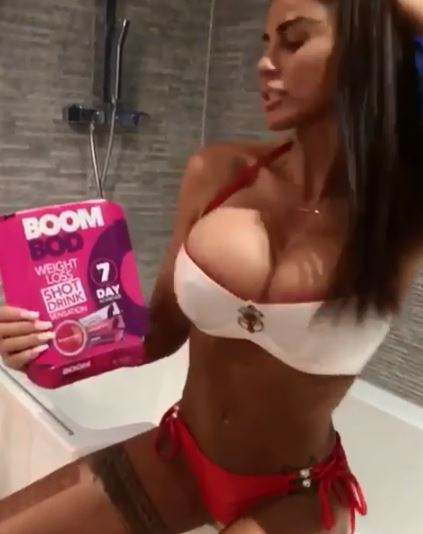 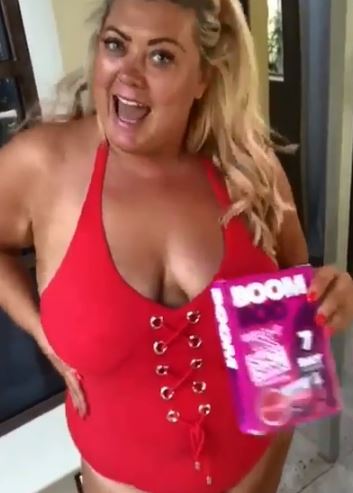 It claims to work by filling you up so much that you can't eat more than you need, kind of like a non-surgical gastric band.

But just how safe and effective can it really be?

How does Boombod work?

Boombod is a weight loss "shake drink" which you're supposed to drink three times a day for at least seven days. 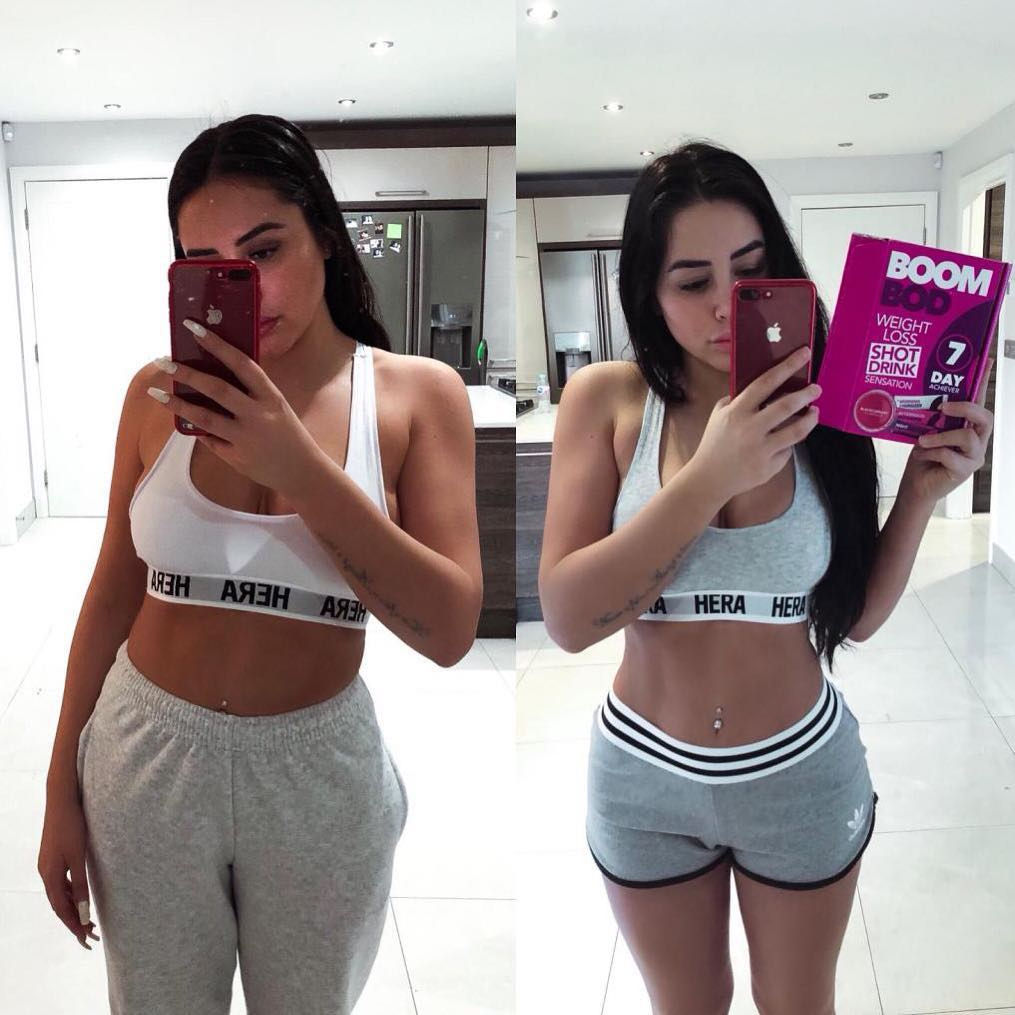 All you have to do is mix the powder with a little water, knock it back and that's it.

You've got a "morning energiser", an "afternoon motivator" and a "night rejuvenator", and each sachet claims to have a different mix of vitamins to support your health best at various parts of the day.

The shots claim to work by filling you up with a natural active ingredient called glucomannan.

That's a natural fibre substance which turns into gel in the stomach – expanding and leaving less room for food, reducing your appetite and helping you eat less. 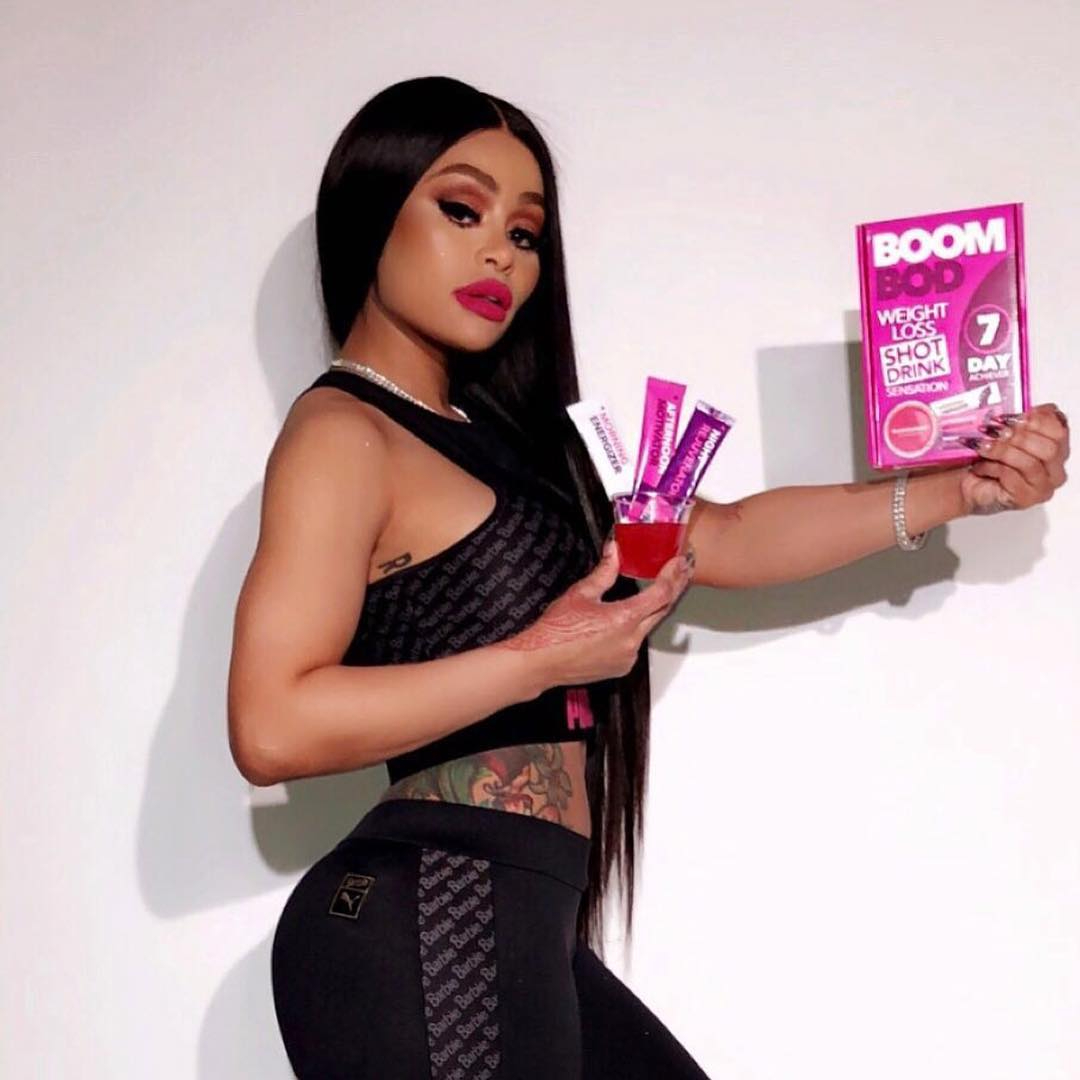 Boombod claims it's something that's been used in Far Eastern cultures for centuries.

"It also sweeps through the digestive tract collecting food particles and toxins, performing a thorough cleanse without laxative effects."

And BoomBod claims you can see the results in as little as one week.

Does it genuinely lead to weight loss?

It's a form of soluble fibre and is found naturally in fruits, veg and oats.

"Soluble fibre can help to reduce hunger and slow down the absorption of food from the gut," Dr Sarah Jarvis, clinical director of patient.info told The Sun.

But she says that BoomBod is misleading in the way it suggests that glucomannan stays in the stomach for hours – keeping you full for ages.

"They suggest it partly fill the stomach, leaving less room for food and allowing you to feel more food.

"We do suggest that to an extent, foods high in soluble fibre have this effect – although the suggestion that it sits in the stomach for hours is wrong.

"It absolutely does not help to burn fat."

How safe is Boombod?

Disordered eating and attitudes towards food aside, taking glucomannan supplements can be quite dangerous.

Dr Jarvis says that if you don't take it with enough water, it can "gum up the gut – there have been reports of the gullet and gut becoming obstructed by it".

Oh, and there is a possibility that you may choke on it too.

"Technically it could cause choking if you don't drink alongside taking this as the glucomannan may expand in your throat/oesphagus before it reaches the stomach," warns nutritionist, Sarah Flower.

"But generally, it considered to be safe."

It says that it doesn't contain any laxatives… is that true? 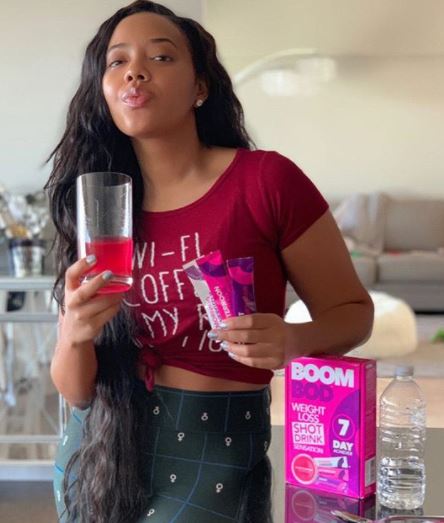 The product doesn't contain caffeine or official laxatives like senna but glucomannan is itself a natural laxative.

"All soluble fibre has a laxative effect – that's one of the reasons that doctors recommend it," explains Dr Jarvis.

Leading Harley Street Nutritionist and author Rhiannon Lambert told The Sun that because glucomannan is a water-soluble dietary fibre, it acts as a "bulk-forming laxative".

"This means that people may get diarrhoea, flatulence and bloating as side effects."

Although the company says that the ingredient has been cleared by the European Food Safety Authority, Rhiannon says that we shouldn't just take that at face value.

"We should be careful about any claim taken out of context of a given study," she advises. 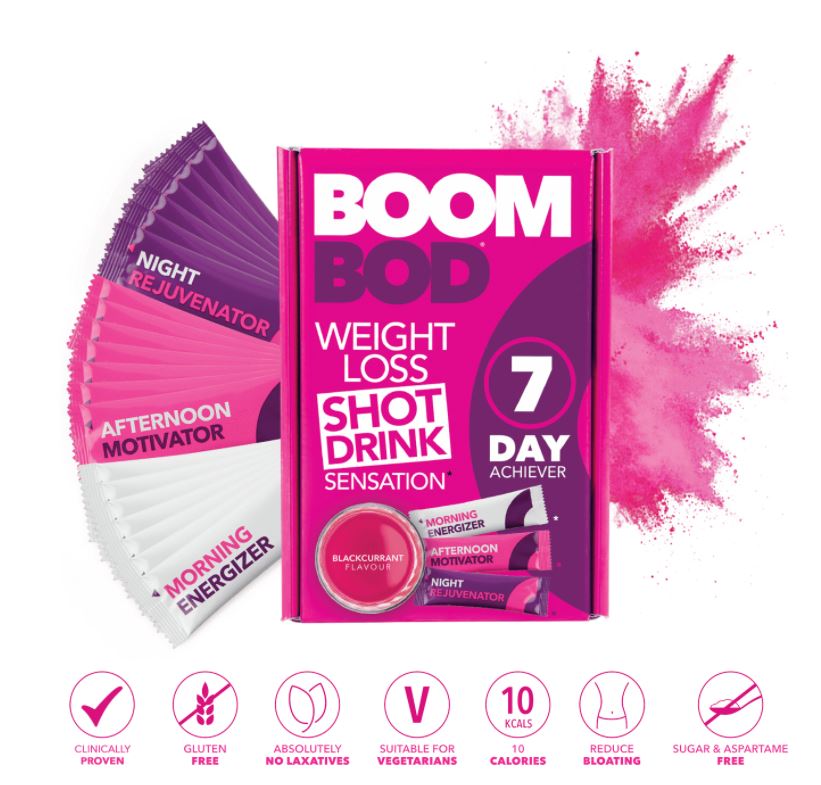 "We should remain sceptical over any 'miracle' weight loss claims here.

"Healthy weight loss is something that takes time, and from my experience, those who embark on any form of restrictive diet are often those who put the weight back on afterwards.

"As opposed to promoting diet culture and fads, we should be trying to promote a healthy relationship with food. Long term sustainable weight loss is best achieved through diet and exercise and this will always trump an instant fix!"

How do you account for all the celebs who have lost weight on Boombod?

It's just a matter of simple maths.

You might lose a little weight on BoomBod but "no more than reducing calories in any other way", nutritional consultant, Ian Marber, told The Sun.

"If you eat fewer calories then you will lose weight – how one does it is up to you, but these types of products do nothing to change habits, instead they promote the notion that hunger, appetite and eating are enemies that have to be fought." 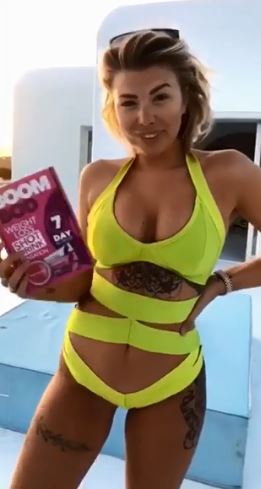 Some people may find that simply taking a shake helps them to focus on what else they put into their body and encourages them to work out more.

Others will try it and find that an increase in fibre makes them fuller because they don't get enough soluble fibre in their day-to-day diets.

Unless they overhaul what they eat in general, all that water weight they've lost will just pile straight back on once the week is up.

"When you don't feel hungry, you don’t eat as much and therefore you can lose weight – a very simple concept that for some can work, though for me it does not teach good eating habits and making long-term dietary changes for health.

"Some could lose weight in a week, others may struggle and have slower loses – it depends on metabolism, how much weight one has to lose and the diet used alongside aids like this.

"BoomBod is not something I'd use to aid weight loss in my clinics as I prefer to educate on food, diet and lifestyle changes, but for some, it could be a useful tool."

So, it might help you to feel fuller for longer but you could get that simply by upping your fruit, veg and wholegrains consumption.

If you want to lose weight and keep it off, you're much better off overhauling your diet so that it's healthy and sustainable – and filling.

BoomBod may help you shed a load of water weight in seven days but unless you commit to a lower-calorie, balanced diet that works alongside an active lifestyle, you'll just regain the weight – and possibly add more on.

Katie Price told us that she didn't want to comment on our claims, and The Sun has reached out to BoomBod and all the other brand ambassadors mentioned in this article for comment.