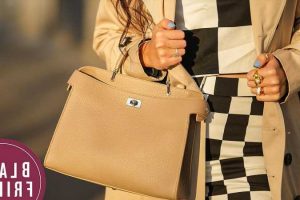 Even on a normal day, you can count on Nordstrom Rack for deals you normally only see when Black Friday rolls around. Not only that, but its massive Clear the Rack sales have become something of a not-so-secret insider's way of shopping all the best designer clothes, handbags, shoes, and beauty at prices that make you feel like there's a glitch in the matrix.

So, naturally, the retailer's actual Black Friday sale is one not to be missed. And this year's sitewide markdowns certainly did not disappoint. Right now, you can save up to 65 percent on Kate Spade, Jeffrey Campbell, Levi's, and hundreds more beloved brands. Oh, and did we mention prices start at just $8?

While it's almost like a reflex to book it straight to the dress section to see what velvety, number you can snag in time for that holiday party that's just around the corner, we're here to help you make the most of the markdowns. And that means stocking up on the things you wear every day. They may not be the most glamorous of purchases, but Black Friday is actually the best time to save on bras, underwear, and other essentials. Nordstrom Rack must have taken note, because shopper-approved shapewear and VPL-free styles are included in the markdowns, too.

The more obvious highlights of the event of course include the many clothes, shoes, and bags on sale, but it also has a beauty section that's not to be slept on. From refurbished Dyson hair tools to luxe skincare, it has a little bit of everything for everyone on your list — and of course, yourself. It's only fair.

Admittedly, even the most seasoned of shoppers can get overwhelmed by the Black Friday shopping hype — that's why we've cut through the noise for you. Keep scrolling to shop the best deals at Nordstrom Rack's Black Friday 2021 sale while you can.