Nursery teacher scolds mum for her son’s ‘unhealthy’ lunch box – but can you spot what’s ‘wrong’? 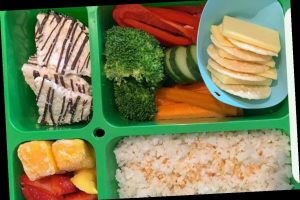 A MUM has hit back at her son’s nursery teacher after she was told that his lunchboxes were too “unhealthy.”

Taking to the Facebook group Lunchbox Ideas Australia, Katie, shared a snap of her tot’s packed lunch, which included rice, some cheese and crackers, fresh fruit, veg and some rice cakes. 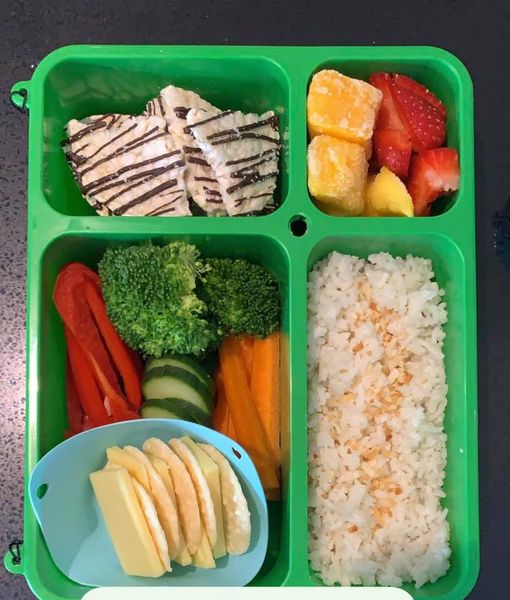 And it was the latter that had caused the stir, as Katie had drizzled the rice cakes with some dark chocolate.

Captioning her post, she wrote: “Has anyone ever been up against a kinder (nursery) who are extremely fussy with what you can send in your child's lunchbox?

“This fortnight it's been that he's not allowed to eat the rice cakes because they're drizzled with chocolate (I made these myself, the choc is 70 per cent dark chocolate, kind of think it's besides the point though),' she said.

“Pretty miffed at this point! They don't have any specific policies around lunchbox inclusions, only that we should send a ‘healthy lunch’.”

Fellow group members were equally outraged, with the majority agreeing it looked like a “very healthy” lunchbox.

One wrote: “They can't tell you what you can and can't send, they can guide you but at the end of the day it's your choice.”

“That looks amazing to me” agreed another, while a third wrote, “that’s insane, it looks so healthy.”

In other parenting news, this mum-of-four sparked a fierce debate over her kids' "massive" lunchbox.

And organised mum sparks debate after sharing photos of her kids’ packed lunches which she makes at 3am on Sunday mornings.

Plus organised mums share how they’ve breezed through back-to-school panic with labelling and lunchbox prep.

END_OF_DOCUMENT_TOKEN_TO_BE_REPLACED

END_OF_DOCUMENT_TOKEN_TO_BE_REPLACED
We and our partners use cookies on this site to improve our service, perform analytics, personalize advertising, measure advertising performance, and remember website preferences.Ok