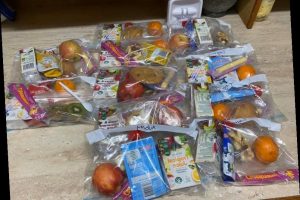 ALL busy parents would understand that finding a quick and easy way to prepare school lunches is absolutely paramount if it means finding time to get everything done.

But one busy mum's extremely organised method has divided the internet after she shared snap showing 11 zip lock bags perfectly packed with an array of fruit, yogurt,snacks and juice boxes. 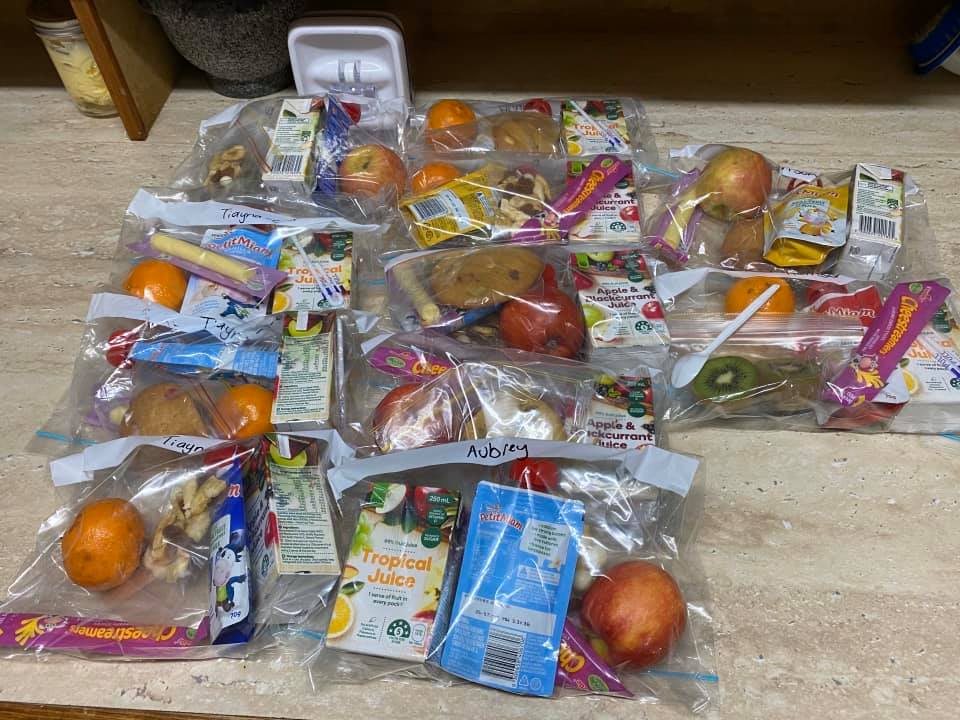 Sharing her method in the Mums Who Cook, Clean and Organise Facebook group, the mum-of-three revealed that prepares the lunches at 3am on Sundays to save time during the week ahead.

While many admired the Aussie mum's commitment, critics were quick to voice their concerns about the woman's approach to school lunches.

Many pointed out her excessive use of plastic and urged her to switch to something more environmentally friendly, such as cardboard.

But the negative feedback didn't stop there as many others felt the biscuits and processed snacks were completely unnecessary saying they were an unhealthy choice for young kids.

If I wanted people's negativity, I would ask my ex for his opinions.

"I'm sorry to be a negative Nelly, but maybe try some alternatives to all the plastic next time," one woman wrote in the comments.

While another stated adamantly: "Kids don’t need sugary drinks during the day."

But defending her choices, the mum said that she reuses the same bags every week and only uses them to store food until her children – aged four, five and nine – transfer it to their lunchboxes each day before heading off to school.

Fed up with the critics judging her, she eventually hit back in the best possible way saying: "If I wanted people's negativity, I would ask my ex for his opinions." 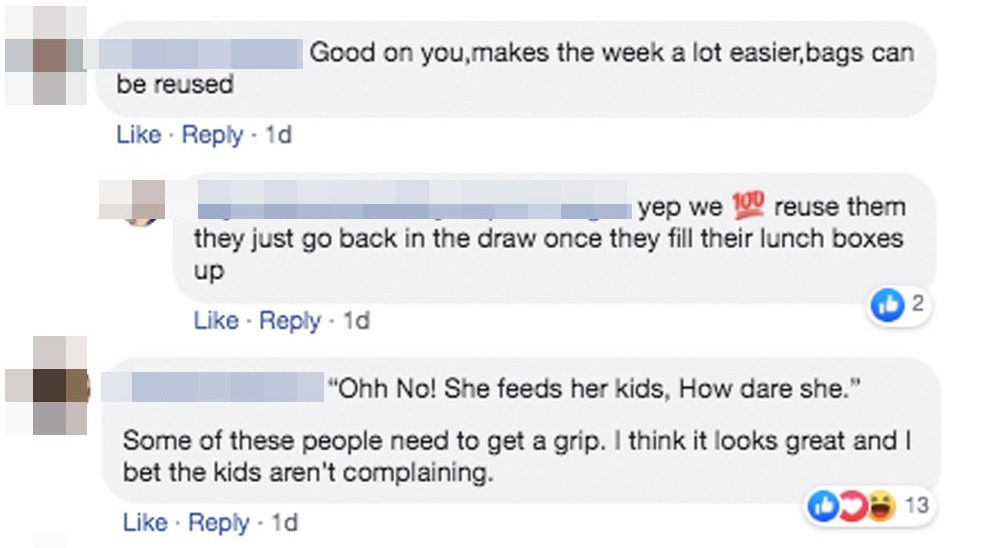 And added: "Don't sweat the small stuff. I don't take notice of it at all. Maybe its the few years of working in mental health that's toughened me up."

But it wasn't all bad as many jumped to her defence with the group administrator even warning that those negative posters would be blocked and banned from the group.

"It's your household and you know how to run it and how to be a great mum," she said.

"Everyone does it differently so, instead of putting c**p on here, why can't you look at it from a different angle and take something positive from this pic… I did and it will help me with my kids lunches in the evenings." 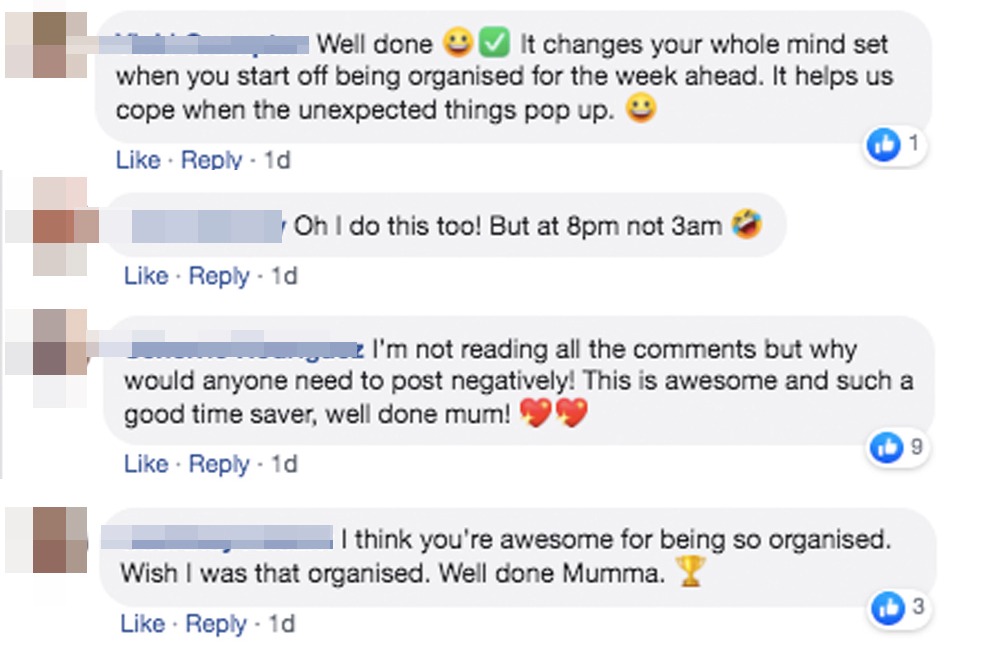 Completely ignoring the negative commentary, many praised the woman for her organisation and money-saving method.

"Well done. It changes your whole mind set when you start off being organised for the week ahead. It helps us cope when the unexpected things pop up," one mother said.

And a second added:"Go Mumma! I also reuse the sandwich bags for leftovers, school snacks and fruit and veg prep! They are a perfect way to keep stuff together and fresh and the fact they reseal is perfect".

In other news, a thrifty dad shares budget meal tips which have saved him hundreds and the kids’ meals are always healthy.

Meanwhile a neighbour demands mum stops her ‘loud’ 16-month-old ‘stomping’ around their flat in brutal note.