Home » Fashion » Oscars 2019: Marie Kondo 'sparks joy' as she makes surprise appearance at the Academy Awards… but some fans are confused why she is there

Oscars 2019: Marie Kondo 'sparks joy' as she makes surprise appearance at the Academy Awards… but some fans are confused why she is there

Tidying guru Marie Kondo, who has her own show in Netflix, delighted fans by making her Academy Awards debut in LA today. 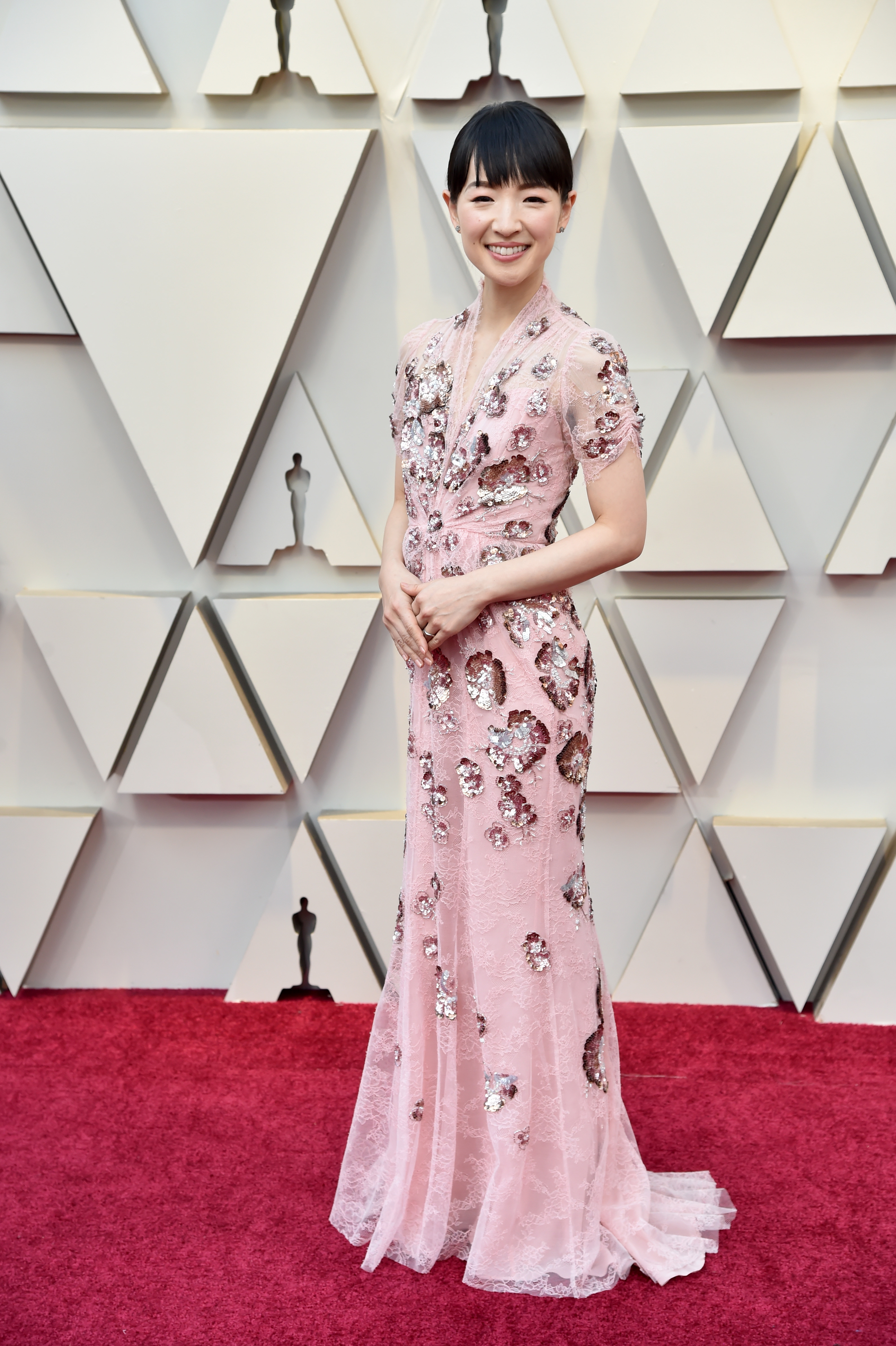 The dress was adorned with sequined flowers, and Marie accessorised with tiny stud earrings.

Marie wasn’t hired to help tidy up the red carpet, as some fans joked on Twitter, but she is attending the awards ceremony as a guest of Access Hollywood, according to Page Six.

Her role was to mingle with nominees and work the red carpet and there’s no doubt she looked very glamorous while doing so. 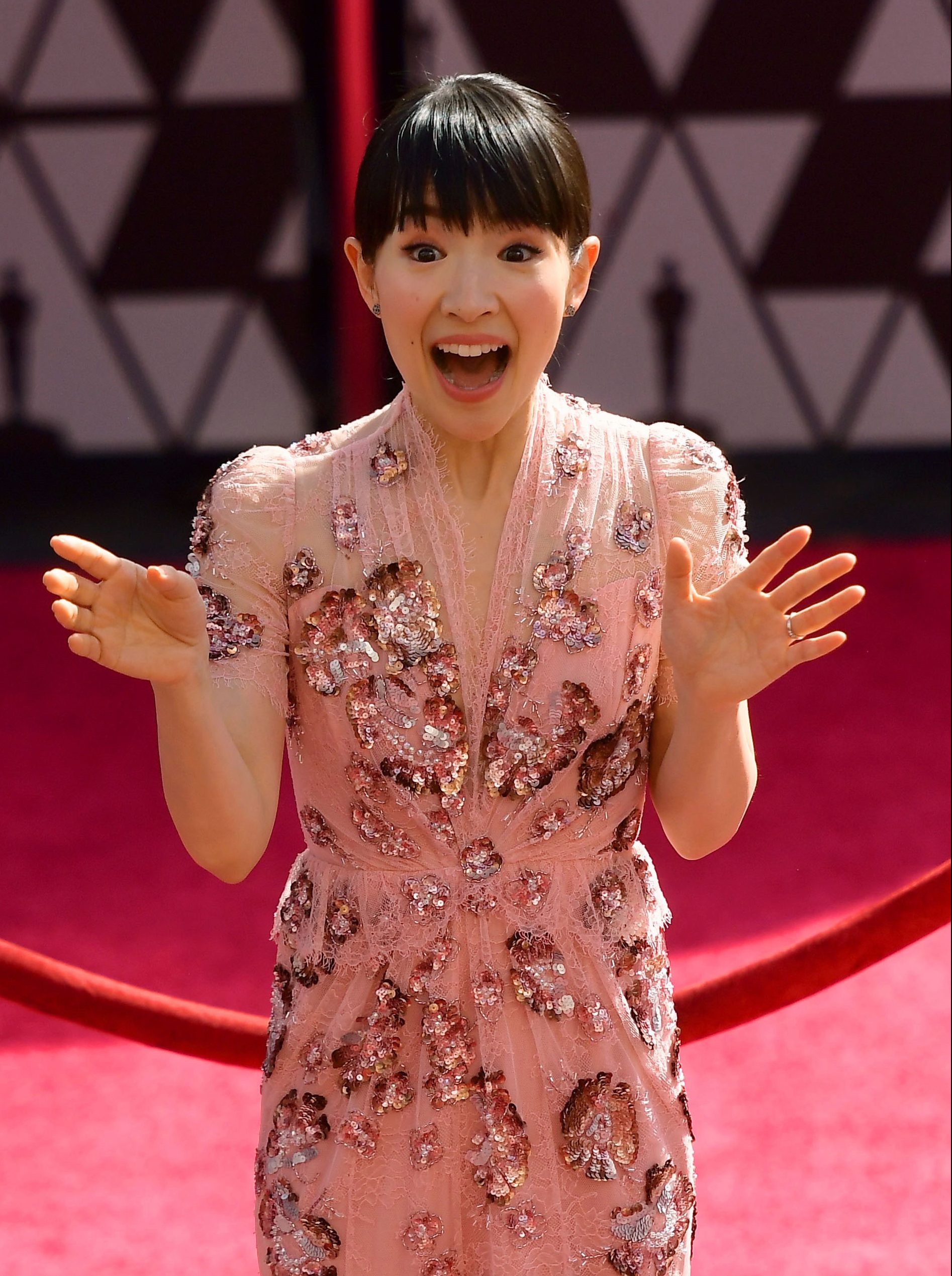 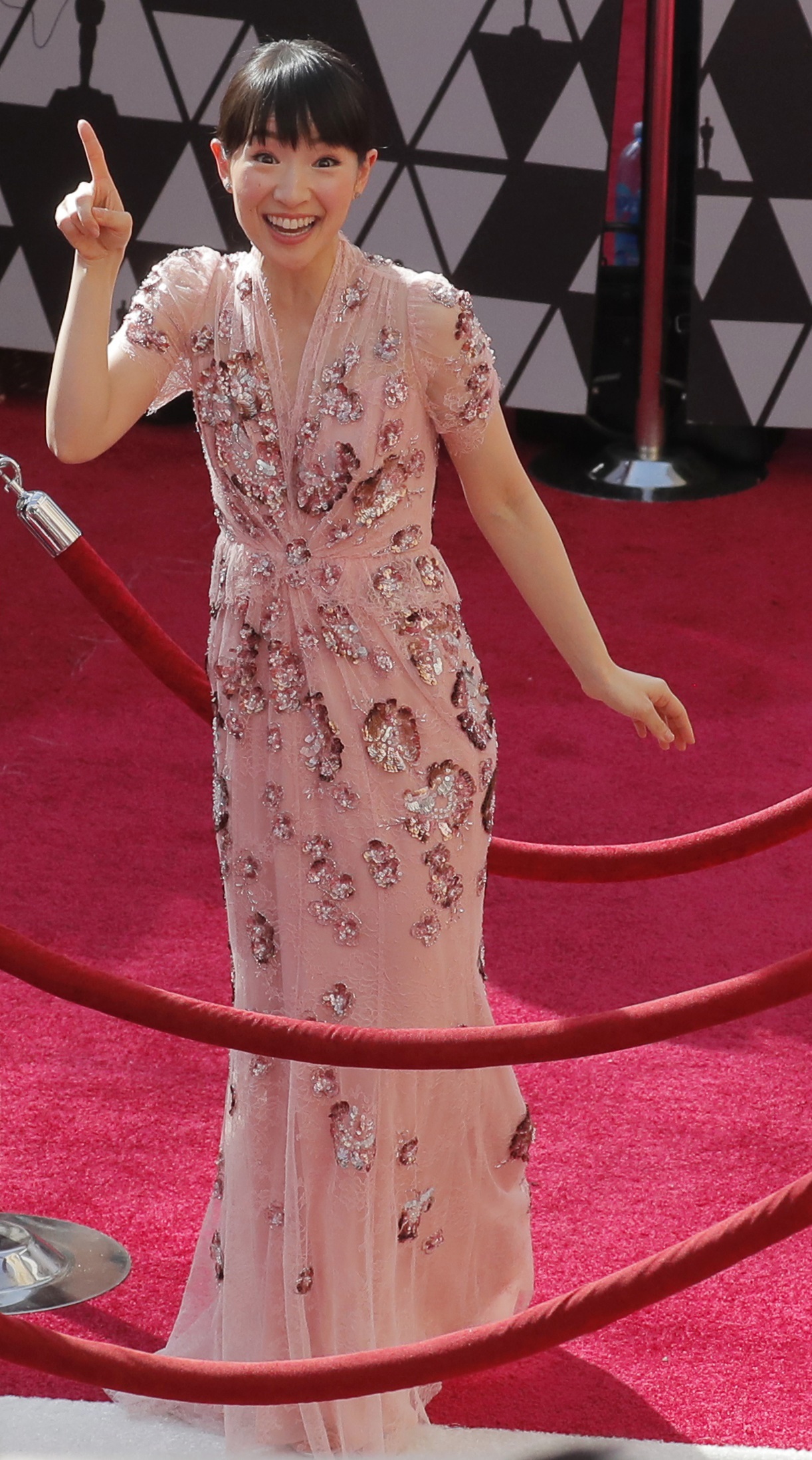 She was accompanied by her husband and manager Takumi Kawahara, with whom she has two children, Satsuki and Miko.

Marie’s now world-famous system of organising is known as the KonMari method.

It is based on the idea of gathering together all of your belongings, one category at a time, and then keeping only those things that "spark joy".

Each item you choose to keep then gets a designated spot in the home or office.

Marie’s 2011 book The Life-Changing Magic of Tidying Up: The Japanese Art of Decluttering and Organizing has taken the world by storm.

And now her Netflix show Tidying up with Marie Kondo has audiences hooked. 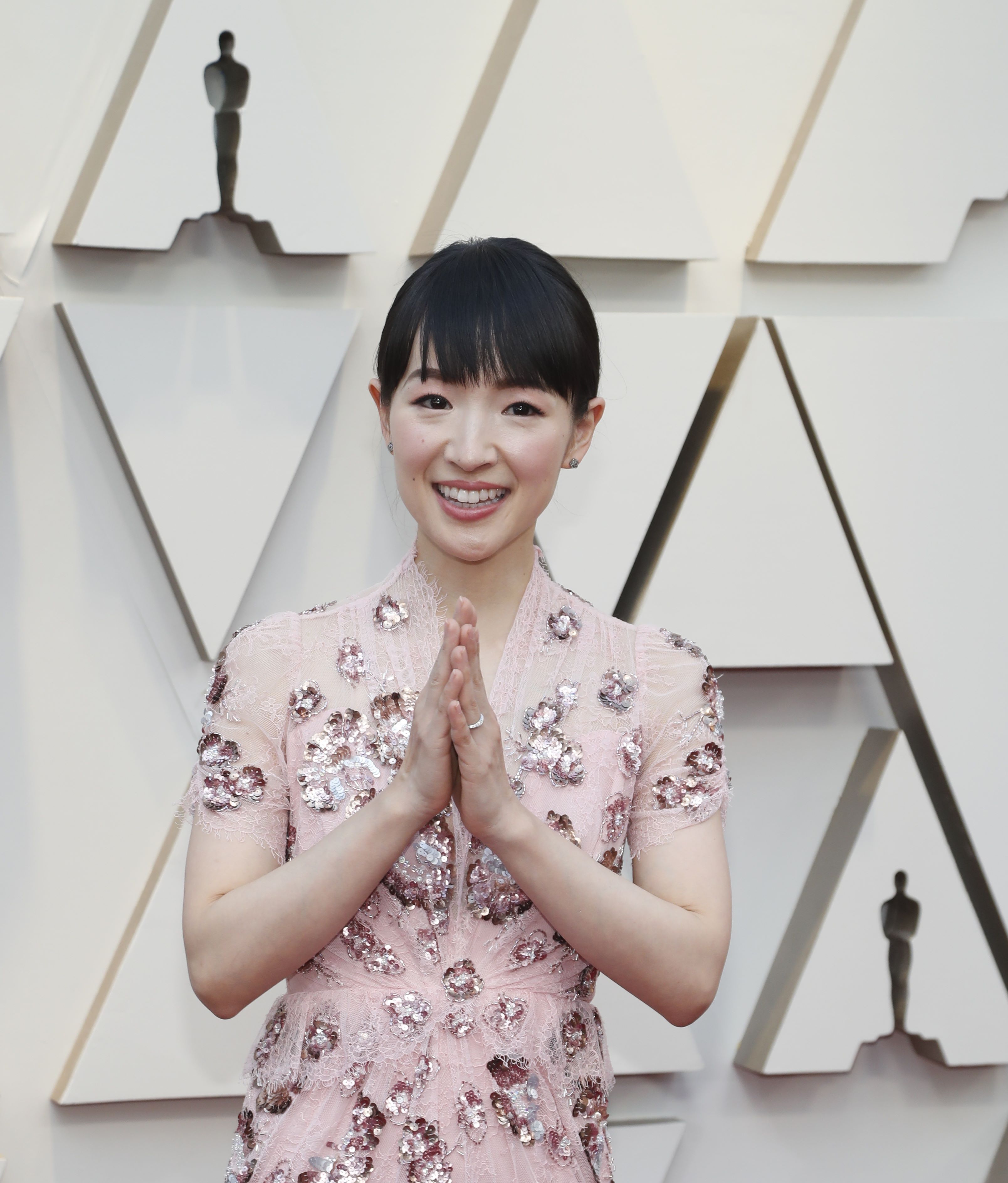 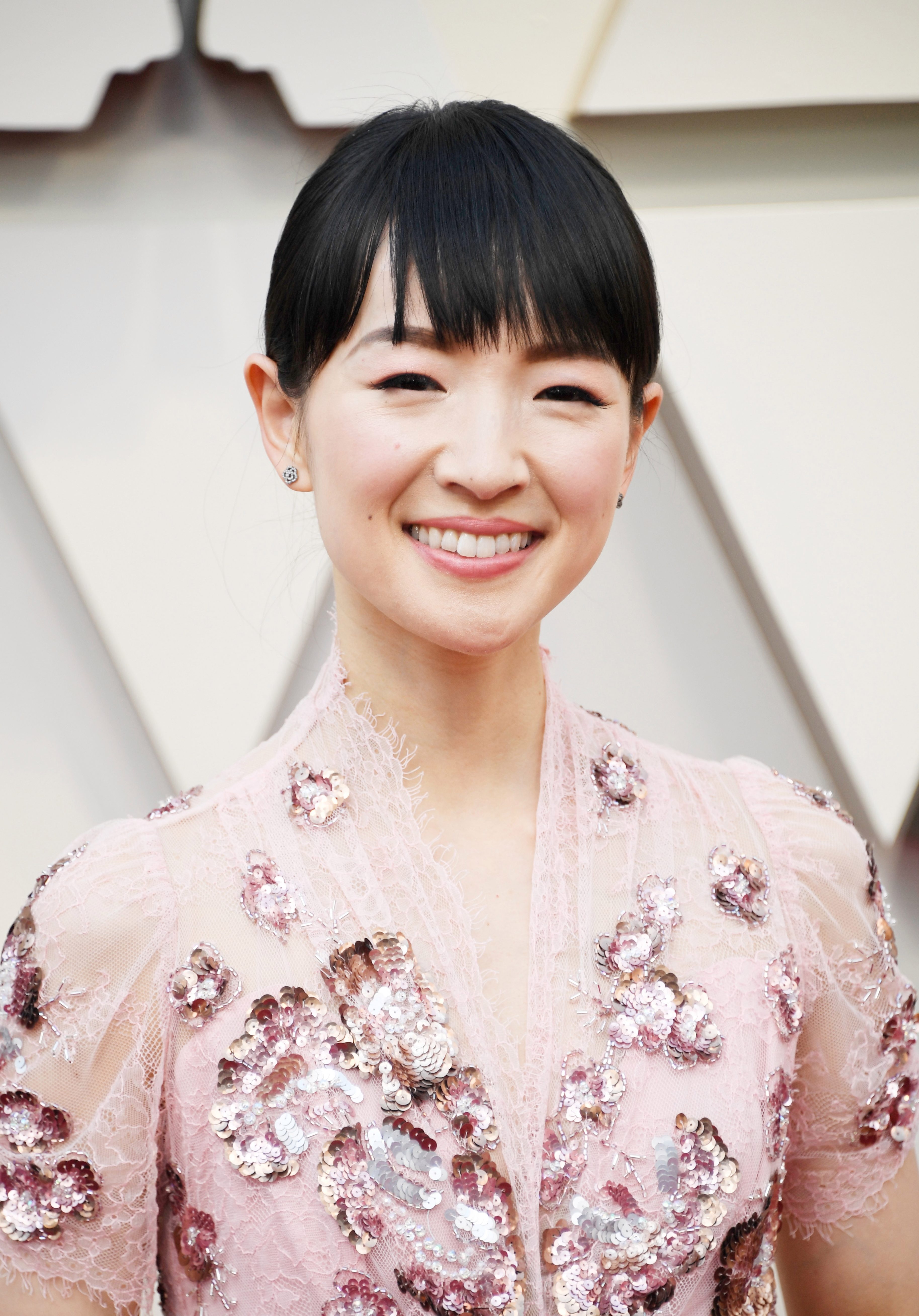 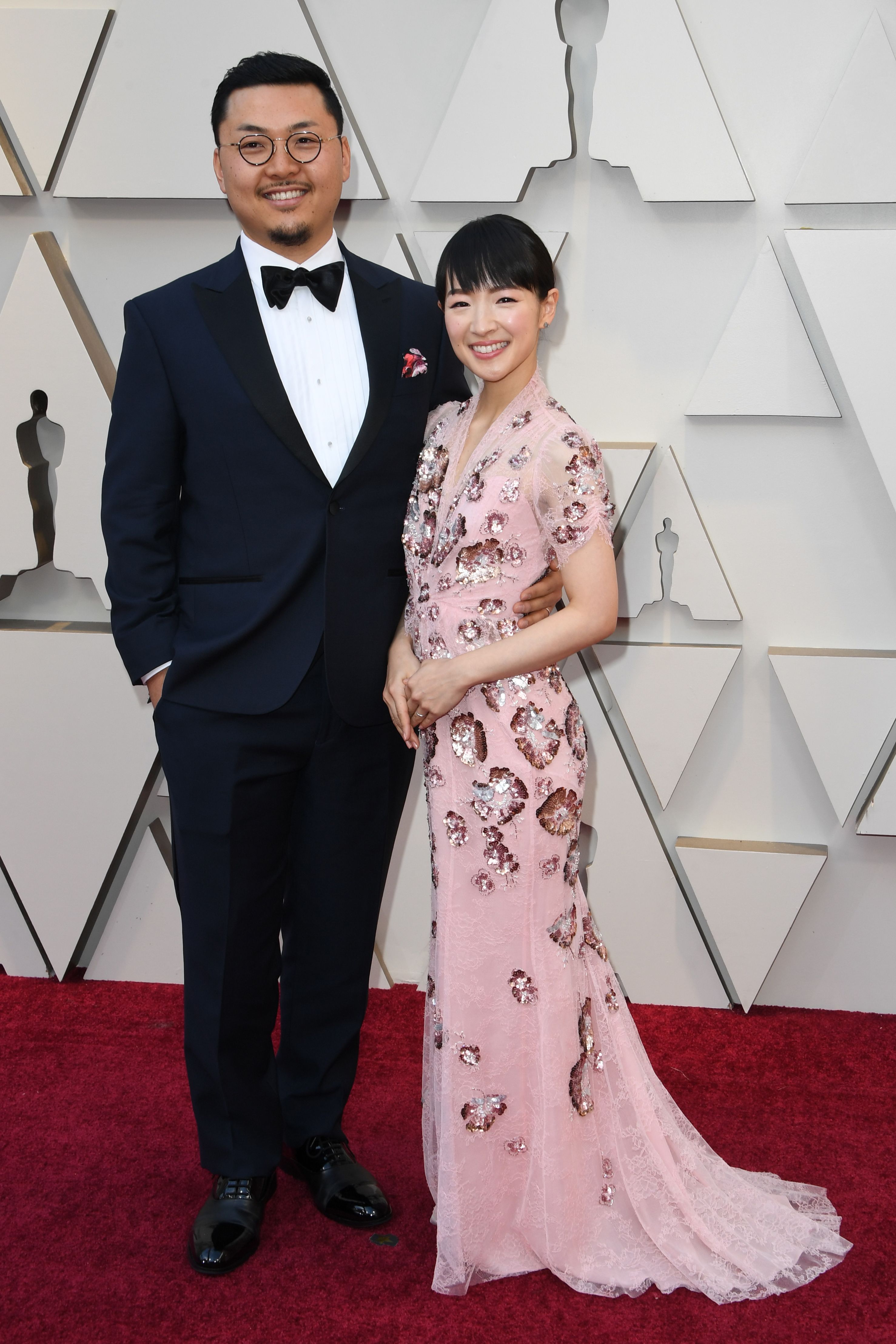 People were delighted and confused in equal measure about Marie Kondo’s appearance at the A-list Hollywood bash.

A Twitter user wrote: “I don’t care about the Oscars this year but why is Marie Kondo there?!”

Another person added: “the academy invited marie kondo to the oscars because she helped them realize that having a host brought nobody joy.”

One gushed: “No wonder the #Oscars are going so smoothly – Marie Kondo's there.”

These outfits may have raised eyebrows, but check out the best dressed from the Oscars this year.

And while many stars stunned, some of the celebs failed to hit the fashion mark, as these worst-dressed pictures show.

This year the Oscars are famously lacking a host after Kevin Hart stood down over alleged homophobic tweets.