A simple way to food shop from the comfort of your own home, it saves a lot of people time and you don’t have to navigate the queues. 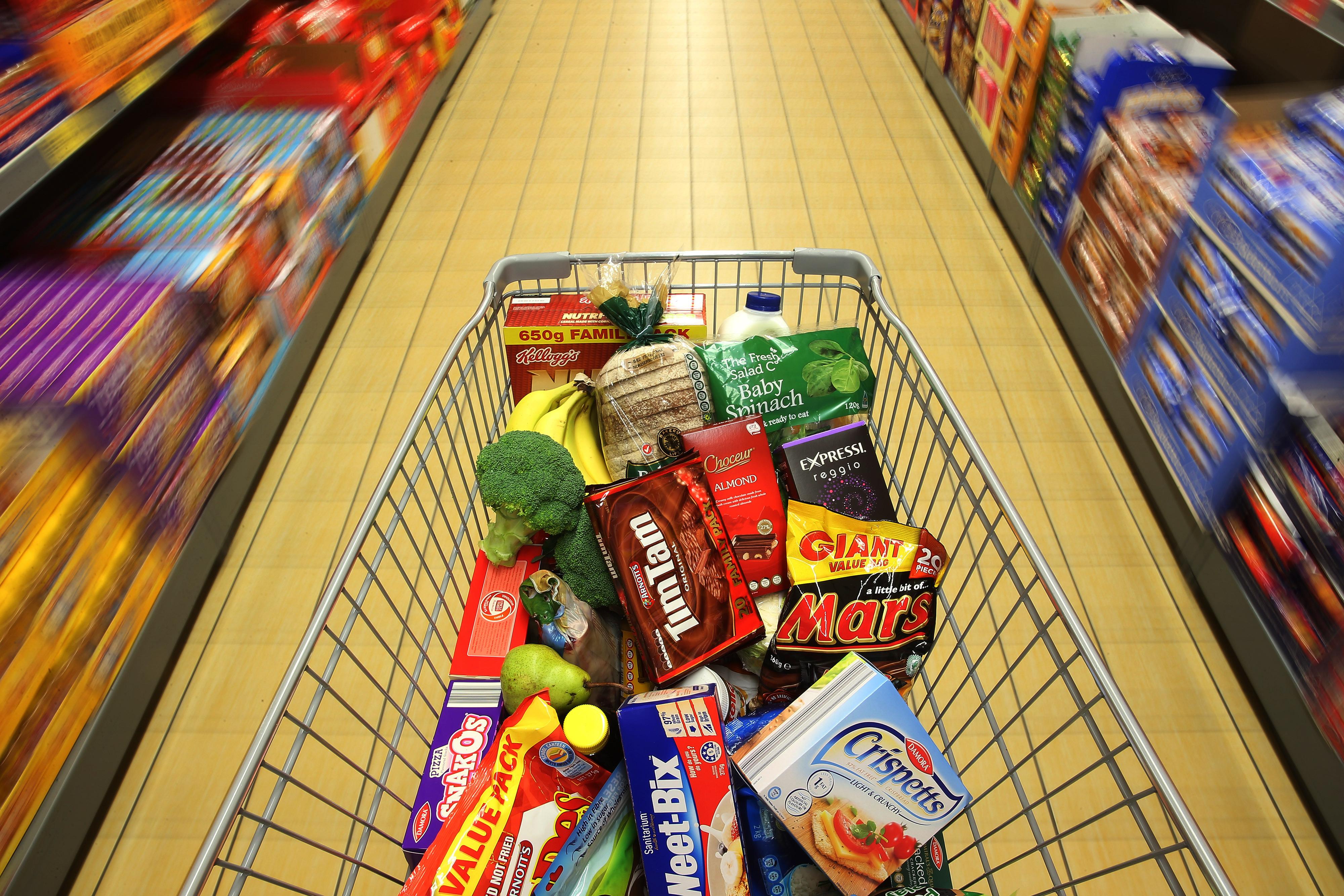 Which is often a godsend at Christmas.

But when supermarkets don’t have your specific item in stock, they’ll often substitute it for something similar.

It doesn’t always hit the mark, with outraged shoppers sharing their worst and most hilarious experiences of a substituted shop.

Think candles instead of pudding, desserts instead of bathroom cleaner and possibly the worst of all – HP sauce instead of cranberry for Christmas.

A tweet which sparked the outpouring of shocking stories has since gone viral and been liked more than 6,880 times.

It said: “I've just seen my substitution list for my shopping delivery.

The floodgates then opened, and it seems online food shopping is a riskier business then we ever thought possible.

Another person added: “I managed to have apples substituted with apple scented bleach.

“The substitution was a red cabbage.”

A third person said: “I once had a toffee pecan roulade substituted with a vanilla candle.”

This mix-up doesn’t sound so bad: “My friend ordered orange and they sent terrys chocolate organs instead.”

And this person sounds like they had the Christmas from hell, posting: “One year turned up on Christmas Eve saying nonchalantly there weren’t any turkeys or potatoes.

“No substitutions or apologies, or apparent awareness that these are fairly important for a Christmas dinner.” 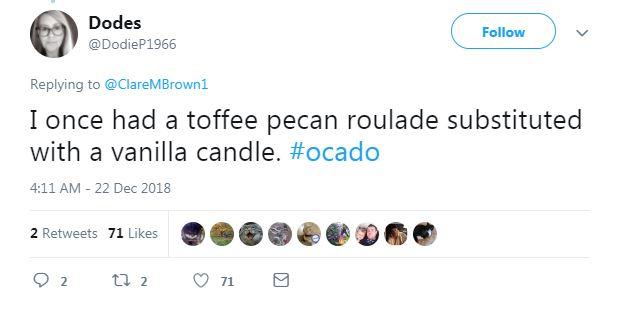 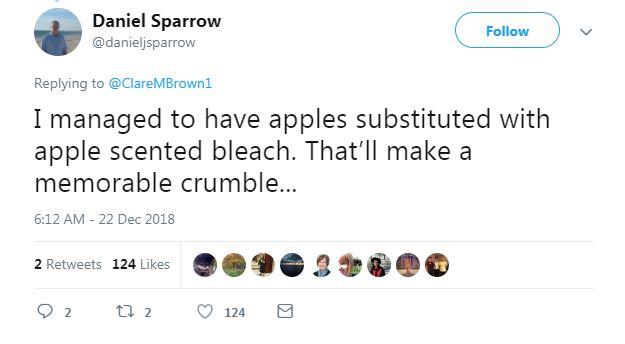 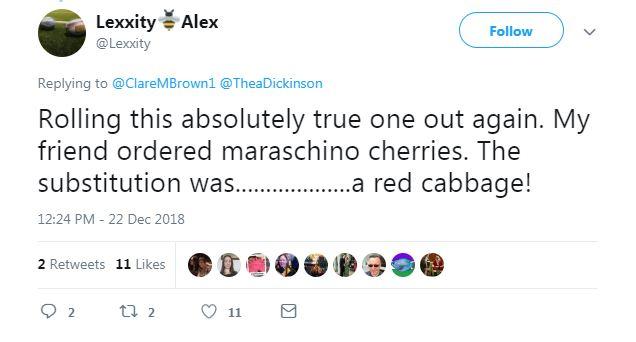 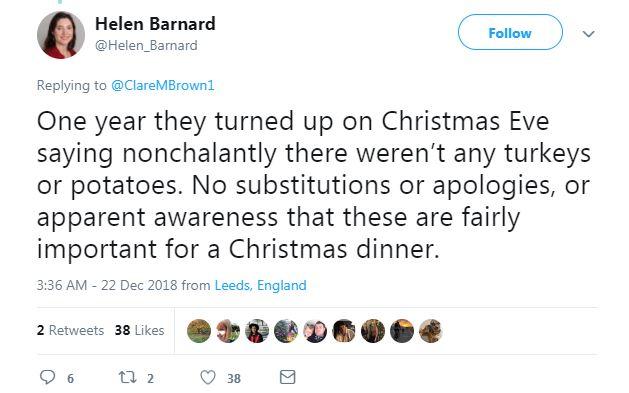 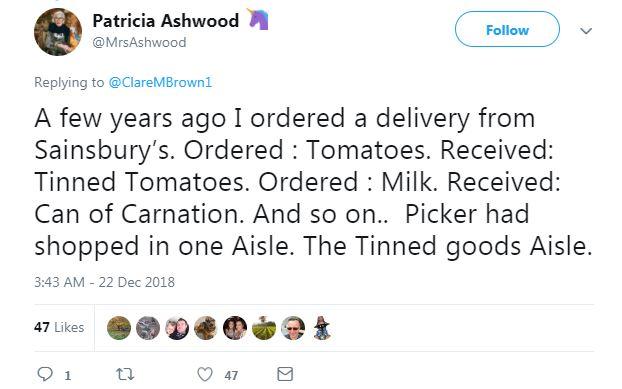 This person has a very specific picker, sharing: “ A few years ago I ordered a delivery from Sainsbury’s.

“Ordered: Milk. Received: Can or carnation. And so on.”

Plus what could be the most disappointing switch ever, this person tweeted: “Ordered a bottle of vodka once and had it replaced with a cauliflower.”

Plus here’s how to wrap the most awkward of gifts this Christmas — including bottles.

This is why you should check your Christmas tree for walnut-shaped clusters.

And this mum has been branded selfish for buying so many presents you can barely see her tree.