Little Eliza Hobbs spent five days in a medically induced coma after a sniffle developed into a full-blown chest infection which saw her being rushed to hospital. 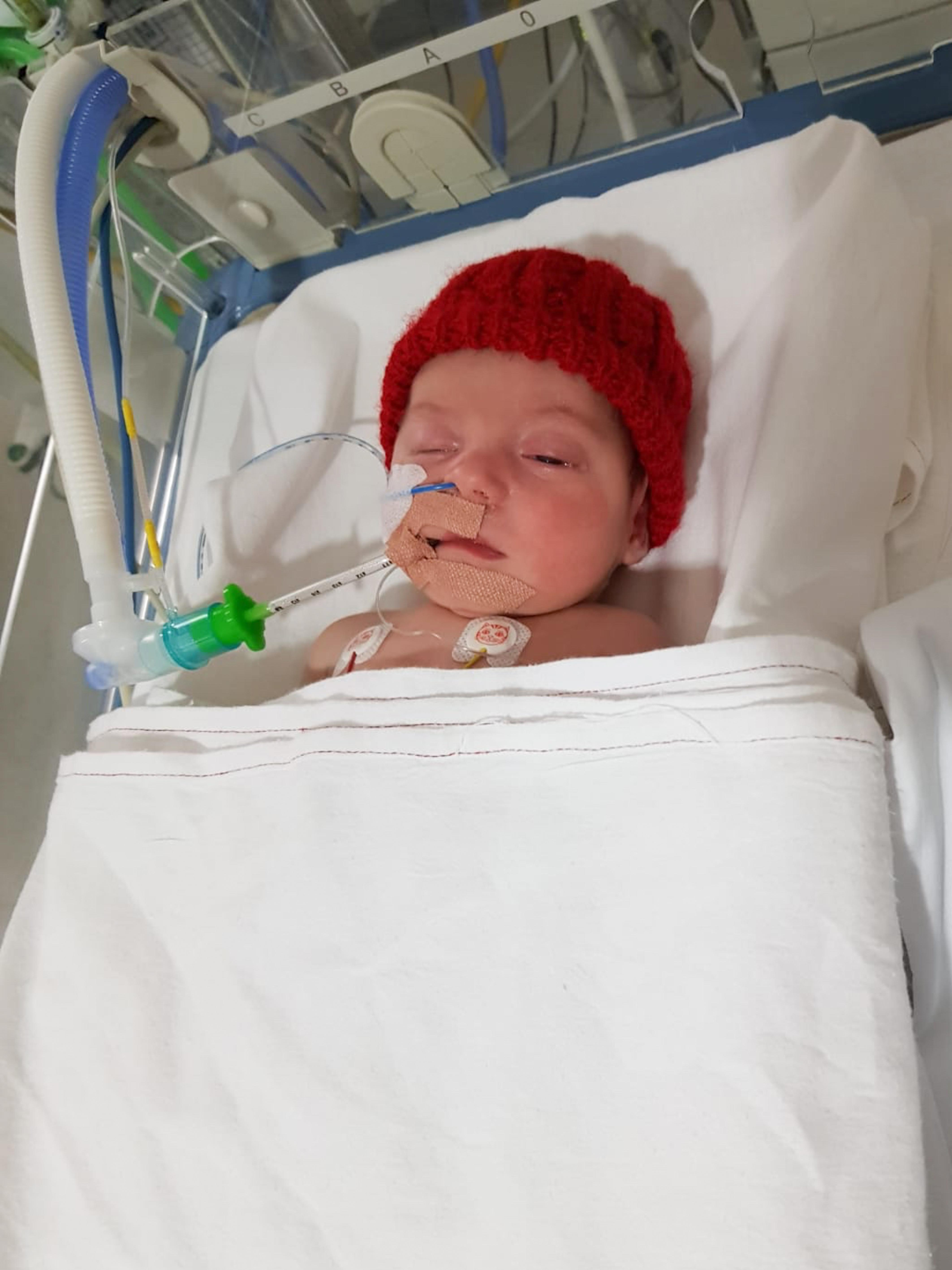 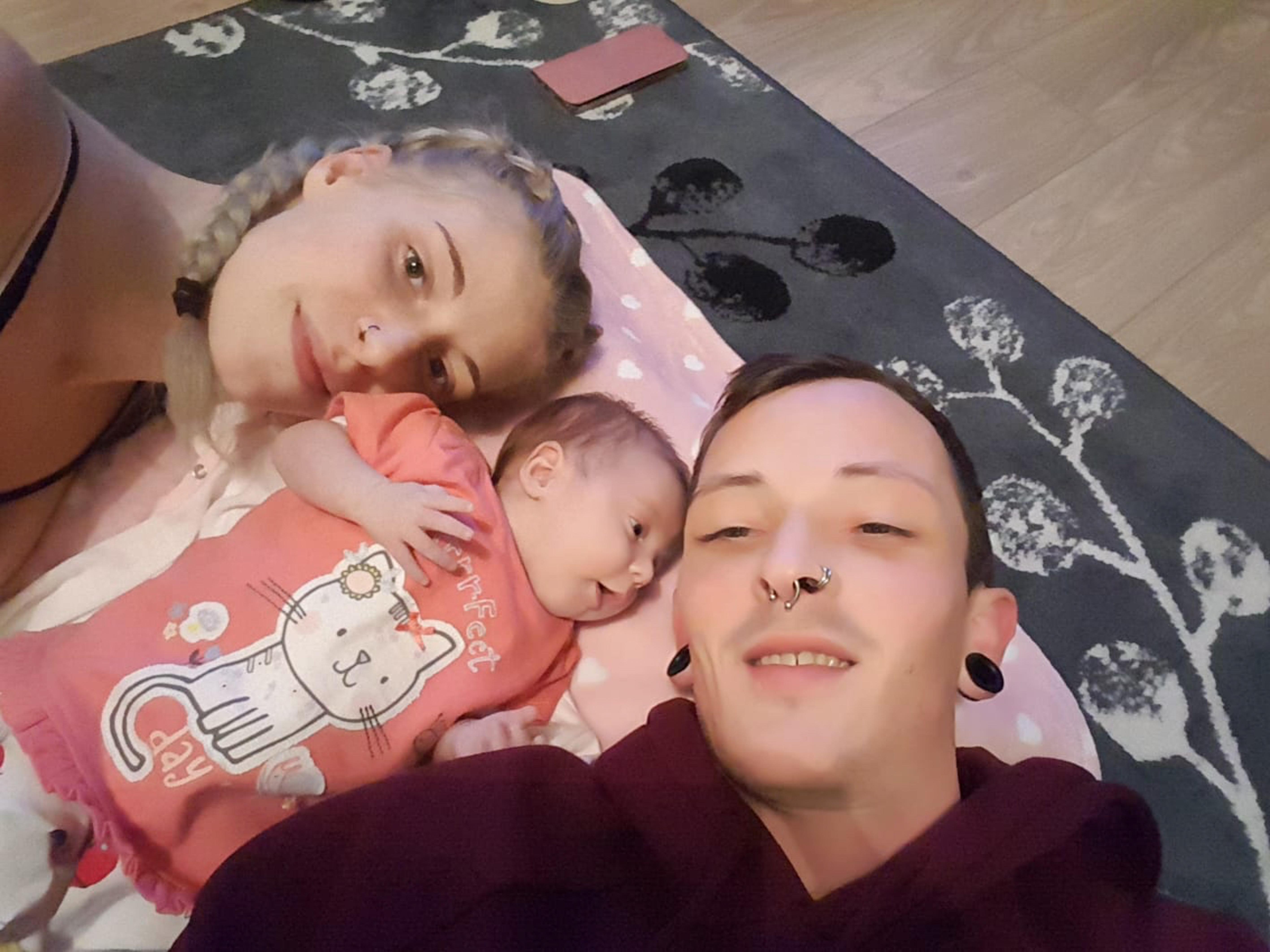 Now dad Thomas and mum Sophie Hobbs, are warning other parents to wrap their babies up warn and to stop other people from kissing them after sharing a shocking of doctors performing CPR to keep Eliza alive.

Thomas, 27, from Billingham, Co. Durham said: "A simple loveable kiss could have killed our baby.

“The message I want to get out there is if anyone has a cold don’t let them kiss your baby. It can be passed on through colds, cold sores, viruses.

“Make sure you wrap your child up warm and that you have plenty of blankets when you take them out, even if it’s just nipping to the shop. 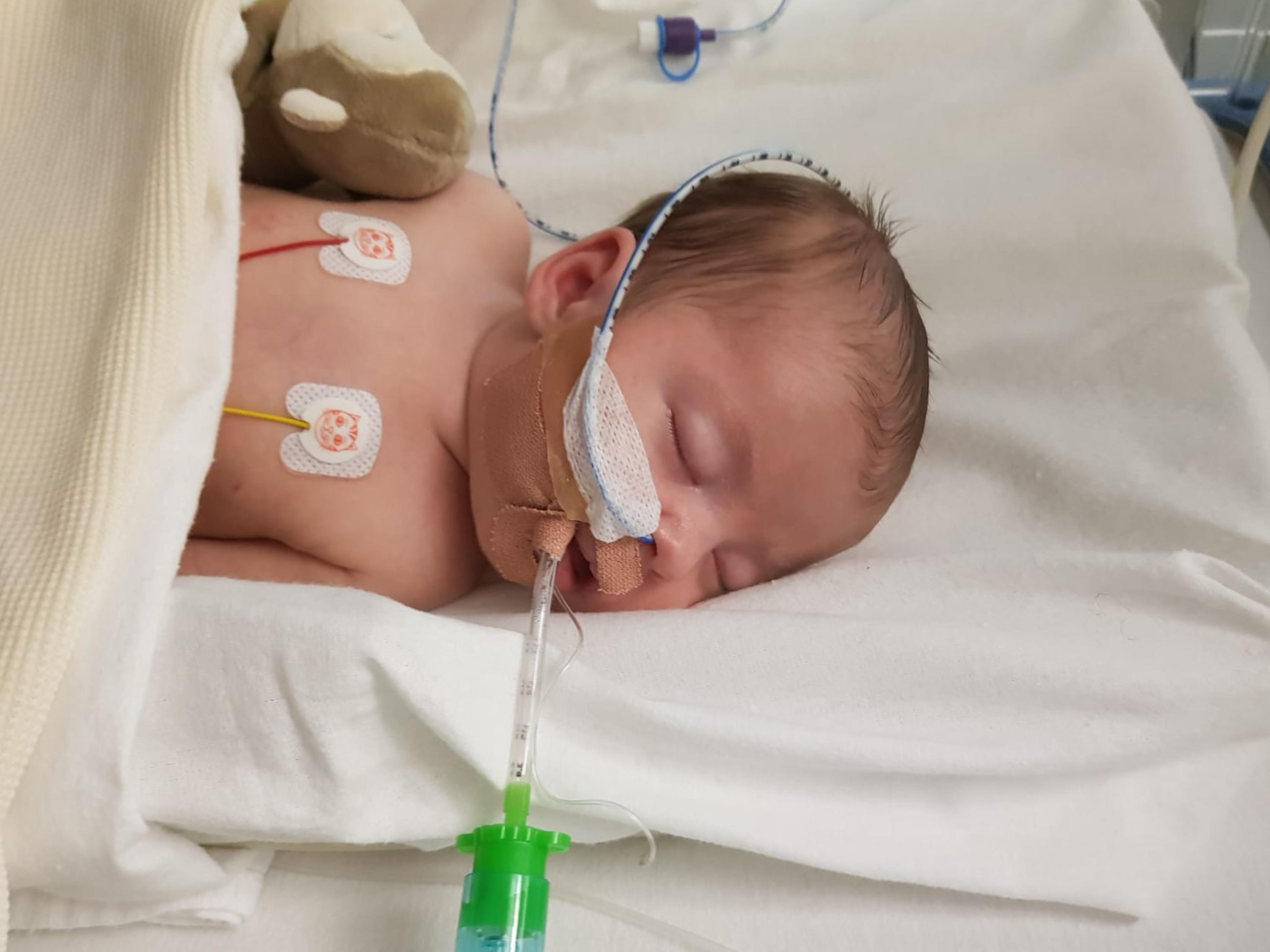 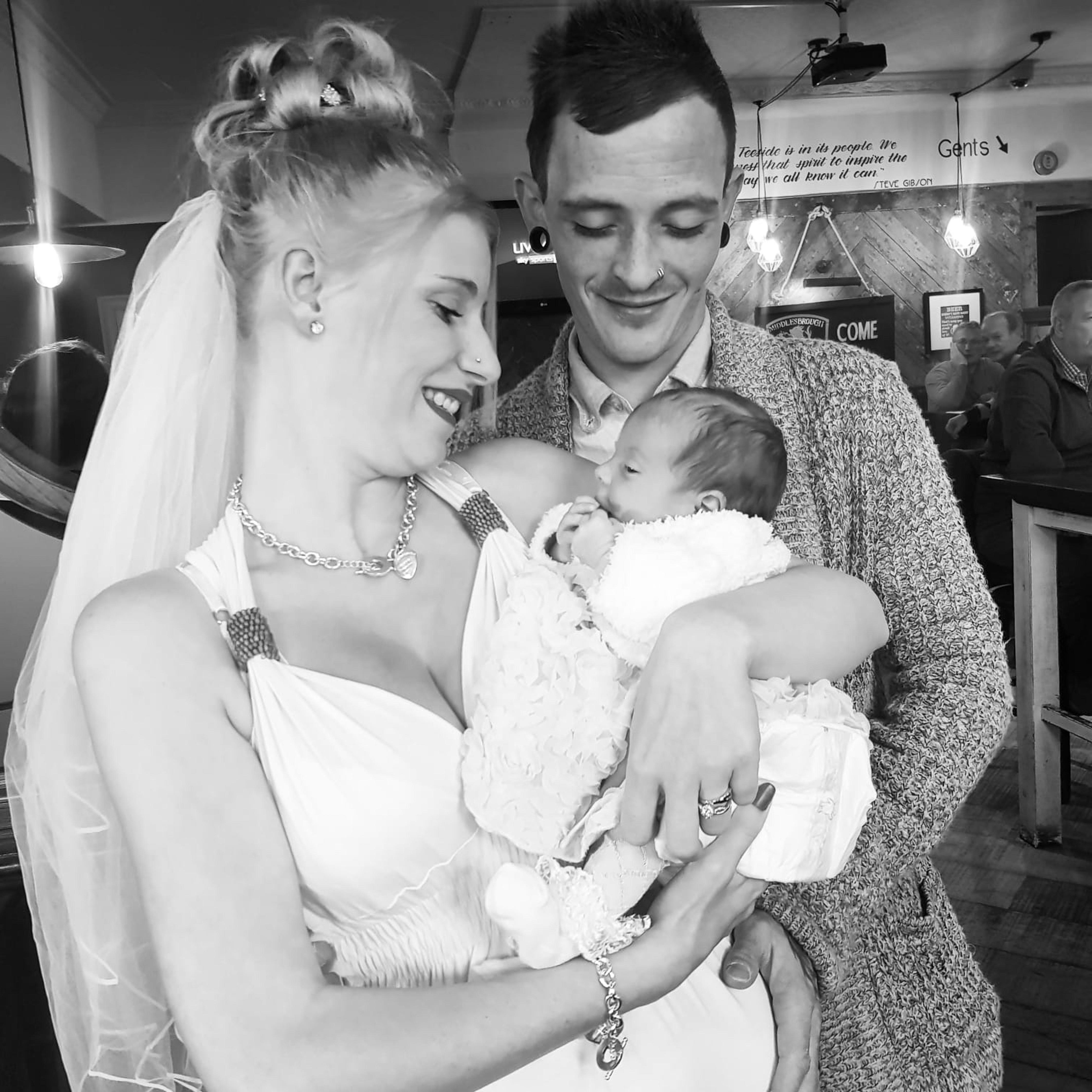 “We are very protective parents and this still happened to us. We don’t know where she picked it up from but it could have been deadly.

“People need to make sure they wash their hands – simple things like that and if they’ve got a cold stay away until it’s gone.”

The full-time dad said that the pair initally took Eliza to the doctor after she developed a cough and "sniffles".

They were later sent home and told to keep an eye on her.

Five days later, Thomas found the baby unresponsive and lifeless in her cot. 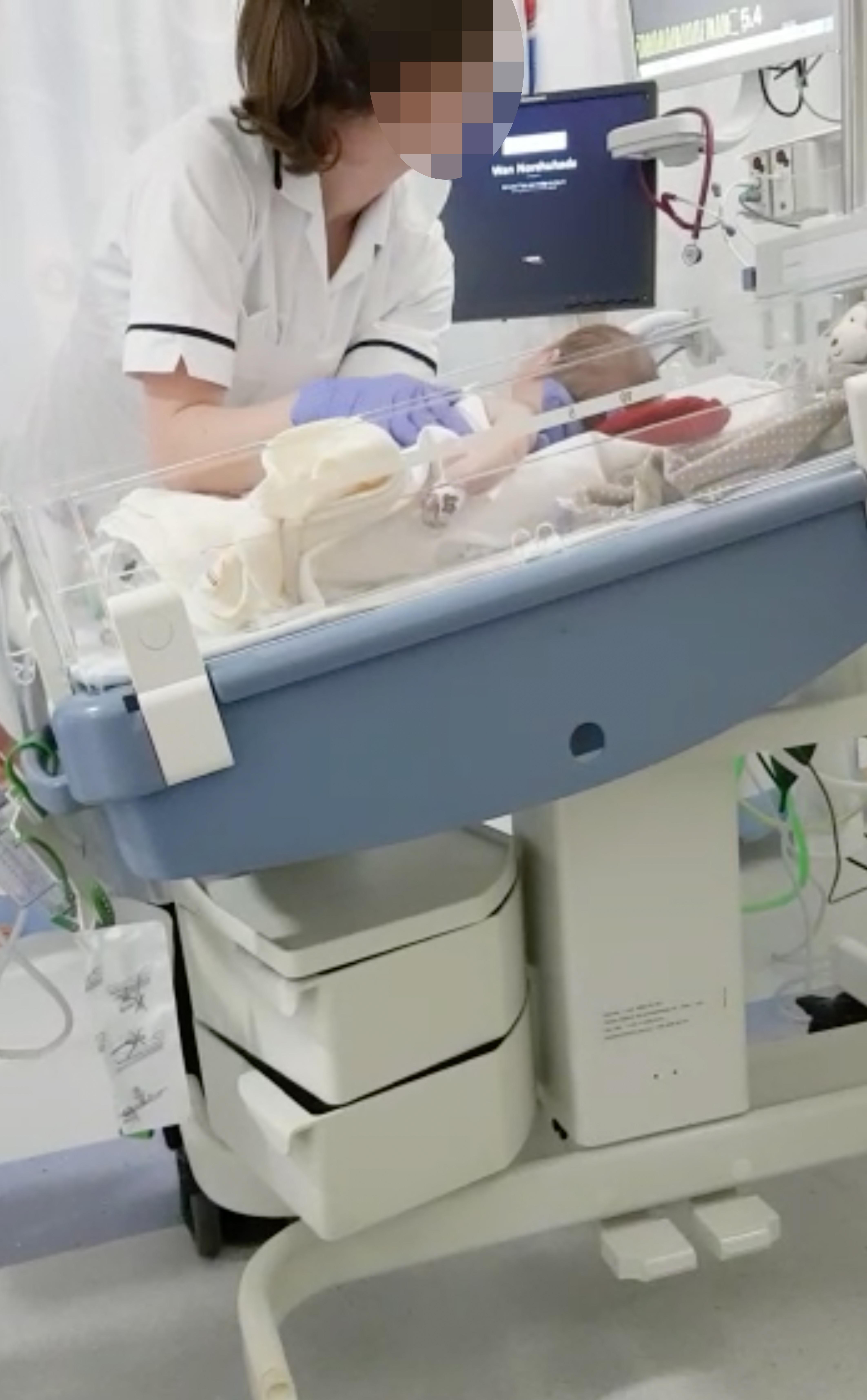 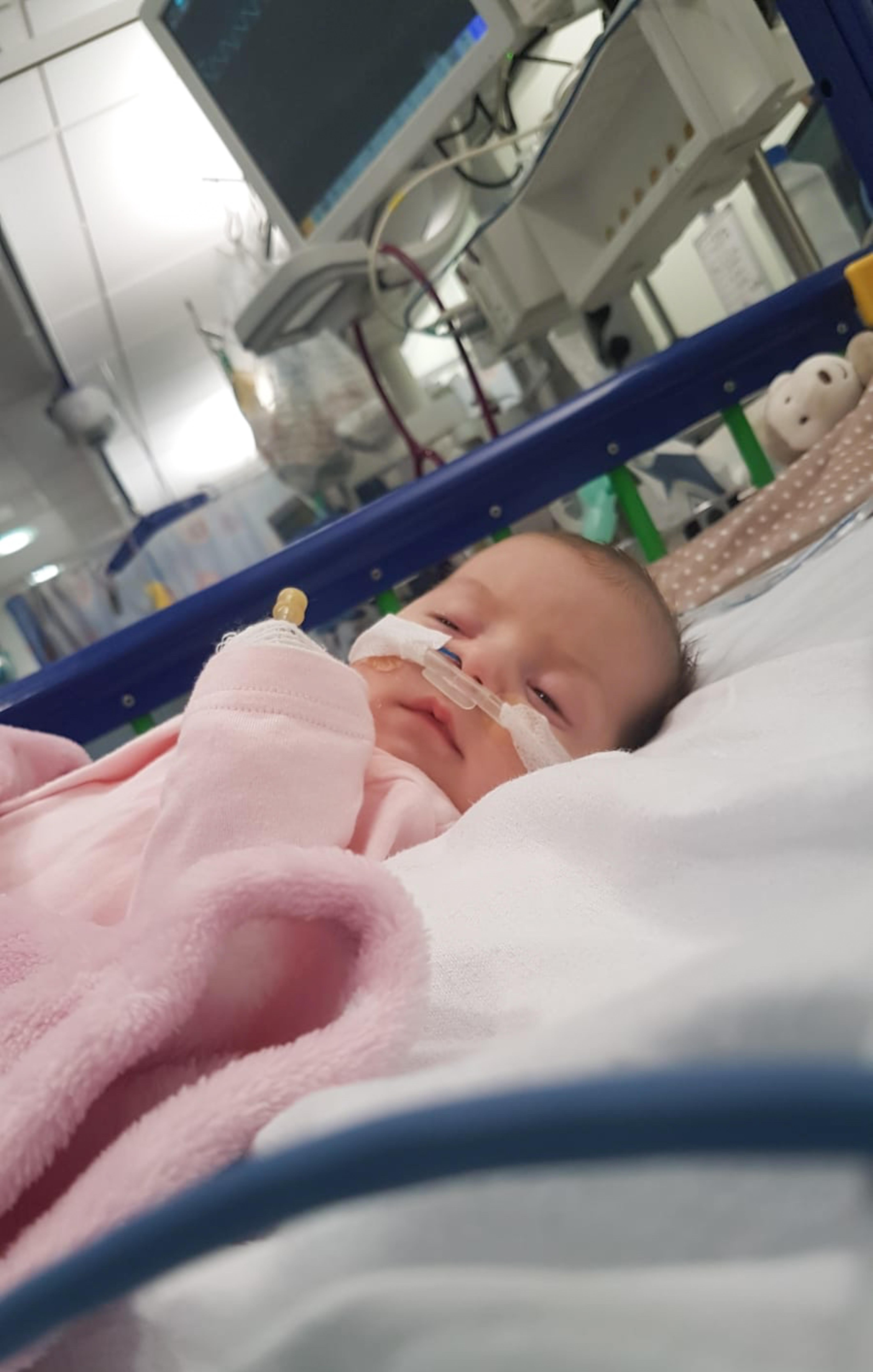 Thomas said: “I went in to see her and she was lifeless. She was really pale and wasn’t responding. I knew there was something really wrong so I phoned an ambulance.

“There was this feeling of dread and absolute fear. We were thinking is she going to pull through or is this the end for her.

“When we got to the hospital she was put into a little cot and on high flow oxygen.

“She suddenly went blue and 20 doctors rushed around the bed. It felt like we were in the centre of an earthquake – like we’d been pushed to the back of the room and all we could do was watch our daughter and we couldn’t do anything to help her. 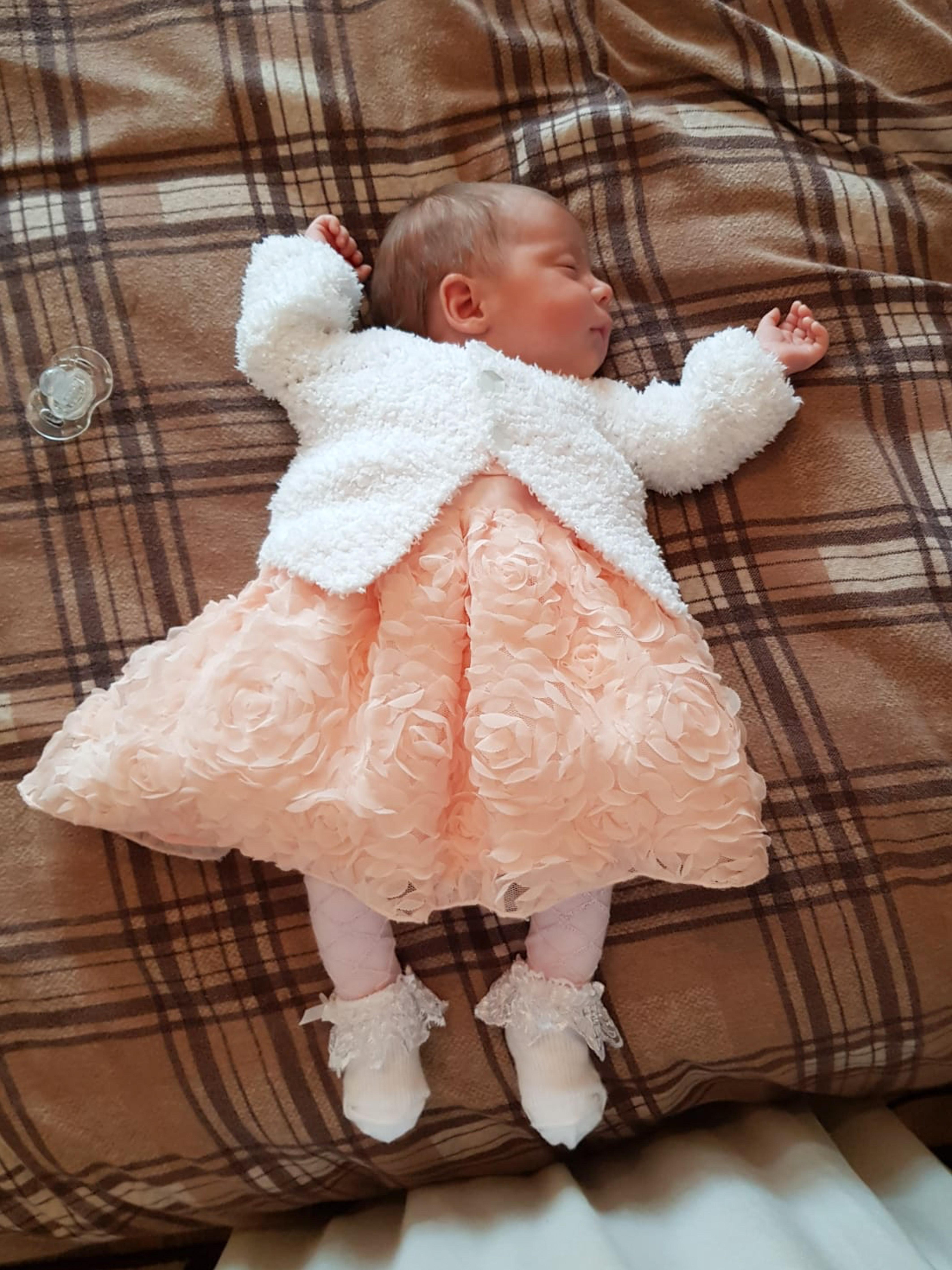 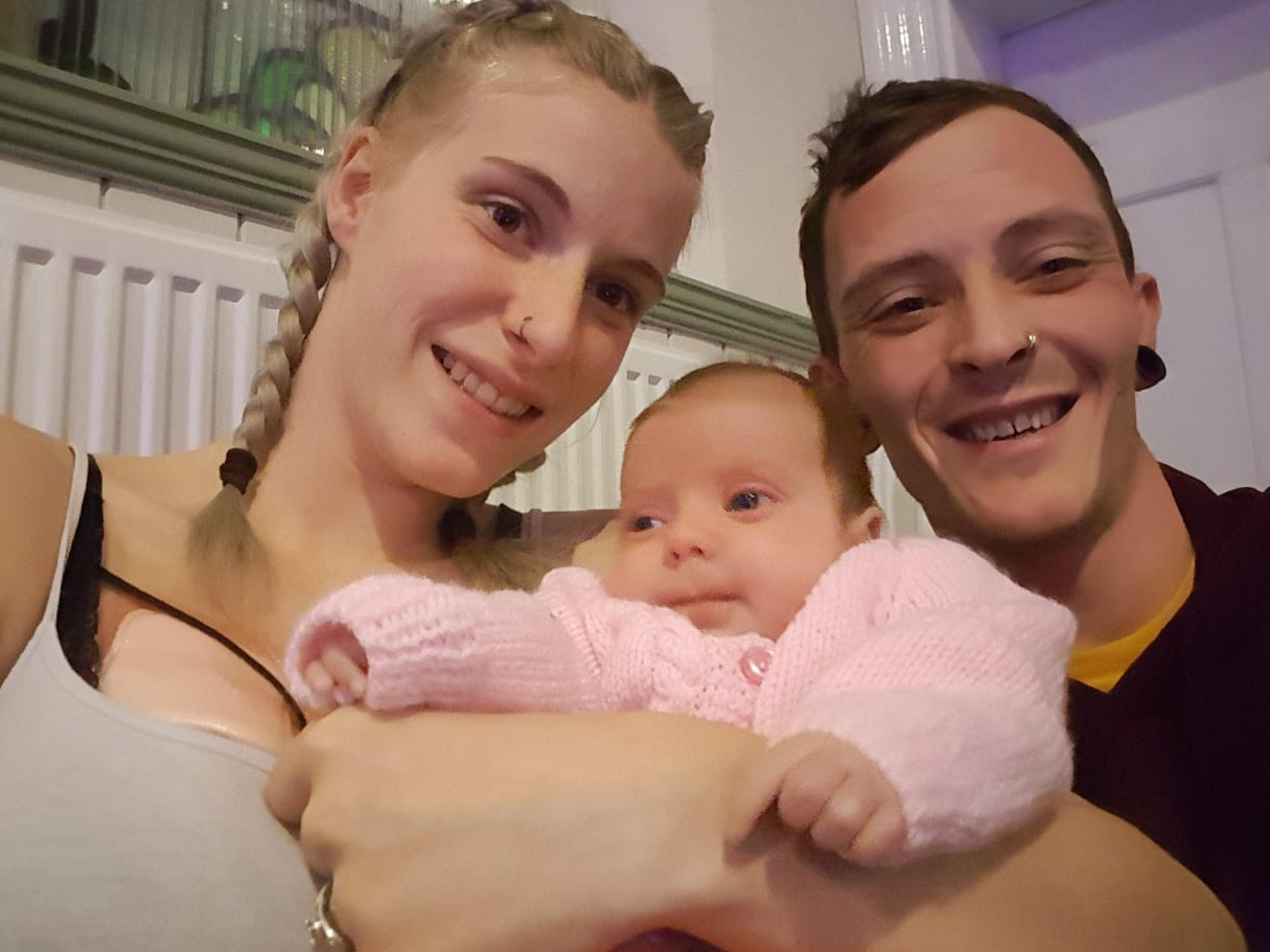 “At that point, we thought we’d lost her. They were performing CPR on her.

“She stopped breathing for about a minute but they managed to bring her back round.”

Eliza was transferred to another hospital before being placed into a medically induced coma.

Doctors could hear secretions in her chest, which they eventually put down to a chest infection – although Eliza's parents believe that she had bronchitis. 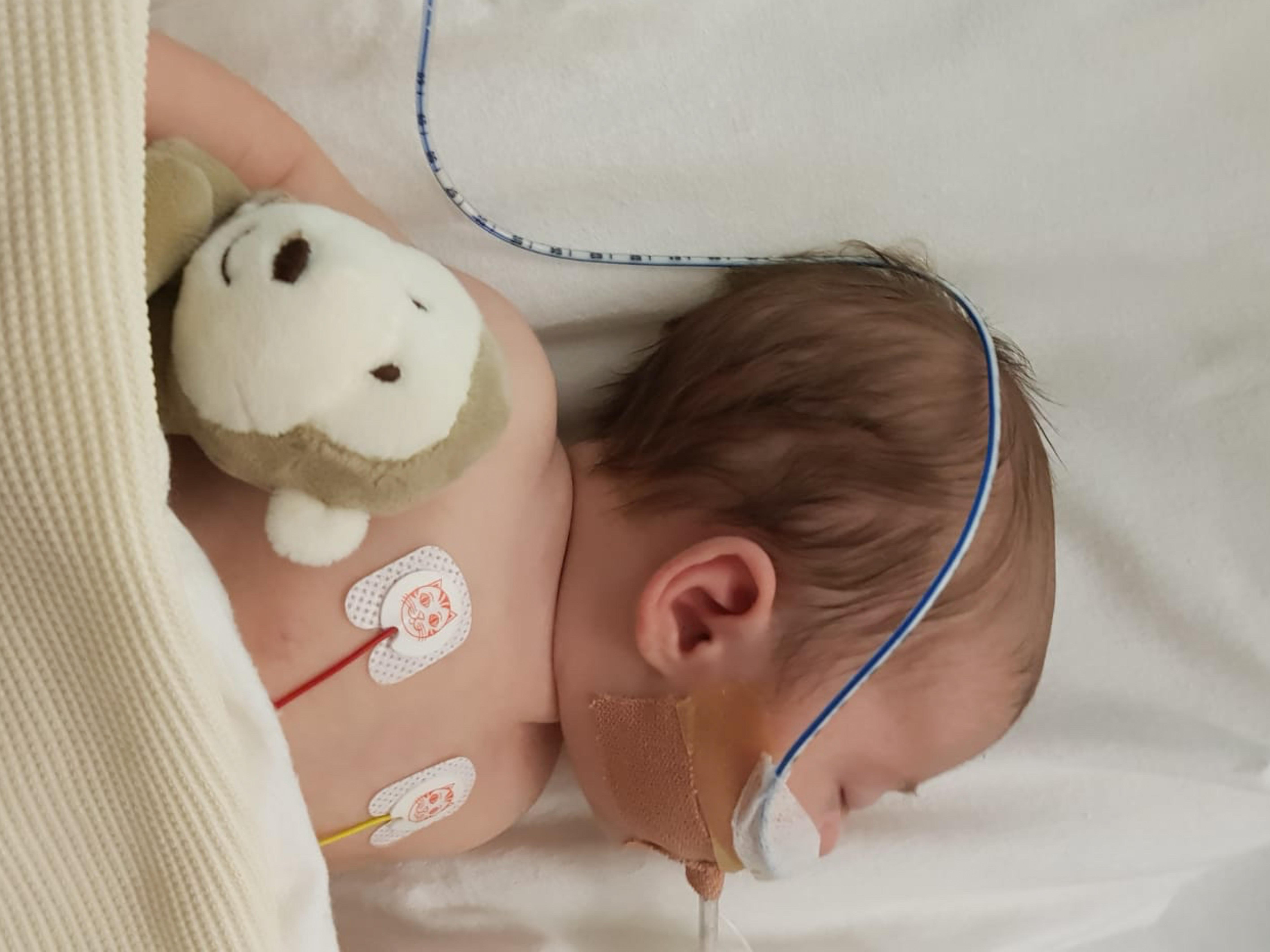 “It was the worst scenario we could imagine. We just stood at the end of the bed and couldn’t take our eyes off her.

"We thought we were going to watch her take her last breath.

“She was in coma for five days and three or four times they had to perform CPR because she stopped breathing.

“It could have been a cold that would have just passed had it been an adult but it developed into a massive chest infection which became life-threatening.”

Thankfully, Eliza is now set to make a full recovery. 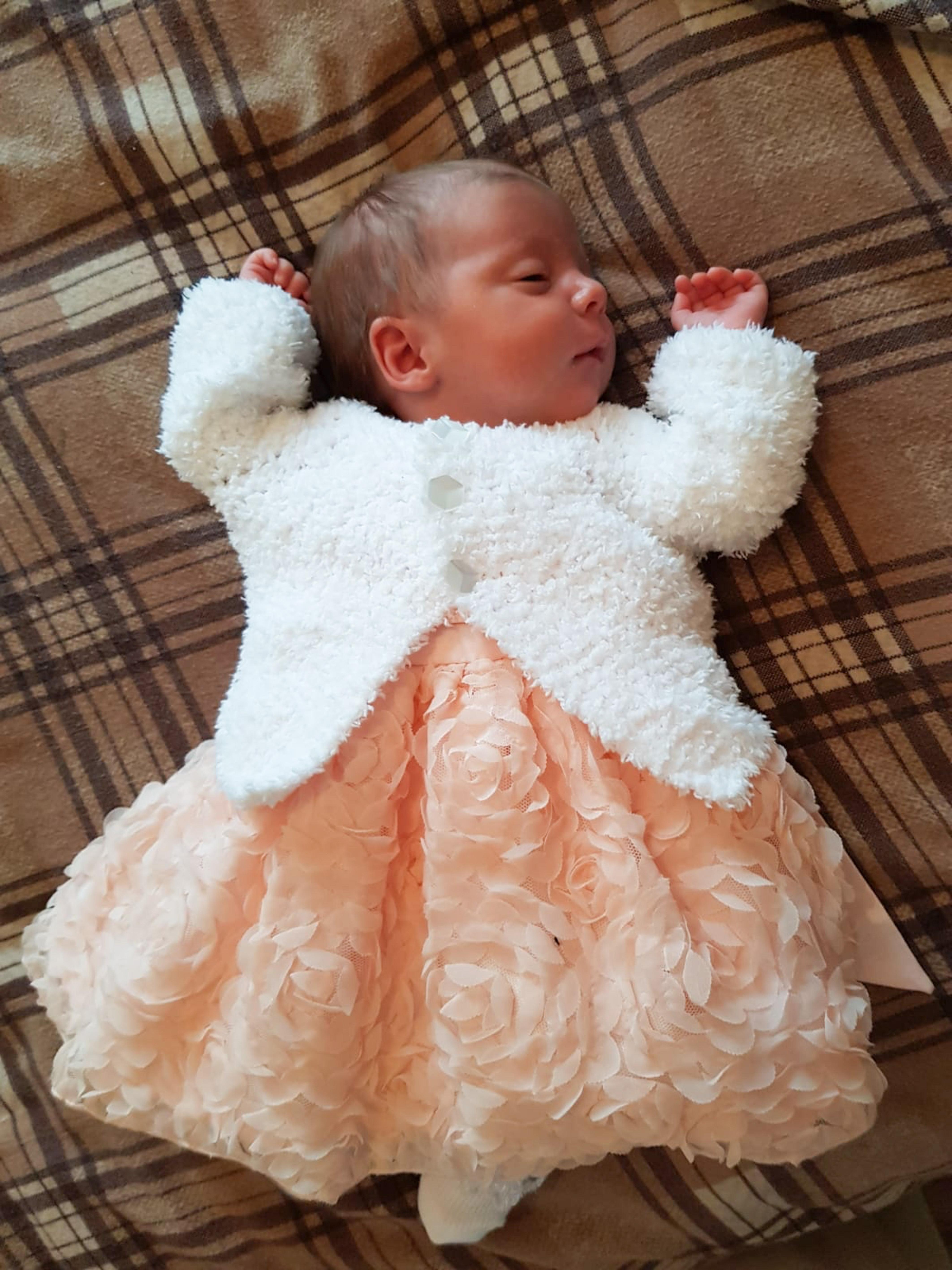 Thomas said: “When she came round properly she couldn’t cry. She sounded like a purring kitten because of the swelling on her chest and in her windpipe.

"It’s like you could sense the pain and confusion. It really upset us.

“Everyday she’s getting a bit better and less chesty. Bringing her home was amazing – just being able to give her that safety and security and she could become part of the family.

“She’s a little fighter. She fought when she was born and she’s had to do it again.

“She’s mischievous and she’ll burst into these little smiles and giggles. She’s beautiful and I wouldn’t have her any other way.

Full-time mum Sophie took to social media to warn others about the damage a single kiss can do to tiny infants.

“I just want to warn all parents as it is heartbreaking for me and my husband to see our baby girl like this.

"Please do not let other people kiss your baby.”