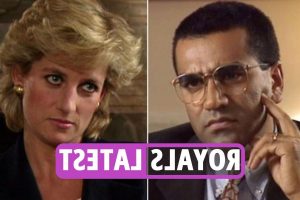 PRINCE Diana would still be alive today if she had not been “conned” into speaking to Martin Bashir, her pal has sensationally claimed.

Simone Simmons says the 1995 BBC Panorama interview, with its “three of us in the marriage” comment, led to Diana’s divorce from Charles before her tragic car crash.

She claims Bashir poisoned the princess with lies — insisting her phones were bugged and staff were selling stories — to win her trust.

At 2pm today retired Supreme Court judge Lord Dyson, 77, will publish the findings of an independent inquiry into how Bashir, 58, obtained his scoop.

Spiritual healer Simone, 61, has given evidence to the inquiry which also looked at whether the journalist used forged bank statements to convince Diana’s brother Earl Spencer to persuade her to appear.