Princess Eugenie wedding: The royal’s dress had this secret nod to Sarah Ferguson

Princess Eugenie and Jack Brooksbank married at Windsor castle after dating for seven years.  The Princess of York is the granddaughter of Queen Elizabeth II, 93, and is tenth in line to the British throne.  She is also the daughter of Sarah Ferguson and Prince Andrew, both 59.  Princess Eugenie is thought to have a close relationship with her family and used her dress to give a sweet nod to the Duchess of York and the Royal Family.

When Eugenie married on 12 October 2018, she opted to have her priceless wedding dress specially made.

The Princess of York wore a silk, cotton and viscose blend dress which had a fitted bodice and full pleated skirt that lead into a train.

The back featured a bow-like fold and had a low back to show of the scar she has from the surgery she got from a childhood operation for scoliosis.

She matched the dress with a pair of peep-toe satin heels from Charlotte Olympia. 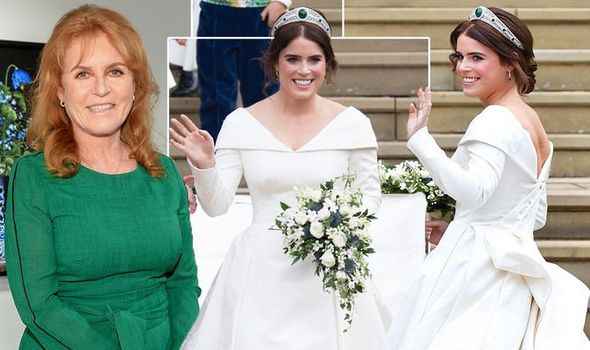 What did her dress mean?

Eugenie ensured the dress was personal to her and it included four symbols that were central to her and Jack.

She also made sure to honour her mum’s Irish heritage and made sure there was a shamrock included to represent Sarah Ferguson’s family.

Eugenie also gave a nod to her tight-knit family by including the York rose.

Acknowledging her wider family, the silhouette was similar to dresses worn by both Kate Middleton and the Queen. 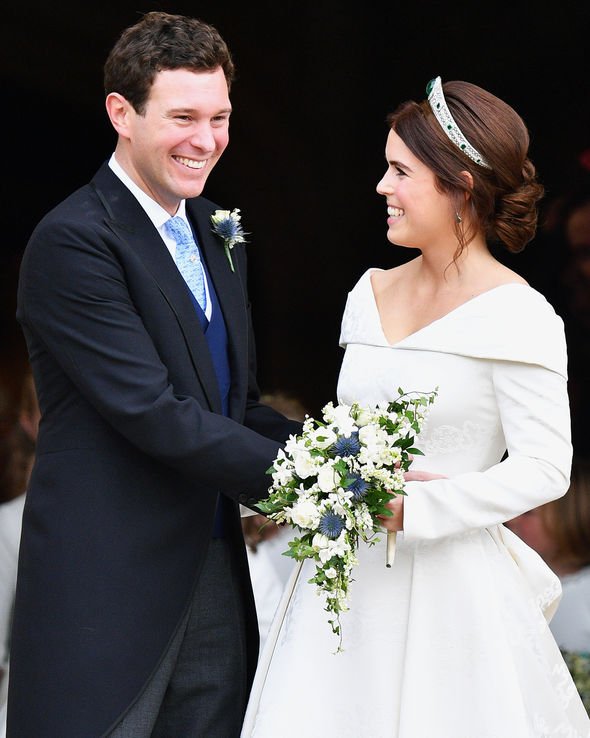 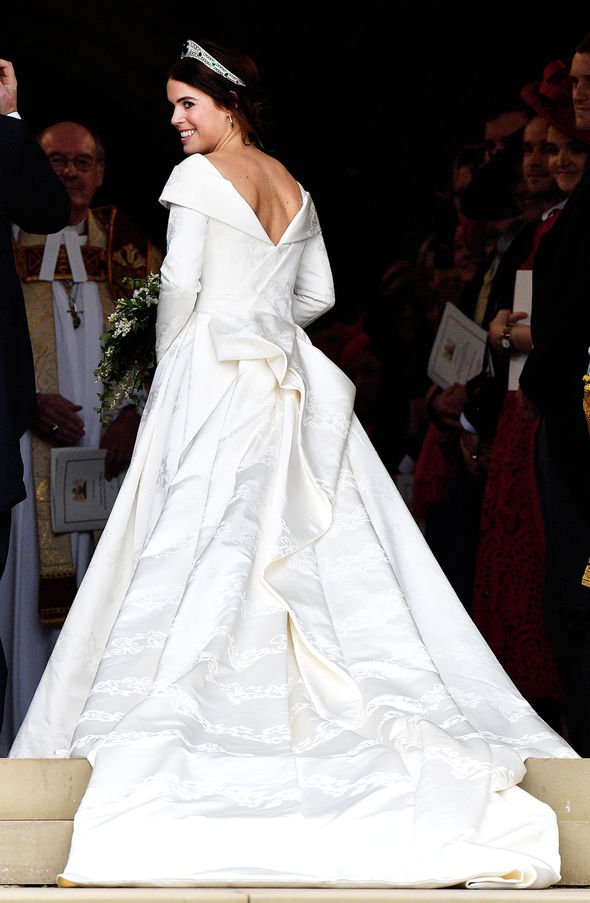 The fit and flare design and full pleated skirt had similarities to the Alexander McQueen garment the Duchess of Cambridge wore to her own wedding.

It was expected that Eugenie would wear the York tiara like Sarah Ferguson, but instead she opted for the Greville Kokoshnik tiara.

This featured a central emerald which also linked back to Sarah’s Irish roots.

Sarah Ferguson was gifted the £230,000 York tiara before her wedding to Prince Andrew in 1986.

Even though the couple divorced ten years later, Sarah is believed to still have the pricey headpiece.

END_OF_DOCUMENT_TOKEN_TO_BE_REPLACED

END_OF_DOCUMENT_TOKEN_TO_BE_REPLACED
We and our partners use cookies on this site to improve our service, perform analytics, personalize advertising, measure advertising performance, and remember website preferences.Ok